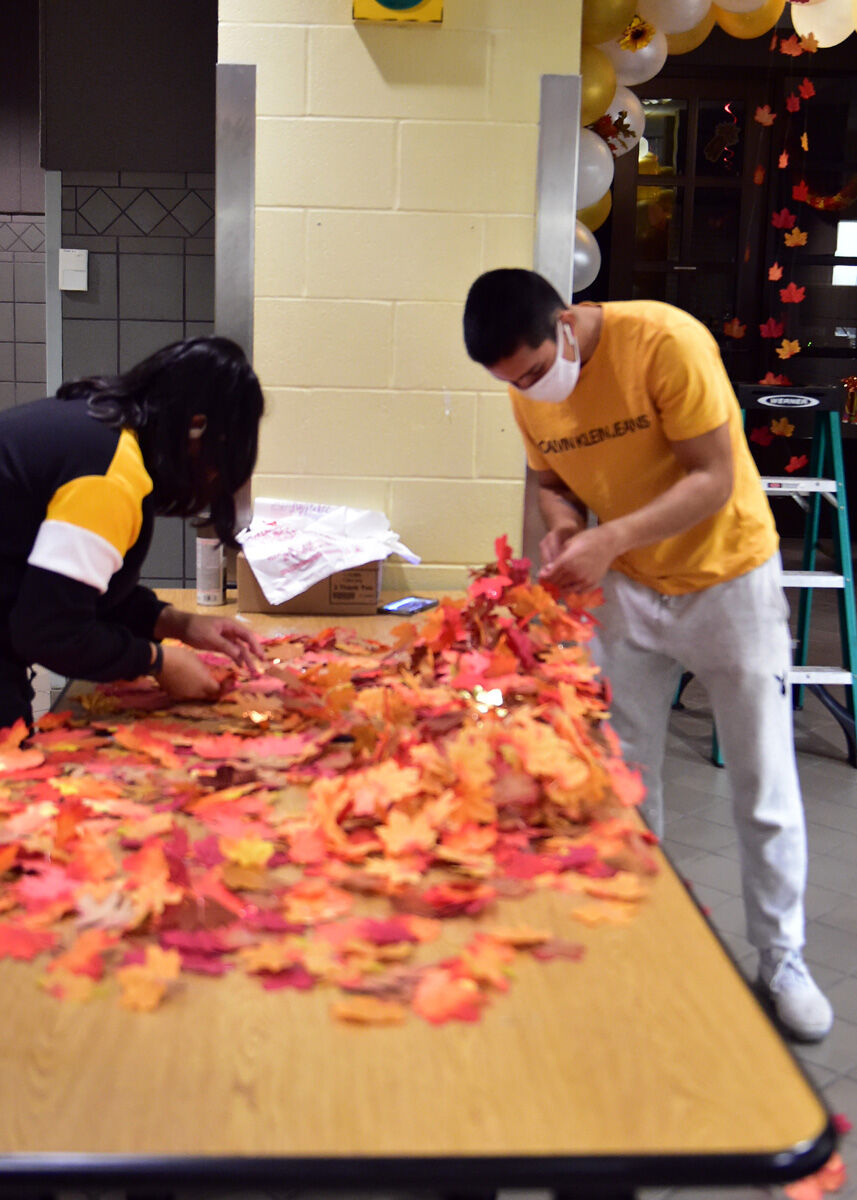 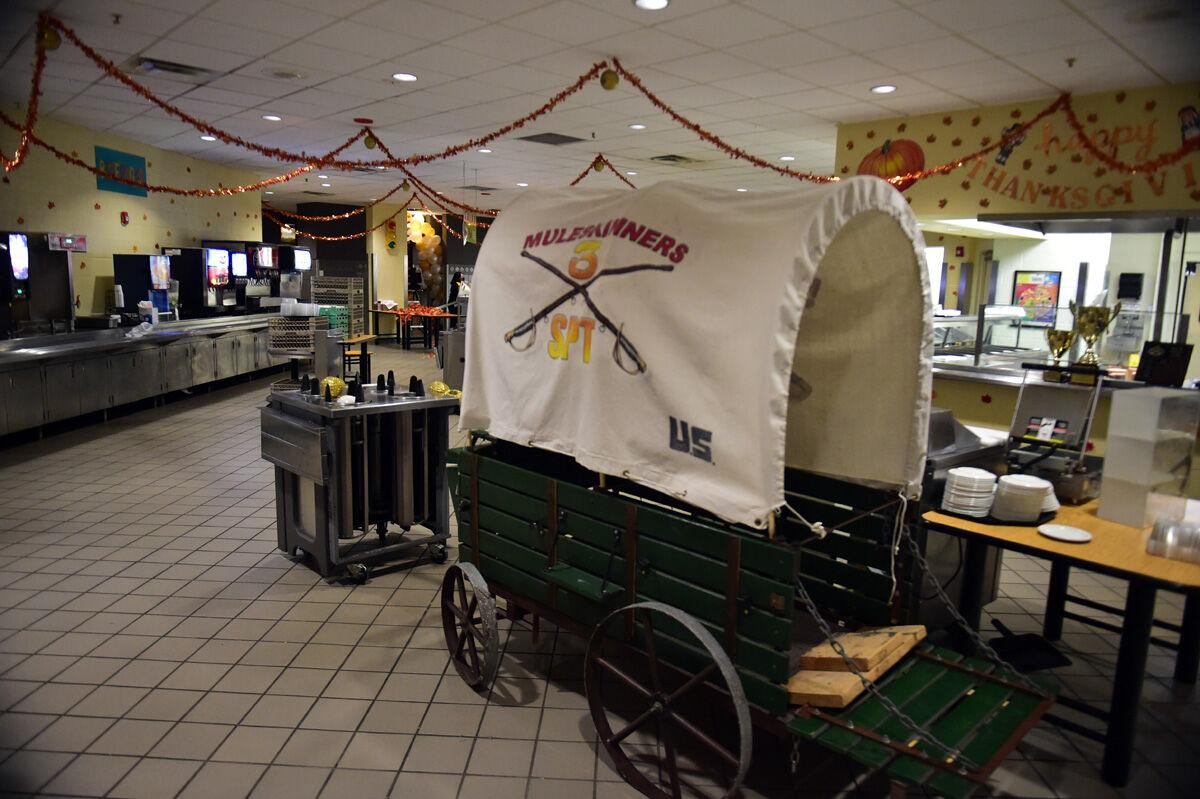 Theodore Roosevelt Hall goes through a complete makeover Monday evening into Tuesday morning in preparation for Thanksgiving dinner. III Corps leaders toured all dining facilities as part of a contest. 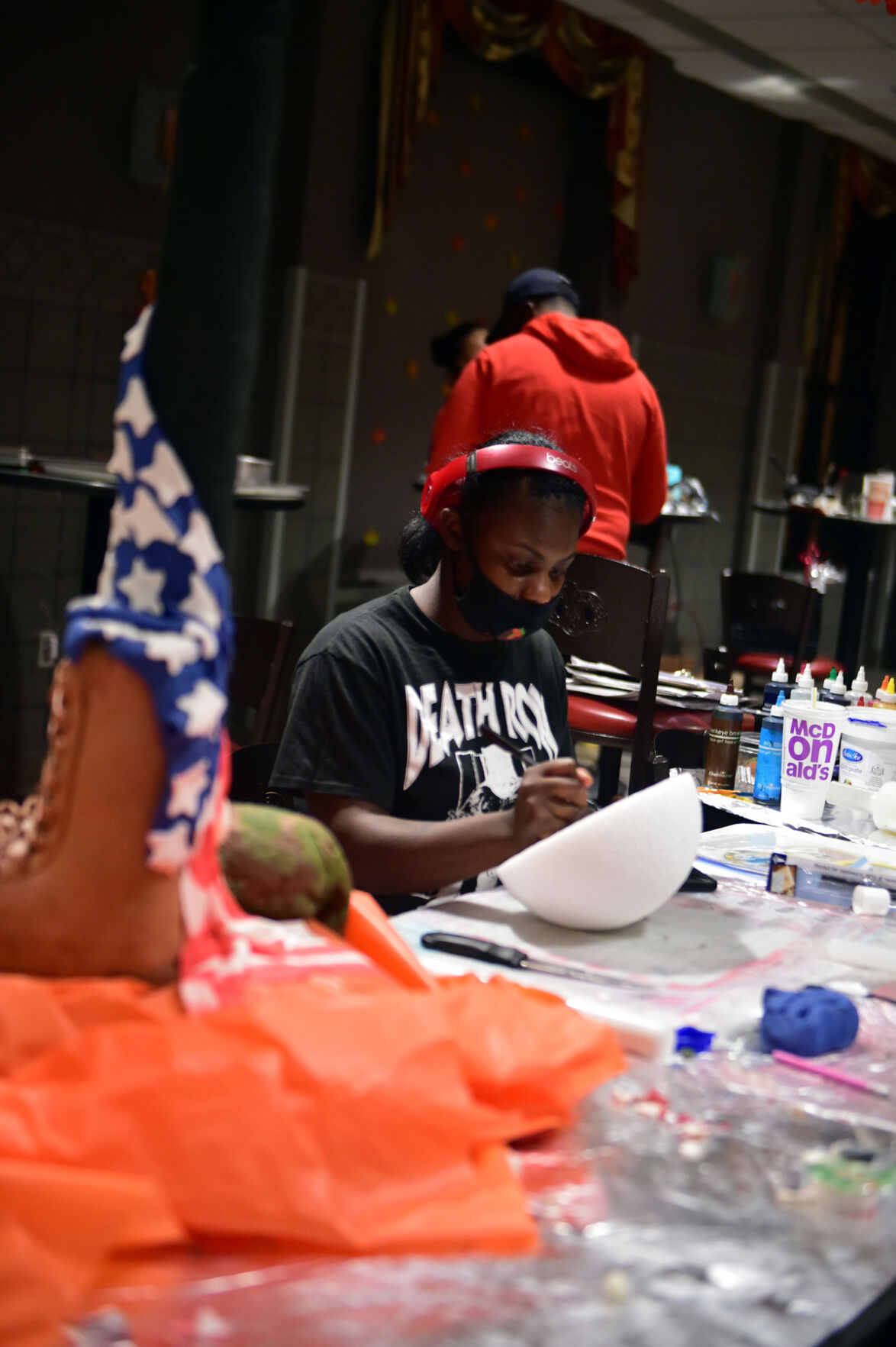 Theodore Roosevelt Hall goes through a complete makeover Monday evening into Tuesday morning in preparation for Thanksgiving dinner. III Corps leaders toured all dining facilities as part of a contest.

Culinary specialist Soldiers across Fort Hood have spent days and weeks and months preparing for what is the equivalent to their Super Bowl event of the year – Thanksgiving. This year, Thanksgiving dinner was served Tuesday.

All Soldiers at some point in their career have seen the end result of the all the efforts Soldiers assigned to dining facilities put in, but few know that those efforts begin six or seven months before Thanksgiving, according to Sgt. 1st Class Luz Simmons, Theodore Roosevelt Hall dining facility manager.

“We start early to see what we’re going to get, like all the stuff that we need, because we’ve got to start from scratch, because almost every year it’s different things,” Simmons, a 3rd Cavalry Regiment trooper, said.

For all the creative displays and menu items that Soldiers see in the dining facilities over the holiday, they are actually all still operating within the constraints of an overall plan coming from Army headquarters, Chief Warrant Officer 5 Brock Sanders, III Corps senior food service advisor said.

“So what happens is, Fort Lee will actually send out a menu or a template to every dining facility, every installation in the Army, and that’s our blueprint that we go off of,” explained Sanders. “Based on the items on that menu, those are the items that you have to serve. We have to make sure that those items are actually cataloged, and we can order those items. If they are not, we do what they call a special order because they are seasonal items. So we do special orders for some of those items that are hard to get because we don’t use them throughout the year.”

It is all a huge logistical undertaking to pull off an event like this, Sanders said.

“I’ve been doing this for like 30 years, and I will tell you that behind the scenes, it’s complicated,” Sanders said. “Think about it. Food preparation is about chemistry for the most part. You’ve got a have a team, you’ve got to have a passion for doing these things. It’s very challenging, because you’ve got to bring a team together that has the same focus and the vision of the DFAC manager. They’ve got to be able to put that into their display, cornucopia, their cakes ... so it’s a lot that goes on behind the scenes.”

In the hours before the Fort Hood dining facilities opened, the scene at Theodore Roosevelt Hall was a flurry of activity. It lasted throughout the night and well into the morning as Soldiers put the finishing touches on decorations, displays and the food to be served.

“It gets chaotic, I’ll tell you,” Sanders said with a chuckle. “The day prior to Thanksgiving, or the night prior, it gets very chaotic, because that’s when the team actually comes in and assembles everything. So were talking about hours and hours of preparation just behind the scenes. Putting it together the morning of as well. You’re also talking about putting out the food items and making sure they are set up according to Army standards and those types of things. So it’s a very complicated system. I know it seems simple to customers, but behind the scenes for the food service workers, it’s a huge logistical challenge.”

It is the ultimate team effort to pull off an event like this, according to Sgt. 1st Class Jigna Pancha, another dining facility manager at Theodore Roosevelt Hall and 3rd Cav. Regt. trooper.

“Right now, they are doing a whole bunch of cornucopias and doing them from scratch ... So everything comes from expertise and learning how to do it,” Pancha said.

But what about the younger Soldiers who have never been a part of a meal prep this large in scope?

“We use YouTube to learn how to do stuff and to learn new techniques,” Pancha said. “We also have a lot of Soldiers in the dining facility who have been to culinary school, so we use them to assist the rest of the Soldiers with the techniques to get the vision to come to life.”

But do these culinary specialists actually enjoy all the work that goes into making this meal a success?

“It’s like our Super Bowl,” Sanders reaffirmed. “Every year, it’s something that we can’t wait to do. The Soldiers get very enthused about it. It’s a wonderful opportunity for them because that’s the day that they actually get to display their skillsets, and people actually see what they can do. So it’s more than just about cooking products, it’s about presentation. It’s also about pride and ownership.”

Competition information and results will be featured in the Dec. 3 edition of the Sentinel.