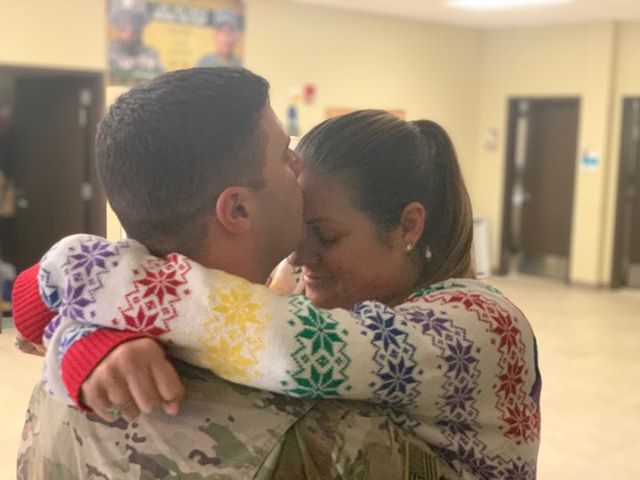 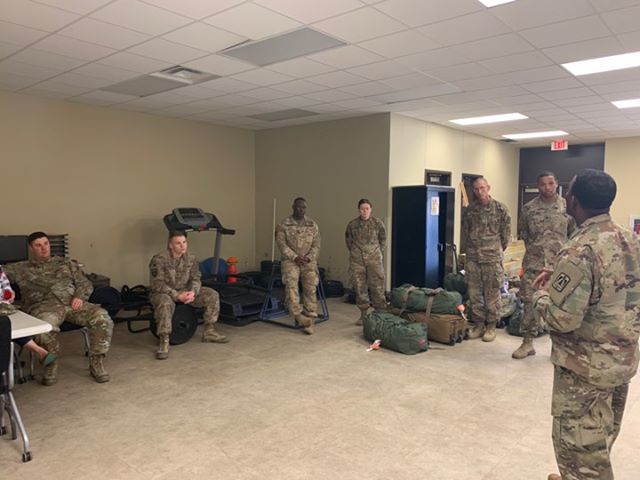 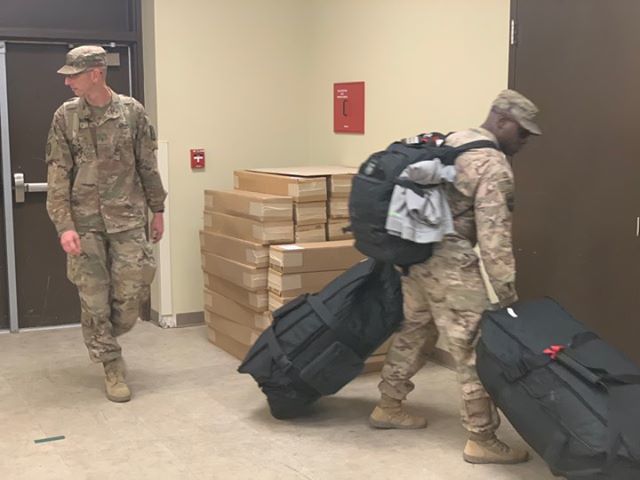 This was the first deployment for Sgt. Justin Carter, a nodal network systems operator and the noncommissioned officer in charge of network operations assigned to HHC, 11th TTSB.

“I was expecting the deployment to be a lot more hands on tactical but what we were really doing was monitoring the strategic network of all of Afghanistan,” Carter said.

HHC Soldiers had to work one or two levels above their rank because they were undermanned and under ranked, Carter said.

Even though the squad was small in numbers, they worked with other NATO troops to successfully provide tactical network operations for a large area of operation.

“We worked 12 hour shifts, seven days a week with only 14 Soldiers. We all wore multiple hats,” Carter said. “Sometimes, we barely noticed we were undermanned because everyone came together and executed as a team.”

The work load was heavy, but Carter still made time for professional development.

“While deployed, I was able to complete 40 college credit hours and two certifications,” Carter said. “This deployment definitely helped my career experience and my career progression.”

Teagan Shearer, wife of Maj. Bradley Shearer, director of the Network Operations and Security Center – Afghanistan, assigned to HHC, 11th TTSB, is no stranger to deployments as a spouse.

This is Shearer’s sixth deployment since graduating West Point and commissioning as an officer more than 17 years ago.

“You don’t ever get used to deployments,” she said. “You just find other things to do to pass the time.”

Teagan is a volunteer with the Fort Hood Spouse’s Club, Heart of Hood, HHC, 11th TTSB Soldier and Family Readiness Group, and is a seasonal volunteer with Santa’s workshop.

Even though she found constructive ways to pass the time, Teagan was elated about her husband’s return.

“I look forward to the support that he gives and not having to function as a single parent anymore-it’s a big relief,” Teagan said.

The Shearer family looks forward to relaxing throughout the holidays as they prepare for their permanent change of station in January.