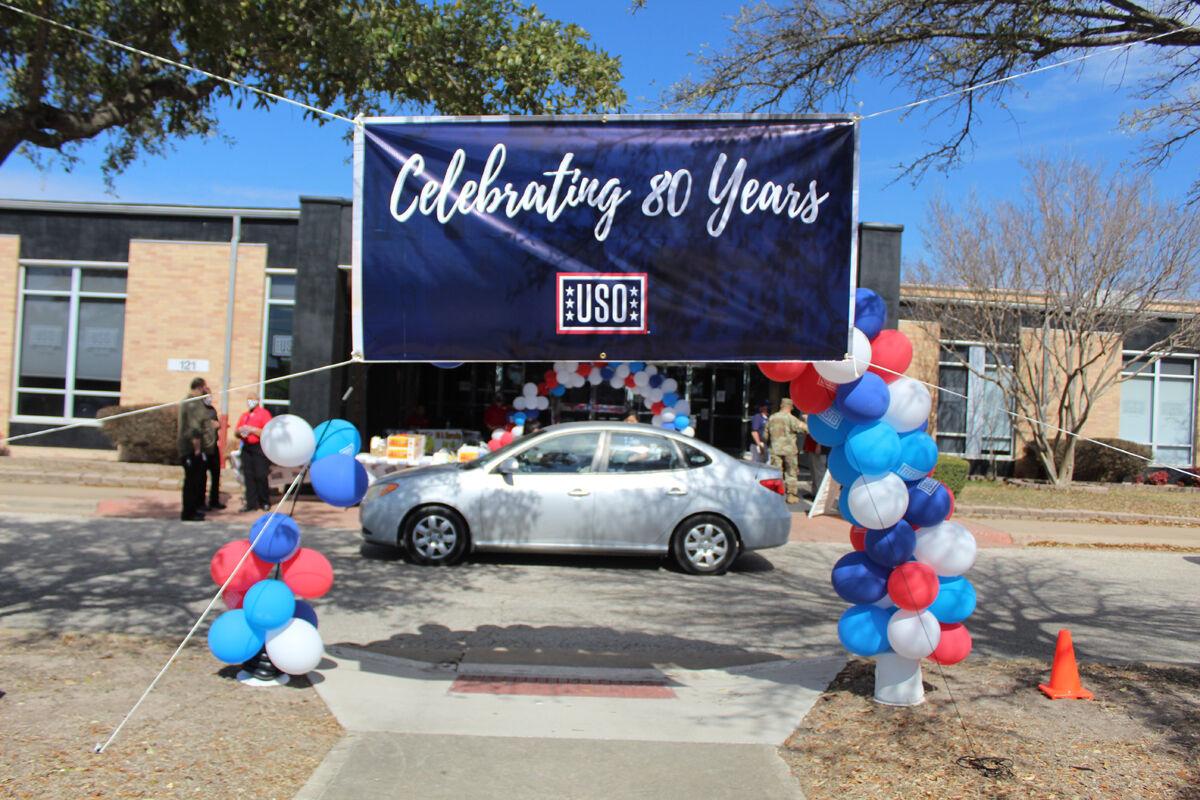 USO Fort Hood hosts a birthday celebration outside of their offices at Bldg. 121 on 761st Tank Battalion Ave. Feb. 4. 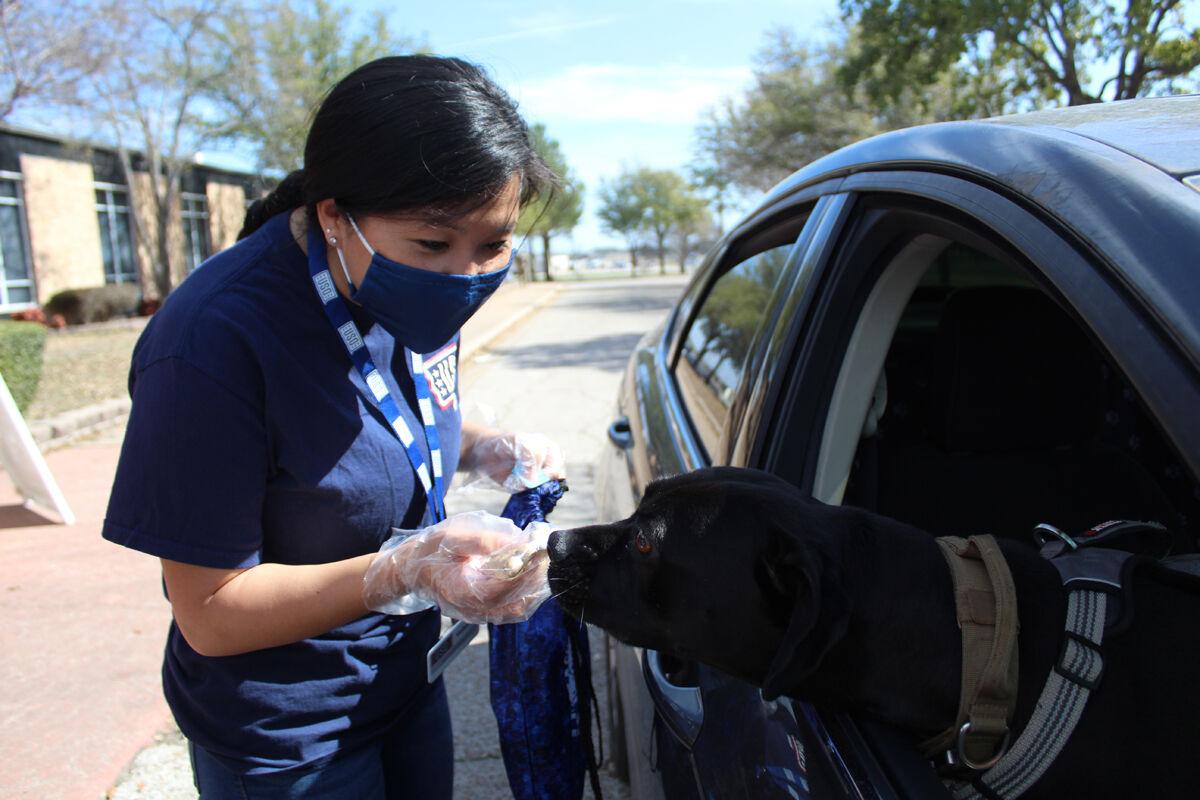 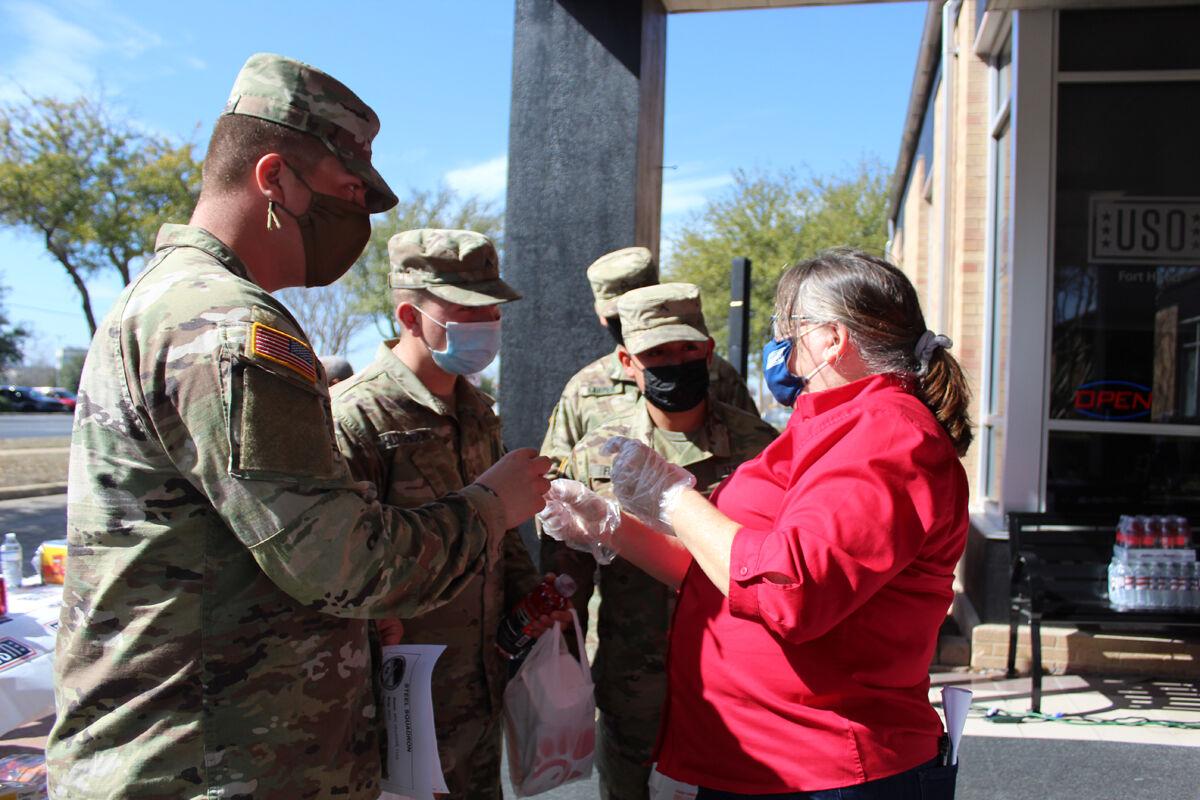 USO Fort Hood hosts a birthday celebration outside of their offices at Bldg. 121 on 761st Tank Battalion Ave. Feb. 4.

Banners, streamers and balloons decorated the front of USO Fort Hood, as volunteers handed out free food provided by Chick-fil-A, as well as drinks, snacks, goody bags and cupcakes to celebrate the occasion. Some Soldiers walked up and others drove up to help the USO celebrate its octogenarian birthday.

“It’s about feeling at home. It’s when you walk in the door and receive that friendly smile, ‘Welcome to USO Fort Hood! What can we do for you?’” Benjamin Griffin, center operations and program manager of USO Fort Hood, explained. “It’s making people feel connected and at home.”

Before the onset of World War II, several organizations sought to do their part by supporting the military. President Franklin D. Roosevelt united those organizations into one central organization now known as the USO. Donut carts, free coffee and mobile service centers with film projectors, games, books, pets and more served the troops preparing for war.

After the war began, the USO expanded internationally to boost the morale of service members. Actor and comedian Bob Hope was one of the first celebrities to join the USO tour and became the face of the organization as he continued to travel overseas to perform in USO shows for nearly 50 years.

The USO now has more than 250 centers across every continent, operated by staff and thousands of volunteers with a servant’s heart, like those who started it all in 1941.

“We have the best volunteers in the world,” Griffin said.

The USO Fort Hood opened in 2001, in a small room located in the former Rivers Building, which is where they now operate. USO Fort Hood then operated for years out of Building 1871, one of the installation’s oldest buildings. After renovating the old Rivers Bldg., Bldg. 121 became the new permanent home of USO Fort Hood in January 2020. The spacious facility includes pool tables, video games, a movie theater, computers and more.

USO Fort Hood has approximately 100 volunteers, but is always looking for others who want to help. Gabby VanMansfield has been volunteering at the facility for 10 months. An Army spouse, Gabby said she was inspired by the sacrifices Soldiers like her husband, Spc. Kevin VanMansfield, 1st Sustainment Brigade, 1st Cavalry Division, and other Soldiers make on a daily basis.

“When I volunteer here at the USO, I feel like I’m doing something for those who are already doing something bigger than I could ever do,” she added. “I’m doing my part to help them serve our country each and every day.”

For those interested in joining the ranks of the thousands of USO volunteers across the world, visit www.volunteers.uso.org/forthood. After creating a volunteer profile, they will be asked to attend a newcomer’s orientation, which Griffin said is held twice per month – one in-person and one virtual.

While many Soldiers and family members enjoyed the free lunch and cupcakes offered on the United Service Organizations’ birthday event on Feb.…