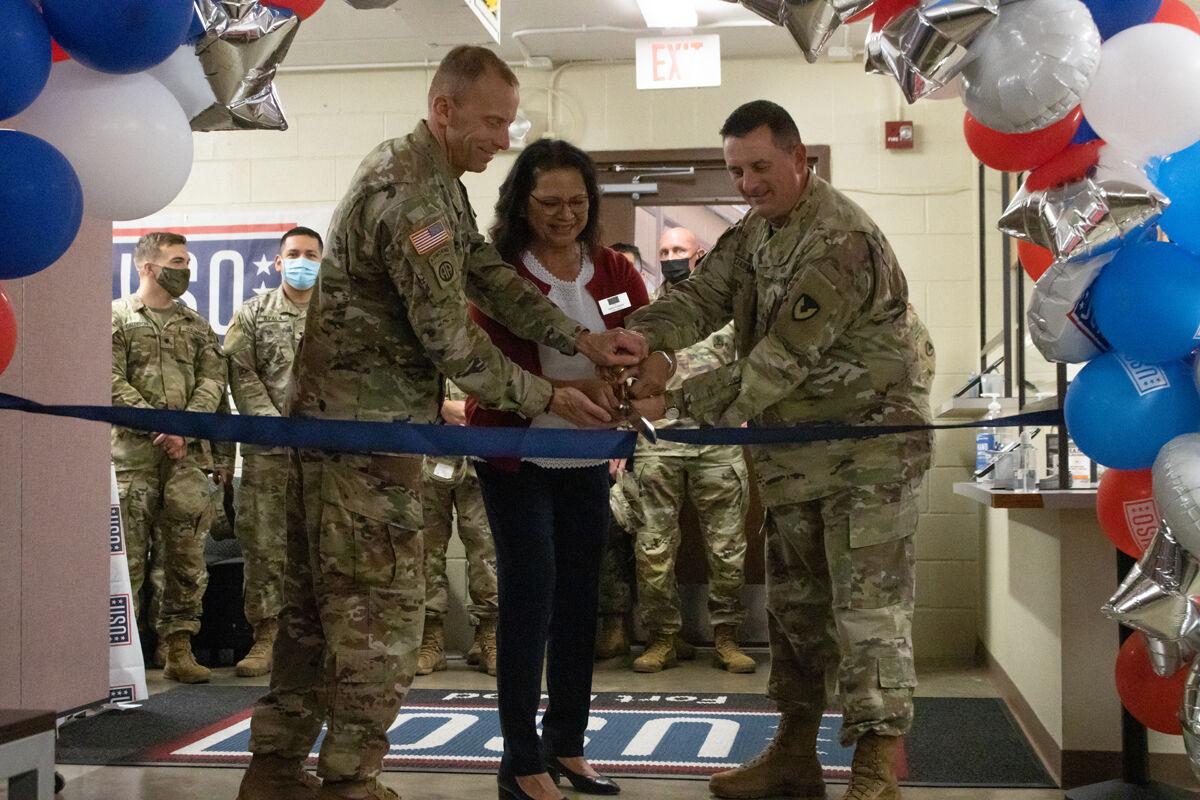 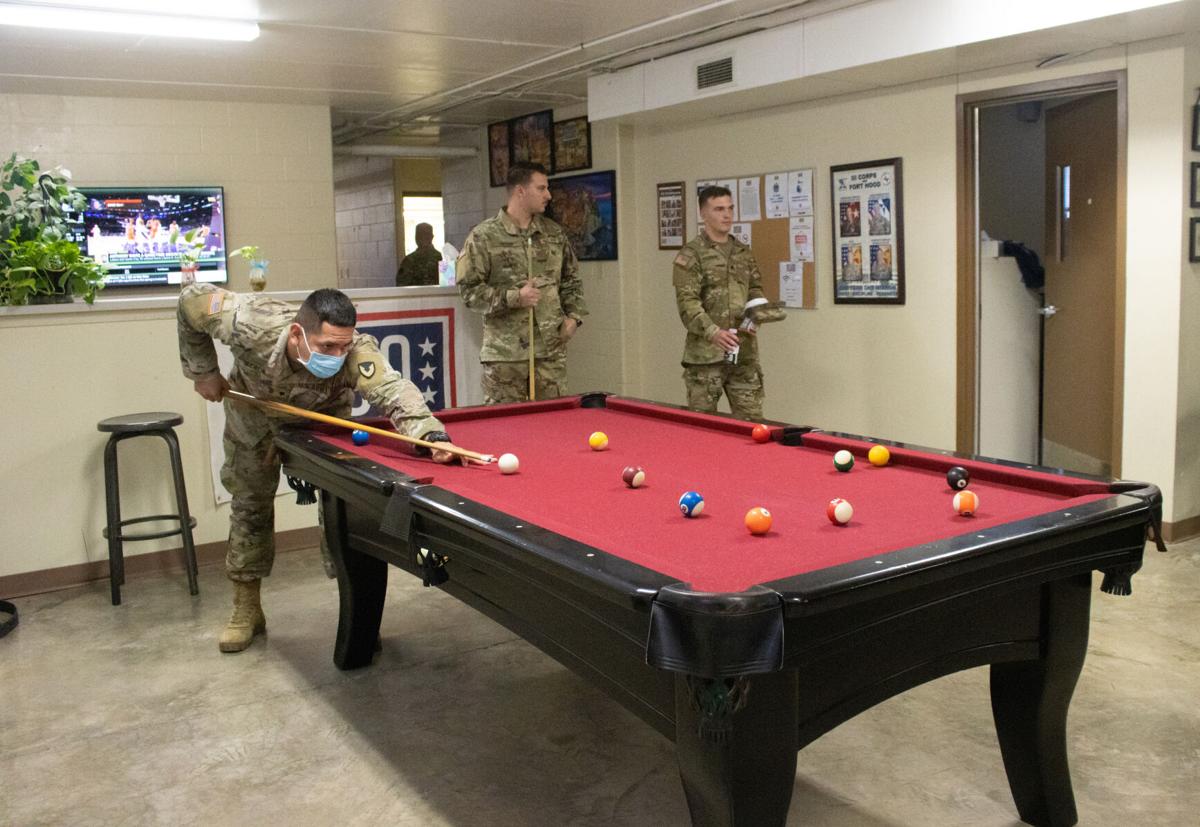 Soldiers currently mobilized at North Fort Hood enjoy the reopening of the NFH USO June 4 following the ribbon cutting ceremony. The USO, which was closed for 15 months due to the pandemic, offers pool and foosball tables, an entertainment area with movies and video games, a snack bar, and toiletries for those in need.

Soldiers currently mobilized at North Fort Hood enjoy the reopening of the NFH USO June 4 following the ribbon cutting ceremony. The USO, which was closed for 15 months due to the pandemic, offers pool and foosball tables, an entertainment area with movies and video games, a snack bar, and toiletries for those in need.

After 15 months of being shut down due to the COVID-19 pandemic, North Fort Hood is finally able to reopen its facilities for Soldiers, beginning with the North Fort Hood United Services Organization, which reopened its doors June 4 for the Soldiers who are currently mobilizing and demobilizing to and from overseas assignments, as well as those assigned to First Army – Division West and the Hood Mobilization Brigade.

During the pandemic, Soldiers were quarantined to their respective barracks, and once the quarantine process was over, there were only limited services available, including take-out eating and virtual church services.

While the USO attempted to keep engaged with the Soldiers via pop-up and walk-through events, it was hard with social distancing a factor to provide true support. That’s why the members of the North Fort Hood USO were ecstatic to be able to reopen their doors after a celebratory ribbon-cutting event.

“I really appreciate what the USO does,” Col. George Statham III, Hood Mob. Bde. commander, stated. “It’s really awesome what they have here. I know the Soldiers will be excited.”

“All I’d like to say is to the volunteers, you make all the difference,” Col. Brian Wolford, 120th Infantry Bde. commander, said. “It still matters, it absolutely matters, and please keep doing what you do, because we’ve all been doing this for a little while and you’re the folks we see in the beginning, in the middle, and in the end.”

“Well, after 15 months of being shut down because of the pandemic, I’ll be so happy to be able to open the doors and be there to support the Soldiers up at North Fort Hood,” Hubbard remarked. “We called our volunteers back. We weren’t sure who was going to answer ... but they responded in aces. So I think we’re on a good roll.

“Now, our hours are still shortened, we’re open five days,” Hubbard continued. “It’s only a matter of time for us to go back to our original hours, and the goal prior to the pandemic was to open seven days a week. So that’s another milestone that we want to do. But, you know, while we were shut down, we weren’t totally gone. We did pop-up events here and there, serving lunches just to let (the Soldiers) know that we’re still here; but this, this is a good feeling.”

Immediately following the ribbon cutting, Soldiers flocked into the center, being served cupcakes and taking advantage of the pool tables, movie area with comfort seating, a large-screen television, and video-game playing stations.  The center offers a beverage and snack bar; foosball and karaoke, and toiletries for those in need.

The USO also offers a “Bob Hope Legacy Reading Studio,” which allows Soldiers to record themselves reading a book that they can then send back to their children who can hear their deployed family member reading to them.