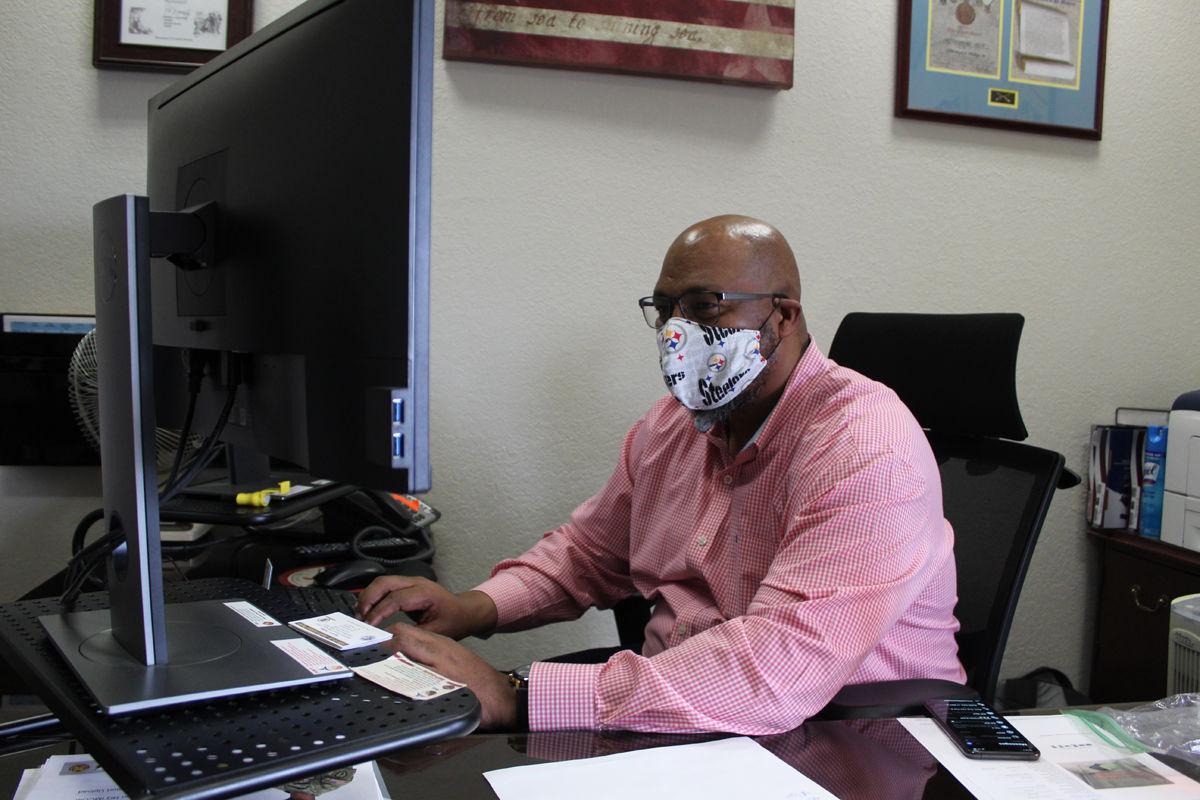 Wearing a homemade mask, Mark Phillips, chief of transition for the

Fort Hood SFL-TAP program, conducts business at the SFL-TAP offices in the 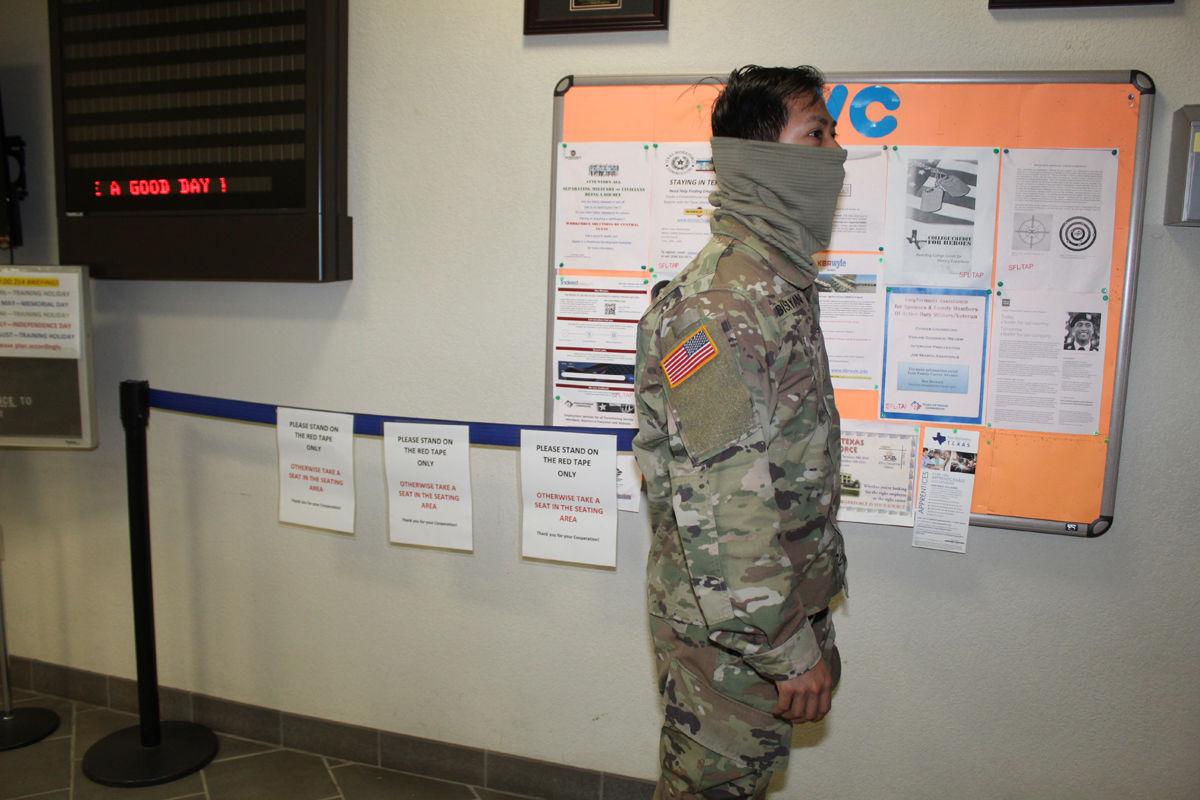 Wearing a homemade mask, Mark Phillips, chief of transition for the

Fort Hood SFL-TAP program, conducts business at the SFL-TAP offices in the

While other offices are closed due to the COVID-19 pandemic, the Fort Hood Soldier for Life – Transition Assistance Program remains open, with adjustments made for social distancing protocols.

Phillips said the program, which offers transition assistance as Soldiers separate from the military, has implemented several procedures to keep their counselors and transitioning Soldiers safe. Some of the procedures include requiring counselors to wear masks, implementing the six-feet distance guidelines and they have even changed in-person classes to virtual classes.

“The changes are not ideal, but this is not an ideal situation,” he said. “They’re working pretty good though.”

Phillips explained that through virtual workshops, seminars and counseling, the Fort Hood SFL-TAP is still able to achieve its mandated Career Readiness Standards, which are meant to prepare and connect Soldiers with opportunities outside the military.

He said most of the classes and workshops are now being conducted through Joint Knowledge Online or their virtual center. Phillips said people have been very positive and supportive of the changes. Some of the people who are benefitting the most are Soldiers who are currently pulling double-duty working from home and caring for children. If they do not have to come in person, that is even better for them.

“They want to protect themselves too,” Phillips said. “If they don’t have to make face-to-face, in-person contact, they prefer the virtual center. A lot of people actually requested an online center before we even started it.”

He said they have seen between 30-40 Soldiers per day, who sign in and wait to be called by a counselor. The waiting area has been changed, so people cannot sit side-by-side and strips of red tape on the floor show Soldiers how far to stand away from one another.

He said Soldiers do not come to the counter until called, but even then, there is red tape on the floor telling them how far away from the counter they should stand. Despite all the changes, Phillips said he wants Soldiers to know that this pandemic has not stopped the hiring process.

“A lot of (employers) are hosting virtual career fairs,” he explained.

He said they also have 156 service members actively attending nine Career Skills Programs going on at the moment. The CSPs provide Soldiers preparing for their civilian lives with a valuable skill set they can use as they embark on their new career path and many have a position lined up before completing the CSP. He explained that most of the CSPs can be done virtually, which is how they can still operate.

The Fort Hood SFL-TAP is the largest SFL-TAP program in the Army and is one of the only base programs still in operation during this time, which Phillips credits to putting preventive measures in place and conducting a lot of business virtually.

“These (changes) prove that a lot of things don’t have to be done person to person,” he said.

Phillips said an announcement would be made within the next few weeks regarding the Mega Career Fair, which is currently scheduled for June. He said the semiannual event will most likely be postponed until the fall. Fore up-to-date information from the Fort Hood SFL-TAP, visit them on Facebook at https://www.facebook.com/FortHoodSFLTAP.