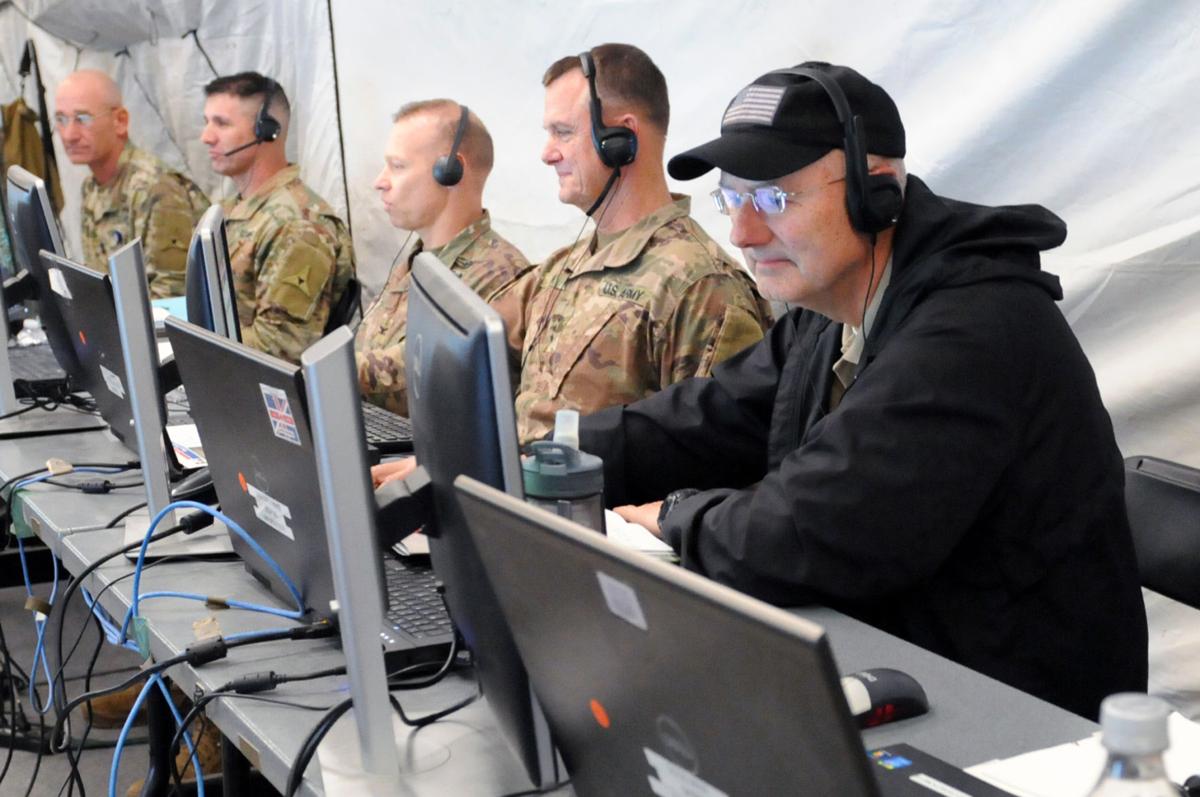 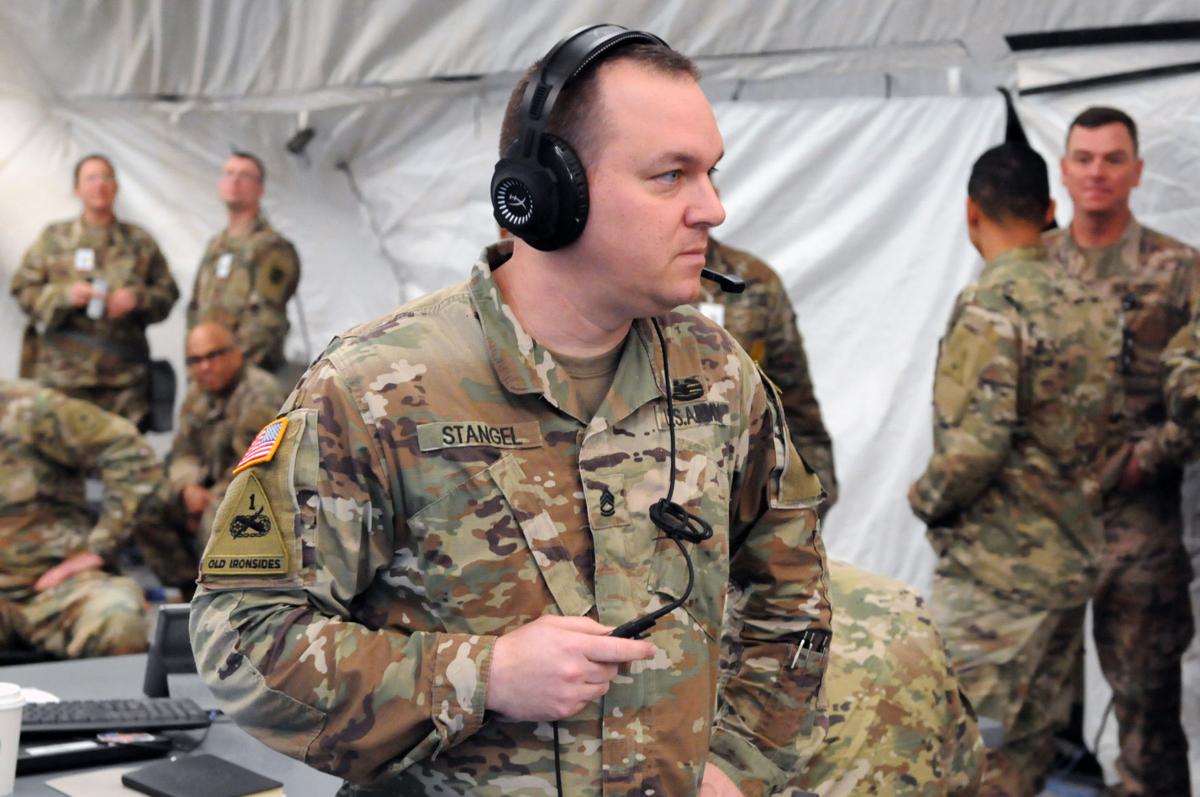 Sergeant 1st Class Jacob Stangel, 157th Maneuver Enhancement Brigade Protection NCOIC, prepares to tell the command group why he joined, and why he serves during the commander’s update brief after he was nominated as the “Hero of the Day,” April 13.

Sergeant 1st Class Jacob Stangel, 157th Maneuver Enhancement Brigade Protection NCOIC, prepares to tell the command group why he joined, and why he serves during the commander’s update brief after he was nominated as the “Hero of the Day,” April 13.

The exercise, run by the Mission Command Training Program, included I Corps, based at Joint Base Lewis-McCord, Washington, who served as the higher command for III Corps. The 1st Infantry Division at Fort Riley, Kansas, the 3rd (United Kingdom) Division, whose headquarters came to Fort Hood from Salisbury Plain, England, and numerous other supporting units also took part in the two-week exercise.

“For the first time in a warfighter, our team was able to defeat all of the opposition forces through a balanced approach of air, artillery and aviation engagements, a coordinated effort that takes tremendous coordination and teamwork,” said Lt. Gen. Paul E. Funk II, commanding general of III Corps and Fort Hood. “I am extremely proud of all of the Soldiers that participated in this exercise.”

“This warfighter stressed and tested our systems and processes, and every day we got better at synchronizing and coordinating across the staff,” said Col. Will McKnight, the III Corps chief operations officer. “The result was a well-executed plan, thanks to the work our planners did to prepare for the exercise, and the professional competency of all of our staff and subordinate units. We took something away from the enemy every day and enabled our divisions to defeat the enemy.”

Unique to this warfighter was the testing and validation of two new systems with coalition partners. The Mission Partner Environment is the computer network that allows for coalition partners to be able to communicate on a shared network, and the Command Post Computing Environment, a web-based platform that allows commands to share a common operating picture of the terrain, units and the enemy in real-time. These systems allowed the 3rd (U.K.) Div. to plug into the warfighter and be able to communicate with the U.S. units.

“The United States will not go into contingencies unilaterally, so partner-nation network systems need to be able to ‘talk’ to each other,” said Staff Sgt. Paul Lammers, III Corps signal noncommissioned officer. “With new coalition network capabilities, I now have a central common operating picture so commanders have a shared understanding of the battlespace to make more effective decisions.”

“It was unique with the integration of the 3rd (U.K.) Div. artillery, and matching their terminology to ours,” said Staff Sgt. Adam Crum, III Corps Fires Support NCO. “Being able to have balance between the ground fires, Air Force and Army aviation was integral in providing the support to enable combined arms maneuver on the ground, which is how we were able to defeat the opposition forces.”

III Corps also integrated three different command posts to identify how best to adapt to recent changes in Army doctrine. In the last 17 years, a corps’ headquarters traditionally operated a Main Command Post and a Tactical Command Post. This warfighter included the addition of the Support Area Command Post, which synchronizes and integrates the corps’ assets and activities in the corps support area, and extends the operational reach by providing sustainment support to corps’ operations.

According to Perez, the Support Area Command Post concept was put to the test and succeeded in supporting the corps’ fight, improving through each iteration of the exercise.

Overall, Warfighter Exercise 19-4 at Fort Hood included more than 1,400 Soldiers as part of the training audience, those units being evaluated in the exercise, and was supported by more than 4,500 Soldiers, Department of the Army civilians and contractors to make the exercise happen.