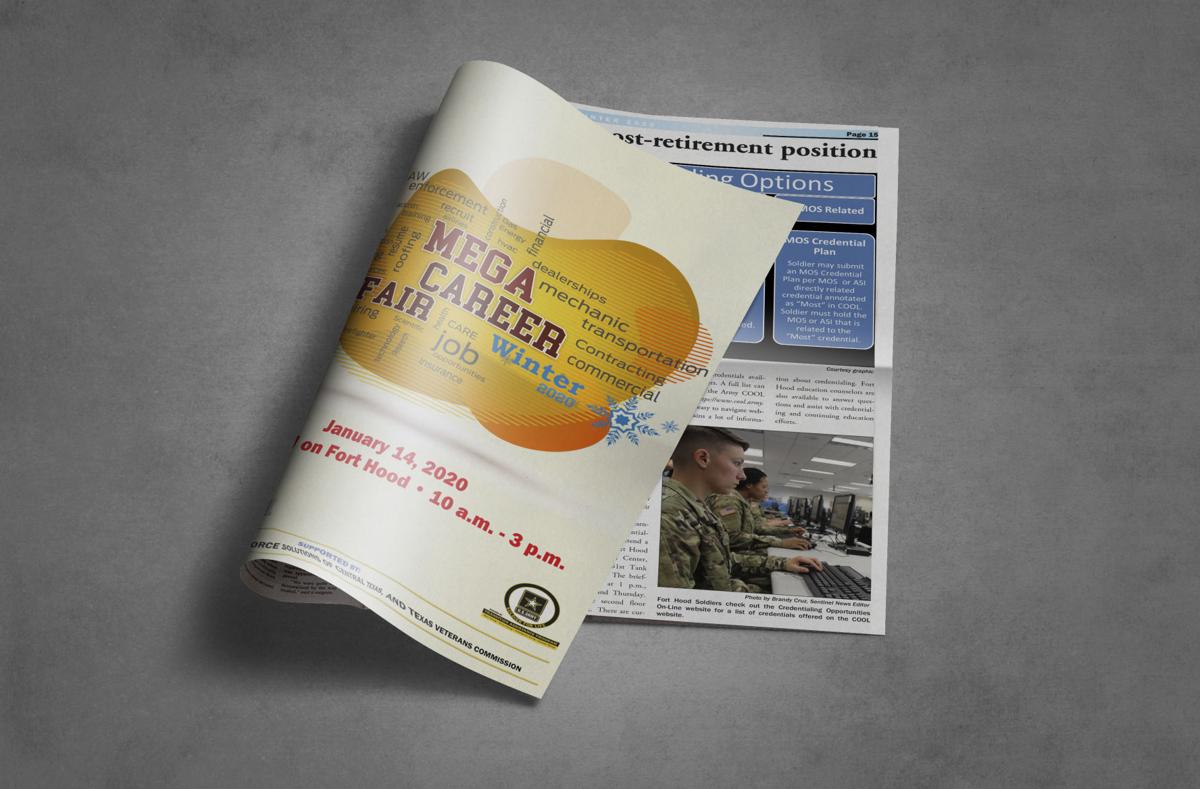 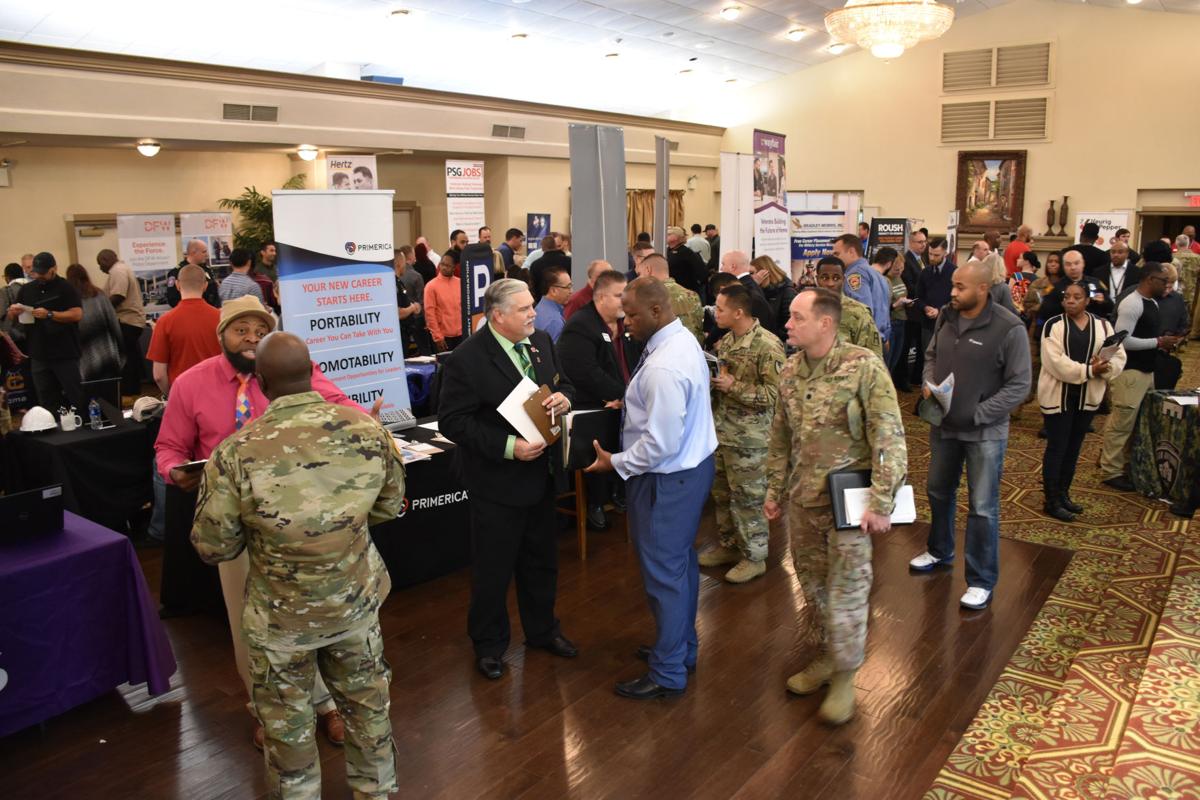 The Grande Ballroom at Club Hood begins to fill up with job seekers during the January 2019 Mega Career Fair. 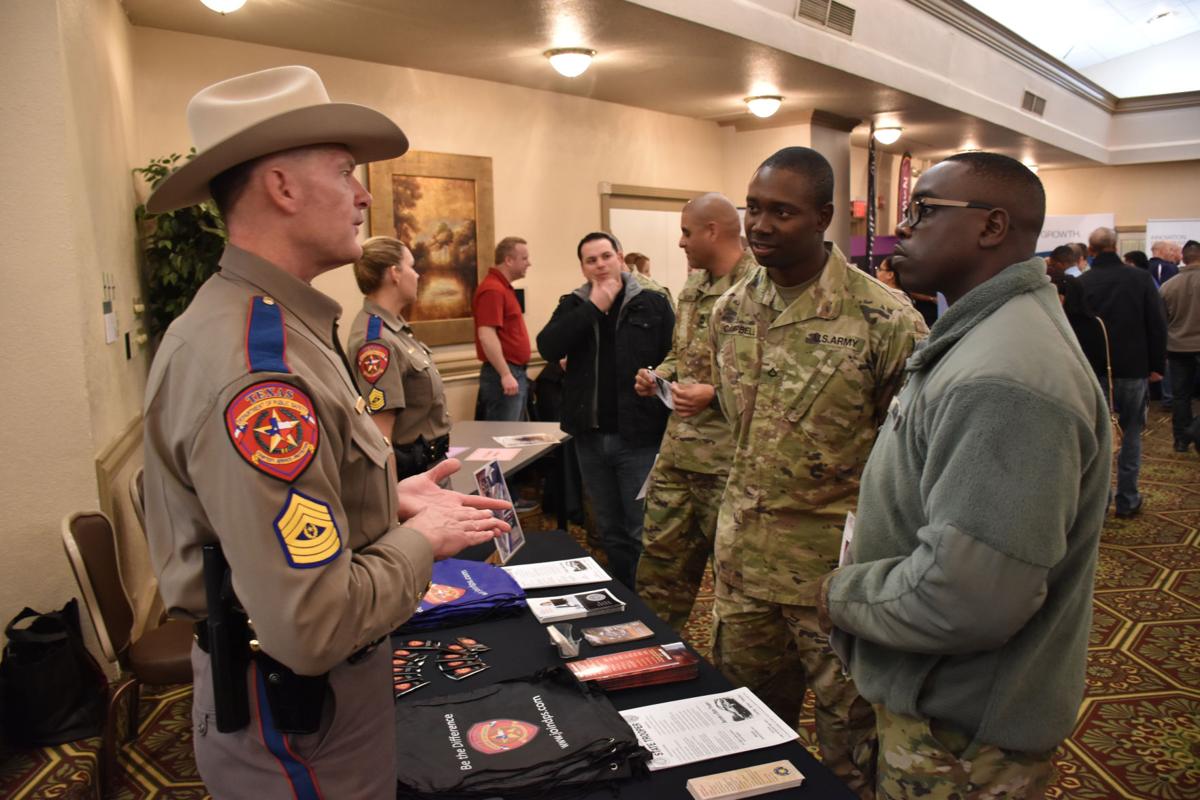 The Grande Ballroom at Club Hood begins to fill up with job seekers during the January 2019 Mega Career Fair.

Service members have the opportunity to interview for more than 99,000 jobs Tuesday during the Mega Career Fair at Club Hood.

Organized by Fort Hood’s Soldier for Life – Transition Assistance Program, the Mega Career Fair is the opportunity for active duty in all branches, retirees, family members and the public to look for their next career with the 200 participating employers.

“We’re always full and always have to turn employers away because of lack of space,” Jerry Hernandez, marketing supervisor for SFL-TAP, said.

Despite its enormous size, Hernandez said they can only squeeze 200 employers into Club Hood and always have to turn employers away due to lack of space. He said while there are larger spaces off post, the accessibility of hosting it on Fort Hood makes it easier on the 5,000 active duty troops who usually attend.

He said the SFL-TAP would be sending units a list of employers to distribute to their Soldiers. He recommends Soldiers visit the employers’ websites to see what is available, so they be best prepared. They can also contact the employers in advance to schedule an interview. Hernandez said a lot of interviews are conducted the day prior or day after the event, but Soldiers should also be prepared to interview on-site. Because some employers may interview on the spot, he encourages people to not bring children to the career fair.

“They should wear their uniform because it kind of tells the employers who they are,” he recommends.

Soldiers may also wear suits and come prepared with resumes. Hernandez said a lot of employers in today’s market will request the resume be emailed to them, but that may not always be the case or may be dependant on the type of position.

Some of the most recognizable employers who will be at the career fair include Amazon, Wal-Mart, HEB, Toyota and Ford. Hernandez said the most popular career fields for Soldiers and veterans is law enforcement and first responders. Other popular fields include truck driving and health care. He said some positions will be local, some out of state, some international and others are telecommuting positions.

He said SFL-TAP hosts career fairs for two reasons – to ease the transition process from military to civilian life and to help Soldiers find their next career.

The Mega Career Fair will be open from 10 a.m. to 3 p.m. Tuesday. Hernandez advised off-post visitors to go to the Visitor’s Center early for a temporary pass.