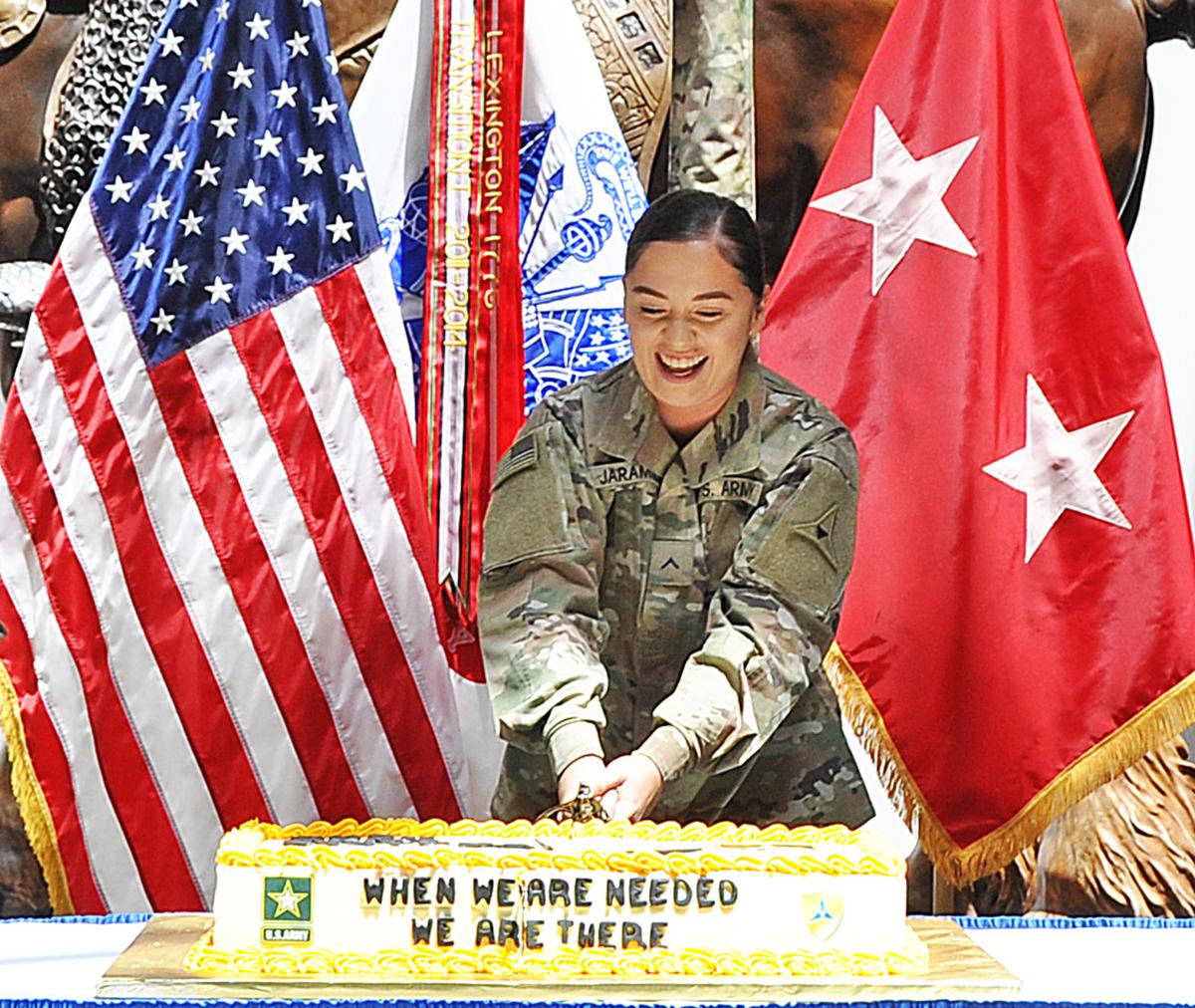 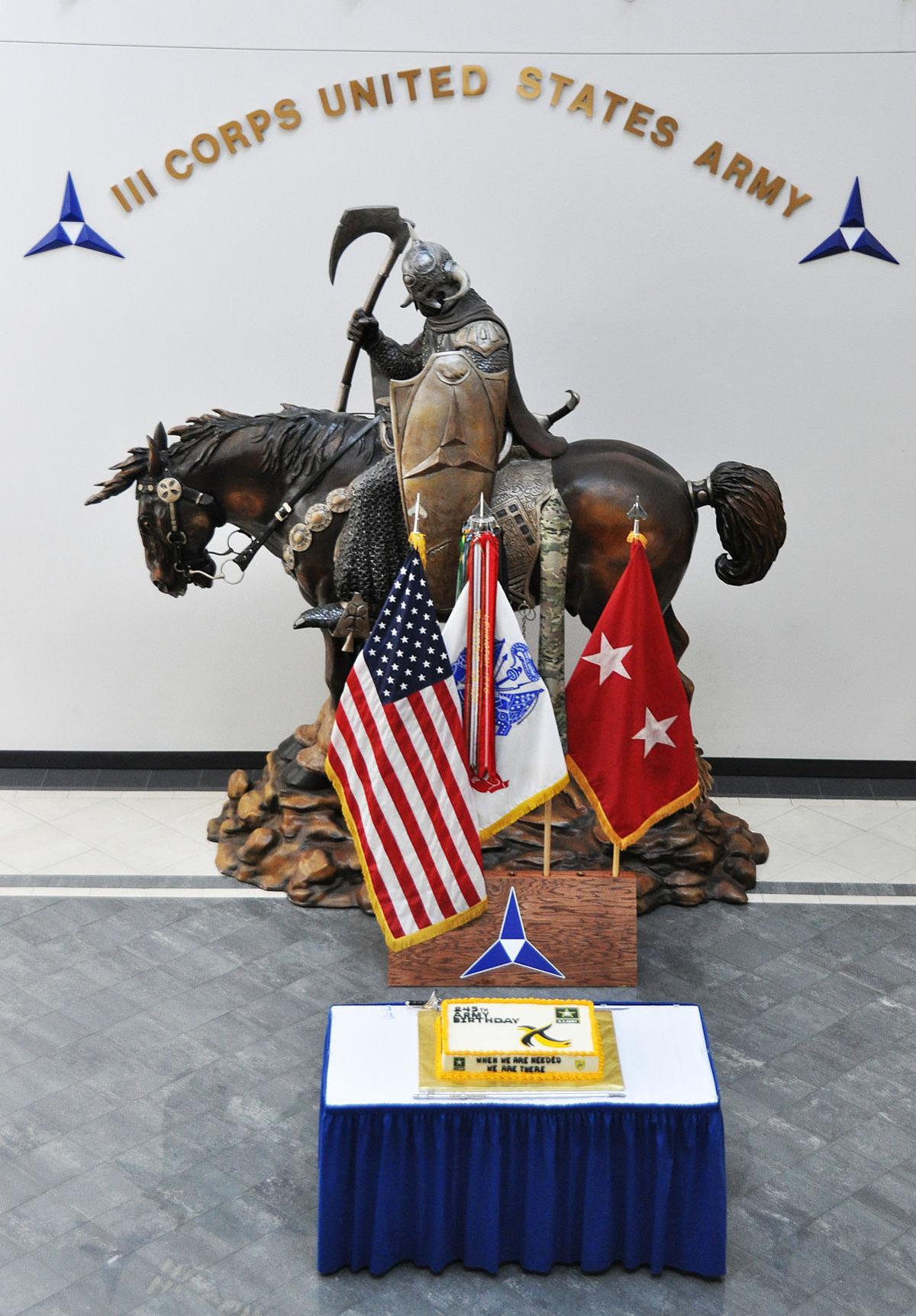 The Army turned 245-years-old Saturday, but III Corps celebrated a couple of days early, with a cake cutting ceremony at the West Atrium of III Corps HQ. 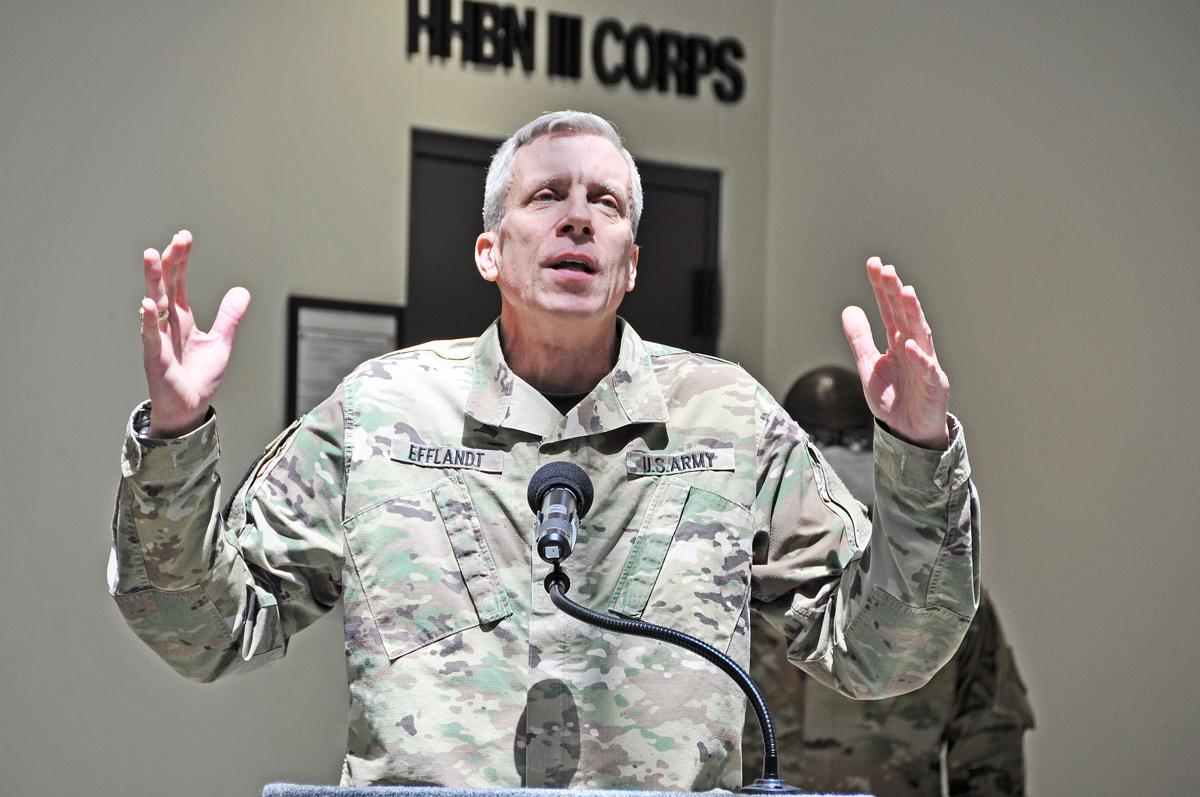 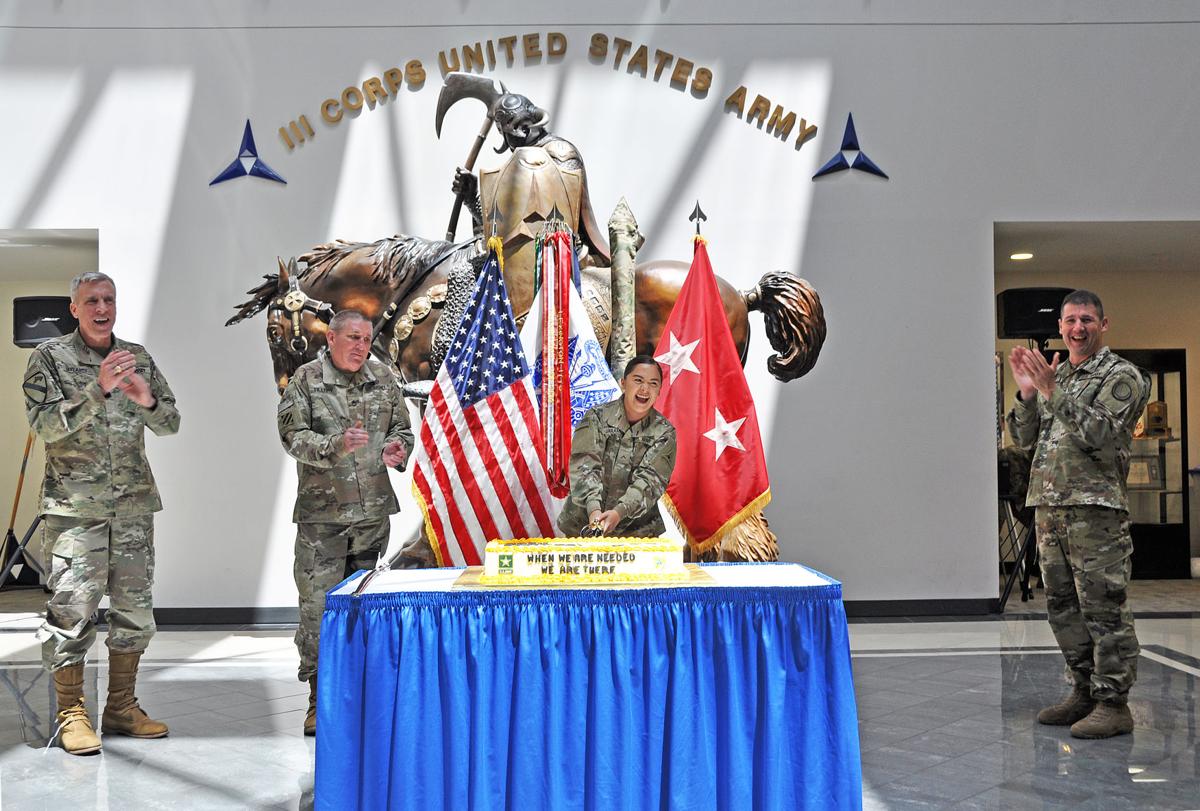 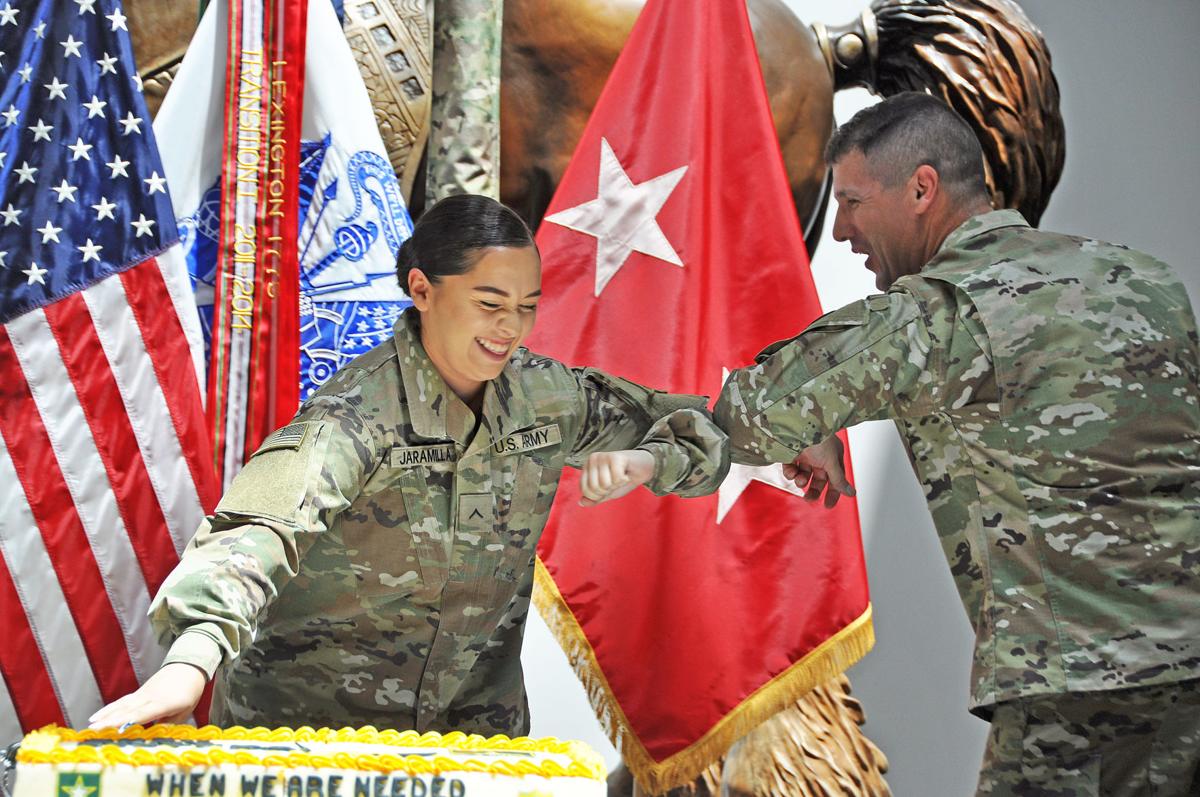 The Army turned 245-years-old Saturday, but III Corps celebrated a couple of days early, with a cake cutting ceremony at the West Atrium of III Corps HQ.

Slamming the saber down the center of the cake, the ceremonial youngest Soldier in III Corps helped mark the Army’s 245th Birthday celebration, June 11, in the West Atrium of III Corps Headquarters.

“I was nervous, but I think I did pretty good,” Pvt. Megan Jaramilla said after cutting the cake.

The 18-year-old human resources specialist, who is assigned to Signal Intelligence Sustainment Company, Headquarters and Headquarters Battalion, III Corps, joined the Army in August 2019. Rather than joining for the benefits, Jaramilla said she has wanted to help people and the Army was a natural fit, as she followed in her father’s and sister’s footsteps by enlisting in the military.

With around 30 people present for the ceremony, Maj. Gen. Scott Efflandt, deputy commander of III Corps and Fort Hood, said it was nice for the Fort Hood team to come back together, as they socially distanced around the West Atrium.

“And what a great occasion to come back together – for the Army’s birthday,” Efflandt said.

Older than the nation itself, the Army was established on June 14, 1775, by the 2nd Continental Congress, who realized the need for a strong military force to oppose the invading British forces during the American Revolutionary War. The Continental Army was formed, with Gen. George Washington as the Commander in Chief.

“Without question, the U.S. military is an institution of the United States. Within that institution, the Army is the founding member at 245 years old,” Efflandt said. “I think about the role of the Army in its 245 years, guiding the United States through turmoil, both abroad and at home, in peacetime and wartime. What makes us the most revered institution in America and what makes us that effective to have been able to endure and shape America for 245 years?”

Through thick and thin, the deputy commander said, whenever the nation has needed a guiding force, the Army has been there, echoing the official 2020 Army birthday theme of “America’s Army: When we are needed, we are there.”

Also joining the cake cutting were Command Sgt. Maj. Daniel Hendrex, III Corps and Fort Hood senior enlisted advisor, along with the ceremonial oldest Soldier in III Corps, Staff Sgt. Timothy Tillery, Headquarters and Headquarters Company, III Corps. The 55-year-old veteran Soldier with nearly 20 years of service, said he was honored to be part of the ceremony, but also a bit embarrassed.

“It’s kind of exciting, but also kind of embarrassing because it shows I’m one of the oldest Soldiers,” Tillery said.

“Well, I just want to put up front,” Hendrex joked, “even though I’m the sergeant major, I was not here for all of those 245 years, even though I’m pretty close to one of the older guys.”

Hendrex expressed his admiration for everything the Army and the United States has gone through in the last 245 years. He said while this 245th year has been a uniquely strange year, he likes to think of it as an opportunity.

“What it means for us is a great opportunity to kind of focus on our own institution during these trying times,” he said, “and really help us stay centered and support our civic leaders as we go forward.”