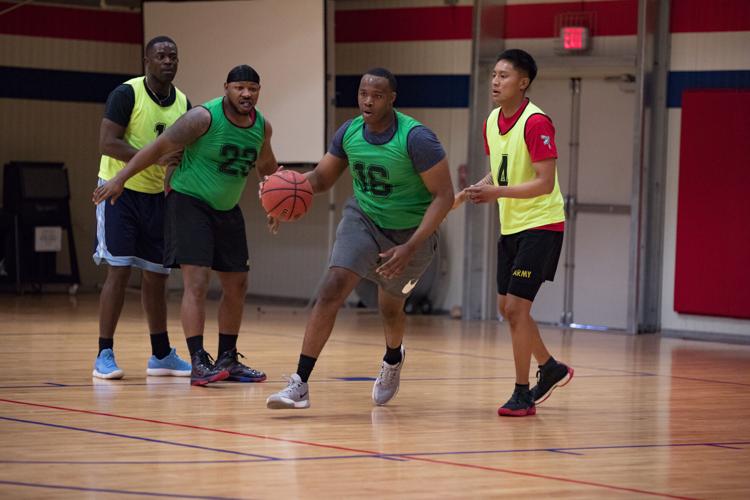 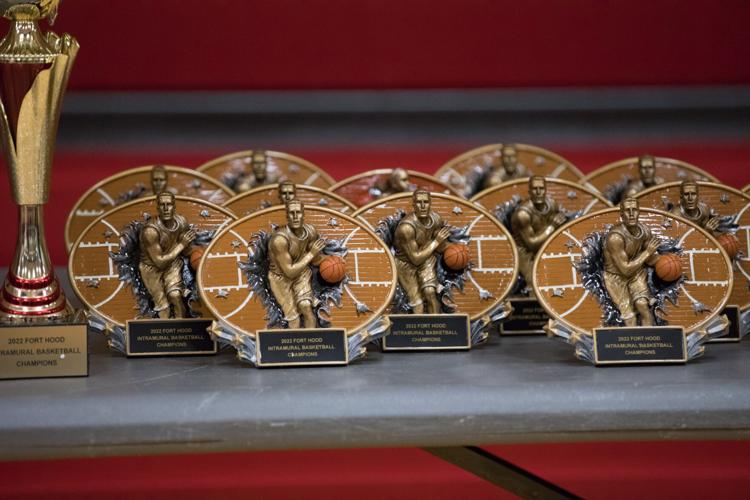 Each member of the 61st MMB team received an individual trophy to commemorate their win. 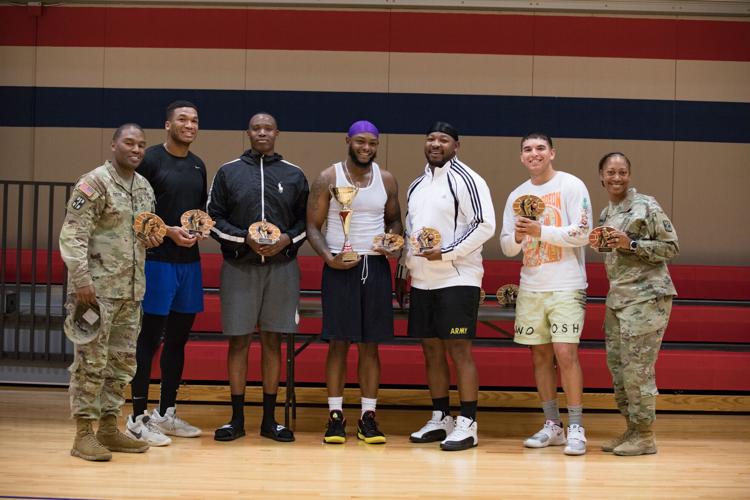 The 61st MMB team poses for a group photo after winning the championship game, March 23, at the West Fort Hood Physical Fitness Center.

Each member of the 61st MMB team received an individual trophy to commemorate their win.

The 61st MMB team poses for a group photo after winning the championship game, March 23, at the West Fort Hood Physical Fitness Center.

After competing throughout the season, the champion was determined in a three-day long tournament.

“I love basketball and it gives me and my battle buddies an opportunity to bond on more than just work,” White said.

“I enjoy basketball, and this was an opportunity to compete,” Lowry added.

Lowry enjoyed being the underdogs of the tournament the most while White enjoyed learning more about his teammates.

“Being the underdogs. I like a challenge,” Lowry said.

“Playing with the guys from my unit, learning my best friends play styles and the understanding of the game itself,” White shared.

White found deciding where to play to be the most challenging part of the season, while Lowry found learning his teammates playing style the most difficult.

“Learning to play with people I haven’t before and learning each other’s habits,” Lowry said.

Their team received a team trophy, as well as individual trophies, along with 50 points toward the Commander’s Cup.

Both Lowry and White agreed that intramurals is a very important resource for Soldiers to have. It allows them to manage stress and brings them closer together.

“Like me, some Soldiers need a stress reliever,” White said. “Although I work out often, basketball is my outlet to blow off steam.”

“Sports teach people teamwork and how to trust one another,” Lowry stated. “I believe every person should play something.”

The 89th MP’s were last year’s winners of the Commander’s Cup and currently they are holding an impressive lead in this year’s race having already earned over 400 points. In second place is 11th Signal Brigade with 125 points, trailed closely by 2nd Armored Brigade Combat Team with 119 points in third.

Units can not only earn Commander’s Cup points by participating in intramural sports, but also by competing in the BLORA Run Series.

For more information on the intramural sports schedule, how to get involved and Commander’s Cup standings visit their website at https://hood.armymwr.com/programs/intramural-sports. For more information on the BLORA Run Series and how to earn Commander’s Cup points visit http://www.forthoodsentinel.com/sports/mwr-hosts-running-series-at-blora/article_b9b6f0ca-8452-11ec-b9d7-4b7862c182e6.html. The next run in the BLORA Run Series will be the Hero 5K scheduled for April 30.