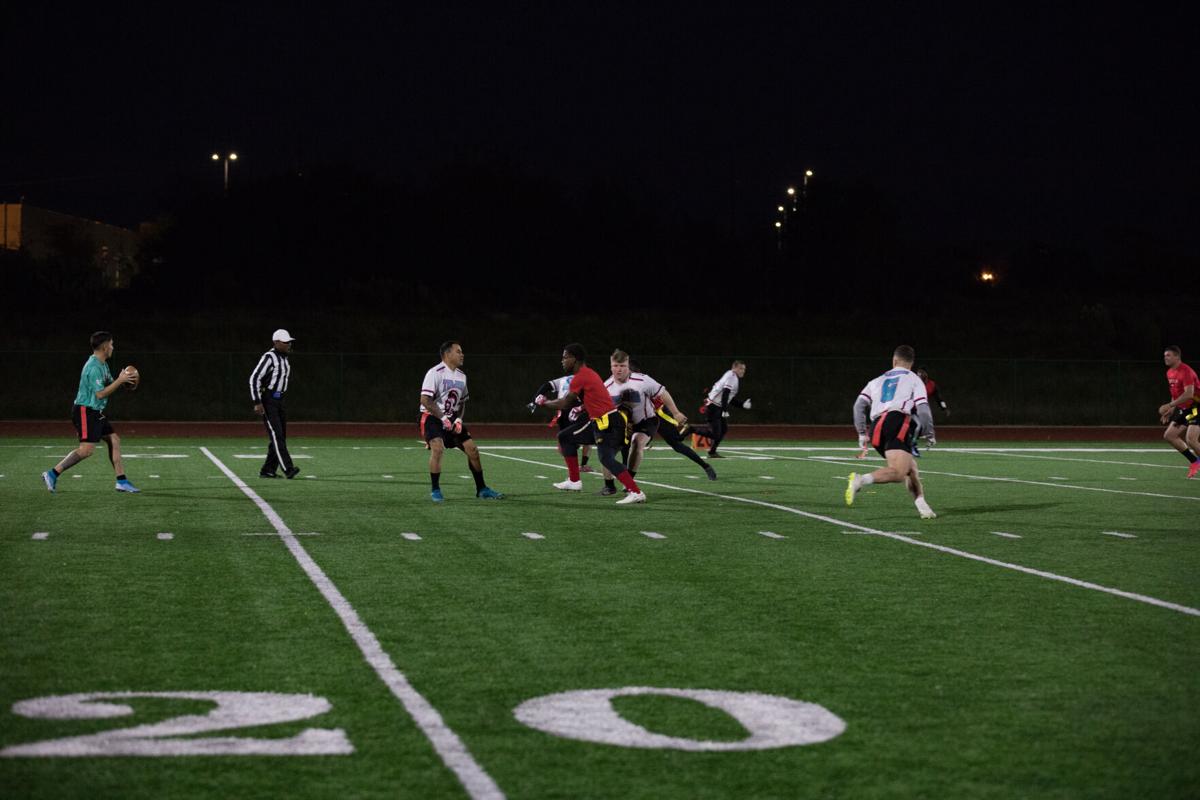 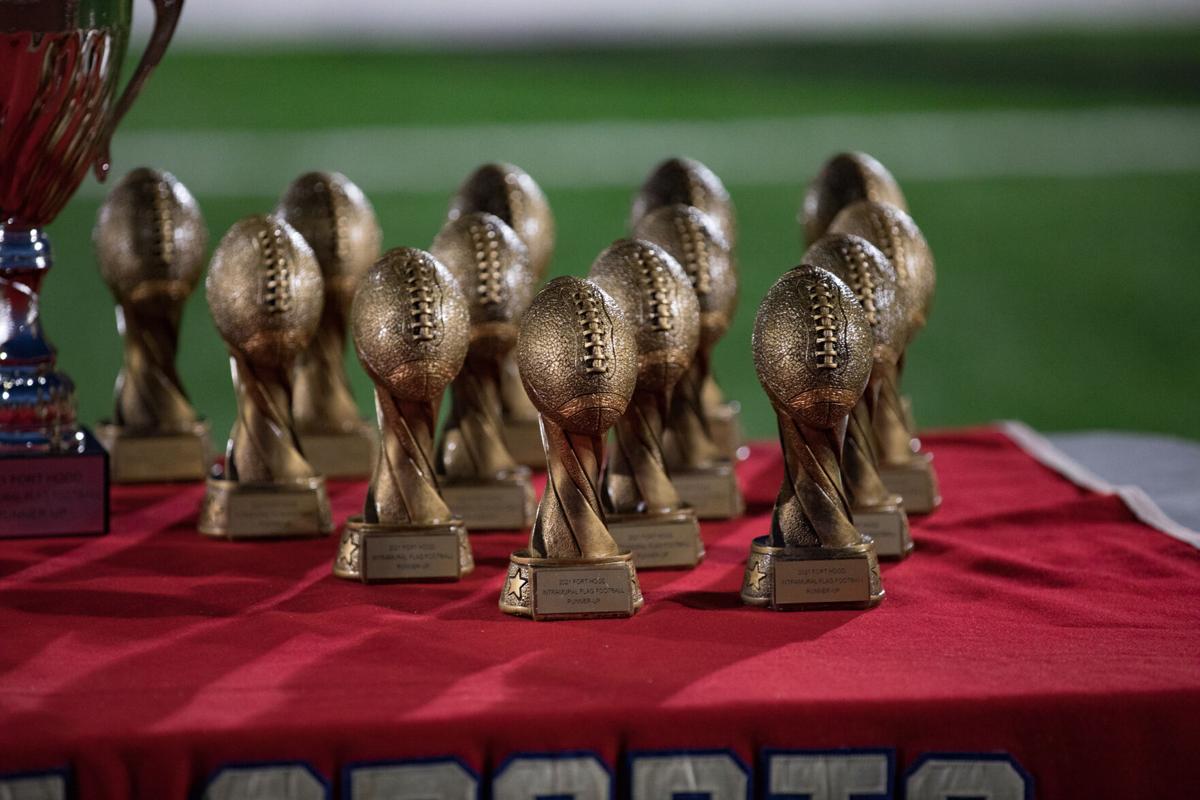 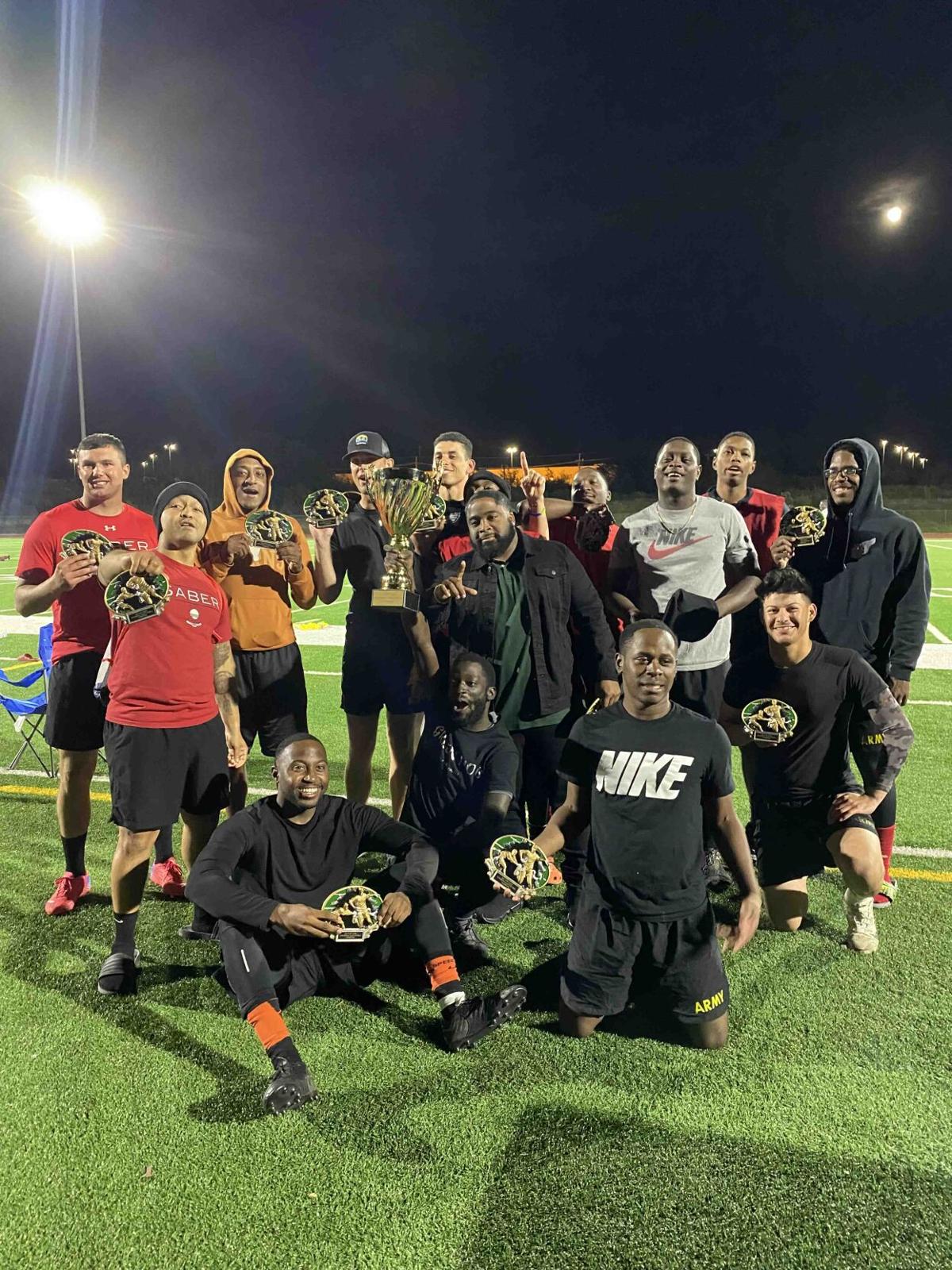 The group gathered around the first place trophy with big smiles spread across their faces. Team captain Sgt. Jarret Coffield, 91st BEB, said this had been a long time coming.

“This is my seventh year doing this. We’ve come close every year and we just couldn’t get over the hump. This is the first year we’ve won the championship,” Sgt. Jarret Coffield, 91st BEB, said.

Cpl. Eric Love, 91st BEB, joined because he wanted to help his unit win and spend time with his peers.

“Playing with 91st in Bulgaria really brought me some cool competition, met some nice NCO’s. They hit me up and I really wanted to join the team, they were good people,” he said.

Coffield, Love and their teammate Sgt. James Williams, 91st BEB, all found different elements of the season challenging, both on the field and off.

“Getting the perfect game. I think this was the perfect game for us,” Love said. “Finishing it out – that’s the hardest thing to do when you’re playing a team sport is just finishing.”

“Egos and communication,” Williams said. “It messes the team up, you’ve got to let your egos go. You might be the best person on the field, but you know you’ve got somebody else helping you back there too. You don’t have to be the best you just got to be there.”

“Actually, bringing the team together,” Coffield said. “We got a lot of new guys a lot of new faces. The system that we use to run, I know the system, but they might not know it as good as I do. That was the challenging part, but we made the best of it.”

Coffield felt a sense of relief with the win, while Love was happy to mark the end of his stay at Fort Hood winning the flag football championship with his peers. Love simply said it felt great to win.

Currently, 89th Military Police Brigade is still in the lead for the Commander’s Cup with 322 points. Following them is the 3rd Armored Brigade Combat Team with 150 points.

The next intramural sport coming up is volleyball followed by basketball. For more information on how to get involved in intramural sport, visit https://hood.armymwr.com/programs/intramural-sports.