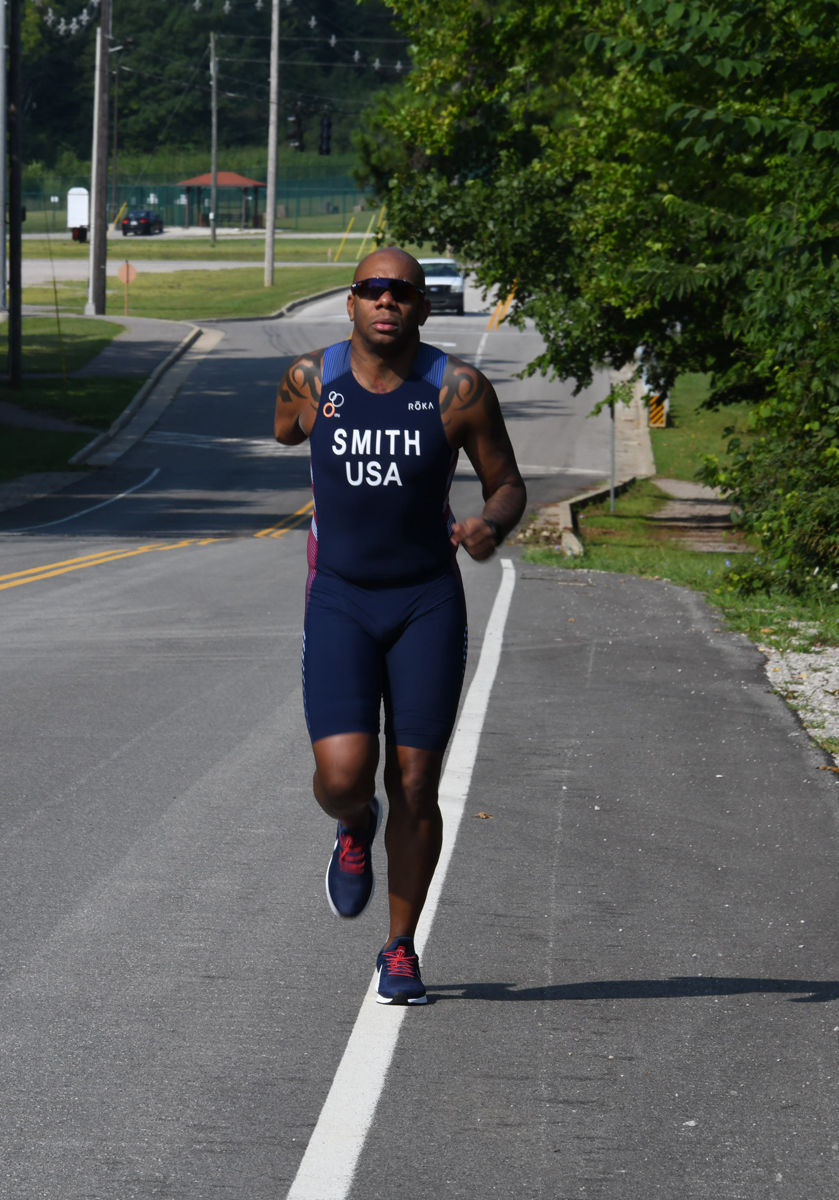 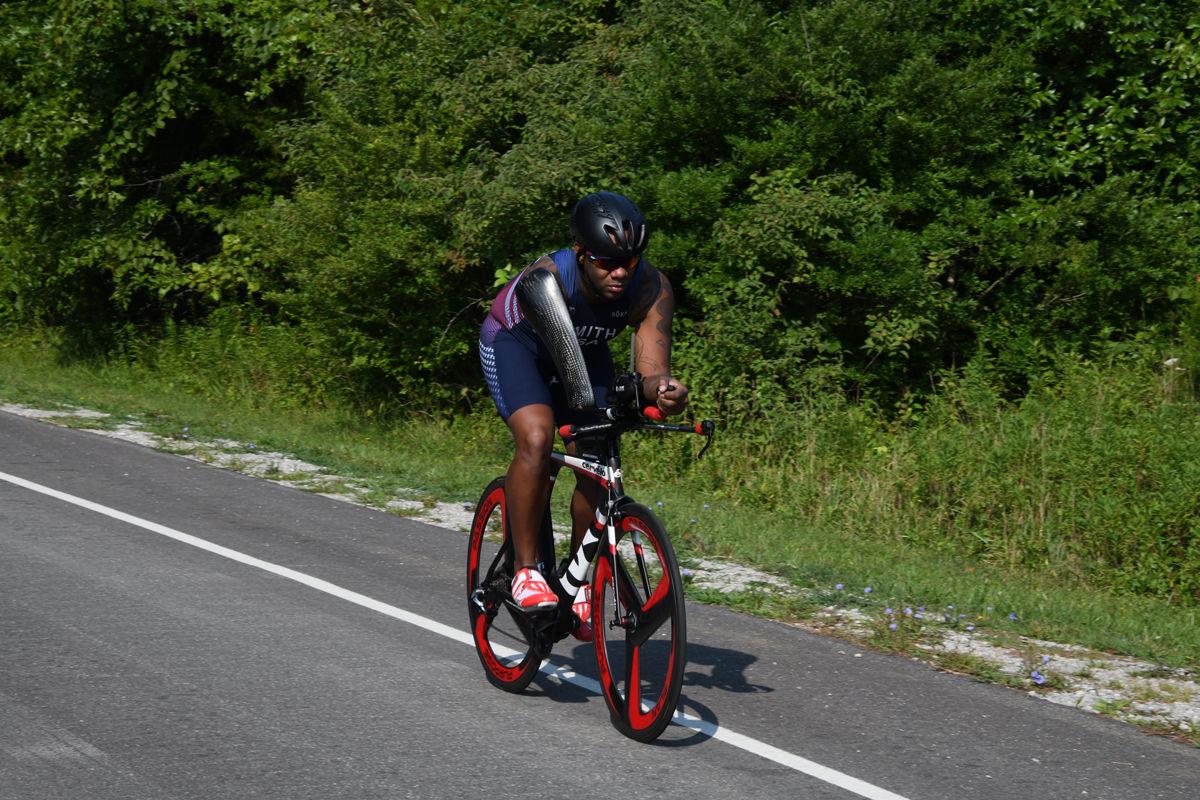 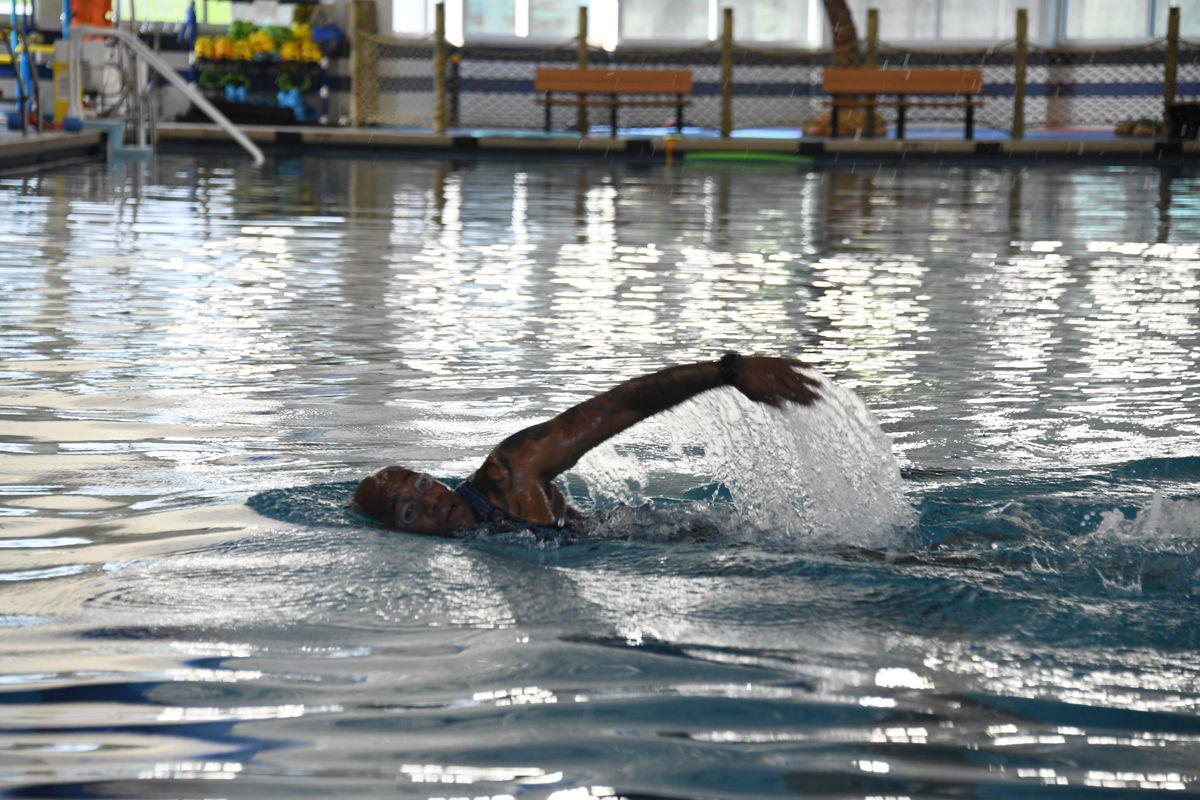 Sgt. 1st Class Michael Smith, U.S. Army recruiter and athlete, trained to compete as a triathlete at the Paralympic level.

Sgt. 1st Class Michael Smith, U.S. Army recruiter and athlete, trained to compete as a triathlete at the Paralympic level.

FORT KNOX, Ky. — When Sgt. 1st Class Michael Smith was hit by distracted driver seven years ago, he lost his arm and almost his life, but that didn’t stop him. In fact, it motivated him even more.

“The accident is the best thing that has ever happened to me - period,” said Smith, who most recently served as a career recruiter working at U.S. Army Recruiting Command headquarters at Fort Knox.

Smith’s right arm was amputated above the elbow because of his injuries. After four years of numerous surgeries, intense rehabilitation and near kidney failure, he pushed through. He then went on to become the first above-the-elbow amputee to receive a fit-for-duty status and continue as an active-duty Soldier.

“My daughter called me her superhero,” Smith said. “That stuck with me and drove me to accept every challenge and opportunity that was presented, and I conquered it.”

Sgt. 1st Class Jermond Awkward, a good friend who also assists Smith while training, said Smith is the most resilient man he knows.

“He lost a whole arm and he still perseveres,” Awkward said. “He’s like the epitome of physical excellence.”

While at Fort Knox, Smith trained to compete as a triathlete at the Paralympic level. He recently moved to Colorado Springs, Colo., to serve as part of the U.S. Army’s World Class Athlete Paralympic Program.

“The most gratifying thing that I take away from sports is it allows me the opportunity to speak to people and tell my story,” Smith said. “The sport is a plus. I love sports, but I would rather spend my time speaking to people and making an impact that way.”

Smith has made many friends on his journey. Kevin Petty is a retired major and a lifeguard at Anderson Aquatics center where Smith trained at Fort Knox. Petty also competes in triathlons alongside Smith.

“You’re not going to find anyone with a bigger heart than Mike,” Petty said. “He faces adversity every day, and he kicks it in the butt.”

Smith came from a single-parent household. Growing up, he wanted to do something to help his mother, so he joined the Army. He joined as a fire direction controller and after a few deployments, he was selected to become a recruiter.

“I went into recruiting because I knew that was going to give me an opportunity to go back into the environment that I came from,” Smith said. “I just feel the inner-city youth, especially the African-American population, they don’t have any real role models to look up to. When the Army asked me to become a 79R, that was a no-brainer. I’m just paying it forward and helping people.”

Smith spends much of his time visiting schools and telling students his story.

Smith pointed out that when he ends his story, he always asks this question: What do you want your legacy to be?

“Everyone may have a disability, but it’s up to you to choose what you do with it,” he said. “The only handicap we have is the one we create on our own. It is mind over matter.”

Smith has overcome many challenges in his life.

“I didn’t understand why it happened to me, but at the end of the day, especially now more than ever, I see why,” Smith said. “I mean you always hear ‘God would never put you through more than you can handle.’ I felt like he picked me because he knew I was strong enough to endure. He’s allowed me to turn it around and use it to make an impact, and that’s exactly what I do.”