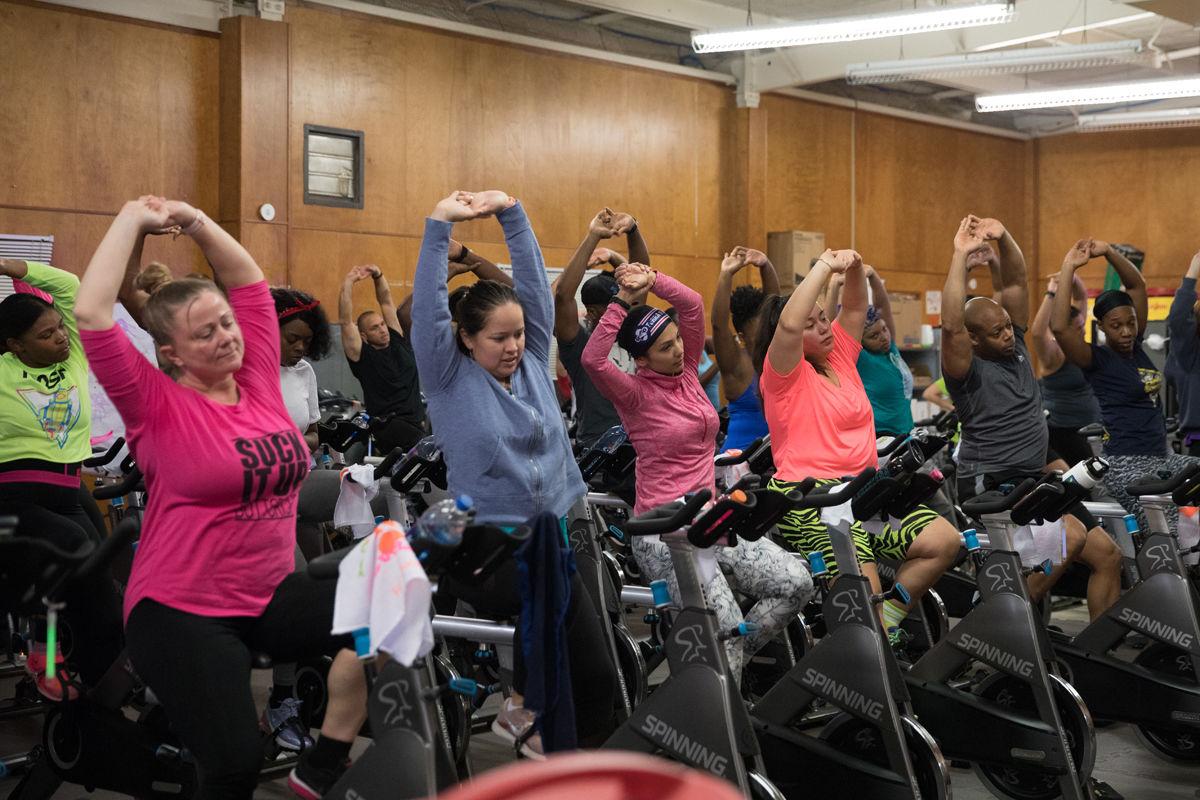 Spinners stretch to warm up for the Raving Revolution Blacklight Spin Party at Abrams Physical Fitness Center on Saturday. 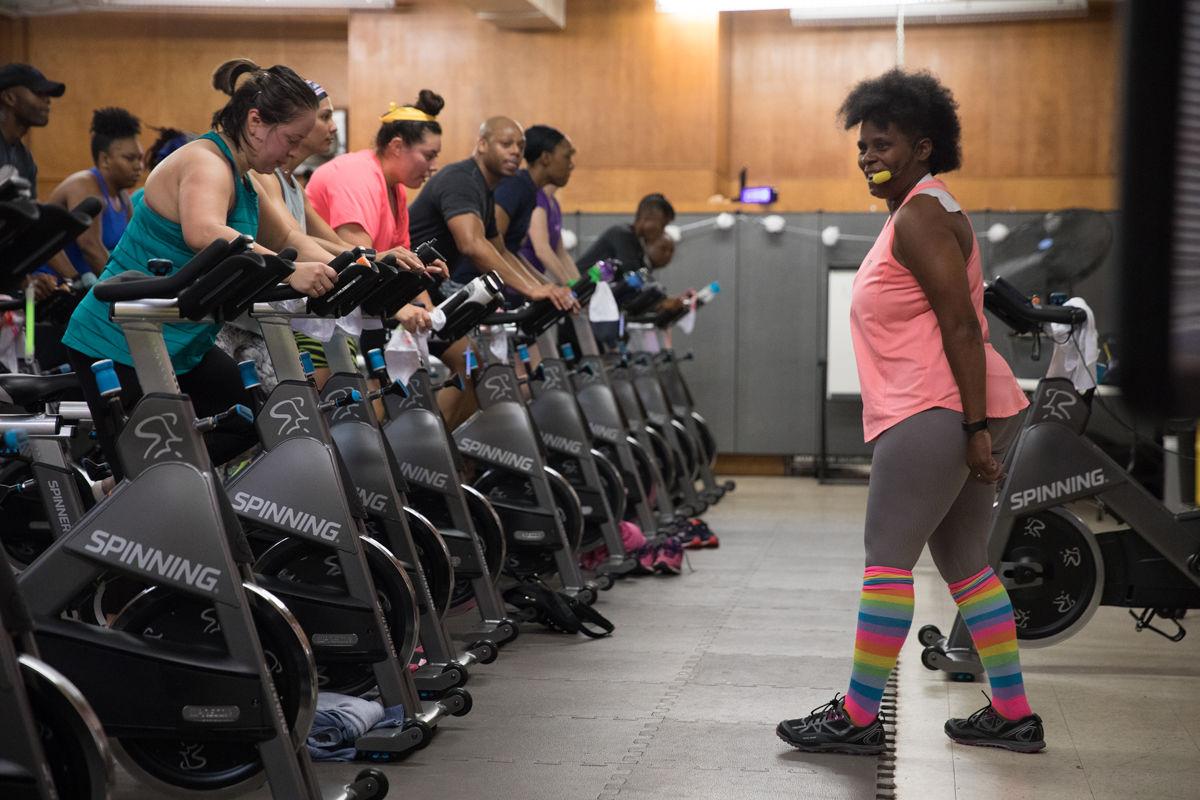 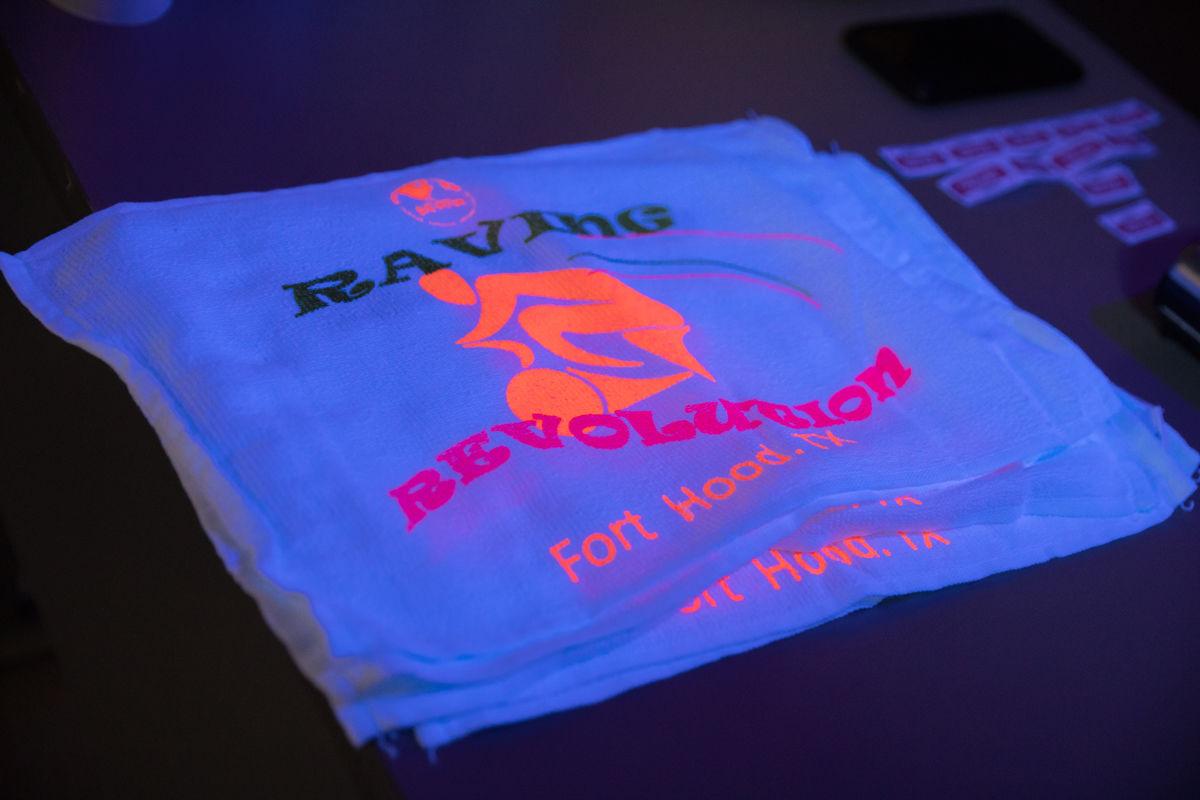 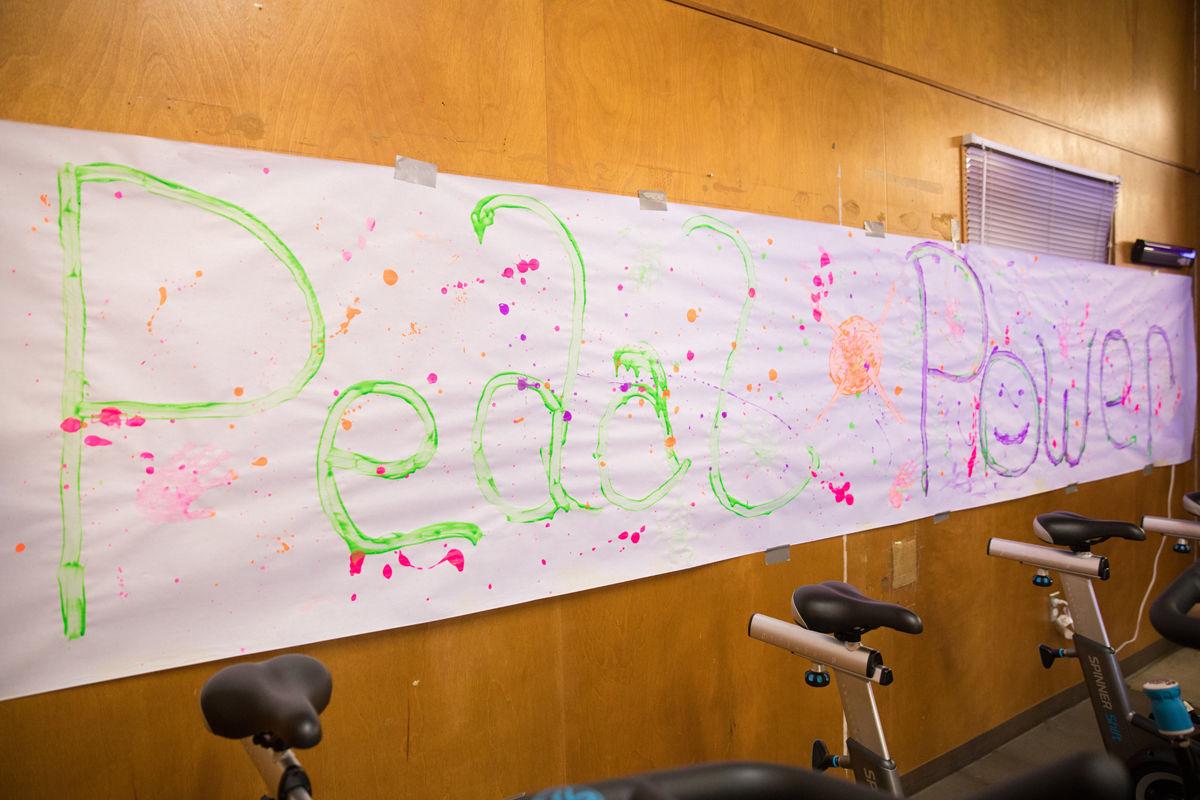 Spinners stretch to warm up for the Raving Revolution Blacklight Spin Party at Abrams Physical Fitness Center on Saturday.

Toni Kornegay, recreation specialist for the Directorate of Family and Morale, Welfare & Recreation, was excited to see the planning efforts pay off.

“This one was a collaboration with the fitness staff and what they have now called the RDS team. They pull people from different areas in recreation division and it allows them to cross train and see how it is to do things that aren’t your everyday jobs,” Kornegay said. “This time it was a collaboration between us and the RDS team… The RDS team is to try to make our events better, more creative…”

Spin instructor Patricia Brown was happy to see such a large group of people come to join the party and get a good workout.

“I wasn’t expecting such a big crowd today. They came in here, they paid their money, so they want an outstanding class,” Brown said. “It was pretty much the crowd. I feed directly off of them.”

Though the class was a long two hours Brown believes that the newer spinners’ biggest challenge was finding their groove on the bikes.

“It’s the seat trying to get your bearings with the resistance, just getting used to the whole bike in general,” Brown said.

She was happy that several people who had never spun before came out to the two hour class.

“I’m actually proud of the new people that came in here because for you to be here, your first time, for a two-hour class that says a lot about your spirit,” Brown said.

Military spouse and veteran Abigail Brewster and 2nd Lt. Princess Sandford, 13th Expeditionary Sustainment Command, enjoy spinning and were excited about adding the element of blacklights to the workout.

“I do a lot of them for PT (physical training). I think it’s a great form of alternative exercise, especially for low impact. I’m a 2nd lieutenant now, but I’ve been in for almost 13 years now as an enlisted hire and our natural go-to is running, but you pound the pavement so much that your knees start giving out your hips start giving out,” Sandford said. “So for me, this was an excellent way for me to keep up my physical fitness, that cardio, and it’s a lot of fun and I love the instructors. They are amazing and then you say, ‘blacklight spin party,’ and I’m like, ‘Heck yeah, let’s do this.’”

They both agreed that the two hour class was very challenging, but it was most challenging when they had to crank the resistance all the way up.

“Going all the way up on the weight,” Sandford said, with Brewster adding, “and still sprinting after that.”

Sandford believes that it’s also a great way for Soldiers to work out without causing a bunch of damage to their joints.

“You don’t always have to pound the pavement if you just want to work that heart rate, work on muscular endurance, because as you can see in the class you’re working on squats and high resistance,” Sandford said.