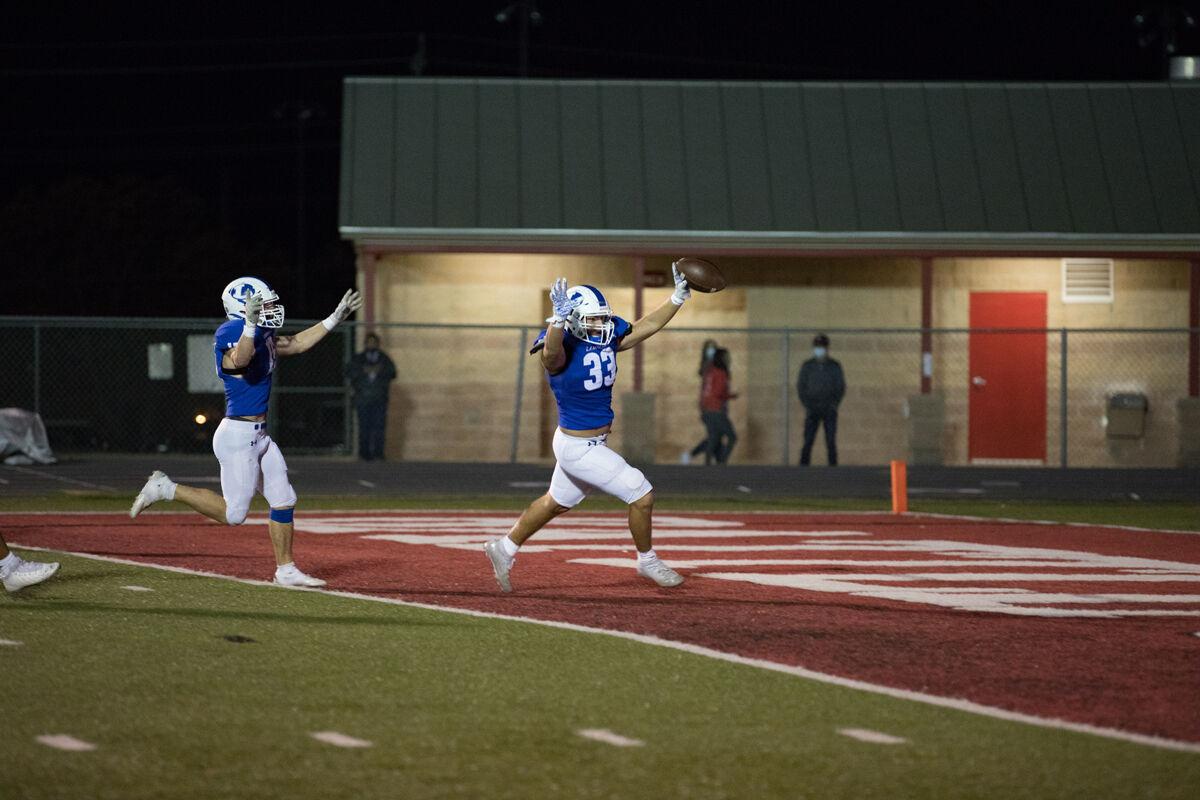 Badger junior linebacker Case Brister (15) celebrates with junior linebacker Josh Carter (33) after Carter ran in a fumble recovery for a touchdown in the Battlin’ Billies Stadium at Fredericksburg High School. 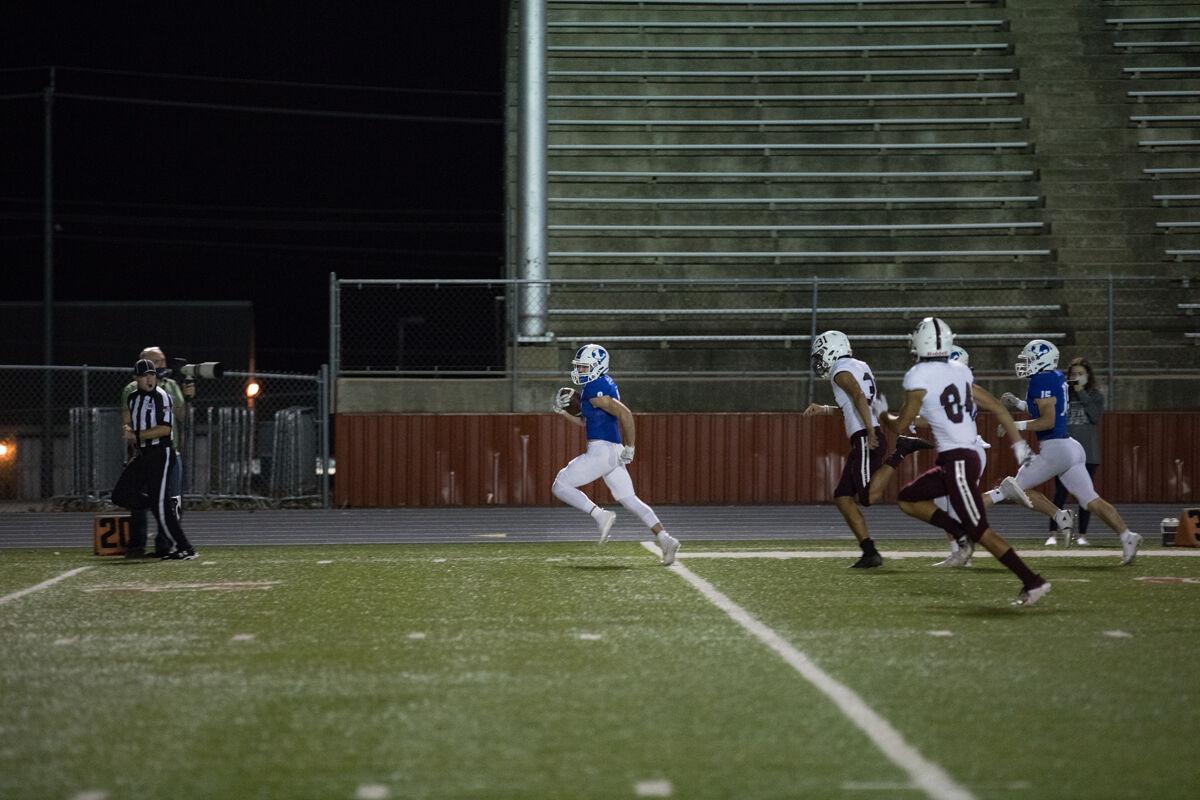 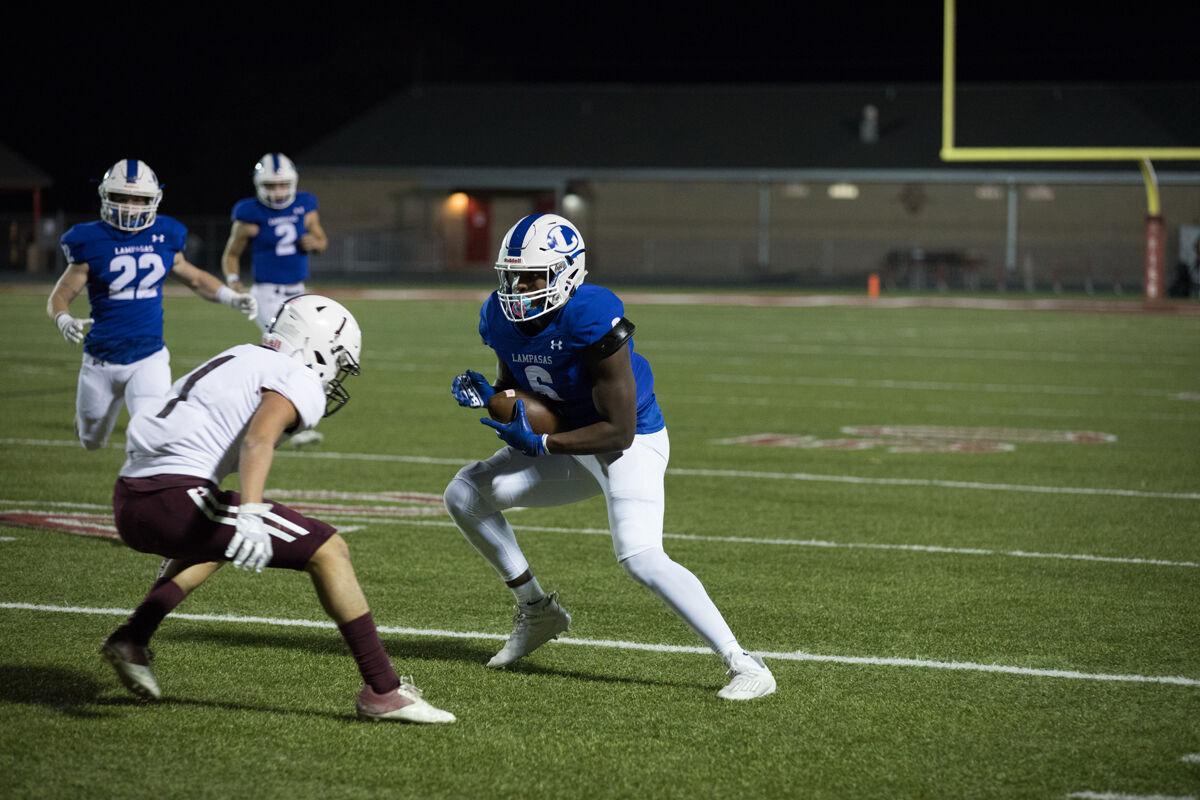 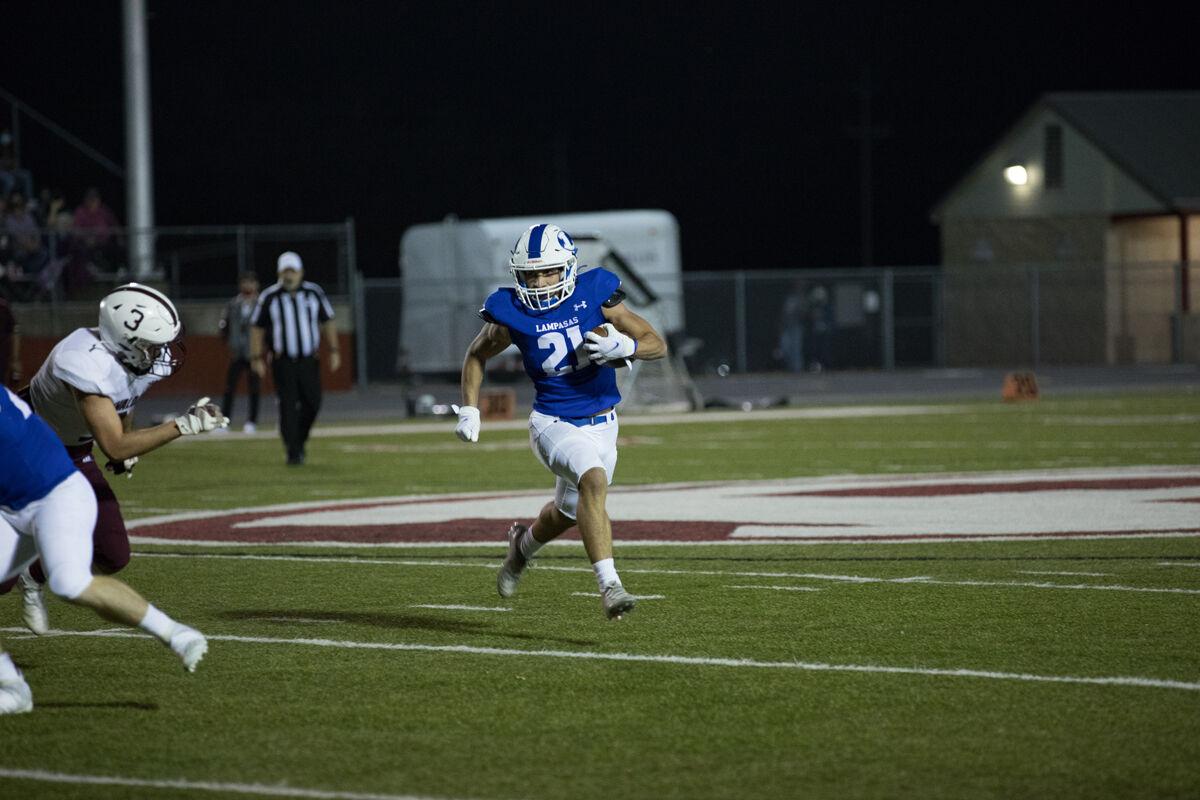 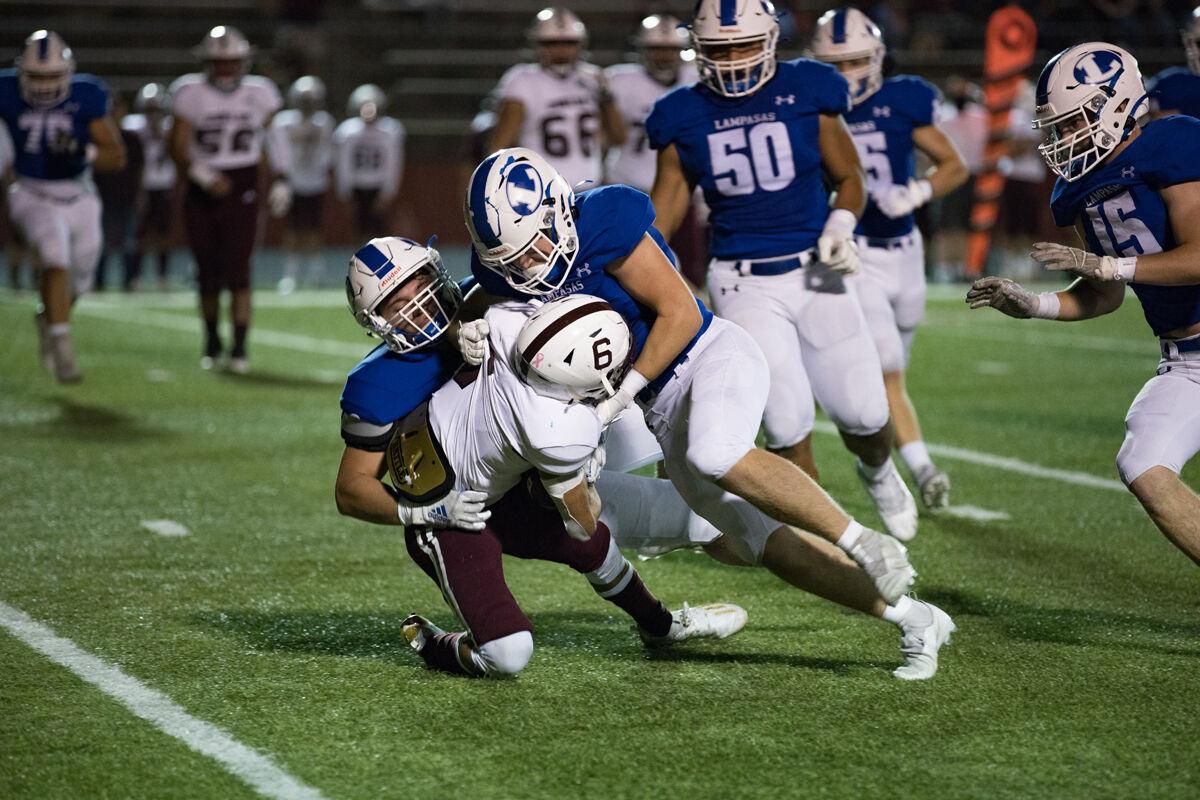 Badger junior linebacker Case Brister (15) celebrates with junior linebacker Josh Carter (33) after Carter ran in a fumble recovery for a touchdown in the Battlin’ Billies Stadium at Fredericksburg High School.

FREDERICKSBURG — The Lampasas Badgers hoisted the Bi-District champion trophy high after they opened the playoffs with a bang, defeating the Uvalde Coyotes 61-14 Nov. 12 in the Battlin’ Billies Stadium at Fredericksburg High School.

As if their undefeated record didn’t speak for itself, the Badgers made a statement in the first few seconds of the game when senior defensive back Cade White (8) returned the starting kickoff 70 yards for a touchdown. Moving into round two of the playoffs, they remain undefeated and head coach Troy Rogers was very happy with the win.

“It feels good. It’s nice to get that first win,” Rogers said.

After their kickoff return, the Coyotes managed to score a touchdown, but after that the Badgers took over scoring six more touchdowns, a field goal and a touchback throughout the rest of the game, before the Coyotes scored one more time in the fourth quarter.

“I was proud of the way we played a complete game. I thought all three phases of the game really stood out,” Rogers said. “That’s exciting when you’ve got all three phases doing a good job. That’s what you want to see. We’ve got some things to clean up obviously, but everyone that’s on the sidelines essentially got to play, which is what you also want. So it was a good night.”

Even though the score would suggest they played flawlessly, there are still some things that Lampasas received that Rogers wants to clean up.

This season has been a unique one to say the least, and Rogers said the Badgers have been playing every game like it’s their last, and he believes that momentum will carry them all the way to the end.

“It’s been a one game season all year for us, because it’s the COVID year. We’ve missed out on two ball games (because of COVID issues). These guys know it’s been that way, and we’re going to play every game like it’s our last, and when you’re in the playoffs there’s no tomorrow, so you better put everything on the line so you can play again. We’re fortunate enough to be able to play again next week.”

The Badgers will take on the Corpus Christi Miller Buccaneers at 8 p.m. Saturday at the Dub Farris Athletic Complex in San Antonio.