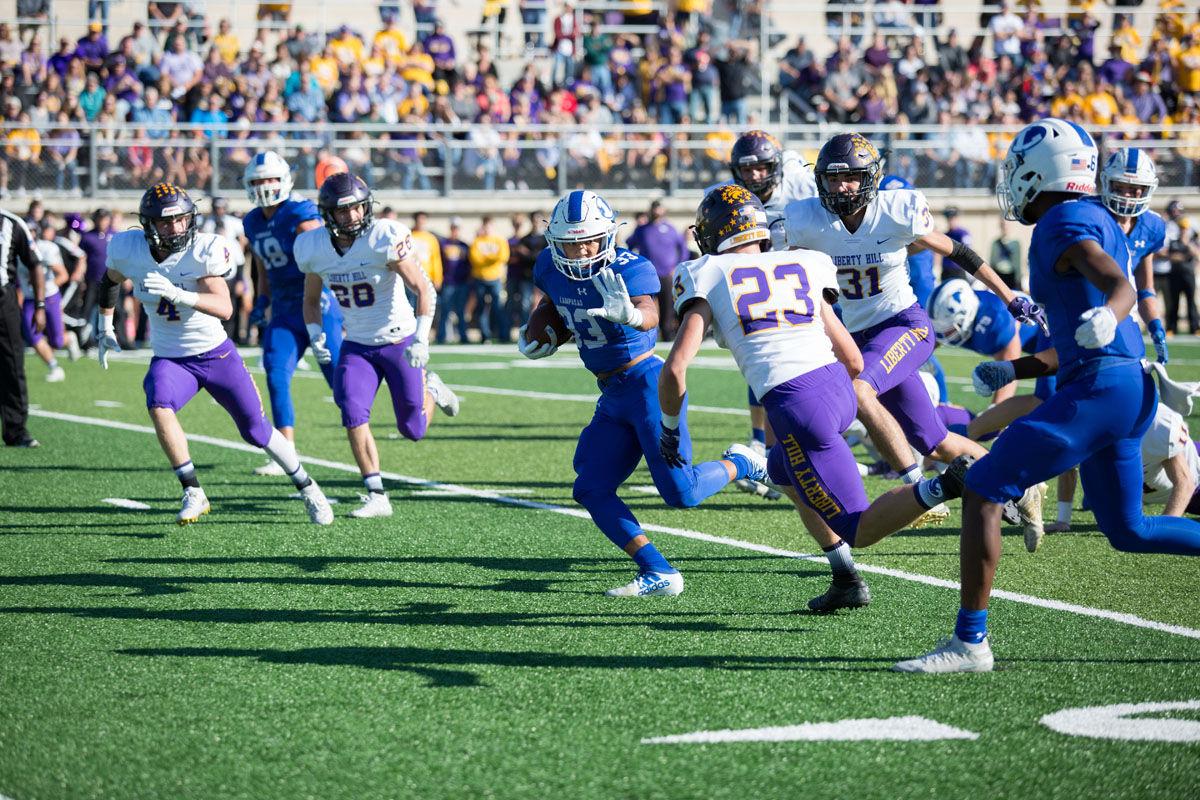 Lampasas senior running back Daunte Cuffie (33) rushes to gain ground for the Badgers during the Lampasas versus Liberty Hill playoff game Saturday. 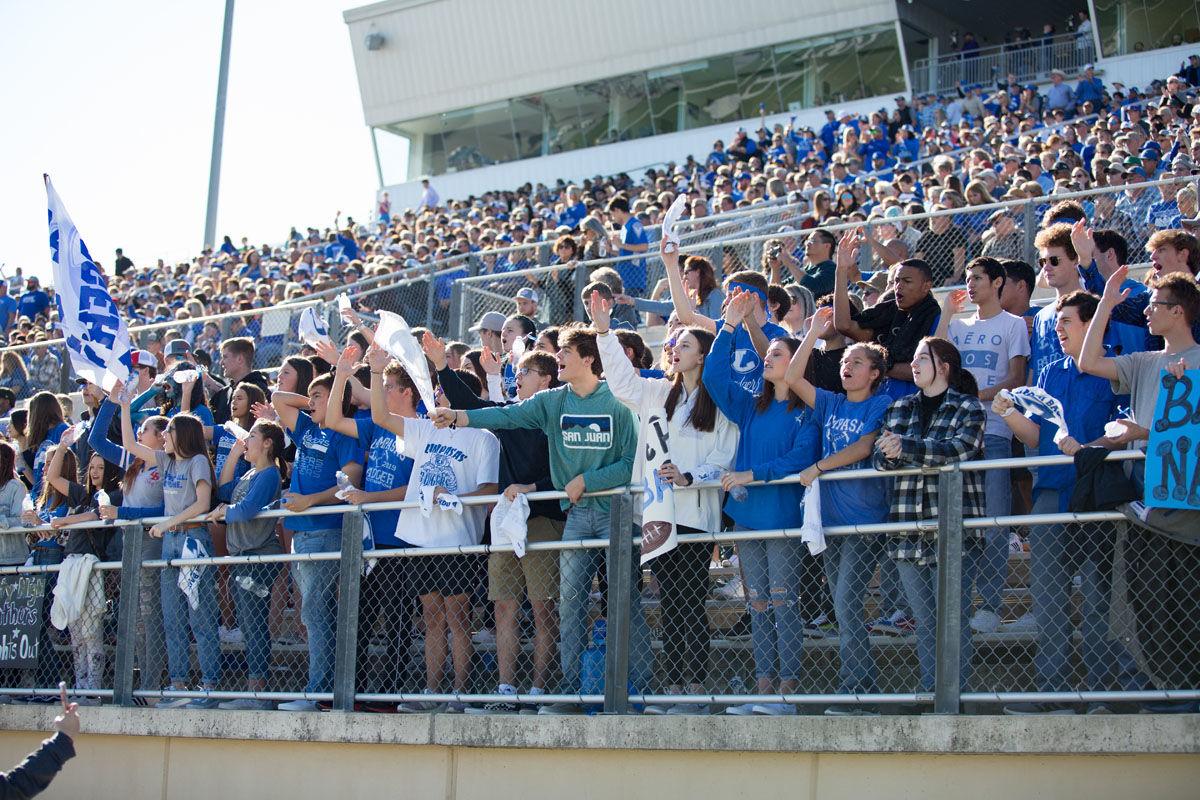 Lampasas fans cheer on the Badgers during the Lampasas versus Liberty Hill playoff game in Gupton Stadium Saturday. 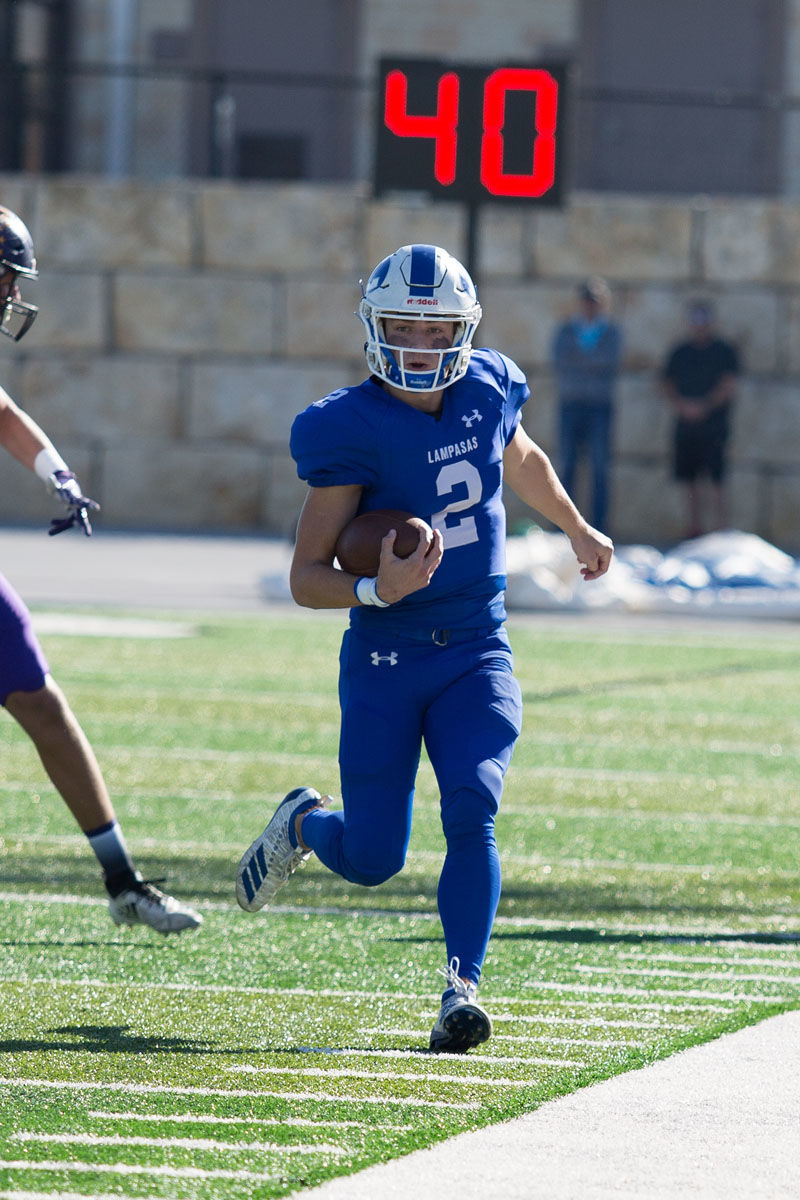 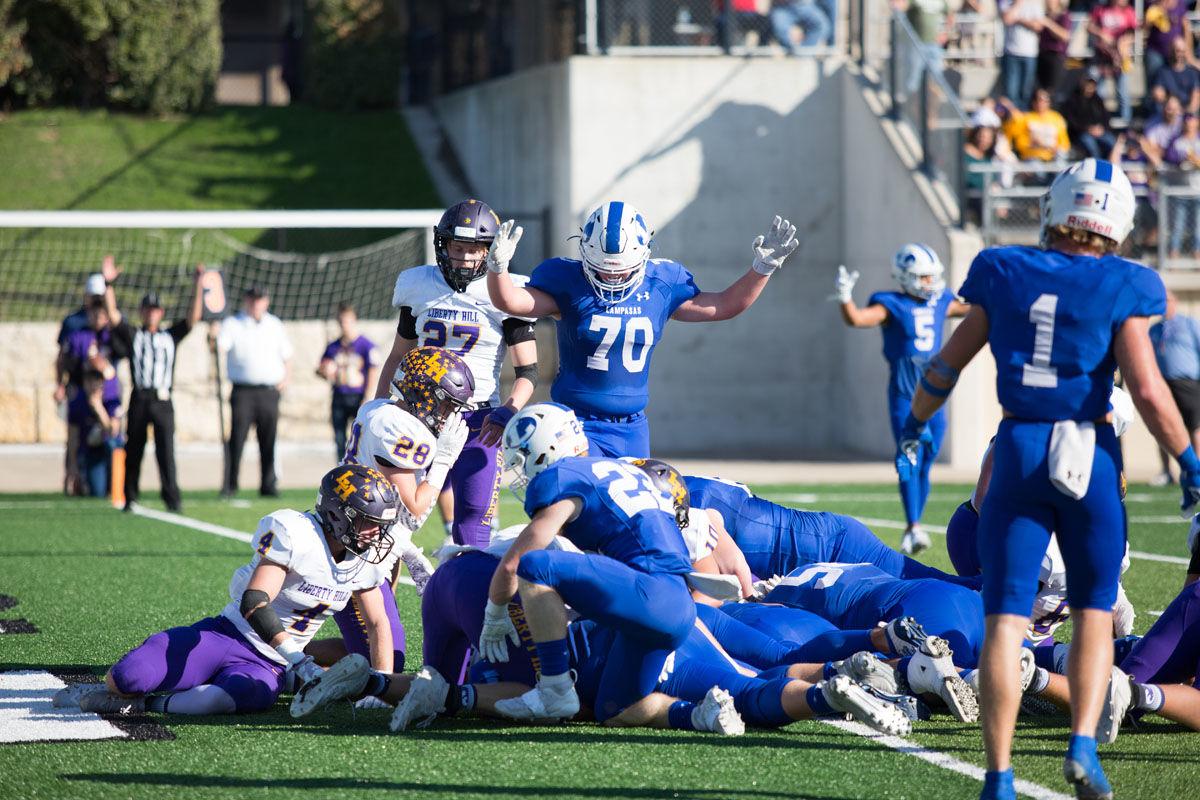 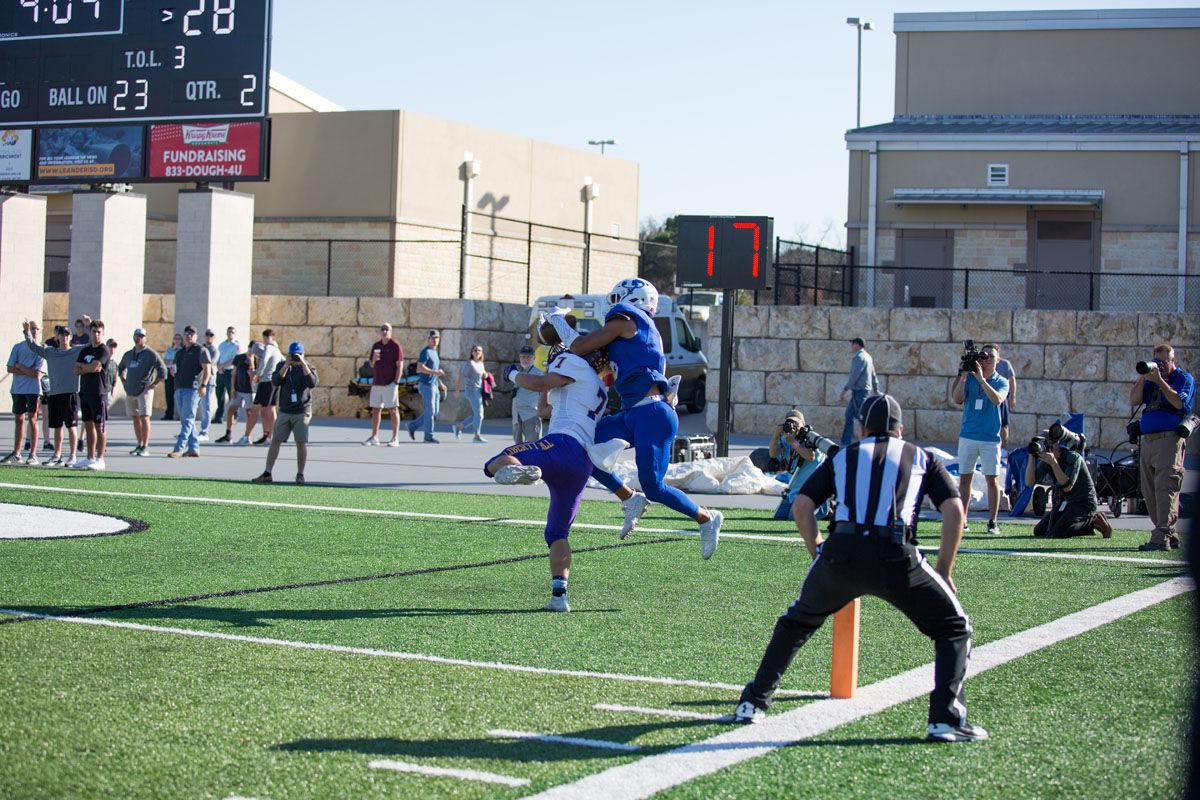 Lampasas senior running back Daunte Cuffie (33) rushes to gain ground for the Badgers during the Lampasas versus Liberty Hill playoff game Saturday.

Lampasas fans cheer on the Badgers during the Lampasas versus Liberty Hill playoff game in Gupton Stadium Saturday.

CEDAR PARK — The Lampasas Badgers are moving onto the semifinals after beating the Liberty Hill Panthers 49-34 in Gupton Stadium Saturday.

The Badgers faced Liberty Hill for the second time this season and head coach Troy Rogers made sure the Badgers were ready for the challenge.

“It’s never easy to play someone twice, but our guys, you know, it’s another game. We talk about it’s not about what’s on the name of the jersey,” Rogers said. “We’re going to worry about us and we’re going to play our game and I think our guys have been doing that, they bought into that and we’re playing good football right now.”

He said that his players understand the importance of each game and he’s proud of how seriously they take practices.

“To be honest with you, our guys, the maturity level and the focus of our team has been great. They go to work every day, there’s a focus at practice, a sense of urgency at practice even now and we’re still trying to get better,” Rogers said. “We still got things to clean up and we still got to get better and our guys understand that. Today was about trying to get another opportunity to play and so taking care of business and we have another opportunity to play that’s what it’s about.”

In order to get as far as they have this season, the team’s mentality has been a focus of the coaching staff. Rogers, though he is glad they have had great success this season, doesn’t want it to go to the players heads.

“That’s our mentality, it’s one game at a time. We haven’t been talking about anything other than the one game at a time mentality,” Rogers said. “That’s a big deal because when you do have a little success, we’re district champs, people want to get excited and start talking about what can happen if the players bought into that then we wouldn’t be focused on the game at hand. That’s why we keep our head down and go to work.”

The Lampasas fans filled the stands once again and Rogers is thankful for the community’s support as they attempt to make it all the way to the championship.

“Well, the community of Lampasas has been craving this for years and you can see our turnout. I mean, it’s been really something special,” Rogers said. “Our guys, they feed off the energy. Our fan base is special. Win or lose, they support us and they’re excited about having a winner right now. I know from being from Lampasas and knowing what we have at Lampasas, it’s just an honor to be a coach here and to see this success happening.”

Lampasas junior quarterback Ace Whitehead, who had over 400 passing yards, was humble, admitting it’s been a team effort in order to make it as far as they have and is happy for the opportunity to keep playing.

The Badgers will take on the Carthage Bulldogs at 7:30 p.m. Friday at Texan Drive Stadium in New Caney.