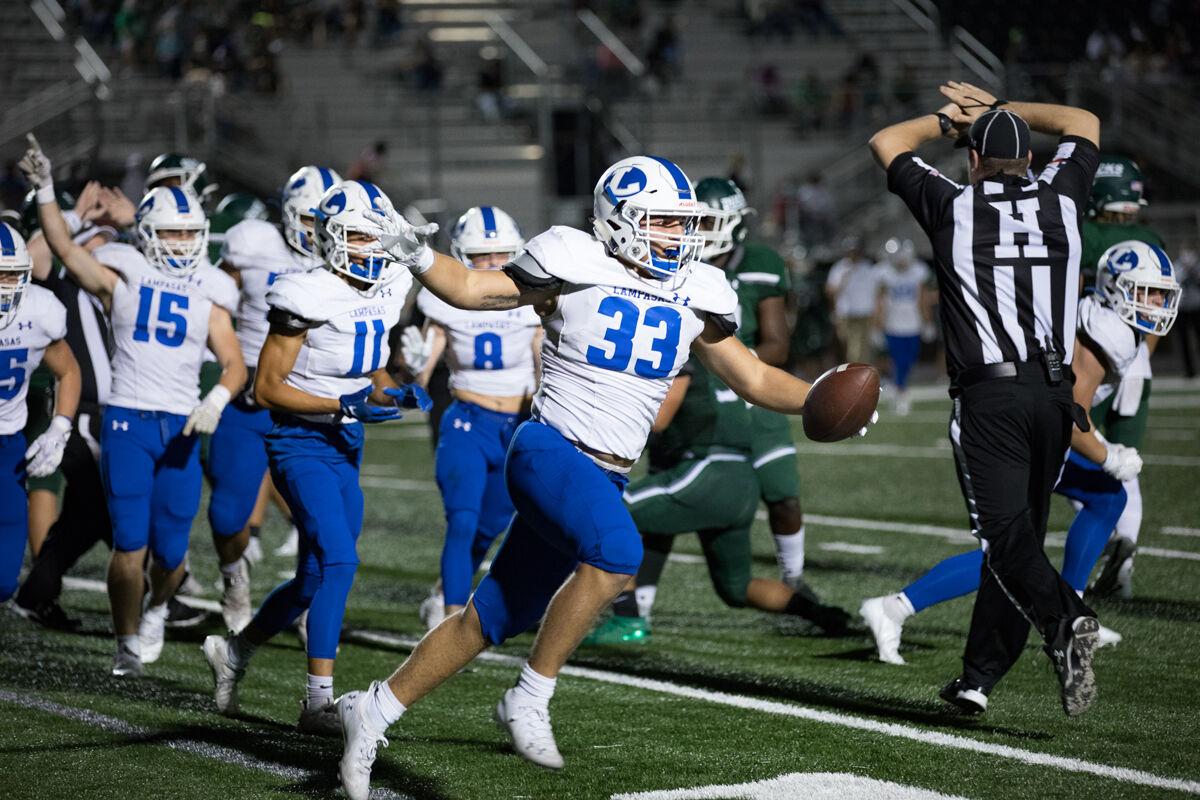 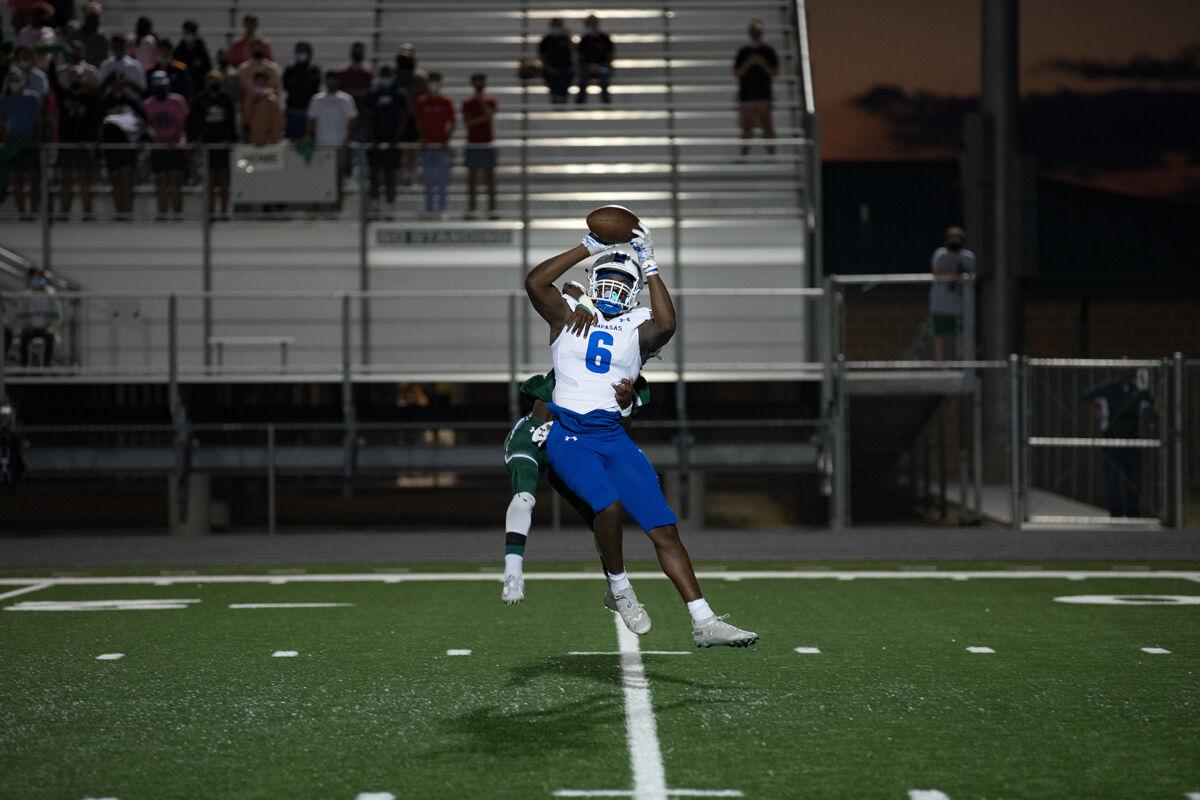 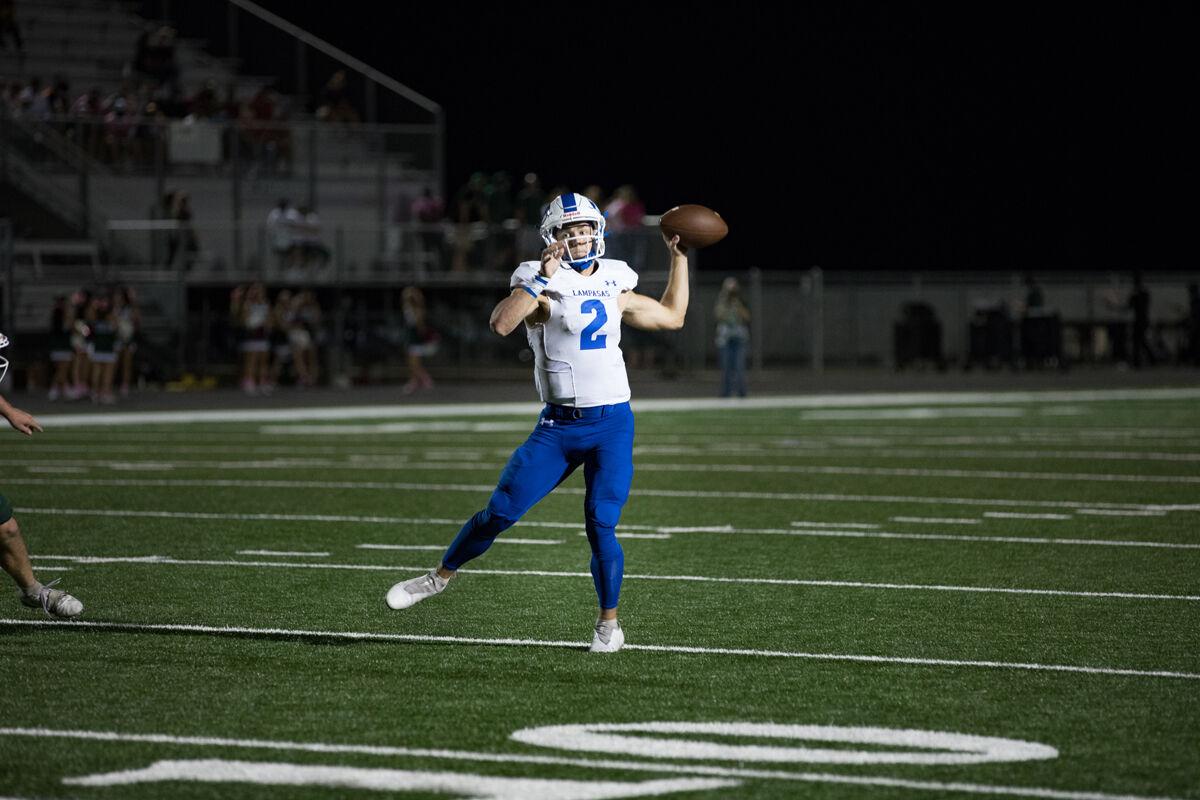 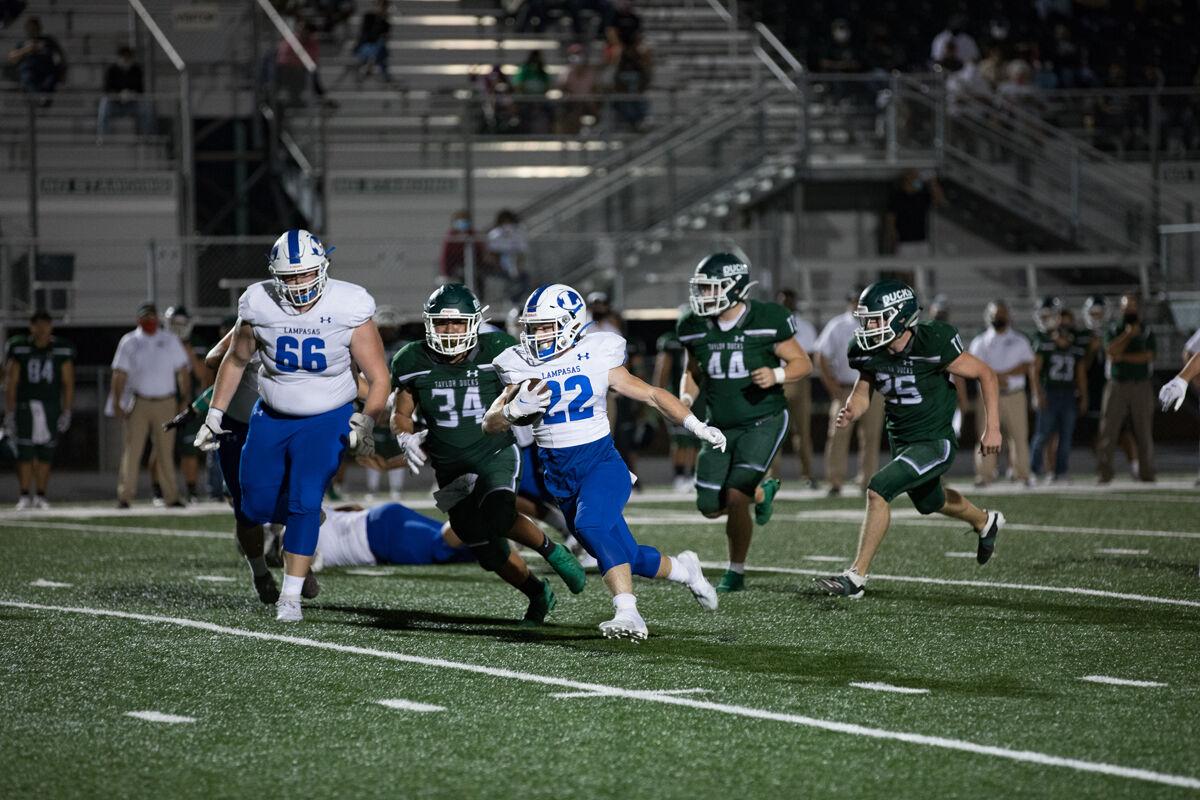 TAYLOR — The Lampasas Badgers defeated the Taylor Ducks, 59-0, in Taylor Stadium on Friday, opening up district play with a win.

The game seemed routine for the Badgers. They hadn’t been on the field for four weeks due to COVID-19 concerns, but clearly their short hiatus didn’t affect the team at all.

“I’m really proud of the guys ... they played hard,” Badgers coach Troy Rogers said.” We got a good win on the road and first win of district, that’ a big deal. There’s a lot of things we need to clean up as well. That’s what you expect when you haven’t played in 28 days, but I was just proud of how the guys came out and played.”

Star player, senior quarterback, Ace Whitehead (2) stood out, completing 13 out of 14 passes for 214 yards and five touchdowns. Rogers was proud of Whitehead and admitted it’s like having part of the coaching staff on the field.

“He’s a good leader, and his decision-making is second to none,” Rogers said. “He makes really good decisions … it’s like having another coach on the field, one that’s very athletic.”

Though the offense shined, the shutout win would not have been possible without the defense also playing their best. Rogers was proud of how they performed to keep the Ducks off the board.

“I liked the way they tackled. I thought we tackled well. Taylor’s got a good scheme and they’ve got some good backs and a really good quarterback,” Rogers stated. “To keep them off the board and for our guys to play as aggressive as they did and make tackles, I thought that was a good thing when you haven’t tackled anyone else in so long.”

Whitehead, who also acts as the kicker, spoke highly of the Badgers defense.

“Our defense is really talented,” Whitehead said. “I don’t think they get enough credit, but (I’m) super thankful for those guy, proud of them. They do that every week.”

Rogers and the Badgers take each game at a time knowing that with the pandemic, nothing is guaranteed anymore, but that helps them remain ready to win despite whatever setbacks may come their way.

“We missed out on two ball games this year because of COVID issues. We’re not guaranteed anything, so every time we step on the field, we’re playing like it’s our last game,” Rogers said. “That’s our mentality, and we’re always playing the next play, and we’re focused on that and not anything else.”

This week the Badgers will take on the Burnet Bulldogs in Burnet at 7:30 pm Friday.