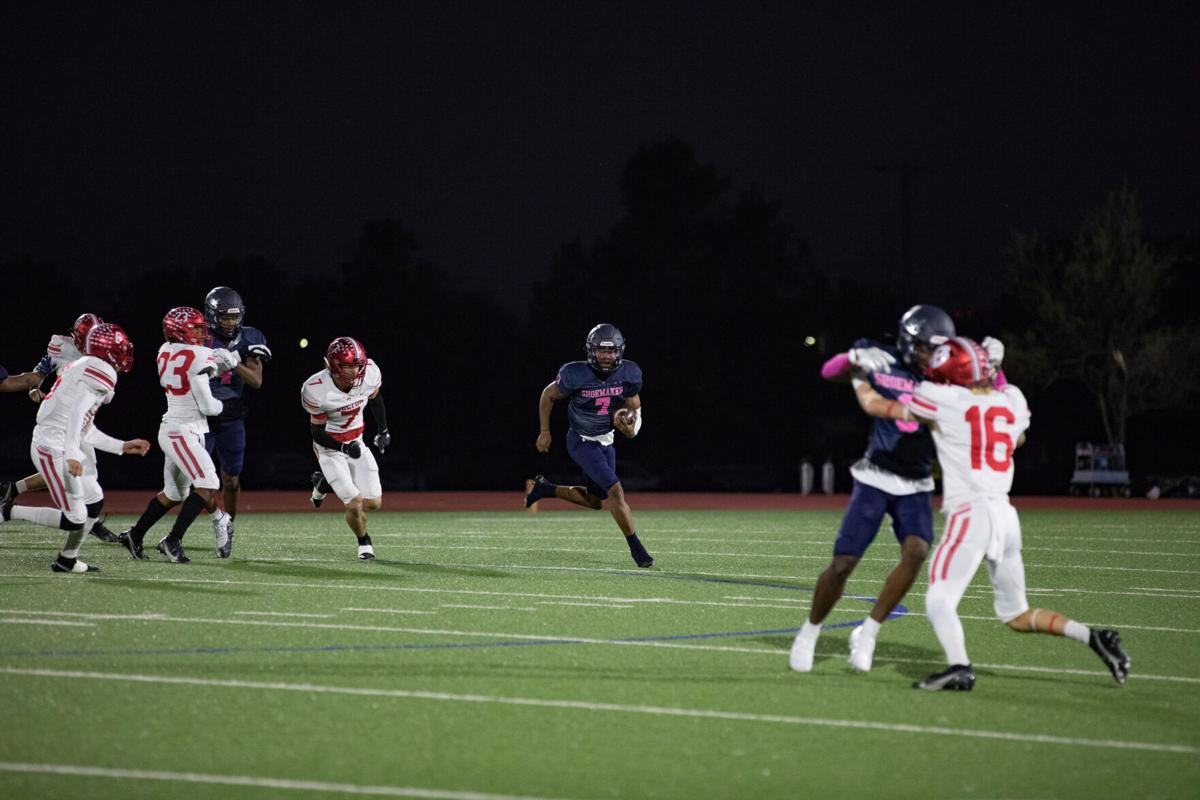 Shoemaker senior quarterback Omari Evans (7), looks for a way around the Tigers defense, during the Shoemaker versus Belton football game, Oct. 28. 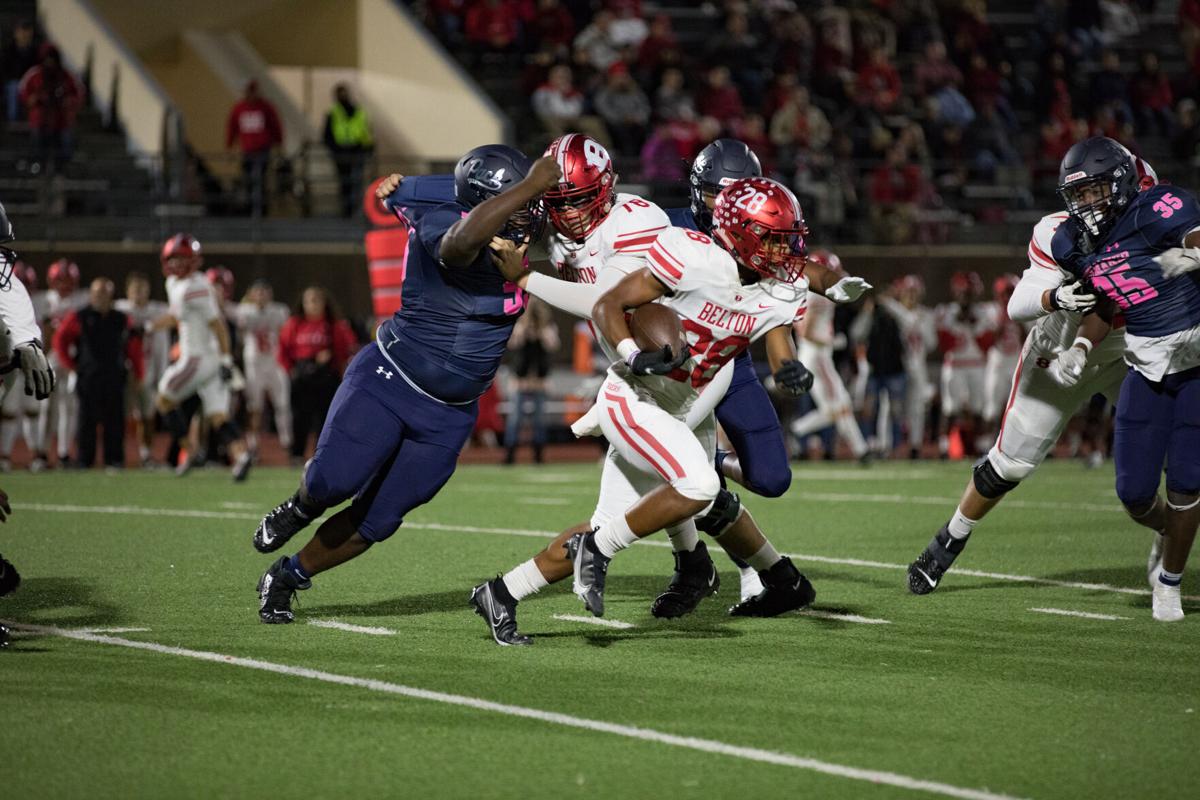 Tiger senior running back Elijah Warner (28) makes his way through Shoemakers defense during the Shoemaker versus Belton game, in Leo Buckley Stadium, Oct. 28. The Tigers beat the Grey Wolves 24-15. 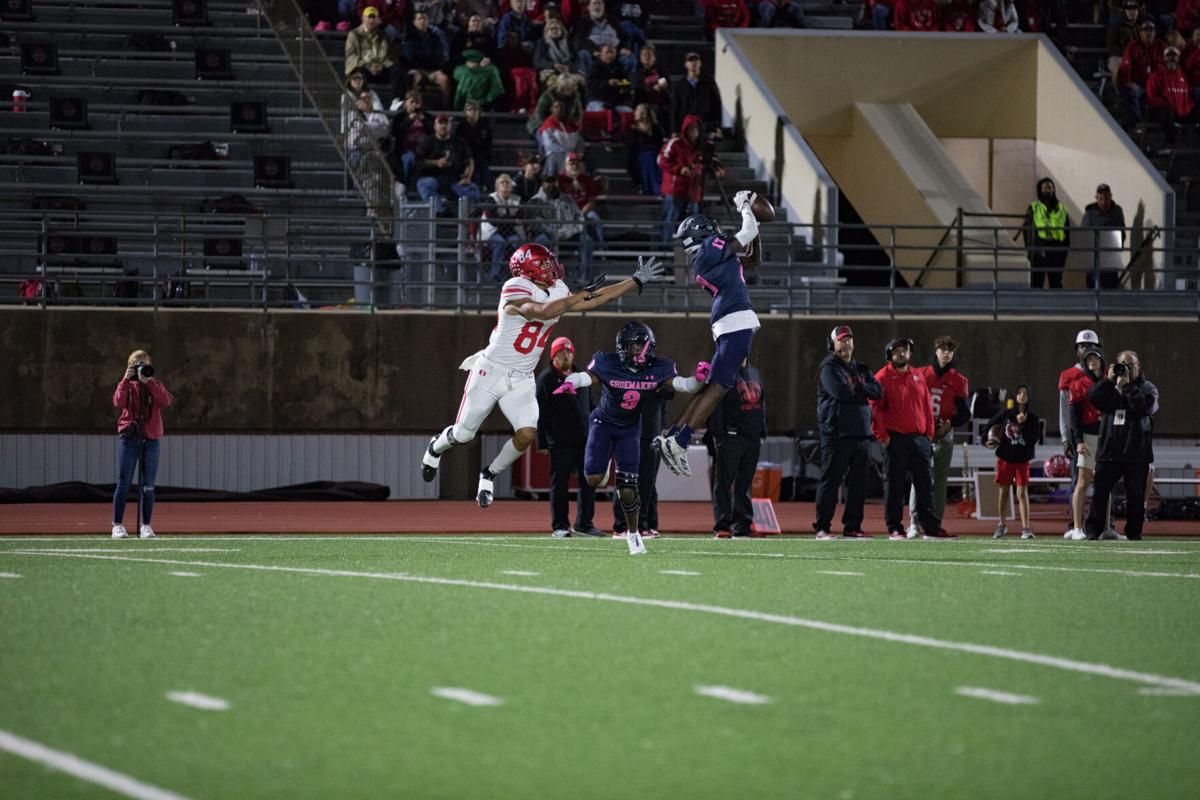 Shoemaker senior quarterback Omari Evans (7), looks for a way around the Tigers defense, during the Shoemaker versus Belton football game, Oct. 28.

Tiger senior running back Elijah Warner (28) makes his way through Shoemakers defense during the Shoemaker versus Belton game, in Leo Buckley Stadium, Oct. 28. The Tigers beat the Grey Wolves 24-15.

The win secured a playoff spot for the Tigers, something they haven’t been able to do since 2018, and it was the 600th win for the Belton football program.

Shoemaker head coach Toby Foreman encouraged his team after the loss of the game by reminding them of a saying they see quite often.

“What I told them was what is written on our whiteboard in the weight room at home: ‘Character, and character’s who you are.’ So, for the next eight days we’re going to find out who we are,” he said.

The first quarter was very quiet; neither team was able to put any points on the board. However, at the beginning of the second quarter, Belton senior running back Elijah Warner (28) made it to the end zone, scoring the first touchdown of the night.

It seemed that Shoemaker would also put some points on the board before halftime, when Shoemaker senior defensive back Michael Alexander (17) intercepted and ran down the field into Tiger territory, but the play was called back on a penalty.

Shoemaker eventually put points on the board at the end of the third quarter, when junior wide receiver Jamarius Stewart (2) scored. They scored once more with a little over a minute left in the game, and after a successful two-point conversion, had accumulated 15 points, but the Tigers already had a comfortable lead with 24 points.

“I’m so proud of the players. They had to do this and stick with it and trust us when we came in here,” Sniffin said. “To go through COVID and then to fight through all that, all those close losses last year. I can’t say enough about the grit and determination of these Tigers.”

Foreman was thankful for the fans and family members that came out to celebrate Shoemaker’s senior night and is looking to end the Grey Wolves’ season on a high note when they take on Ellison in their final week of the season.

“We’ll finish our season with a game in this stadium on the visitor’s side against Ellison. It may not have playoff implications, but it gives us an opportunity to have the opportunity to go out a winner and that’s a big deal.”