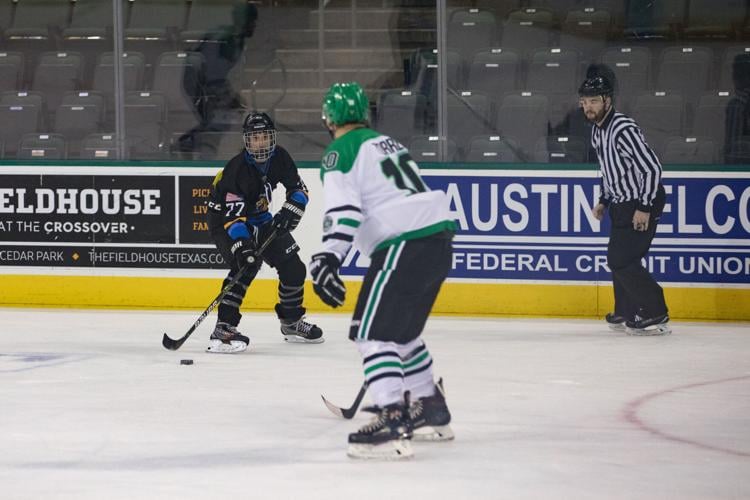 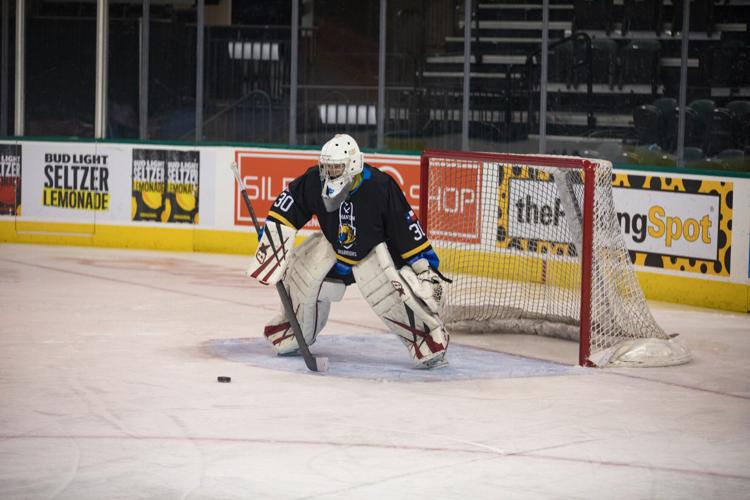 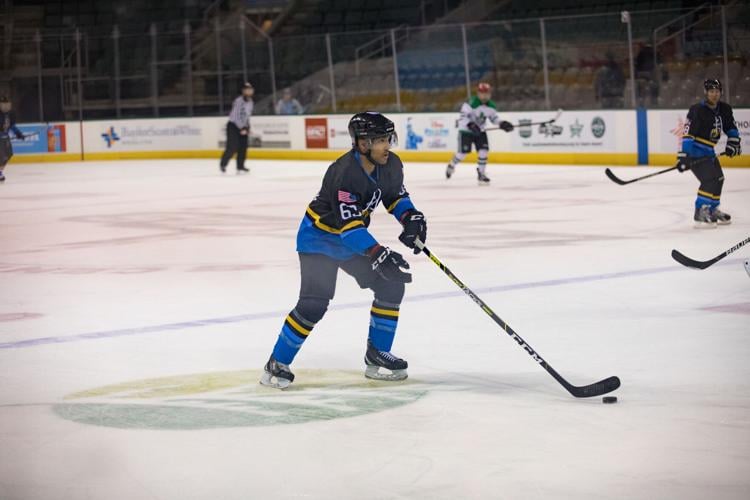 The Fort Hood Phantom Warriors are representing the Great Place, on the ice, as a hockey team.

The team was formed in 2021, and each player shares a passion for the game of hockey.

“I’ve played hockey just about my entire life. My whole family has, really. Growing up not too far south of Boston, hockey is a large part of any kid’s life. (I) haven’t been on a truly organized team since high school, but never missed a chance to play or watch the game since then.”

Pfc. Destiny Moore, 43rd Medical Detachment, 1st Medical Bde., wanted to have something here that reminded her of home.

“I joined the Fort Hood hockey team to feel closer to home,” she said. “I’m from North Dakota, and for as long as I can remember, I’ve loved hockey.”

“I wanted to be on the Fort Hood hockey team because I love playing hockey,” he said. “I wanted to bring awareness to the sport and be an ambassador to the community-another outlet to make a difference.”

Maj. Jeremy Flake, 3rd Bn., 16th Field Artillery Regt., 2nd BCT, 1st Cav. Div., was invited to join the team at the opening ceremony of the ball hockey rink located near the Harvey Physical Fitness Center. He started playing in college, but his interest grew when he played as an Army exchange officer in Canada.

Though they all gain something different from the sport, they all agree that camaraderie is one of the most enjoyable parts of being on the team.

“(My favorite part is) the camaraderie built from being with Soldiers from across multiple units on Fort Hood,” Flake said. “It’s been a great way to build relationships between everyone on the team, regardless of rank or position.”

“I really enjoy the camaraderie we have going on, bonding over the love for the game,” Bingham said.

Along with the camaraderie, they all agree hockey’s helped them become better Soldiers, by improving their physical and mental health, as well as grow their leadership skills.

“Being part of this team is helping me so much, not only mentally, but also physically. I suffer from hip and back pain and, surprisingly, hockey helps with it,” Moore said. “Being part of this team helps me mentally because it makes me feel like I have people that I can count on and people that I can call if needed. This team gives me a sense of family with most of our own families being all over the place, it helps to have people here with you that you can call family.”

“As one of the players with the most experience, hockey has given me a chance to really lead others. Especially in a non-work situation. To see where I need to improve as a leader and where I might shine,” O’Shaughnessy stated. “Also, it gives us all a break from the daily grind of life in the Army. When we all enter that rink, locker room or step foot on the ice, rank doesn’t matter anymore. No one has any more authority than anyone next to them. It’s a chance for all of us to just take a break and be ourselves, while still being around people who do what we do every day. We get to just enjoy playing hockey.”