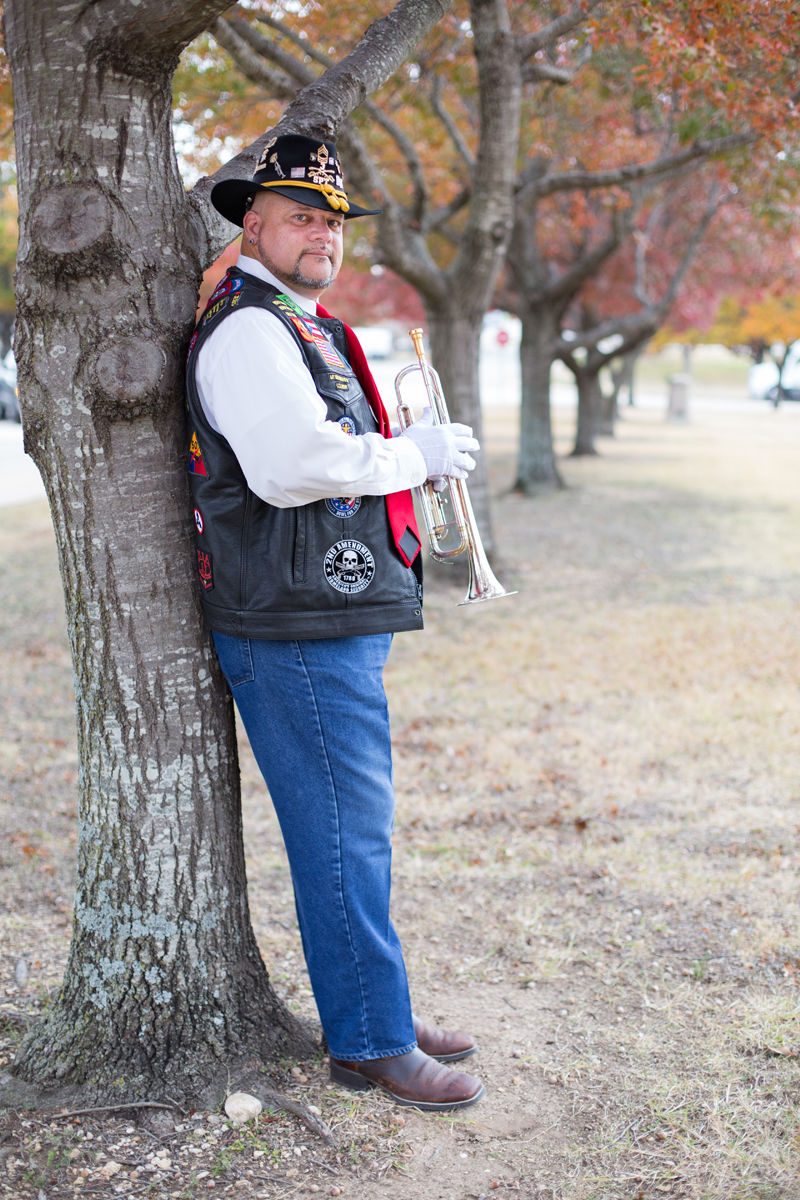 Guillermo Nieves Jr. poses in front of III Corps Headquarters. Nieves began playing the trumpet in Puerto Rico in the late 1970s. He hopes to one day have the opportunity to play in AT&T Stadium at a Cowboys game. 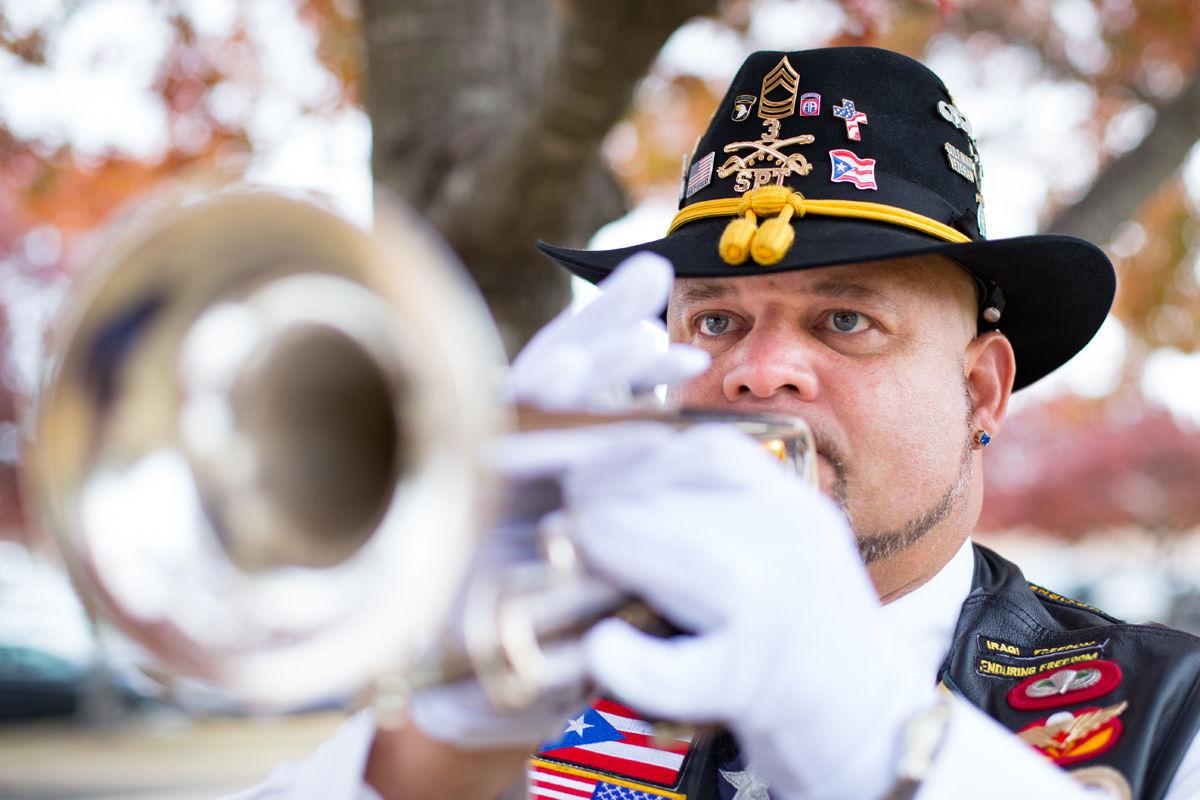 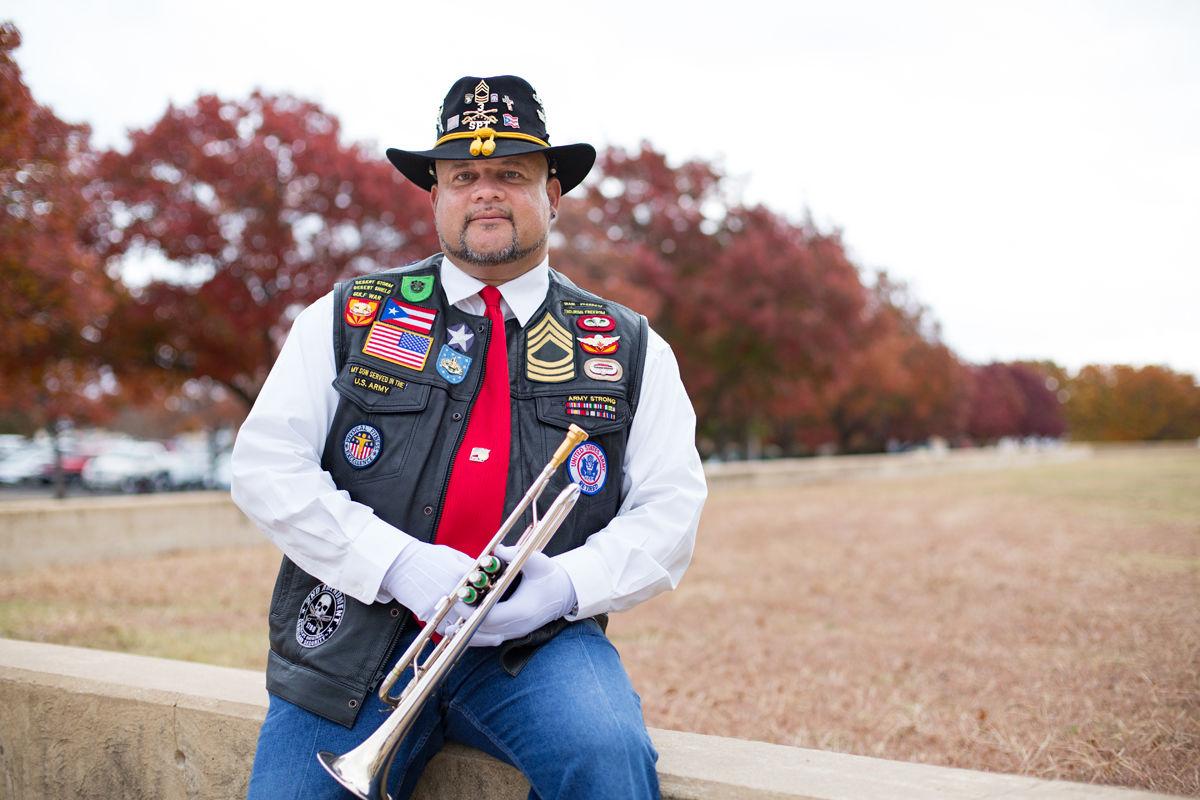 Guillermo Nieves Jr. poses with his trumpet outside of III Corps Headquarters Nov. 21.

Guillermo Nieves Jr. poses in front of III Corps Headquarters. Nieves began playing the trumpet in Puerto Rico in the late 1970s. He hopes to one day have the opportunity to play in AT&T Stadium at a Cowboys game.

Guillermo Nieves Jr. poses with his trumpet outside of III Corps Headquarters Nov. 21.

If you’ve been to any recent event hosted by the Directorate of Morale, Welfare & Recreation, like the Ruck Race, Ten-Miler Shadow Run or the Great Turkey Chase, you have heard a trumpeter play the national anthem.

That trumpeter is retired Master Sgt. Guillermo Nieves Jr., who began playing the trumpet in Puerto Rico in the late 1970s. He then played in New Jersey in his high school’s band, before joining the Army in 1989. Once he became an Army recruiter in the late 90’s in Tucson, Arizona, he volunteered his trumpeting talent whenever he could.

“I played in baseball games in Tuscon. I played in hockey games. I played for a lot of the high schools I used to recruit, especially the football games,” Nieves said.

After that he went to Korea and continued to share his talent.

“After I retired, I kept doing it,” Nieves said. “Not only because I enjoy it. Music is also a therapy, not only for me, but for a lot of other people. I’ve found out that, you know that, it opens people’s minds and hearts.”

He enjoys using his talent to give back and evoke feeling in his listeners.

“For me, it a way of giving back. I’m a volunteer. I don’t ask for any monetary reward,” Nieves said. “I just want to be able to share and really my purpose is I want people to feel it. I want people to really feel in their heart the true feeling. I’m very patriotic, so all that combination of things. When I do play, I try to play with the utmost sincerity.”

He tries to change up his performance so it sounds different each time he plays it. He finds inspiration from professional trumpet players and he is especially inspired by Whitney Houston’s infamous national anthem performance at the 1991 Superbowl.

“I listen to all kinds of sports,” Nieves said. “The first thing I look for is the national anthem, I want to listen to how they sang it, how they played it…”

Another song that is special for him to perform is taps.

“I had one of my own Soldiers pass, when I was here, when I was on Active Duty and I played TAPS at her funeral. I actually asked. I wanted to. I was her platoon sergeant,” Nieves said. “When they flew in 2007 to Iraq, she actually didn’t even have her boots on the ground. She passed away in the airplane. So, not only did I do escort duty, took her home, I also, at the funeral here, the memorial here, I played taps for her, and also two 3rd ACR Soldiers. I had the, it’s kind of sad to say, privilege, but I wanted to do it for them.”

He fully intends to play for as long as he can and continue inspiring those that hear him.

“I’m not a professional by no means. I’m just a volunteer retired veteran that has had this long hobby since childhood. I figured, why stop now? I’m going to continue playing until I can’t no more,” Nieves said. “Until somebody has to play for me.”