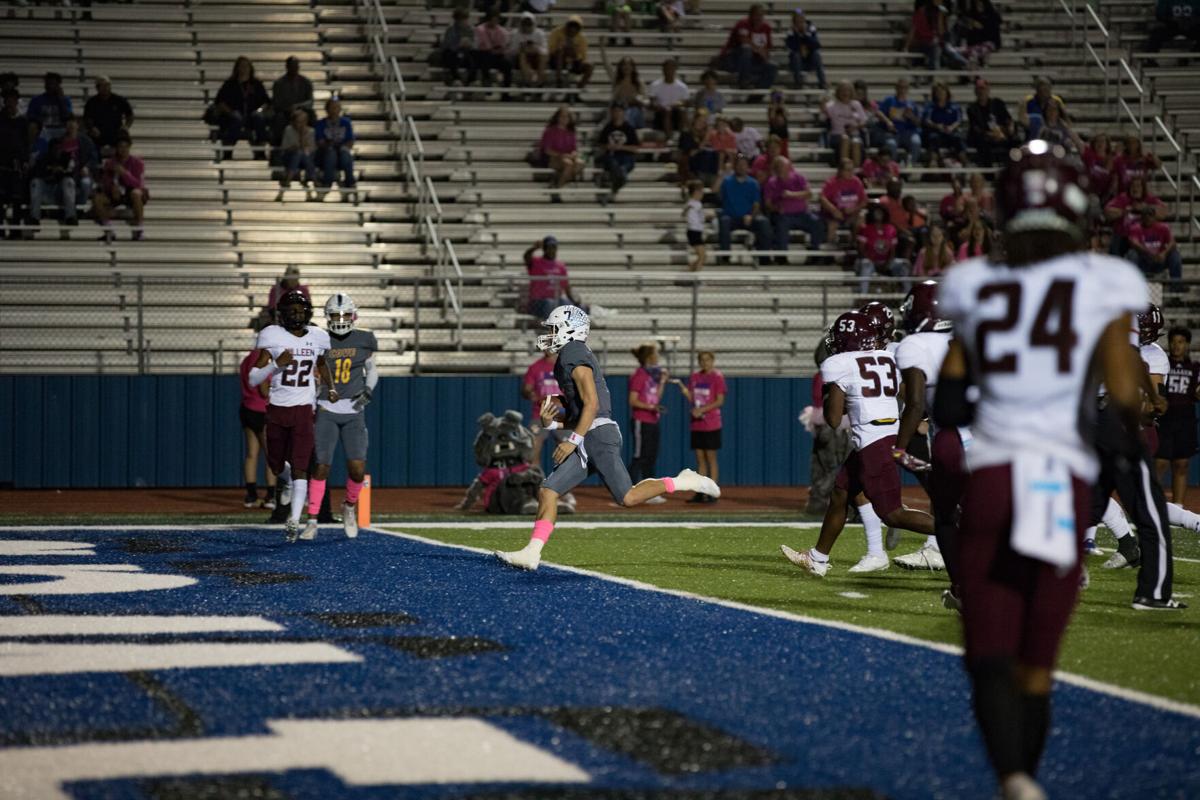 Copperas Cove senior quarterback Shane Richey (7), runs into the end zone to score the first touchdown of the game for the Bulldawgs, Friday, in Bulldawg Stadium. The Bulldawgs beat the Kangaroos 56-33. 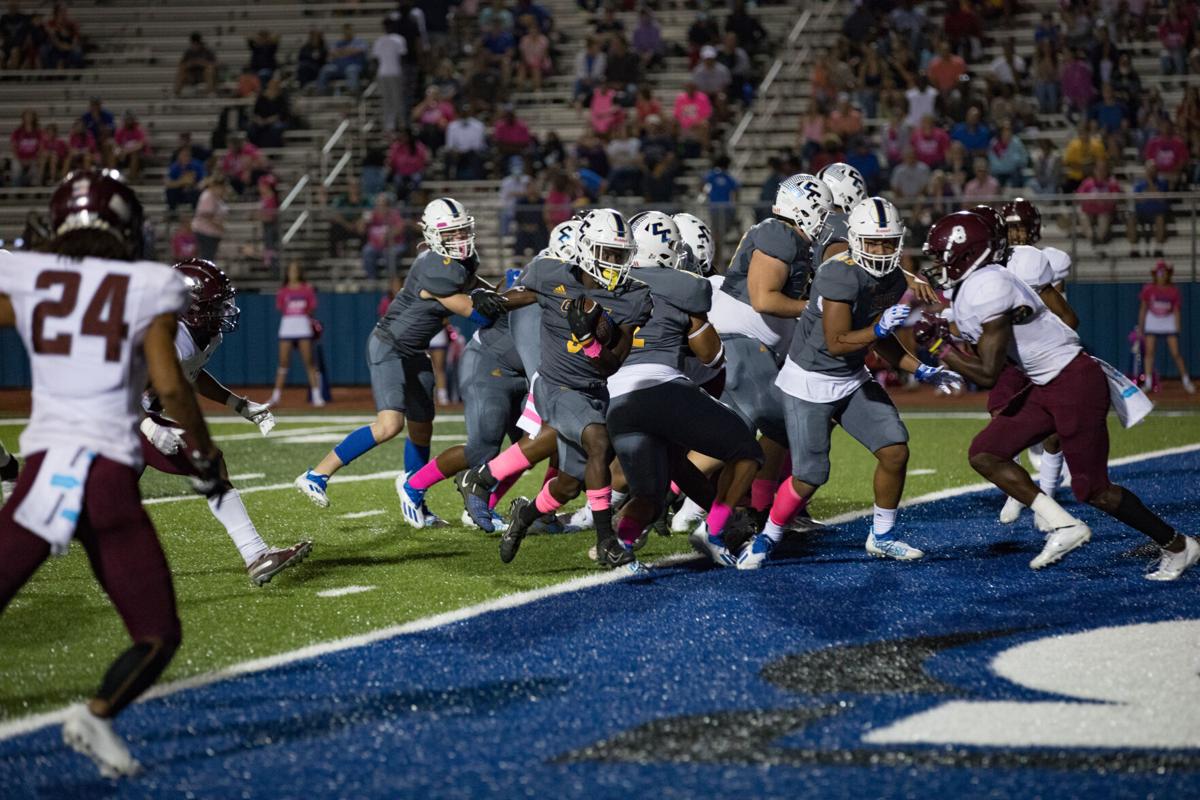 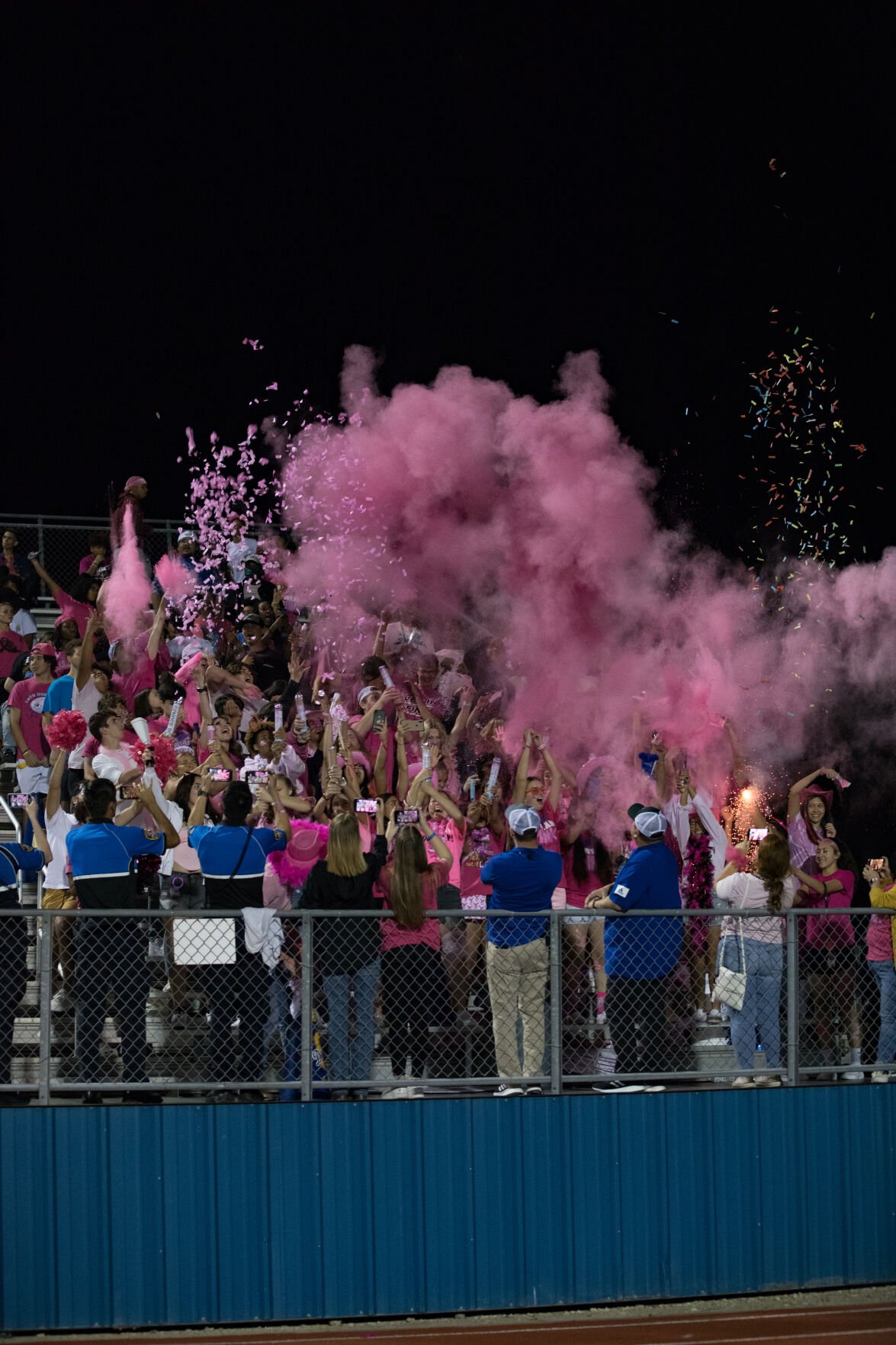 Copperas Cove fans celebrate after their win in Bulldawg Stadium Friday, their first win of the season.

Copperas Cove senior quarterback Shane Richey (7), runs into the end zone to score the first touchdown of the game for the Bulldawgs, Friday, in Bulldawg Stadium. The Bulldawgs beat the Kangaroos 56-33.

Copperas Cove fans celebrate after their win in Bulldawg Stadium Friday, their first win of the season.

COPPERAS COVE — In their first win of the season, the Copperas Cove Bulldawgs defeated the Killeen Kangaroos 56-33 in Bulldawg Stadium.

It had been almost a year to the day that the Bulldawgs had last won a football game and the energy of the Copperas Cove fans, students, players and coaching staff reflected their immense excitement with the win.

After being doused in ice-cold water by the Bulldawgs, head coach Jason Hammett was happy to see everyone reveling in the winning feeling, noting the improvement the team had made from their previous game against Shoemaker.

“It feels great for these kids,” he said. “We played a couple of games so far this year where we felt like… we played like we could win. Last week, versus Shoemaker, coach Foreman and I talked after. We beat them on the physical side of the game and in a lot of the execution and we turned the ball over and gave it back to them. So, we cleaned that up this week a lot and we turned it on them a little bit.”

Hammett said he could even tell a difference after the Shoemaker game amongst the team at practice.

“Our kids believed it,” Hammett said. “When we started this week ... they had a good week in practice and really focused on what was going on.”

The Bulldawgs really came alive in the second half of the game and took advantage of mistakes made by the Roos to gain a comfortable lead.

“Our defense was very (opportunistic) tonight, special teams were on point.” Hammett said. “In the first half offensively, we were struggling, we had 77 yards at the half. Our defense and special teams got us there today.”

One momentum shifting play was in the second half. Copperas Cove freshman defensive back Xavier Taclibon intercepted and ran 80 yards for a Bulldawg touchdown. Shortly after, Copperas Cove recovered a fumble made by Killeen and scored on that possession, giving them a 28-point lead at 49-21 a few minutes into the fourth quarter.

Hammett hopes to carry the winning momentum forward as they take on Ellison this week.

“Winning gives more winning; losing gives more losing,” Hammett said, while receiving congratulatory hugs and handshakes. “We’ve got to break that. That’s what we started on last week and this week is huge for us in taking the next step with Ellison. They’re a good team (that) compares a lot to Shoemaker and Killeen high. So, we’ve got to go back to work cause its new schemes, new everything.”

The Bulldawgs will take on the Ellison Eagles at Bulldawg Stadium Friday night.