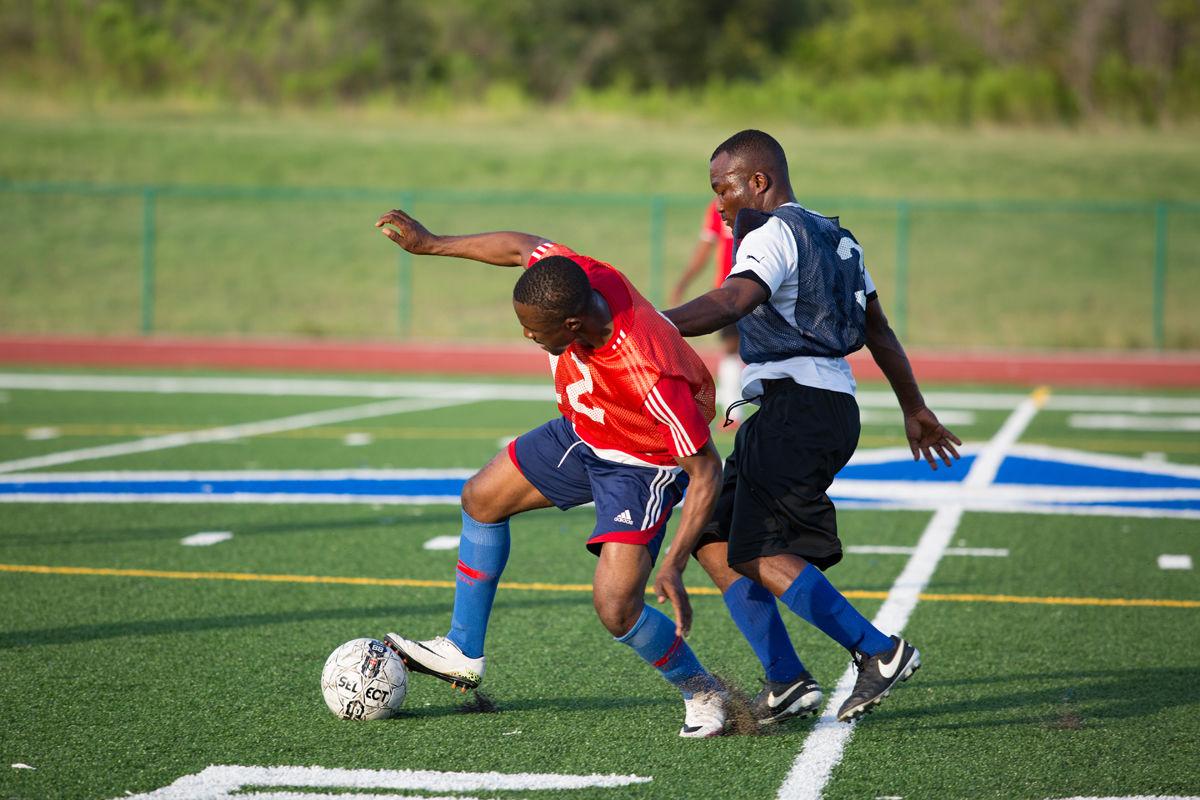 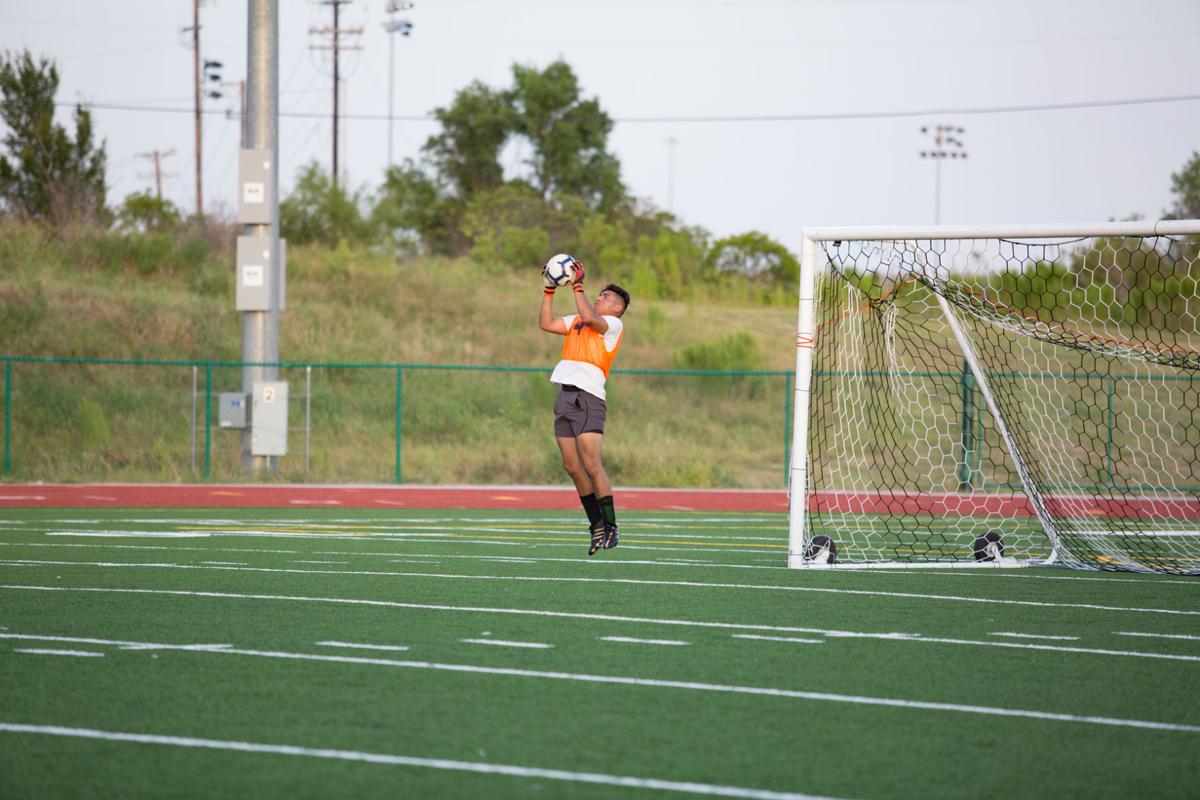 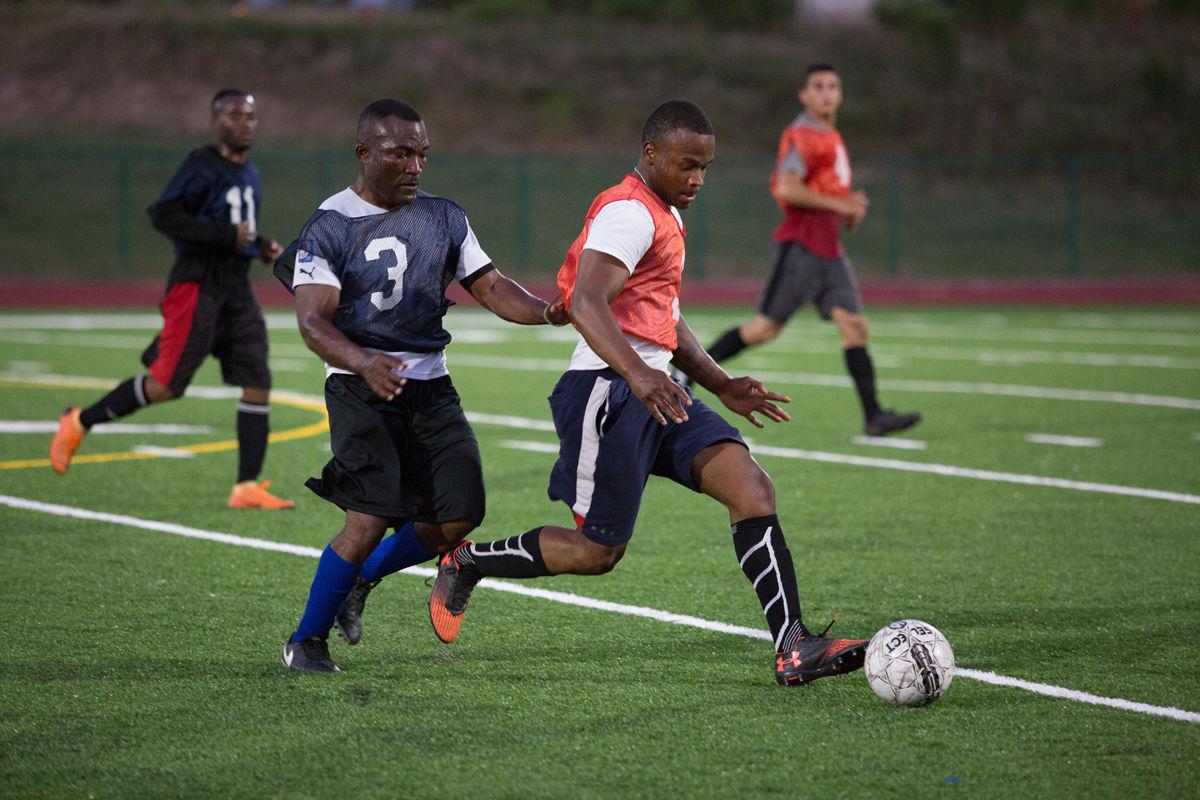 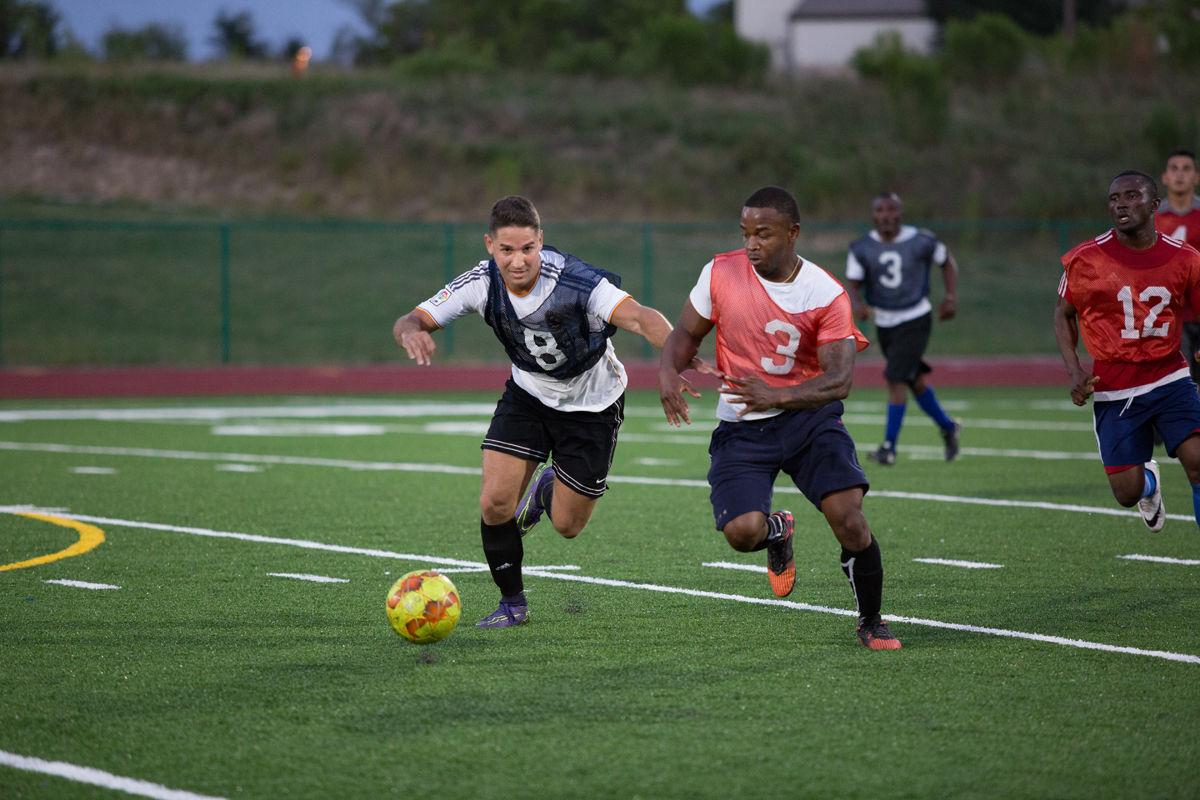 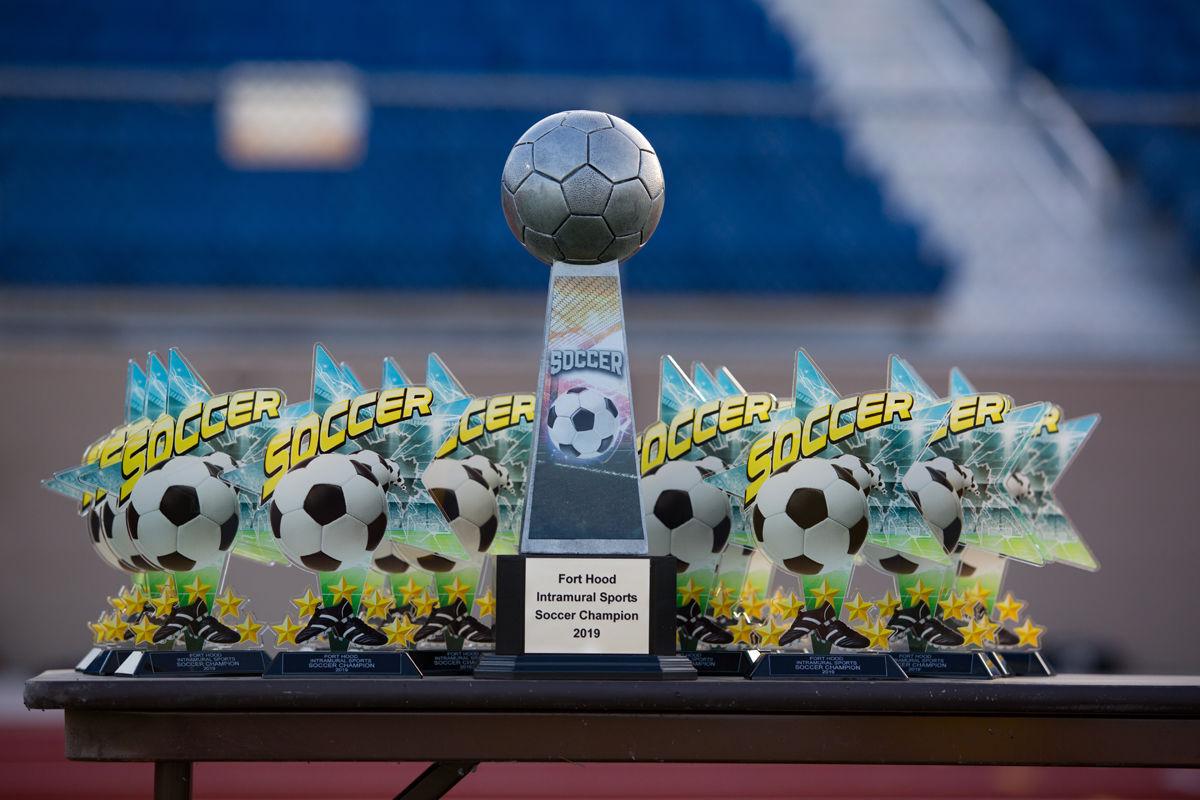 The intramural soccer program consists of a tightly knit group of people that all share a passion for the game.

“They are feisty and fun. I go out of my way for soccer,” Sandi Repinski-Jensen, intramural sports director, said. “I try to make sure I always have games for them. I’ll push for this group and I’ll start them later in the season just so they can have it. That’s how much I like this group.”

Though the competition was fierce everyone agreed getting to spend time together is what makes playing soccer so enjoyable.

“I don’t get to hang out with that many people in my unit, so this is just a good opportunity to hang out with a bunch of people,” Spc. Alejandro “Coach Roach” Guevara, CRDAMC, said. “We work in a hospital. We’re not like other units that spend a lot of time together. We talk well, we vibe well.”

Soccer is a great way to exercise, boost morale and create relationships with people outside of work.

“It helps you physically. You get to run; you get to enjoy yourself,” Spc. Muhammed Kivumbi, 74th MRBC, said. “When you play soccer like this you get to meet new people who become your friends.”

Repinski-Jensen believes communication is key in soccer, making it a great team-building activity.

“You have to have communication in this game. If you don’t, you’re not going to make it,” Repinski-Jensen said. “It’s a great learning skill, because a lot of people don’t know how to communicate, in a way that is beneficial in sports. It’s not always about just yelling.”

Soccer is important to many of the participants with many of them playing off-post, but the camaraderie that comes with playing soccer on-post is the most important thing to them.

“It unites people and it gets you out of the military in a way. It’s a stress reliever. It’s therapeutic,” Sgt. Herma Mollaniyazov, 74th MRBC, said.

“It’s a big morale booster and it helps everyone come together,” Clarke said. “Everyone’s friends at the end of the day no matter the outcome of the game.”

There are several opportunities to participate in intramural sports coming up in the fall, like volleyball and inner tube water polo. However, flag football will be starting up next.

“We are taking rosters right now. Our coaches meeting is Aug. 27, then we start after the four-day weekend and then we go until November,” Repinski-Jensen said.