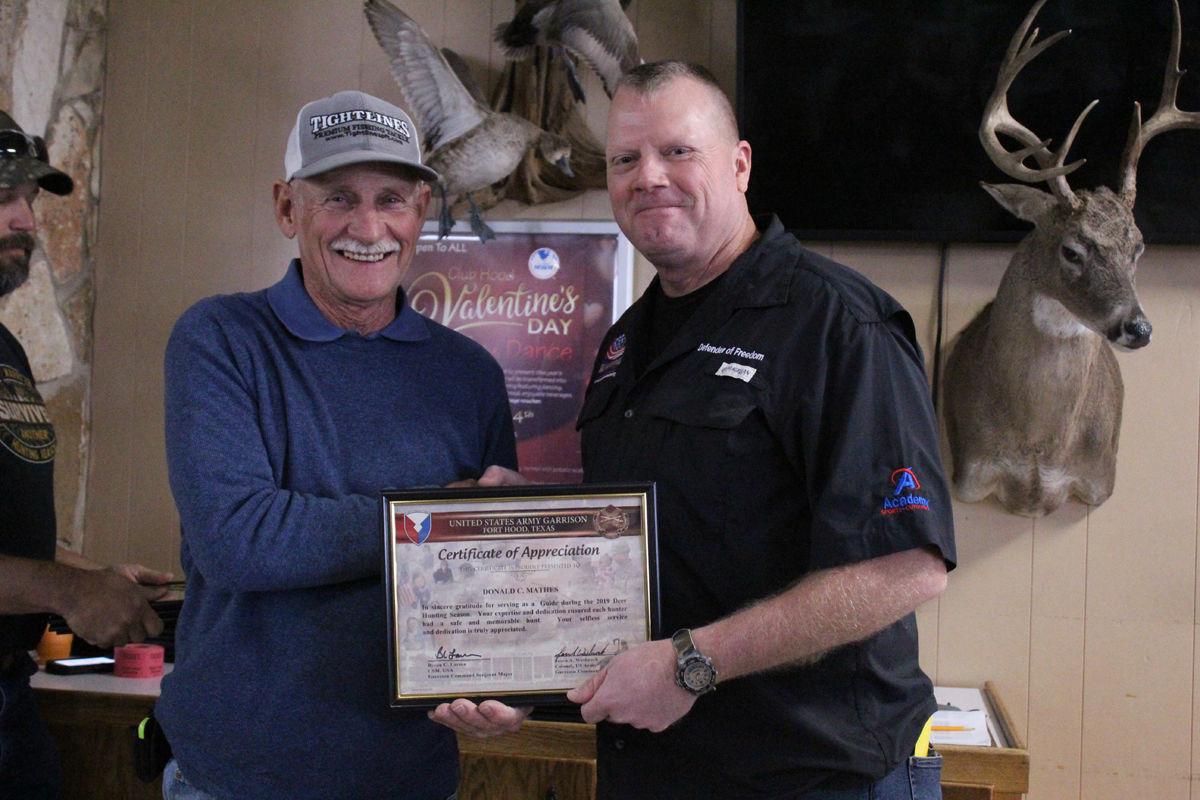 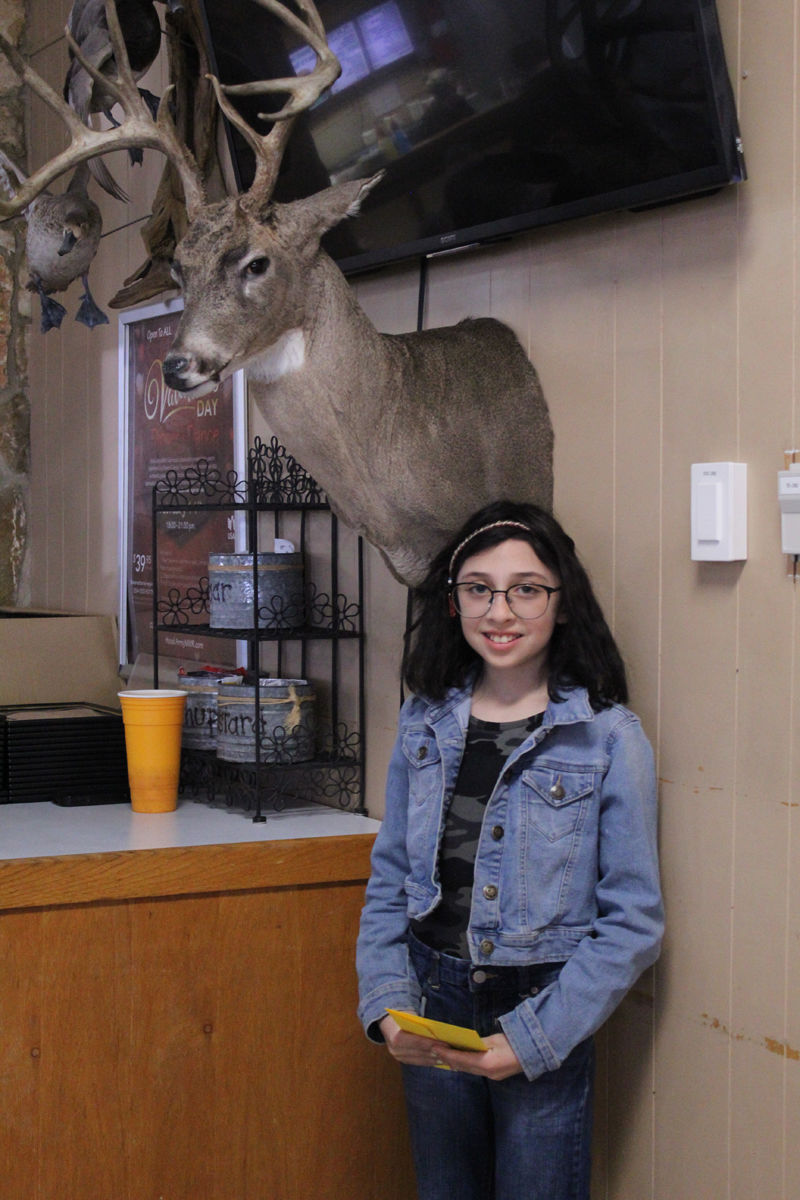 Nine-year-old Bella Jequin poses for a photo after receiving an award for the heaviest buck in the youth category. Jequin’s buck weighed 133 lbs. 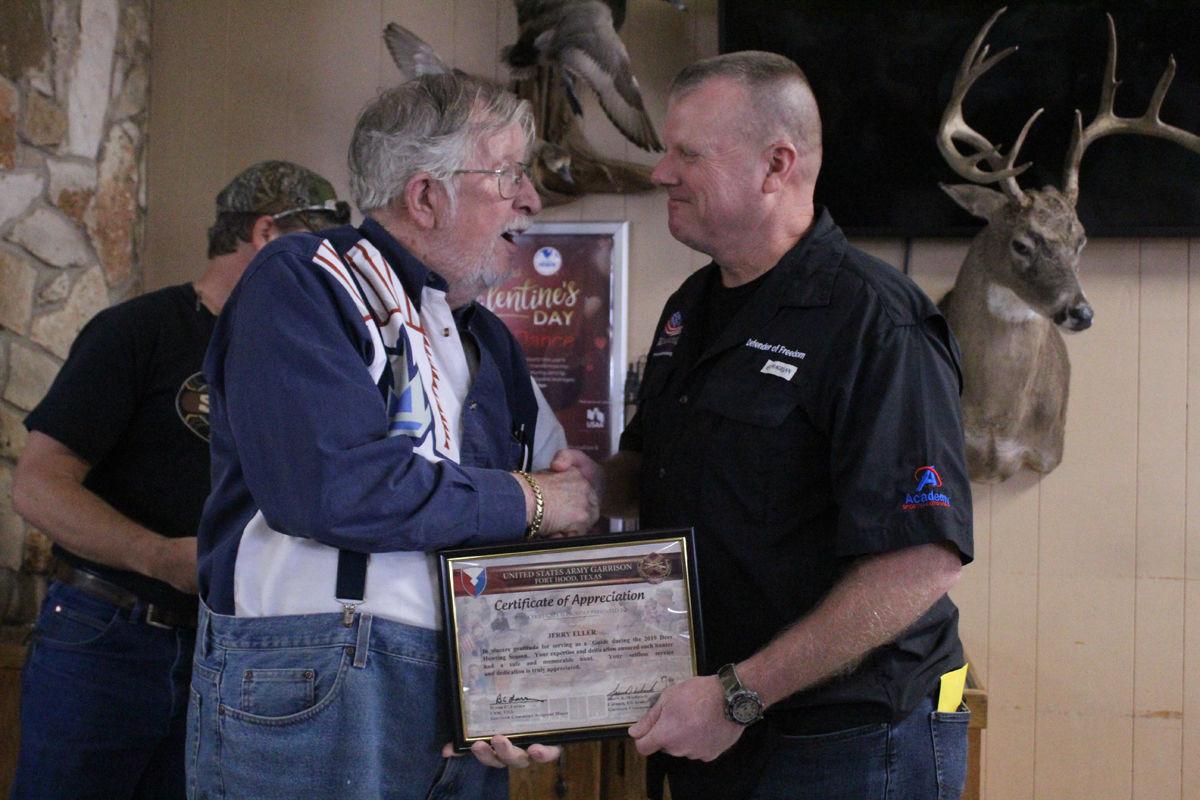 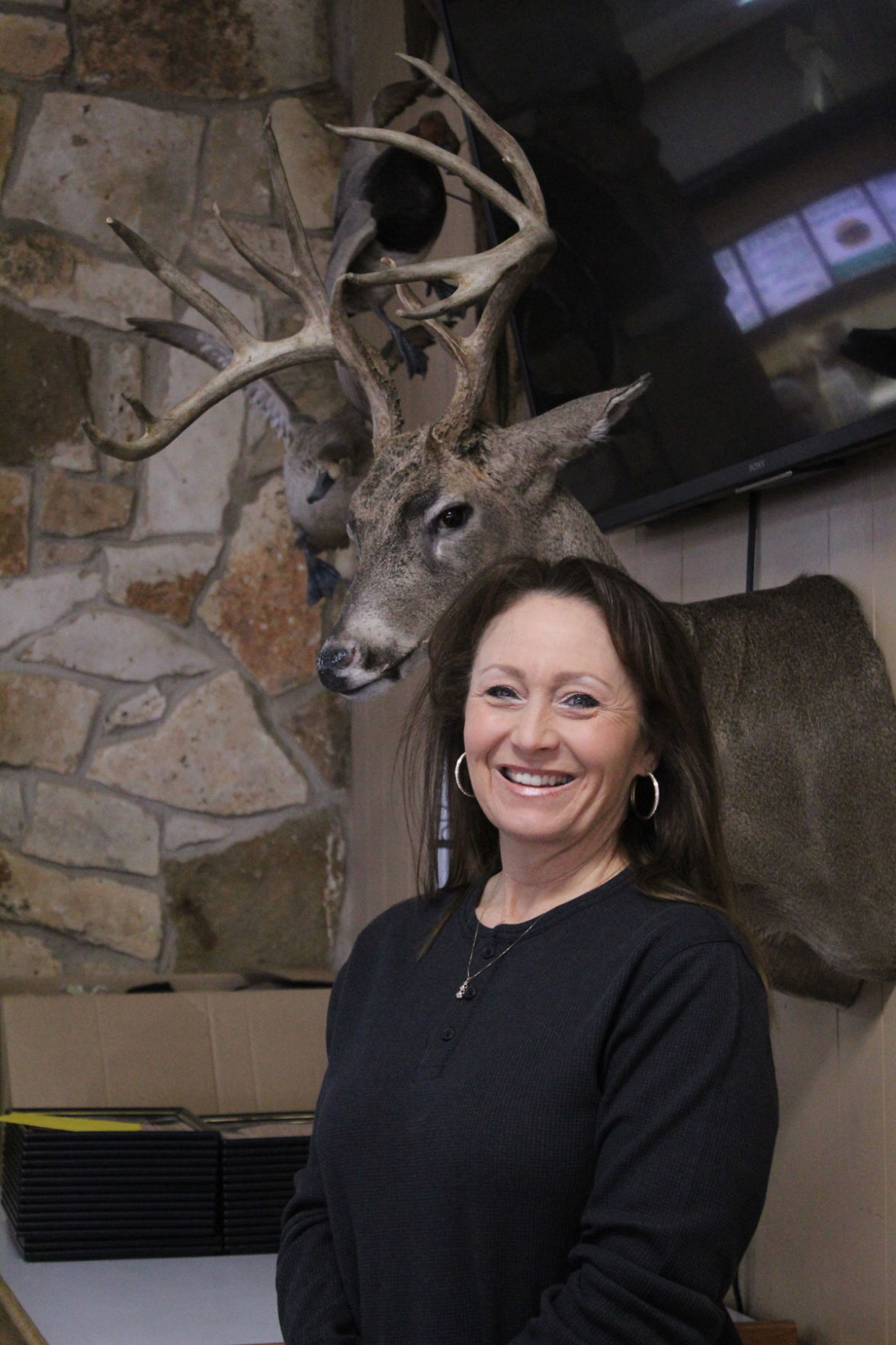 Karen Kipp poses for a photo beside the deer she harvested, receiving the highest gross in archery, at 151 7/8 inches, Saturday at Sportsmen's Center.

Nine-year-old Bella Jequin poses for a photo after receiving an award for the heaviest buck in the youth category. Jequin’s buck weighed 133 lbs.

Karen Kipp poses for a photo beside the deer she harvested, receiving the highest gross in archery, at 151 7/8 inches, Saturday at Sportsmen's Center.

Deer hunting season is officially over, with Fort Hood hunters harvesting 306 deer on the installation.

“We had a lot of quality bucks harvested this year,” Judy Johnson, general manager of Sportsmen’s Center, said.

The hunters gathered at the  Sportsmen’s Center Saturday for the annual Big Buck Banquet and Awards Ceremony, designed to recognize those who took the time to harvest quality bucks.

“The guided hunt program, as far as I know, we’re the only installation that has this,” Larsen said.

While hunters are free to hunt on their own, they aren’t as successful as when they use a guide. A hunt guide knows the land, knows where deer are located, positions a hunter and waits for the harvest.

“It’s by far the most successful hunt program we have,” hunt guide Donald Mathes said. “I tell them, ‘Sit right here and be still and they’ll come to you.’ It’s basically training them to do what they should be doing anyway.”

“They book the land for training and we use what’s available,” she said.

Mathes said hunting the live-fire areas poses a hazard, which is another reason why he encourages people to use the guided hunts.

“Everybody has a good time,” he said. “And all the deer stands have a GPS, so if there’s an emergency, the emergency crews can get to them quickly. It’s the safest way possible to hunt, especially for new hunters.”

Johnson presented the awards Saturday alongside Phillip Parrish, the hunt control officer on Fort Hood. Parrish said he was impressed by the hunters this season and would be presenting seven awards, instead of the normal six.

“We had two of them in the 170-class this year and that’s phenomenal – that just doesn’t happen,” Parrish said. “They’re normally not that close.”

“It really hurt my feelings until I saw the deer,” Werner said. “He deserved it (the win). That was a nice deer.”

The next hunting season is turkey hunting, which begins in April. Hunting is open from ages 9 years and up. Hunters can find out more information about hunting on Fort Hood online at https://hood.armymwr.com/programs/sportsmens-center or by calling 254-532-4552.