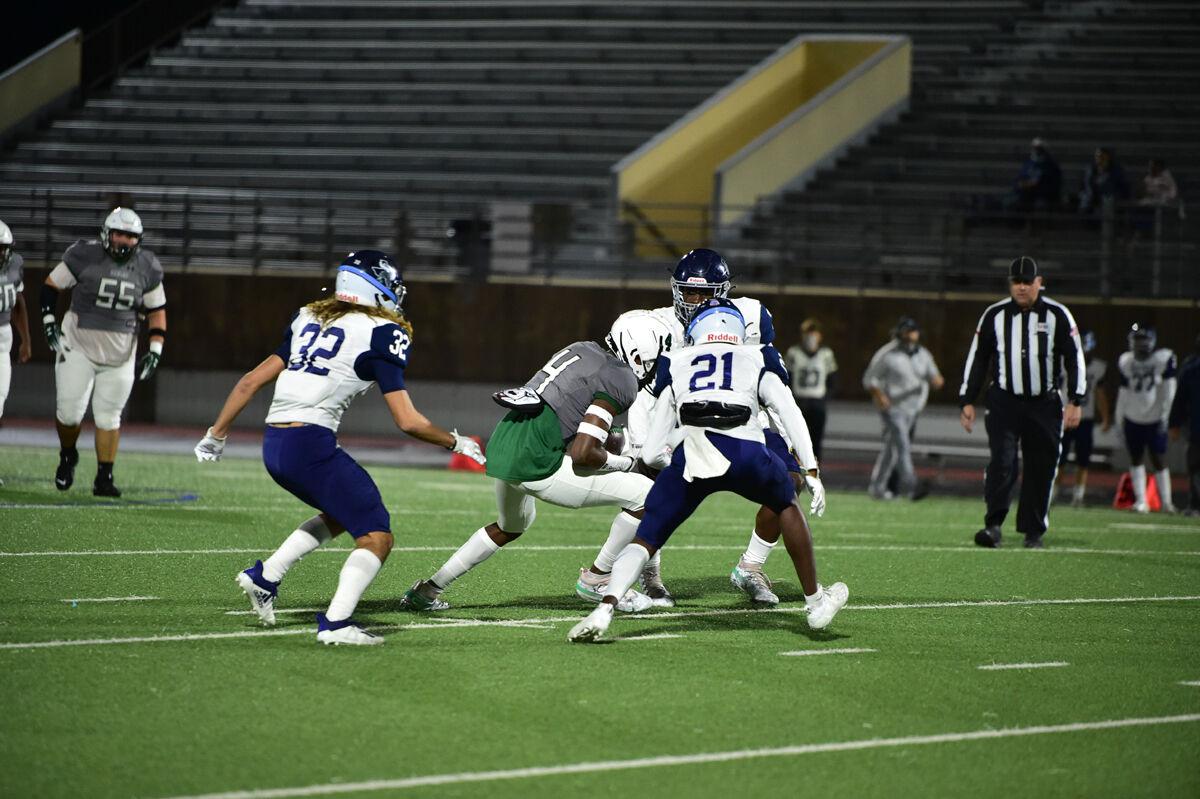 the final game of the season. 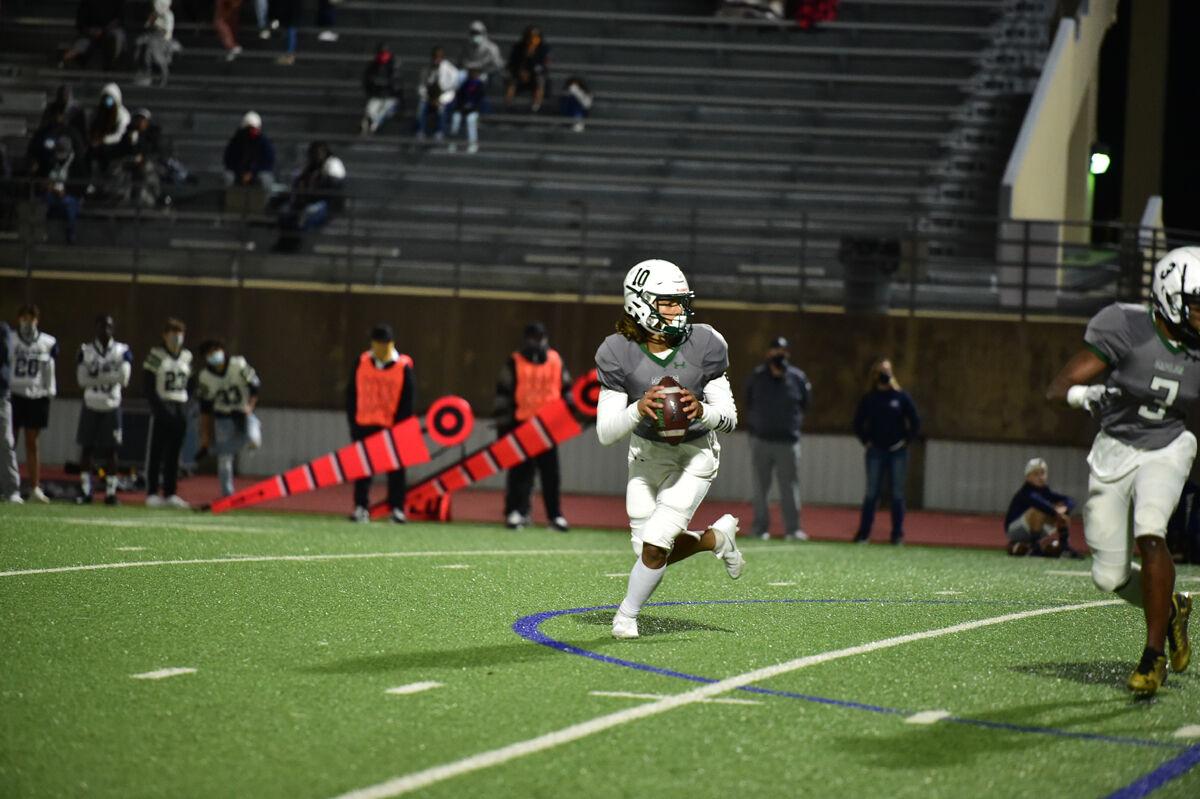 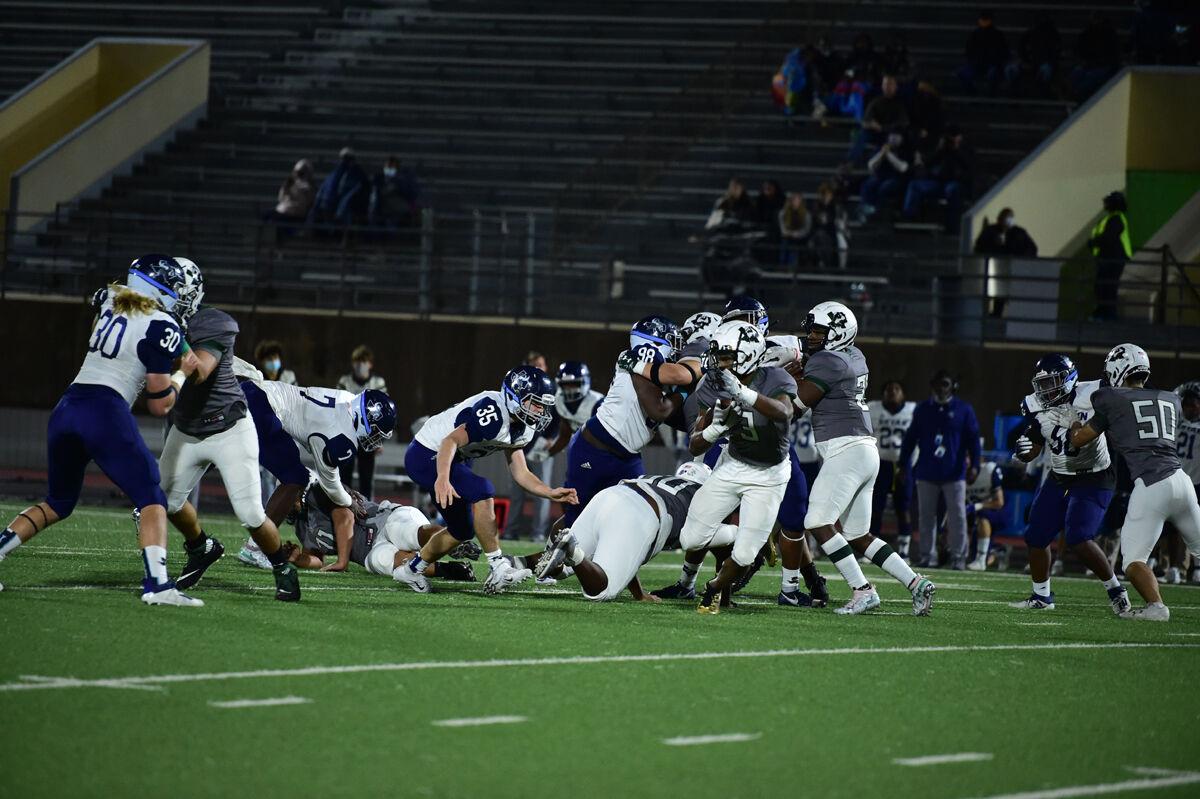 the final game of the season.

KILLEEN – The Ellison Eagles suffered yet another close loss Friday, this time to the Bryan Vikings football team at Leo Buckley Stadium, losing 24-22.

Ellison finished the season 2-8 overall and 1-6 in conference play.

The Eagles’ head coach Todd Wright credited Bryan for having a solid team.

“Bryan is a good football team and you can tell,” Wright said. “They’re used to doing some winning there and their quarterback did a good job, and they’ve got some kids that will play at the next level.”

Bryan clinched a playoff spot with the win and a 5-2 conference record.

The Eagles did start the game strong with back-to-back touchdowns, and overall Ellison quarterback Faleifa Mauga threw for three touchdowns, good for 29, 30 and 62 yards. Two of the TDs went to wide receiver Trejon Spiller and the other to running back Damashja Harris. But an Eagles fumble and a failed fourth down conversion in the second half, along with a clock-grinding attack by the Vikings left the Eagles three points short of a win.

However, Wright was proud of his team, especially the seniors, in a season and a week full of uncertainty.

“Our seniors came out and fought,” Wright said. “That’s always good to see when our seniors get out there and fight. We had three or four kids we found out today that weren’t going to be here, so we were grabbing different kids and moving them around, and a whole bunch of kids had to play at spots they didn’t plan on playing. They still got out there and fought, but we’ve got to get better.”

The Eagles had a few games this season that were close losses like Friday’s. This was the team’s fourth loss by a touchdown or less.

“The part that we’ve got to keep working on is just that last little two points,” Wright said after the game. “We’ve been in a whole bunch of little one point, two point games, and we’ve got to find a way to get those two points.”

The entire 2020 season has been unpredictable, but Wright said the team’s seniors did a good job of working hard and staying ready no matter what.

“The seniors a few months ago were trying to figure out whether or not they were going to get to have a senior year,” Wright explained. “I remember talking to a couple of them during the summer saying, ‘Coach, are we going to play?’ I’m like, ‘All we can do is keep practicing, and whatever they tell us to do, we’ll do it.’”

“Seeing them play in the different positions and really staying healthy is a big thing for our seniors,” Wright said. “For the most part, we had one or two miss here or there, but they stayed healthy. Their lifting program was good for them, and they’ve left us in a good position. They showed some of the younger kids how to play. We are proud of them, and we’ll go back to work. That next senior class now has got to get ready to go and working on changing the fortunes of Ellison.”

Wright was thankful for all the community support for the Eagles this season.

“It’s been a lot of work this year,” Wright said. “I appreciate you letting your kids come out and play and the band showing up, and everybody fighting through wearing masks everywhere and not getting to eat together and it’s been some work, but it is good to be an Eagle and go Eagles!”