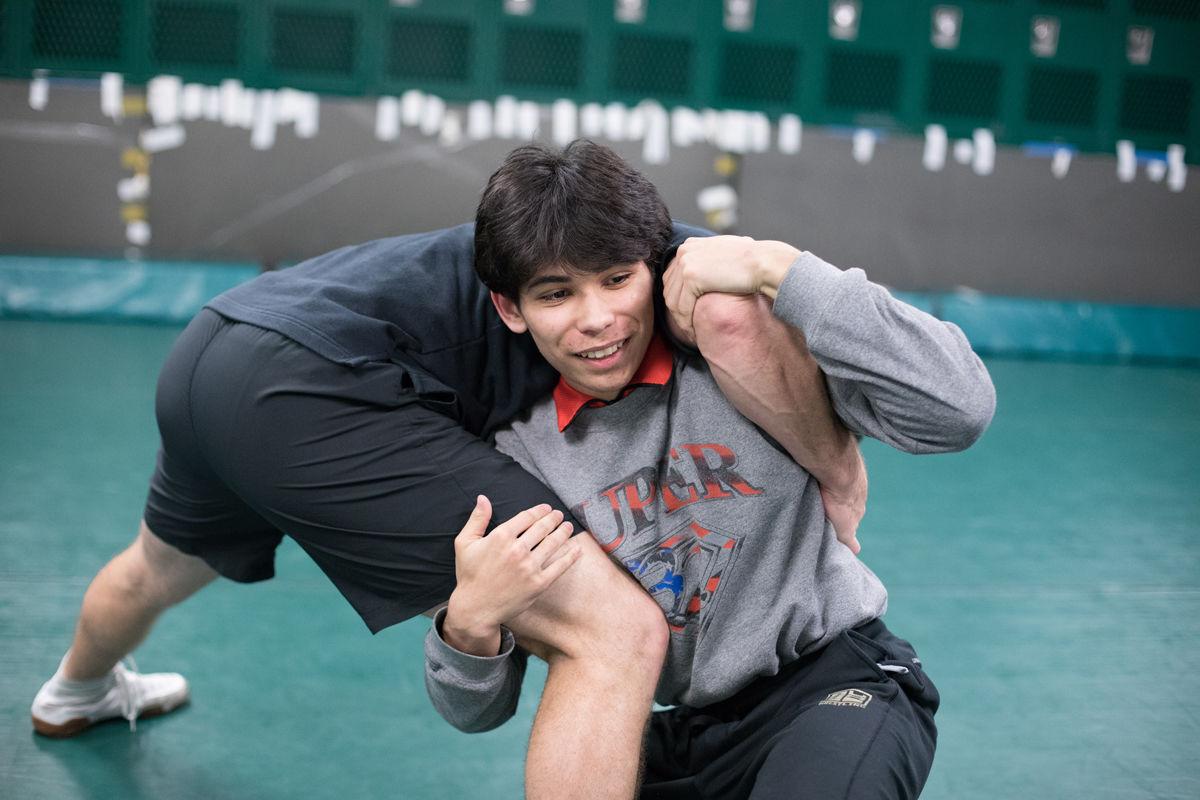 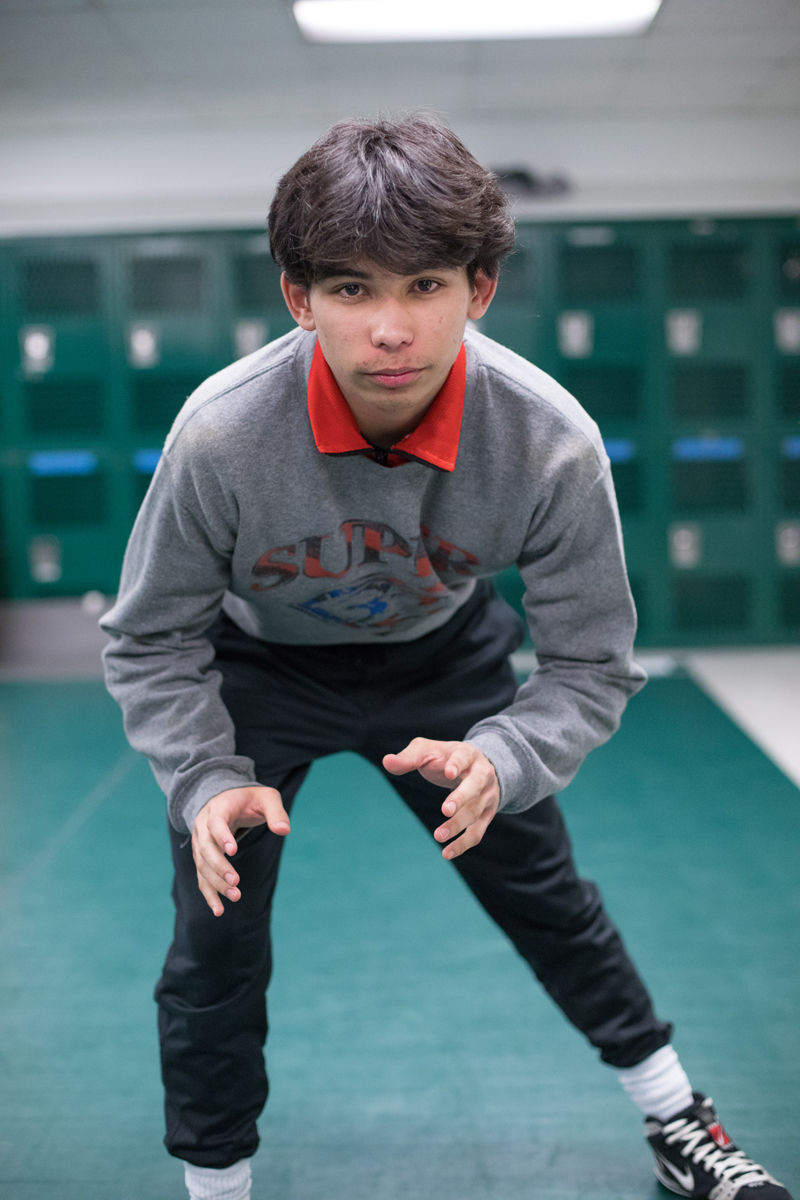 Eamonn Jimenez in his ready stance at Ellison High School before practice Mar. 2. Eamonn finished the season undefeated with a perfect 37-0 record. 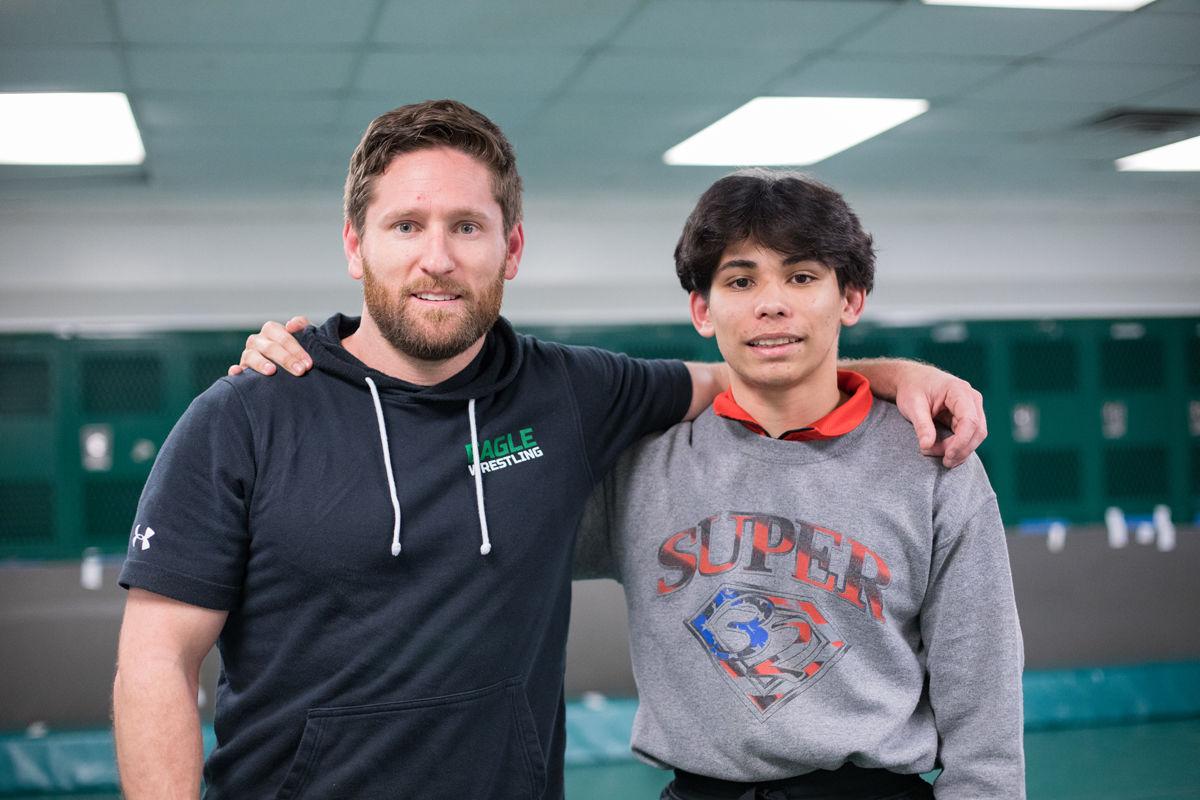 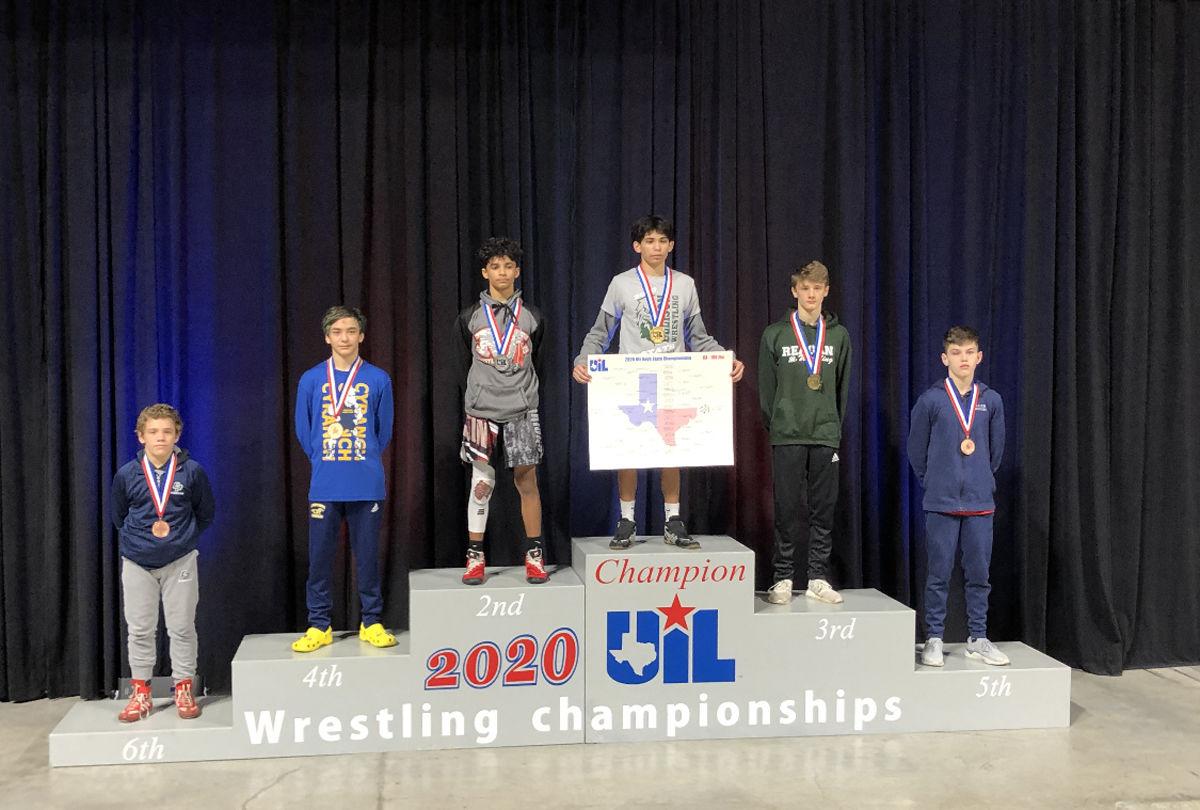 Eamonn Jimenez poses in the first place spot on the podium after winning the state champion title Feb. 23.

Eamonn Jimenez in his ready stance at Ellison High School before practice Mar. 2. Eamonn finished the season undefeated with a perfect 37-0 record.

Eamonn Jimenez poses in the first place spot on the podium after winning the state champion title Feb. 23.

Finishing the season with a perfect 37-0 record Feb. 23, Ellison sophomore Eamonn Jimenez is the undefeated 6A UIL state wrestling champion in the 106-pound division.

He is one of the only two male KISD students to win state in wrestling.

“I just looked at every match like it was just another match. I didn’t get it into my head that I was undefeated. I was just out there to compete, just wrestle,” Eamonn said.

He grew up a big MMA fan. The first sport he learned was Ju Jitsu, but after a friend introduced him to wrestling, he’s kept up with it ever since.

His favorite part about wrestling is seeing the rewards of hard work.

“All the hard work you do in practice and then seeing it after a match. Seeing the medals and congratulations after, you know, just practicing hard,” Eamonn said.

Eamonn’s dad, Sgt. 1st Class Stephen Jimenez, 49th Transportation Battalion, couldn’t be prouder and is happy to see that Eamonn’s dedication has extended beyond the mat.

“I am really happy for him.  To go undefeated and win a 6A State Championship. It’s great to see his hard work pay off,” Jimenez said. “I don’t want to say he made sacrifices in the summer. But instead, he made choices to get better. In the summer he attended wrestling camp and also competed on the Texas national team at USMC Cadet and Junior National Championships in Fargo, North Dakota. What I also love is that he is just as dedicated in the classroom as he is in wrestling.”

Ellison wrestling head coach Michael Christ admitted it is rare to have the opportunity to coach a kid like Eamonn.

“I get to push myself in coaching a kid like him. I don’t have to teach him anything basic like 99% of the kids I have,” Christ said. “I get to really concentrate on little things that makes him great to even greater.”

Eamonn admitted that his past in Jiu Jitsu caused him to develop a habit that is bad in wrestling.

“One thing that challenged me when I first started wrestling was my pulling guard position, because in Jiu Jitsu, whenever you pull guard, you’re on your back so I always had a bad habit of going straight to my back at the beginning of a match.”

When asked if he feels like he’s mastered wrestling, he was humble and admitted that there’s always room for improvement.

“I know there’s a lot of things I have to learn, because you can’t always be perfect at everything. So, I’m always ready to learn new moves and stuff,” Eamonn said.

Christ said Eamonn gained more muscle in the off-season, but he grew the most mentally.

“He’s always been one the best kids in the whole state, and this year he really believed that. It showed when he’s on mat …,” Christ said.

Eamonn agreed with his coach and admitted that winning state was a goal since last year at the state competition.

“It was a great feeling. After my freshman year, not being able to be on the podium. I just told myself, ‘Next year I’m going to be on top of it,’ and I actually did,” Eamonn said.

Eamonn believes that wrestling has not only improved him physically, but has also impacted his character.

“It’s helped me become a better person overall. It’s taught me a lot of things, especially being a better human – in class, being better at school, (and) being a better brother.”