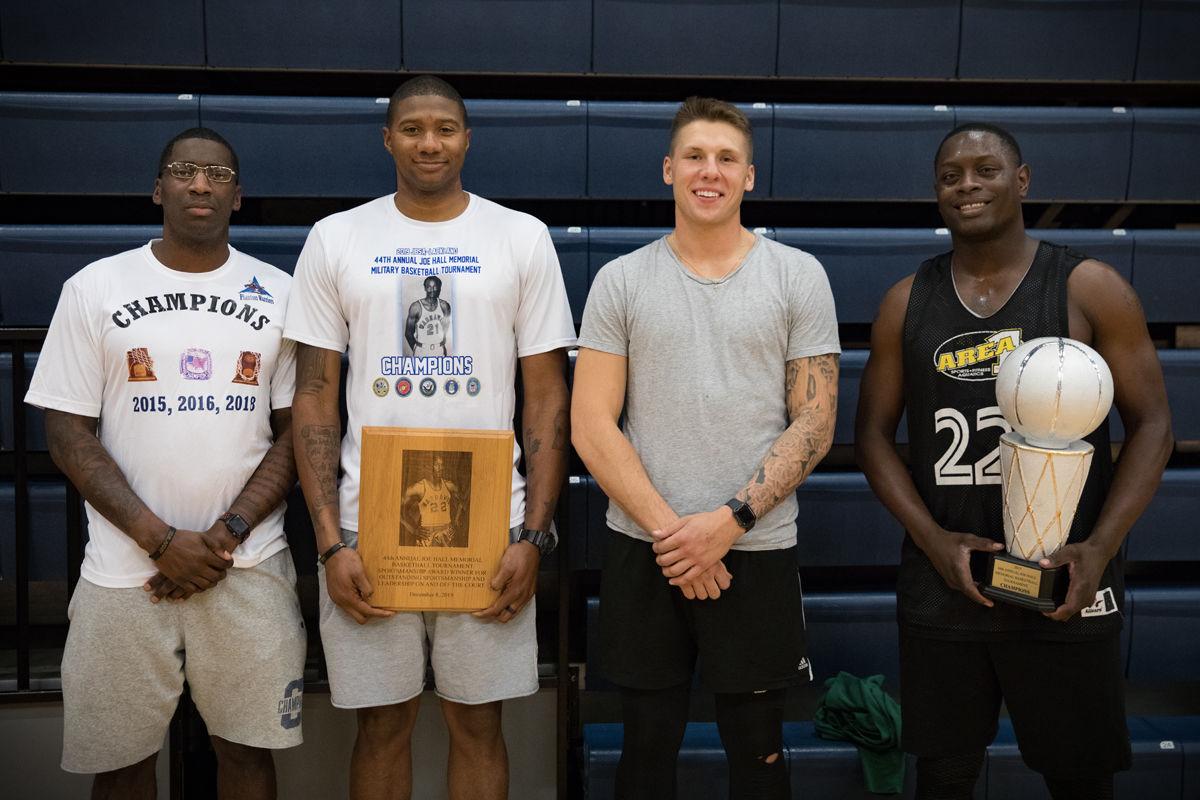 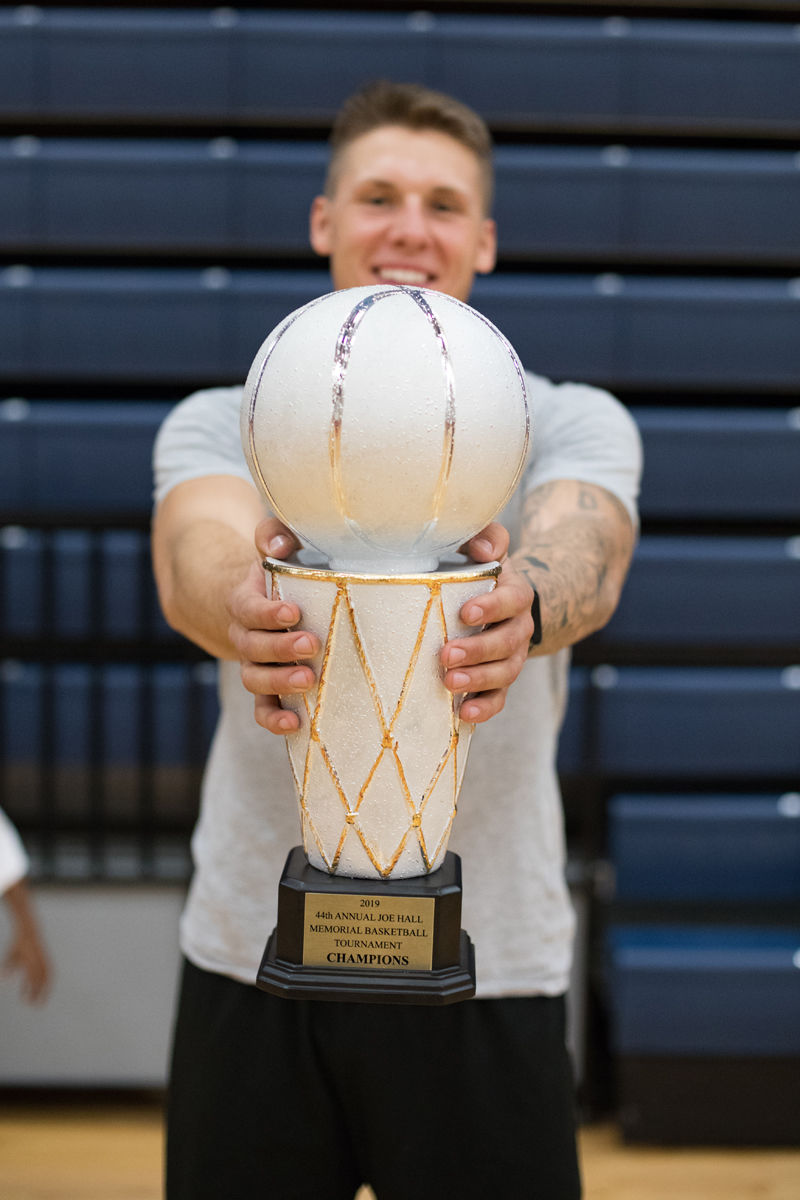 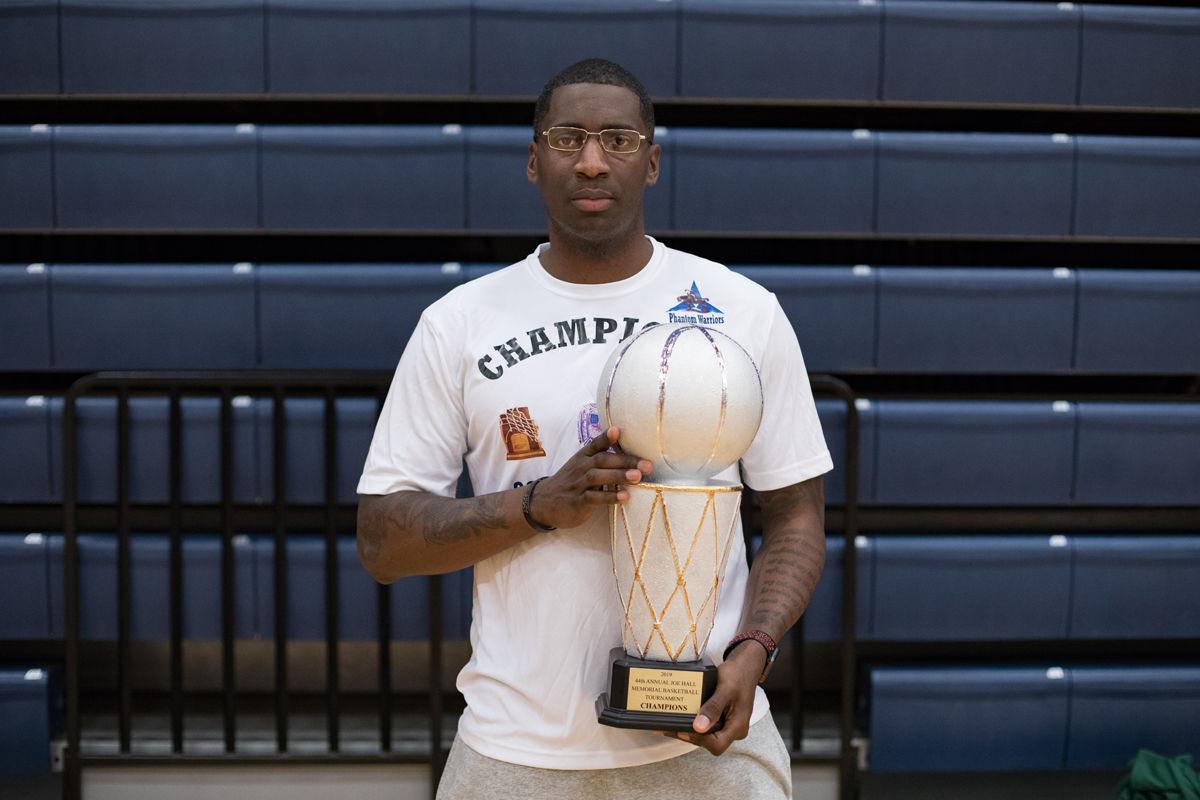 “We’ve always been runner up to them, so finally getting the chance to beat them was the icing on the cake for us,” Pate said.

He said it was challenging coming up with a plan to beat a team like Air Force Prep, since they have such a successful long running program.

“Air Force Prep, a lot of people are not familiar with them, those are the athletes, basketball players, that go on to play for the Air Force Academy,” Pate said. “They have a system and they’ve been running it fluently for years. So, for you to strategize against them is kind of complicated at times, because they have so many plays and so many systems that it’s hard to, kind of strategize against them.”

Spc. Jarret Coffield, 91st Brigade Engineer Battalion, believes that the Fort Hood basketball team shows a lot of perseverance when faced with a challenge and that’s what helped them come out on top.

Spc. Shaun Hollenkamp, 2nd Bn., 8th Cav. Regt., enjoyed playing the game he loves with his teammates and welcoming some new faces to the team.

Hollenkamp is passionate about basketball and is very happy to have the opportunity to play while in the Army.

“When I joined the Army, I didn’t think I was going to get to play basketball as much as I do, so being able to come and play basketball every Tuesday, Thursday and then go on the weekends and play is a dream come true, to be honest,” Hollenkamp said.

Pate, after playing for a couple of years himself, is proud to coach his peers and continue the legacy of Fort Hood basketball.

“Fort Hood has a legacy here. It was way before my time. There’s rarely been a season that Fort Hood hasn’t brought in a National Championship. This goes back to the 40s and 50s,” Pate said. “As the seasons go, the expectation for the Fort Hood team just keeps rising because we’re always at the top of the ladder when you talk about military basketball, Fort Hood is always mentioned.”