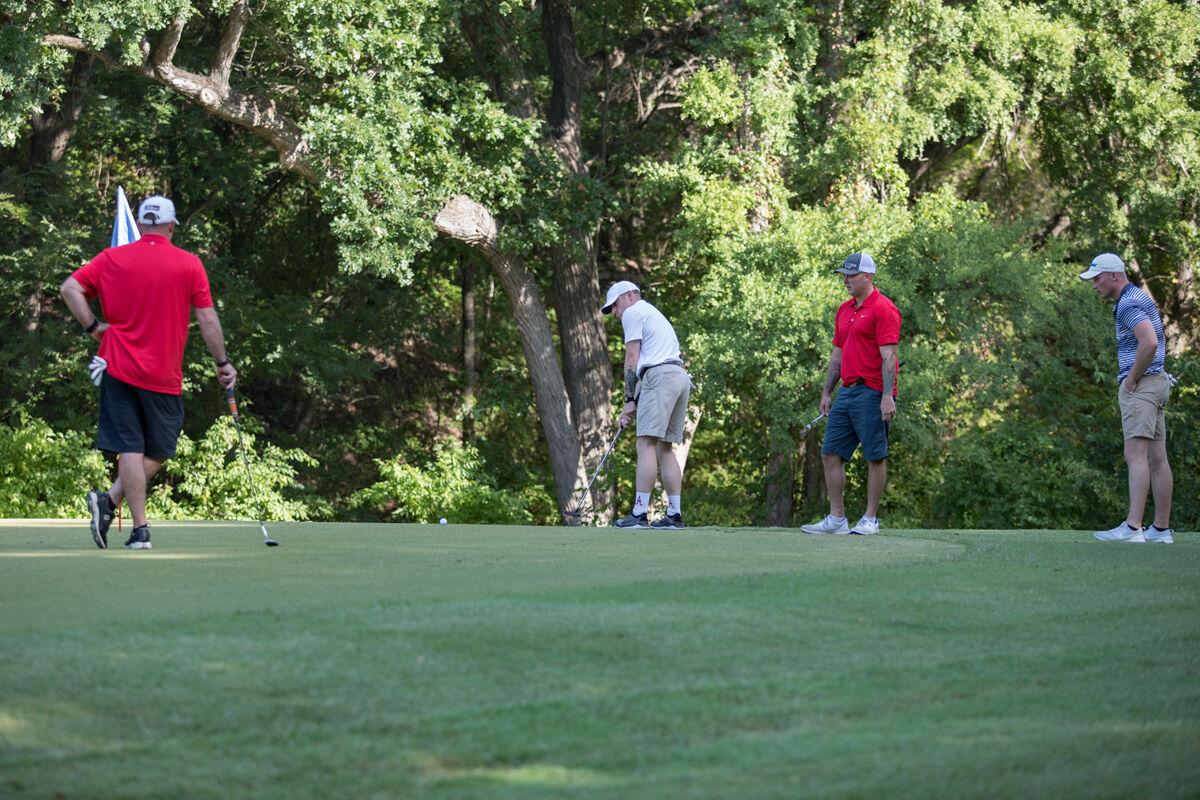 Golfers putt at hole one on the Panther Claw course at the Courses of Clear Creek July 17, 2020, during a golf scramble. “For a majority of players, putting is the easiest part of the game of golf,” McPhilomy said. “Given you make a good swing, all you have to concentrate on is the speed (distance) of the putt and the line (direction) of the putt.” 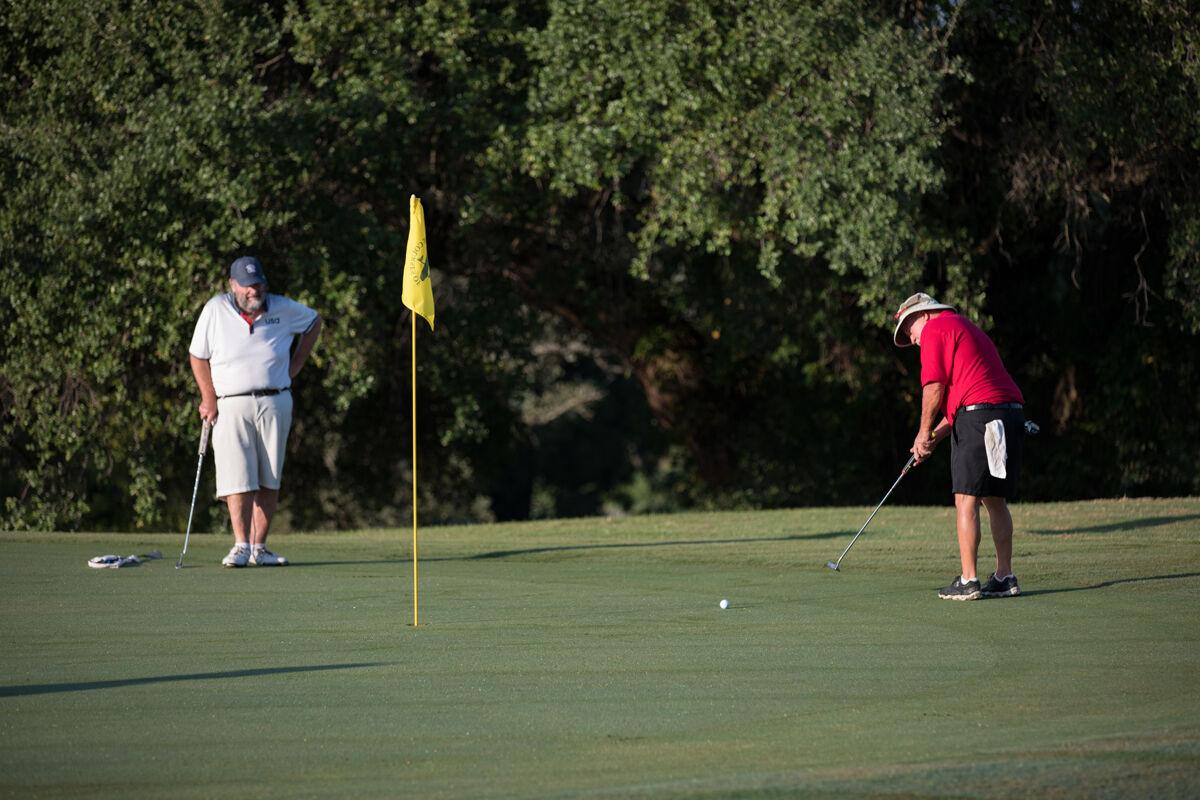 Golfers putt at hole one on the Panther Claw course at the Courses of Clear Creek July 17, 2020, during a golf scramble. “For a majority of players, putting is the easiest part of the game of golf,” McPhilomy said. “Given you make a good swing, all you have to concentrate on is the speed (distance) of the putt and the line (direction) of the putt.”

It’s time to talk about putting and Chuck McPhilomy, assistant manager of the Courses of Clear Creek, is here to teach you all about it.

“For a majority of players, putting is the easiest part of the game of golf,” McPhilomy stated. “Given you make a good swing, all you have to concentrate on is the speed of the putt (distance) and line of the putt (direction). However, if either the speed or direction is off, the chances of making your putt is reduced to 50%.”

He said that there is no correct way to hold the putter, but he encourages players to hold it however they feel most comfortable.

“If you watch the players on television, you will see numerous types of grips. Your arms may be bent when gripping the club, but remember, if you start with bent elbows, keep the same angle throughout the swing,” he explained.

He added, “I try to pick a spot about one to two feet in front of my ball as an aiming point. Remember, depending on the amount of break in the putt, this may be outside of the hole. I then align my putter to that point and then set up my body so my feet, knees, thighs, hips and shoulders are all parallel to my target line. This allows for an easier swing with the shoulders.”

He said he likes the ball in the middle of his stance when putting, but explained other players might like it set slightly in front of the middle of their stance.

McPhilomy recommends to make sure your weight is distributed evenly to maintain the best posture while putting.

“Bend at the hips and lean forward, pushing your hips back so your eyes are over the line of your putt and your arms are hanging naturally from your shoulders,” he explained. “If done correctly, you will feel some tension in your lower back.”

Once you’ve figured out which way to grip the club and make sure your posture is correct, it’s time to take the swing.

“Keeping your wrists locked, rock from the shoulders as if you were rocking a baby in your arms. Keep the head, spine and lower body still,” he said. “I like to have my students take the club straight back and through the ball. Swing in a smooth tempo without any jerking motions. The length of your backswing controls the distance the putt will travel.”

He added, “Don’t be afraid of hitting your putt a few feet past the hole. If the putt is going past the hole, watch to see what the ball is doing (breaking left or right). This will give you a great read for the come-back putt, even if it is a longer putt.”

He recommends using a practice drill he calls “Around the World” to perfect your putting game.

“I will make four points, four feet from the whole (north, south, east and west). From the first point, I will putt three balls. When I make three consecutive putts, I move to the next hole. Again, I will put down three balls (and repeat). If at any time I miss a putt, I must start over from the original staring point,” he explained.

He added, “This drill builds confidence in short putts, but it also builds up tension as you get closer to the final one or two putts to complete the drill. Remember to complete the drill you must make twelve consecutive putts (three from each point). Once this distance is comfortable, move two to four feet and continue.”

In his opinion, McPhilomy believes the hardest putt to pull off is a long downhill putt.

“The putting stoke is shorter and lighter contact is made with the ball, a lot of times, you are at the mercy of the green surface. There may be spike marks, hidden ball marks or just an uneven surface, which is hard to detect,” he explained. “One trick I use on fast downhill putts is instead of hitting the ball with the sweet spot (center) of the putter, I will hit the ball off of the toe (the end away from you) of the putter. This takes some of the weight (mass) of the putter away from the ball and allows for softer contact.”

He advises new players to focus more on the speed of the putt than the break.

“One you can control the distance, then you can work more on the line,” he concluded.