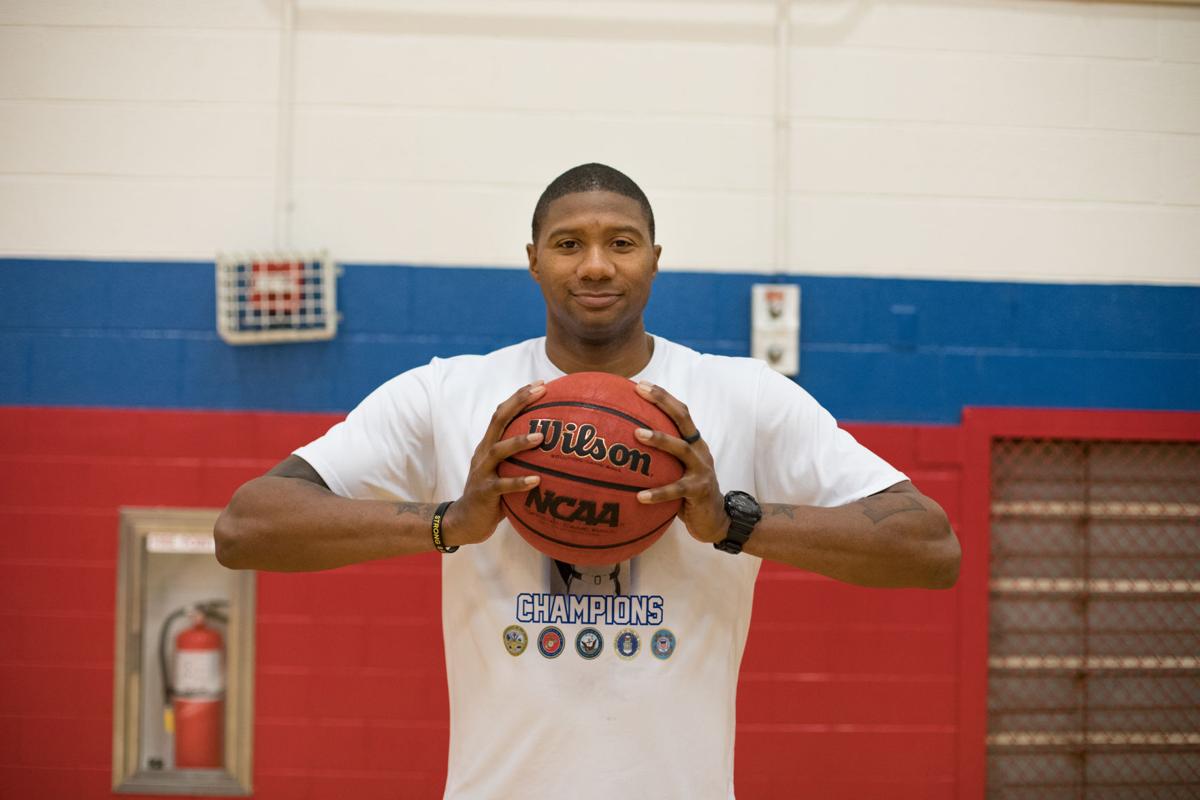 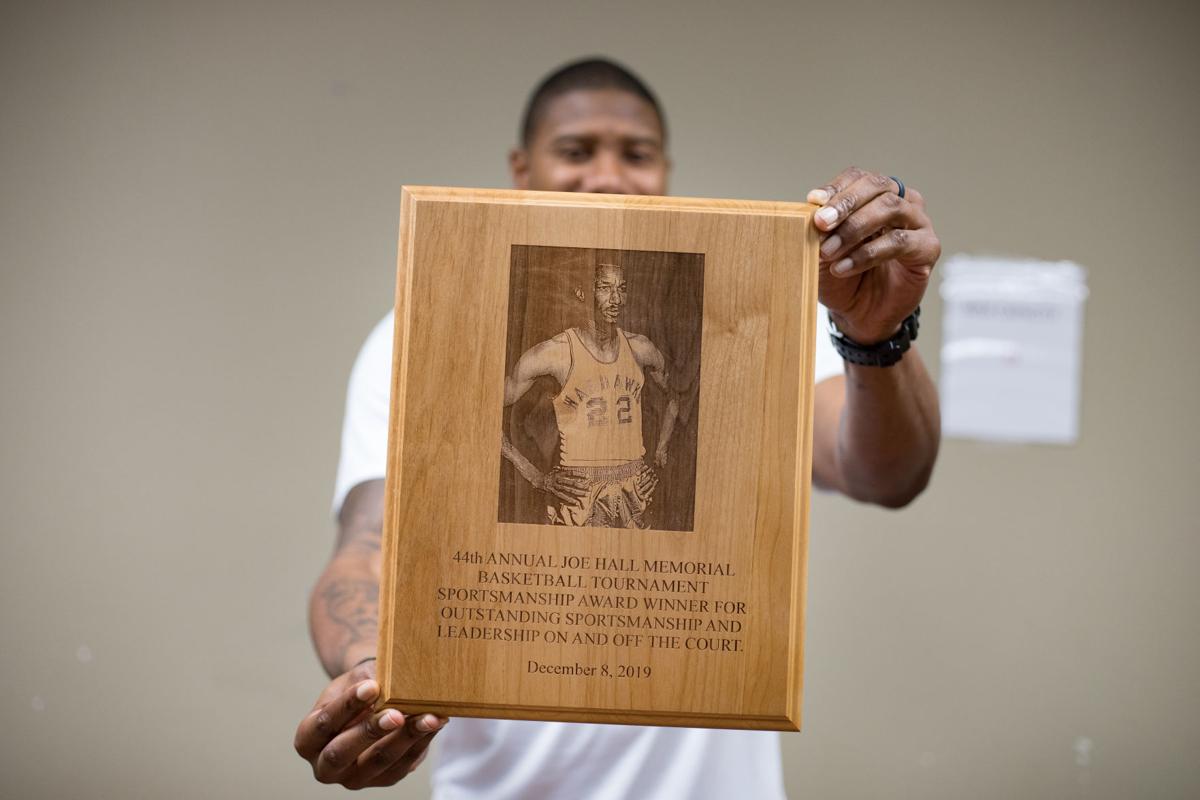 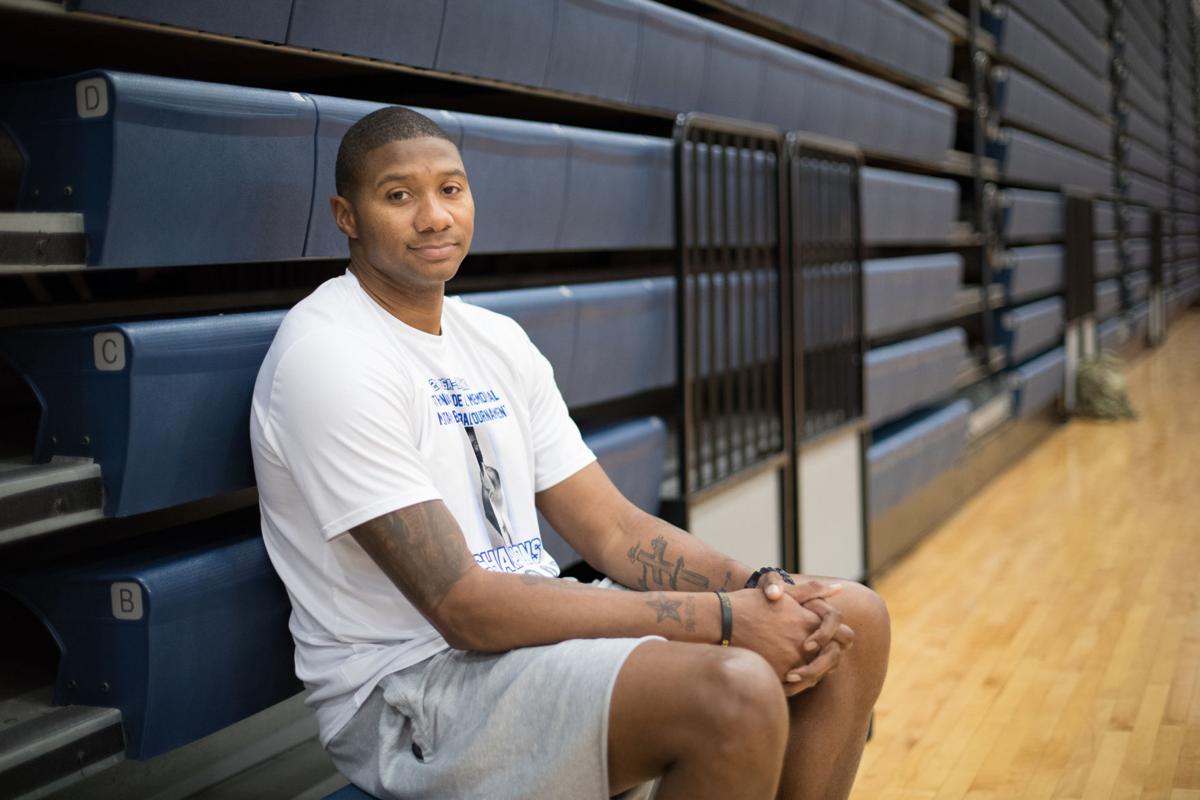 Warrant Officer Ernest Hassell, 2nd Chem. Bn., 48th Chem. Bde., began playing basketball when he was eight and is happy to have the opportunity to play while he is in the Army. Hassell poses in Abrams Physical Fitness Center before practice Jan. 9. 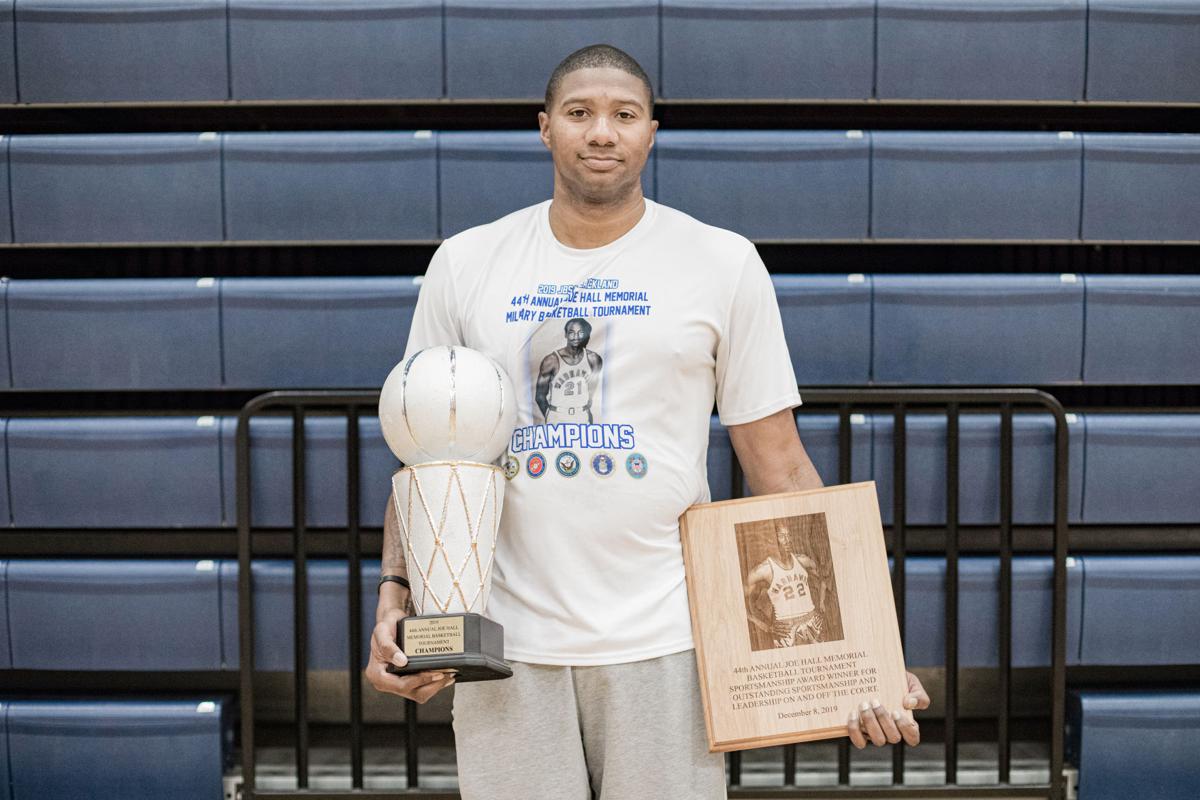 Warrant Officer Ernest Hassell, 2nd Chem. Bn., 48th Chem. Bde., began playing basketball when he was eight and is happy to have the opportunity to play while he is in the Army. Hassell poses in Abrams Physical Fitness Center before practice Jan. 9.

The Fort Hood Varsity Basketball team broke Air Force Prep’s nine-year winning streak at the Joe Hall Basketball Tournament in San Antonio on Dec. 8, but that’s not the only award the team walked away with.

Fort Hood’s own Warrant Officer Ernest Hassell, 2nd Chemical Battalion, 48th Chemical Brigade, won the Joe Hall Sportsmanship Award, an award only presented to one player at the end of the tournament.

Hassell’s passion for basketball began when he was just 8-years-old and he’s enjoyed being able to still play the game while also being in the Army.

“I’ve been in 11 years, so I would say four out of the 11 I’ve competed doing All-Army, playing overseas while I was stationed in Germany,” Hassell said. “It’s good when you can take yourself out of the job and get around a bunch of other service members and try to compete doing other things besides fight our nations war.”

He found it most challenging to play games back-to-back and not having much time to rest and recover in between. Having a lack of substitutes, was also challenging, but that didn’t suppress their desire to bring home the trophy.

“Almost being 37, is playing a lot of minutes and playing back-to-back games, that was most challenging. Playing games within three hours of each other just recovering and going back out there and giving it all you got and not having subs,” Hassell said. “We’ve got so many guys here at Fort Hood that can actually play, but due to the high tempo, it’s kind of hard asking guys to take time some off to play basketball. We’ve got a lot of training going on, on post so we’ll take what we got and try to compete.”

He was honored to receive the Joe Hall Sportsmanship Award and believes that it reflects his passion for the game and his team.

“I’m at a time in my life now where I’m headed to stop playing basketball, but it keeps calling me. Being able to mentor young guys coming in trying to play basketball, trying to figure out the military, trying to be just a military athlete, just trying to understand the life of a military athlete,” Hassell said. “Being able to talk to them on and off the court, give them recommendations as far as work related and non-work related stuff, so that’s awesome to be able to share my past experiences. It might be a specialist or a PFC that’s like, ‘Man, I want to play All-Army. I want to play basketball for the military,’ and that type of stuff or, ‘What are you doing in your career? Oh, I want to be what you are. I want to be a Warrant Officer too.’ So, just being able to give that mentorship.”

He believes that sports can affect many aspects of your life off the court or field, but it really helps with teamwork for people who work in the Army.

“Basketball, just playing sports in general, it translates over the military. Just being accountable, everybody on the team has their job,” Hassell said. “A specific job to reach a goal. In this instance, my job was to help lead my team, not just on the court, but off the court. (I) might not be the lead scorer, but I put my team in a good position to actually be successful.”