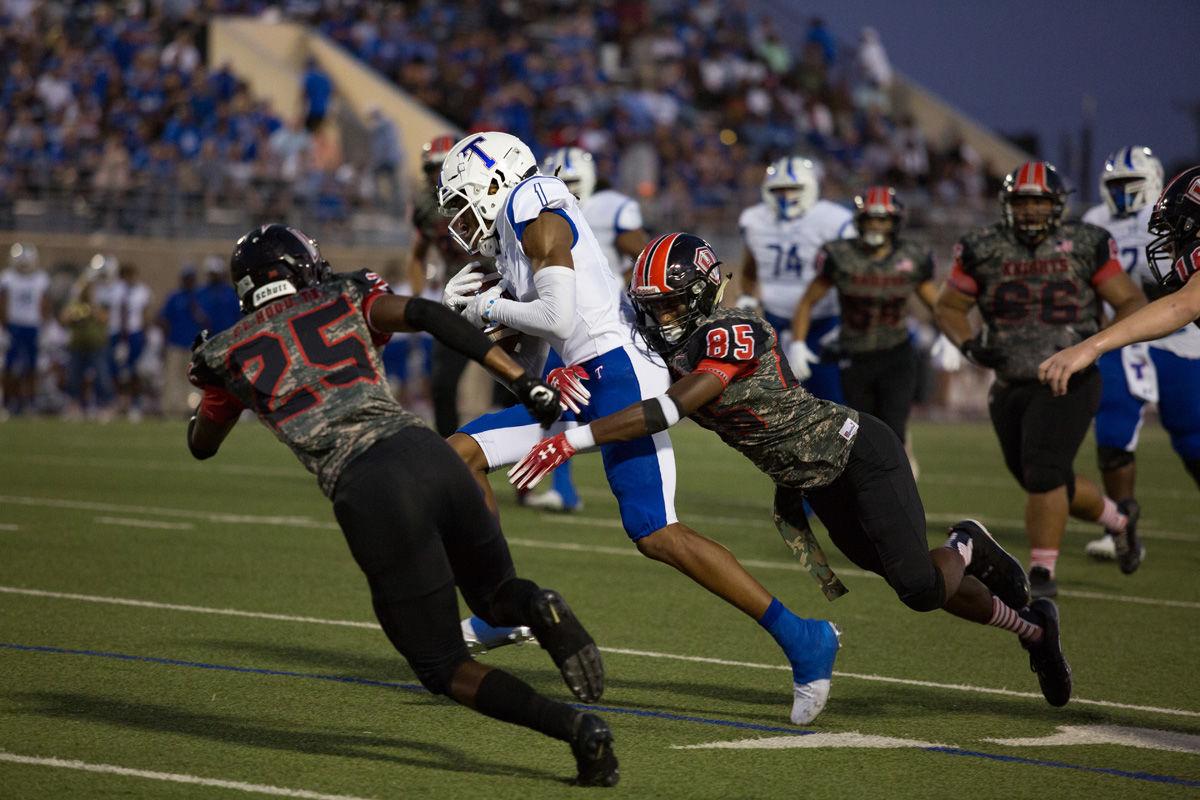 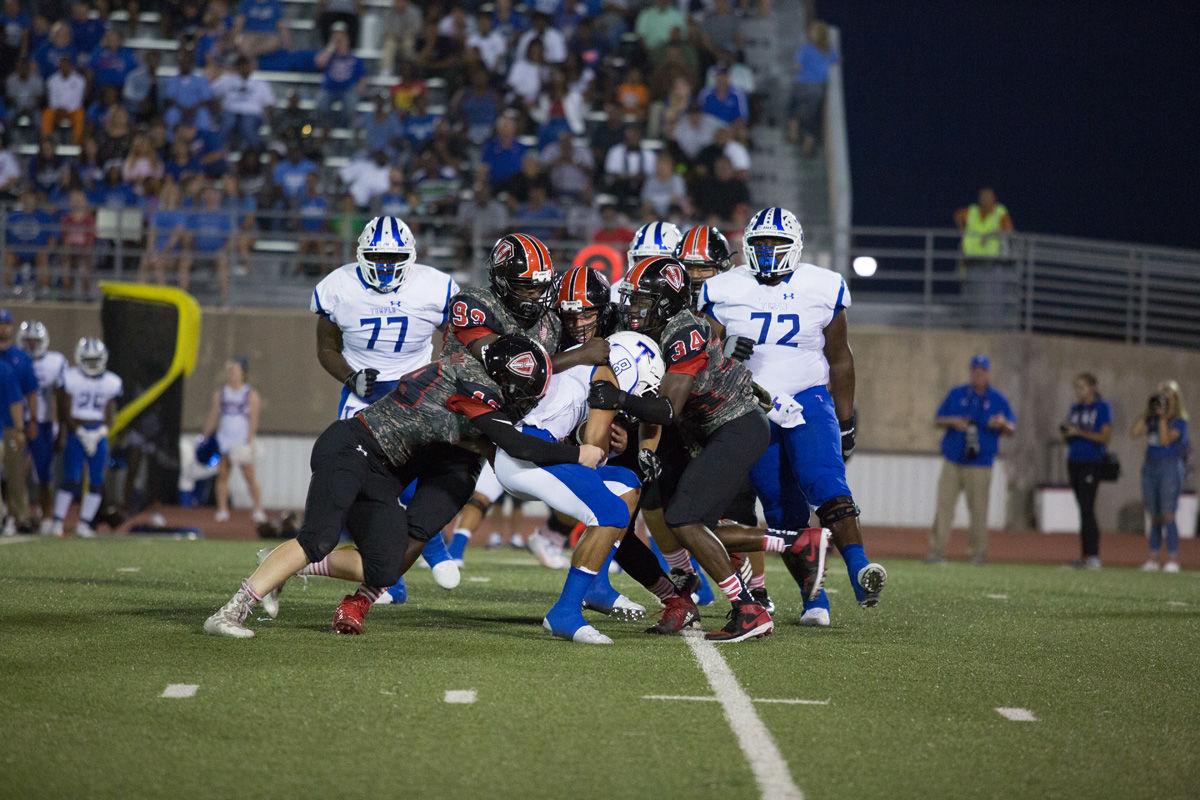 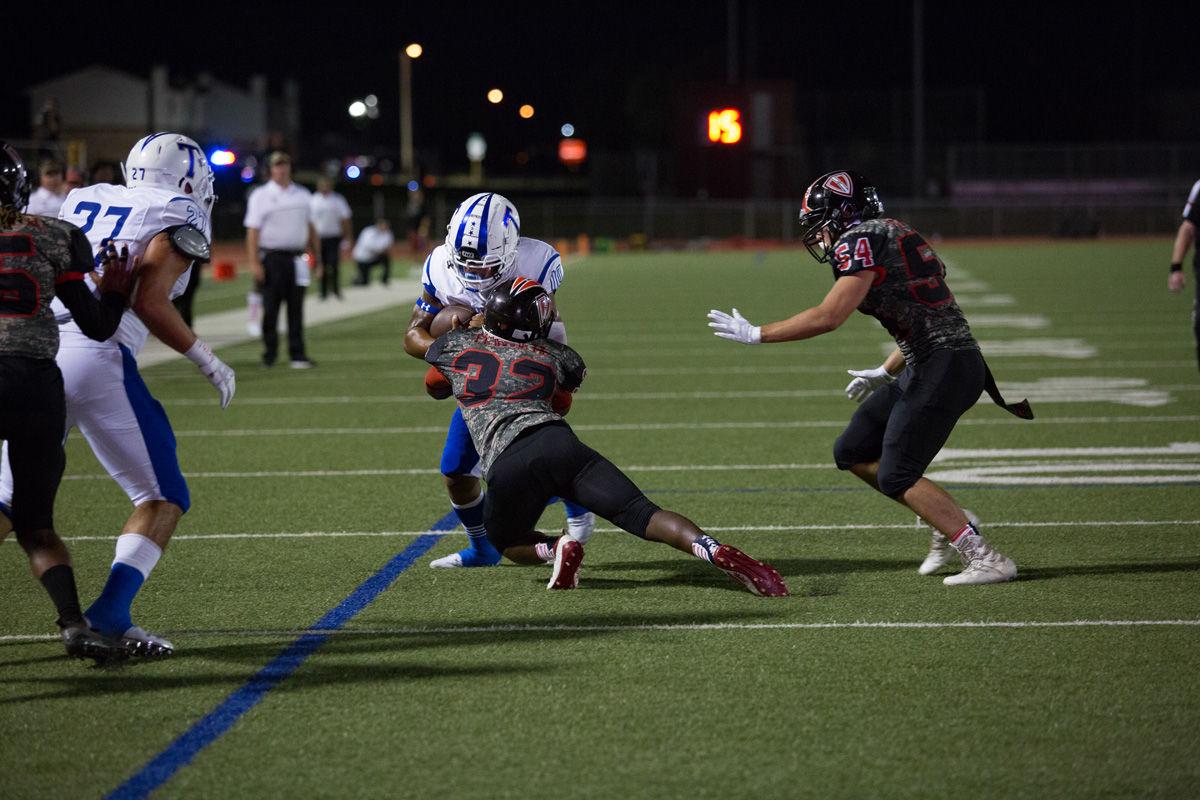 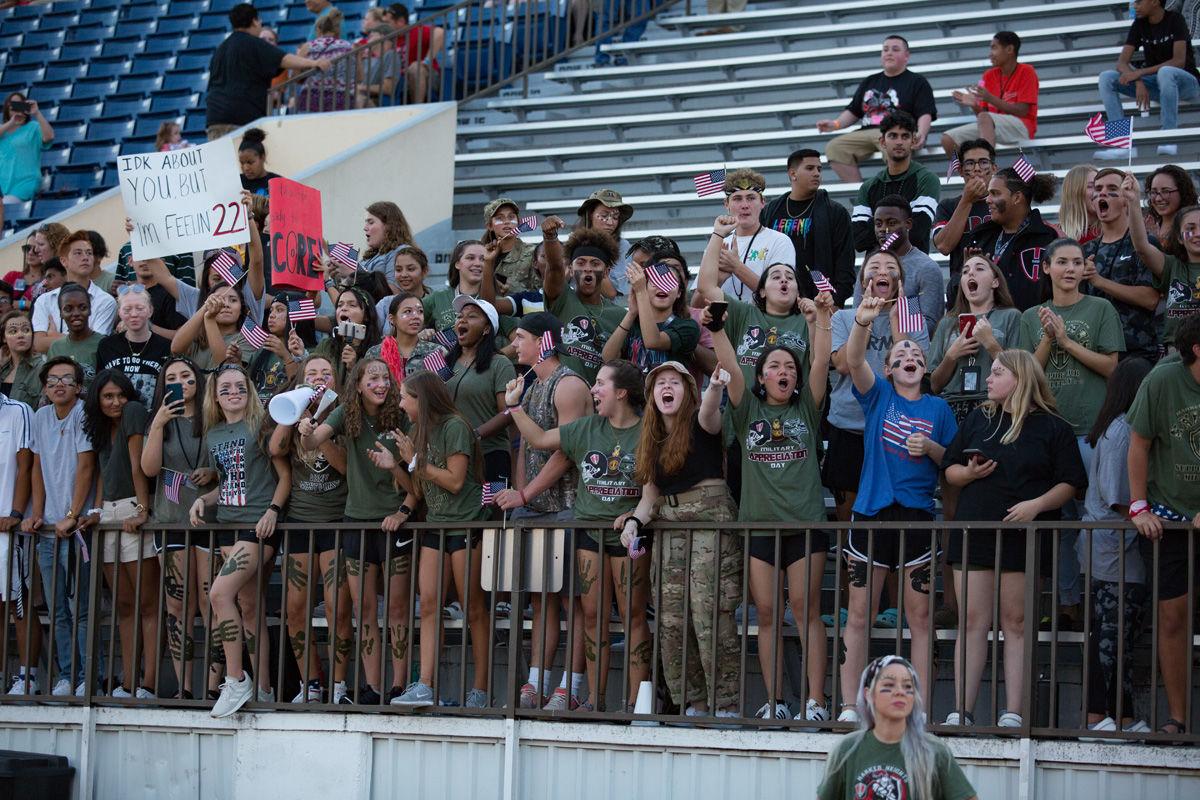 It was not close. Playing against Temple and questionable calls; everything was against the Knights.

The Knights were set up to score their first touchdown with a pass from sophomore quarterback Terrence Carter, to senior defensive back Mikelle Mason, only to have it intercepted in the end zone by Temple senior cornerback Roman Jackson.

The Knights continued to fight with a huge pass from Carter to senior wide receiver Davon Byrd, near the end of the first half, only to have the pass ruled incomplete.

In the second half, Harker Heights senior Jamie Vargas kicked a field 25-yard field goal in the third quarter, putting the Knights on the board, but they would score no more for the rest of the game. The Knights moved the ball 263 yards, but the Wildcat defense held them.

“We didn’t execute. We had opportunities in the first half. We got the ball inside the 30 three times and came away with no points,” Harker Height Head Football Coach Jerry Edwards said. “We did a pretty good job defensively in the first half. The refs missed a couple of calls should’ve been two run-offs to end the half that the refs didn’t call, but anyways, we didn’t execute on a high level and against a team like that. You’ve got to execute at a high level.”

Though nothing seemed to be working out for the Knights, they played hard until the very last second. Edwards said that they would focus on getting better this week.

Though the game didn’t end how the Knights would have liked it, the game was still special because it was Harker Height’s Military Appreciation Game.

“This is an Army community and so, you know, we take great pride in that,” Edwards said. “Probably 70 percent, maybe 80 percent of our players have a mom or dad who serves and so it’s nice to come out here and play in their honor.”

Sgt. 1st Class Leroy Betts with the Harker Heights Recruiting Center, who is often at Harker Heights football practices, ran onto the field with the Knights before the game began.

“I volunteer with them so much, whenever they asked me to run out of the tunnel with them, that’s an amazing feeling, especially on military appreciation night,” Betts said. “You can’t beat that.”

He also walked out with the team captains and participated in the coin toss.

“It was my first time so it was a unique experience. I’ve seen it on TV, I’ve seen it everywhere else, but to actually do it for the first time myself, it’s very prideful and I’m thankful for the opportunity.”

Betts believes that having military appreciation games are not only important for service members, but their kids as well.

The Height Knights will take on the Belton Tigers in Belton Sept. 20 with kickoff at 7:30 p.m.