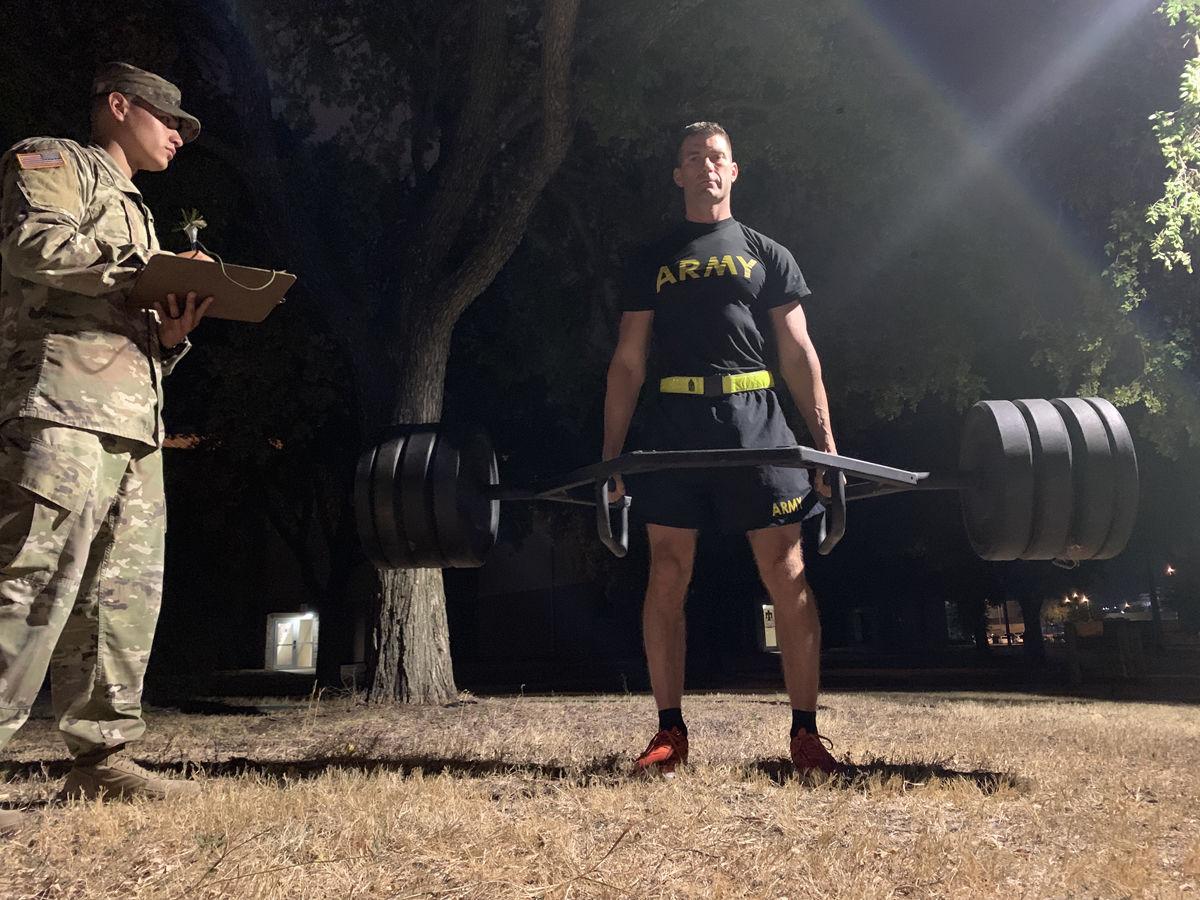 Sgt. Maj. W. Wesley Stollings, noncommissioned officer in charge of operations for 11th TTSB, lifts 340 pounds during the 3-repetition deadlift, one of six events for the ACFT. Stollings completed the ACFT with a score of 600, the highest possible score on the test. 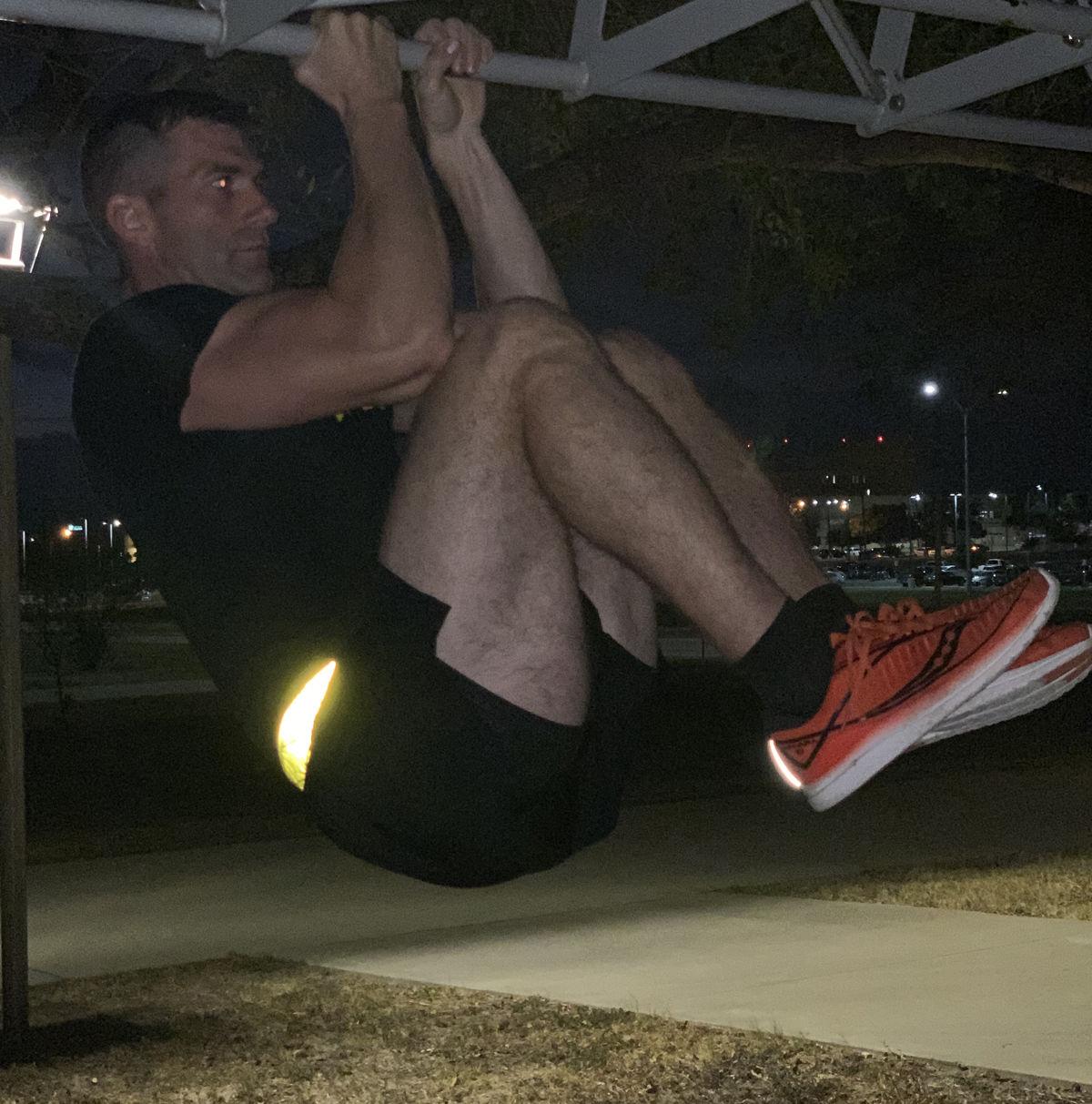 Sgt. Maj. W. Wesley Stollings, noncommissioned officer in charge of operations for 11th TTSB, lifts 340 pounds during the 3-repetition deadlift, one of six events for the ACFT. Stollings completed the ACFT with a score of 600, the highest possible score on the test.

The fall dawn had yet to break through as Soldiers assigned to the 11th Theater Tactical Signal Brigade commenced to the third event of the Army Combat Fitness Test. For months, Soldiers had been preparing for this day through a targeted fitness program initiated by Headquarters and Headquarters Company 1st Sgt. Jason Smith.

“We wanted to start giving diagnostic tests on the ACFT early to give Soldiers the advantage of seeing where they could improve and also so that we could start tailoring our physical training on the areas of weakness for our Soldiers,” 1st Sgt. Jason Smith said.

Although this was a diagnostic, some Soldiers came more prepared than others.

Sgt. Maj. W. Wesley Stollings, the chief signal noncommissioned officer in charge of operations for 11th TTSB, completed the ACFT with the maximum points in all the events.

Stollings scored a 600, making him the first Soldier on Fort Hood and the third Soldier in the Army to do so.

Sgt. Angelique Gaskins, a cable systems installer and maintainer assigned to HHC, 11th TTSB, was the grader for Stollings and other Soldiers in her lane.

“When the test was completed, I was surprised that Sgt. Maj. Stollings maxed out on the events because he was so calm during the exercises,” Gaskins said. “A lot of the Soldiers were nervous since this was the first test for everyone, but Sgt. Maj. Stollings just seemed effortlessly focused.”

Many Soldiers were worried about doing well on the ACFT, especially Soldiers who had been in for a long time and were used to the APFT, said Gaskins.

“While taking the test, Sgt. Major Stollings encouraged Soldiers to do their best,” Gaskins said. “It was inspirational that he actually maxed the test because that encourages us Soldiers to aim to do the same.”

While other Soldiers may have been intimidated by this new change in Army fitness testing, Stollings said he embraced the change.

Stollings has been in the Army for over 20 years and made no excuses as to why he couldn’t do well on this test.

“In order to do well on the ACFT, it is up to all Soldiers to stop fighting change and making excuses,” Stollings said.

“As I’ve gotten older, I just strive to stay in shape,” Stollings said. “I do exercises such as dumbbell bench press, pull ups, dumbbell snatches, deadlifts and planks and I primarily run for cardio.”

Although he has been doing the APFT for over 20 years, he has been mutable to excelling in the new fitness test.

“The ACFT is ultimately an assessment of how I work out,” Stollings said. “I run, powerlift and have played sports in the past. The results of all my training increased my base fitness level, which allowed me to do well on the ACFT.”

When comparing the two tests, Stollings feels that the ACFT is a more comprehensive assessment of readiness than the APFT.

“The APFT did an OK job of assessing fitness, but didn’t have a direct correlation to Soldier readiness,” Stollings said. “All of the events in the ACFT can directly be translated to the physical demands needed in combat. That’s what I enjoy most about it.”

For Soldiers who are nervous about the ACFT Stollings gives this advice.

“Start diversifying your exercises and put in the additional work outside of physical training,” Stollings said. “Maximizing the ACFT isn’t a choice, it’s the goal.”