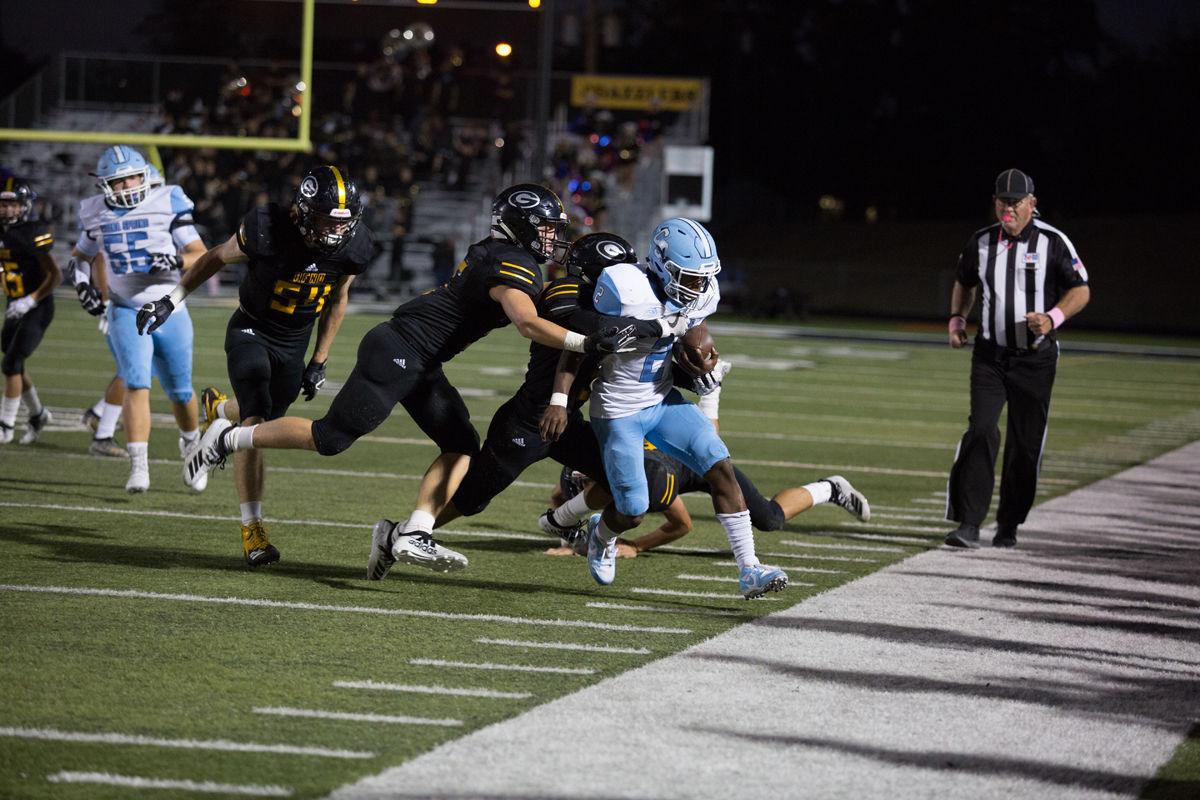 China Spring senior wide receiver KJ Peoples is swarmed by Hornets and is pushed out of bounds at the Gatesville versus China Springs football game Friday in McKamie Stadium. 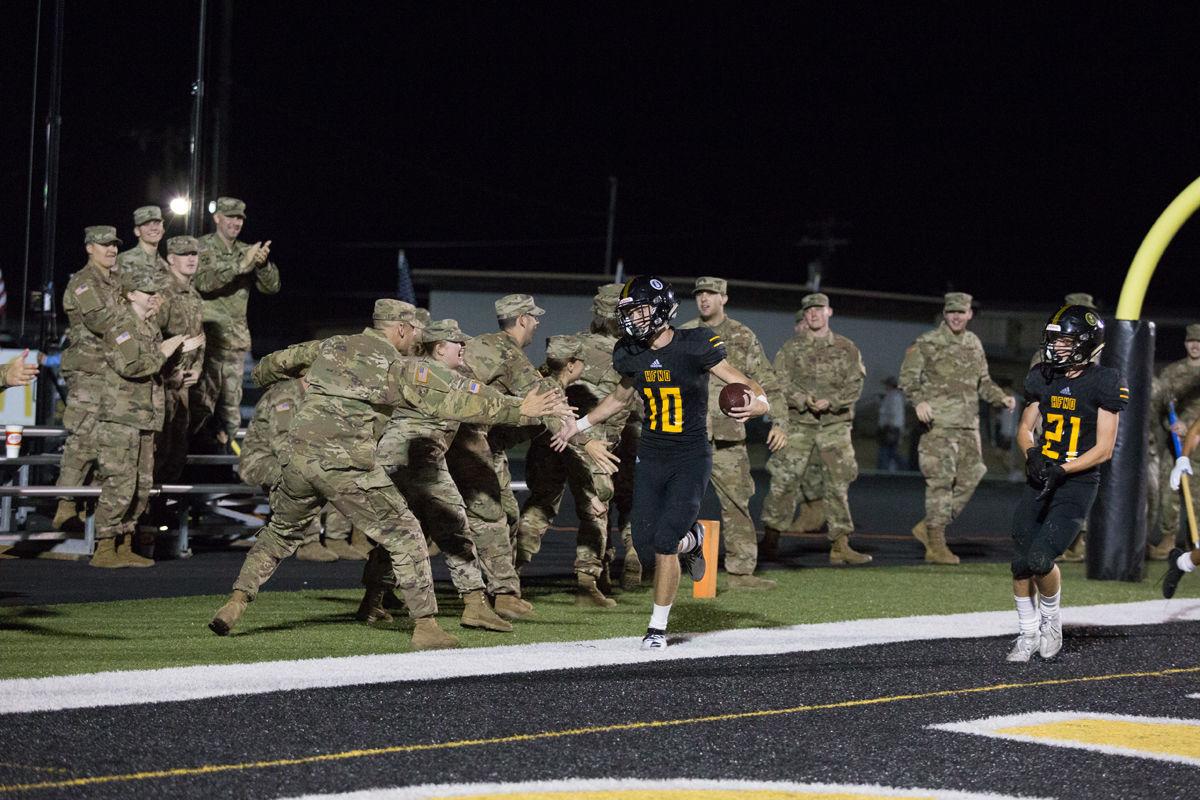 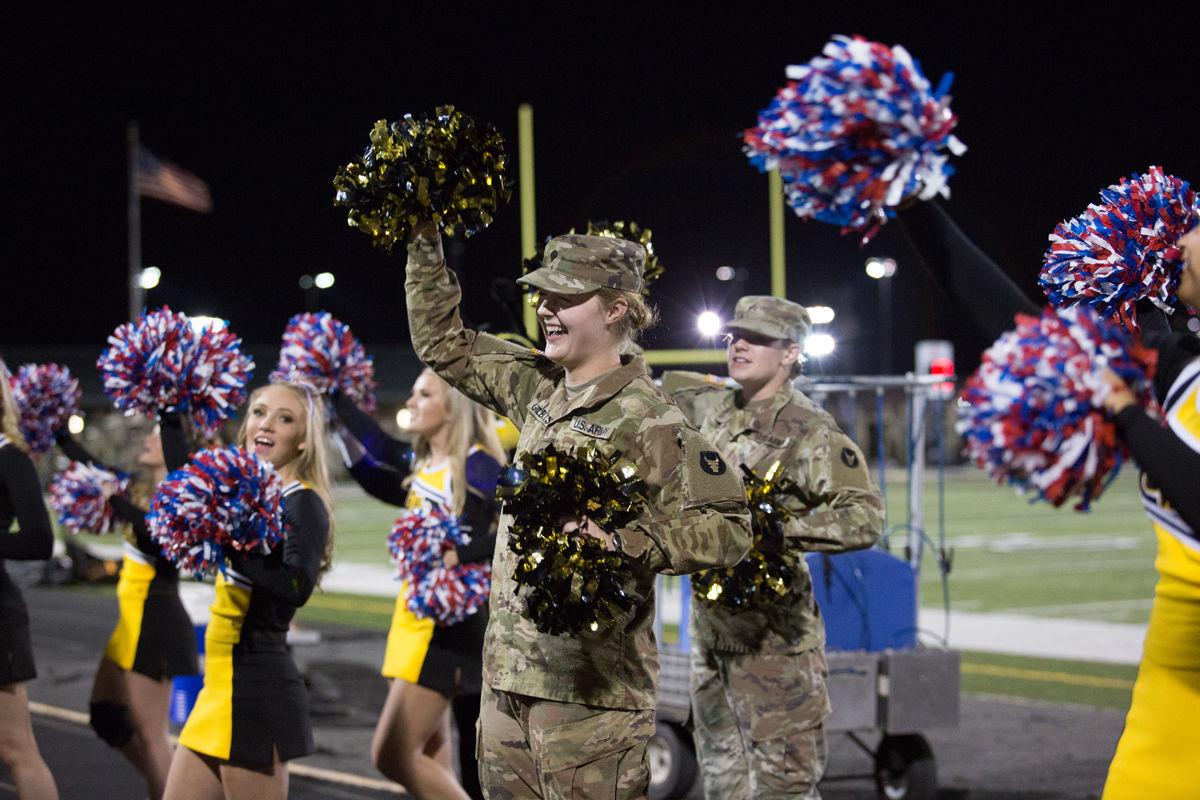 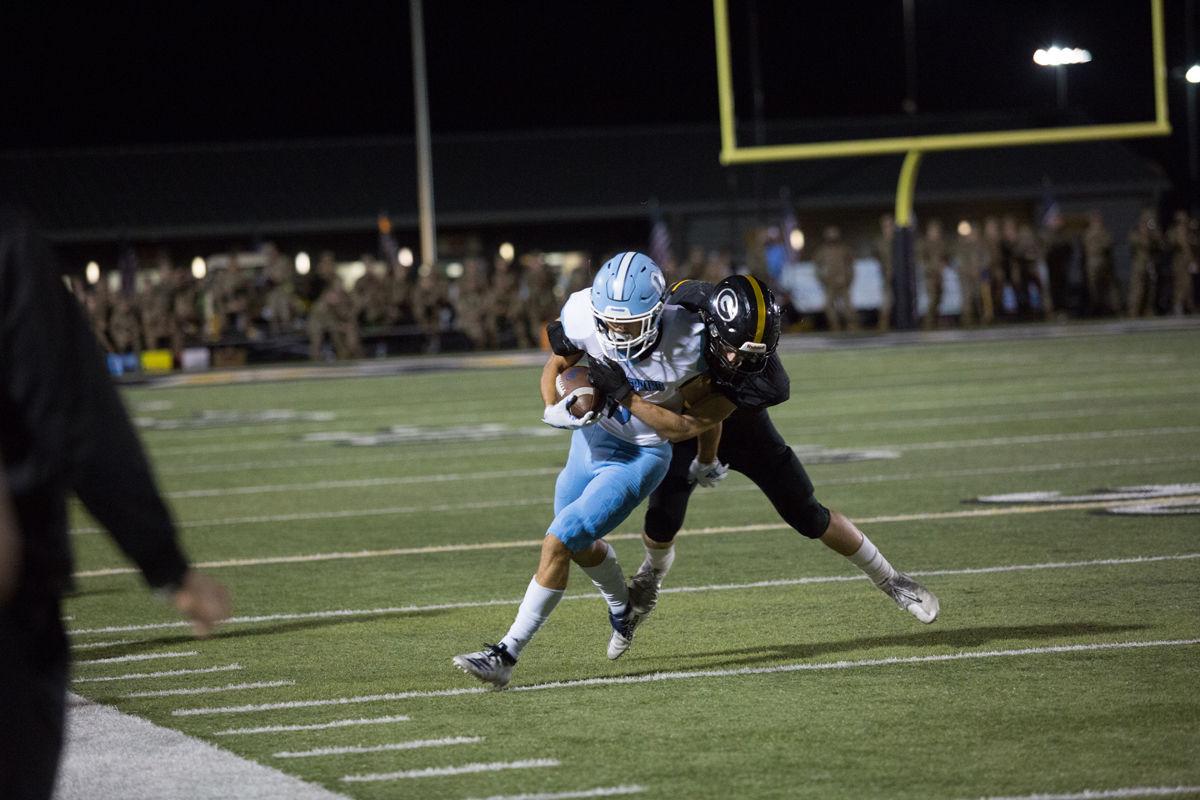 China Spring senior wide receiver KJ Peoples is swarmed by Hornets and is pushed out of bounds at the Gatesville versus China Springs football game Friday in McKamie Stadium.

It was a tough loss, but head coach Luke Howard was proud of his team. He was sure to give China Spring credit for their preformance.

“Well, they’re a good football team. We’re battling through some things right now and they exposed us on some things and hit us on some big plays. Credit to those guys for what they did,” Howard said. “It just wasn’t our night tonight. We’ve got to come back and be better next week.”

He’s incredibly proud of how hard his team has played. Despite their rough season, they’ve never quit or given up.

“I think our guys have played extremely hard all year. We haven’t had a very successful year up to this point, but our guys have not stopped playing hard,” Howard said. “They’re committed to our process, they understand what our process looks like for this team and this program right now. I’m certainly proud of our commitment and effort.”

Spirits were high, despite the rough game, because it was the Hornet’s military appreciation game. A game that is very special to the Hornets and their fans.

“This is a special night. Our coaching staff was talking earlier, that this is by far our favorite night of the year. It’s good to have these guys here and everything, but what they mean to us and this community,” Howard said. “We certainly wouldn’t be able to do what we do without all of their sacrifices so we are certainly are appreciative of them. It’s just a great evening for everybody. We appreciate having them out.”

Several Soldiers came to the game to support the Hornets including Sgt. Morgan Maidl and Spc. Cassidy Gilbertson with the 834th Aviation Support Battalion. They had the opportunity to cheer with the cheerleaders during the game.

“It was really rewarding, actually, because we don’t get to do things like this. I thought it was really fun,” Gilbertson said.

“Brought me back to my high school days.” Maidl said.

Another Soldier that had fun was Chaplain (Maj.) Daryl Thul, who was playing a toy horn for some of the other Soldiers. He was very excited to see the joy that the game brought to everyone.

“I came in and I asked the cheerleaders walking in what they thought and they said 62 to nothing. They were not very optimistic,” Thul said, chuckling. “So when the Hornets scored and the young man came down and high-fived some of our Soldiers, I was just smiling ear to ear for the young student as well as for my Soldiers, because some of them are not far removed from high school themselves.”

He was happy to feel the love from the Gatesville community and was happy for the big morale boost.

“This is a big deal. This really is because we’re in the middle of our training at North Fort Hood and honestly it sort of sucks,” Thul said. “It’s not always easy, it’s not always fun and to be able to come out here and actually just feel the love, that’s a pretty big deal. I just feel real blessed. I know my friends feel blessed as well.”

After their bye week, Gatesville will play Stephenville in McKamie Stadium at 7 p.m. Nov. 1.