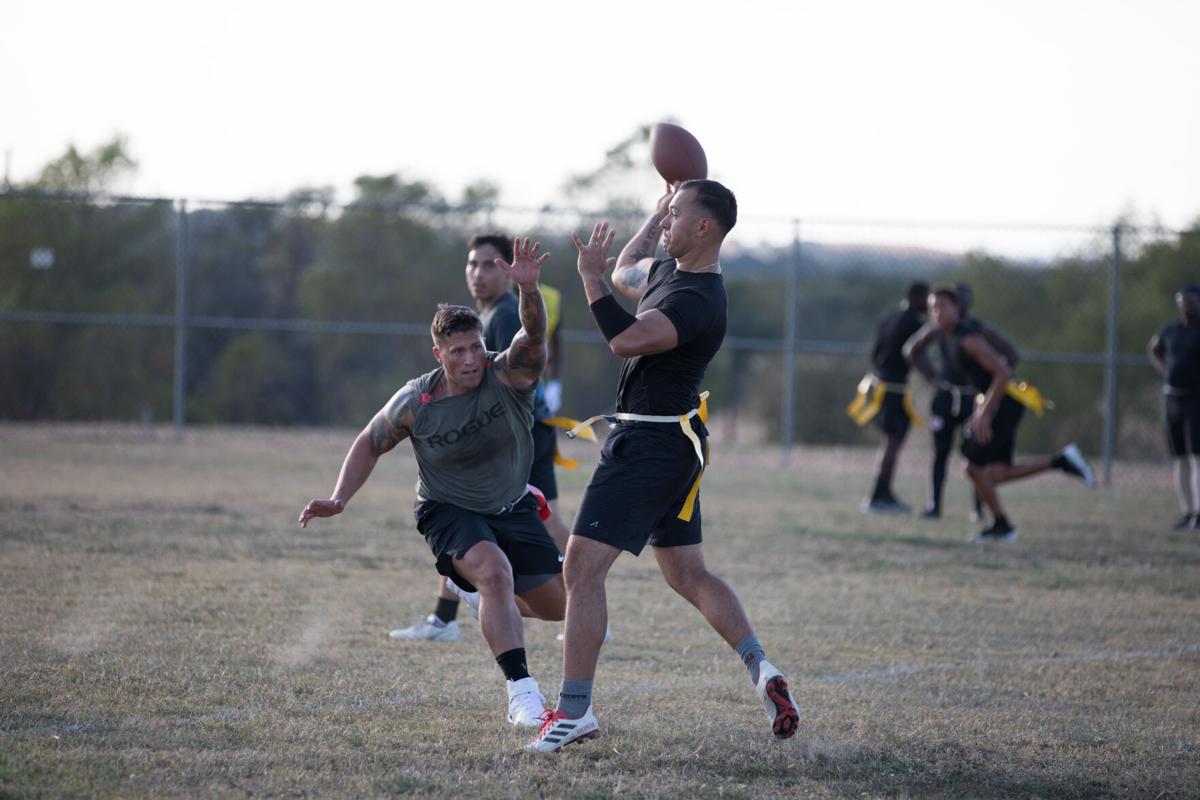 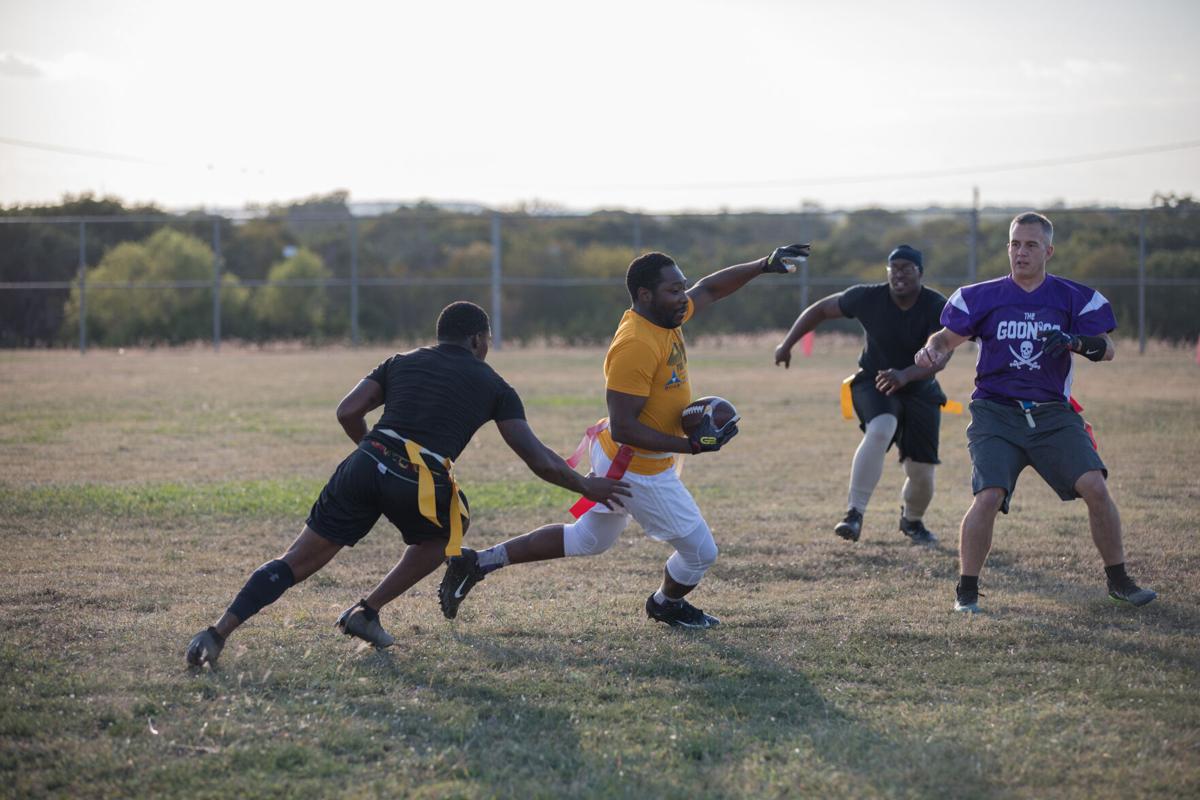 Spc. Malcolm Chinn races toward the end zone during one of the first intramural flag football games of the 2021 season at the Robert J. Evans Softball Complex Sept. 27. 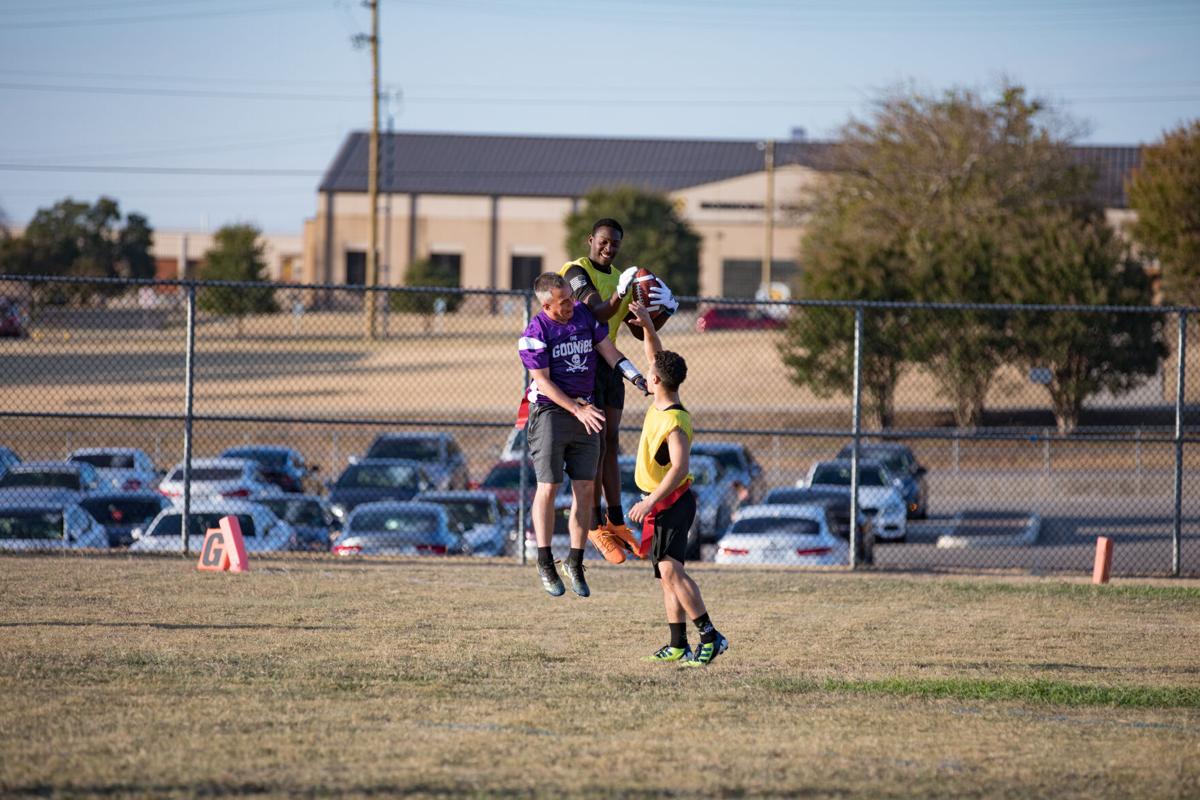 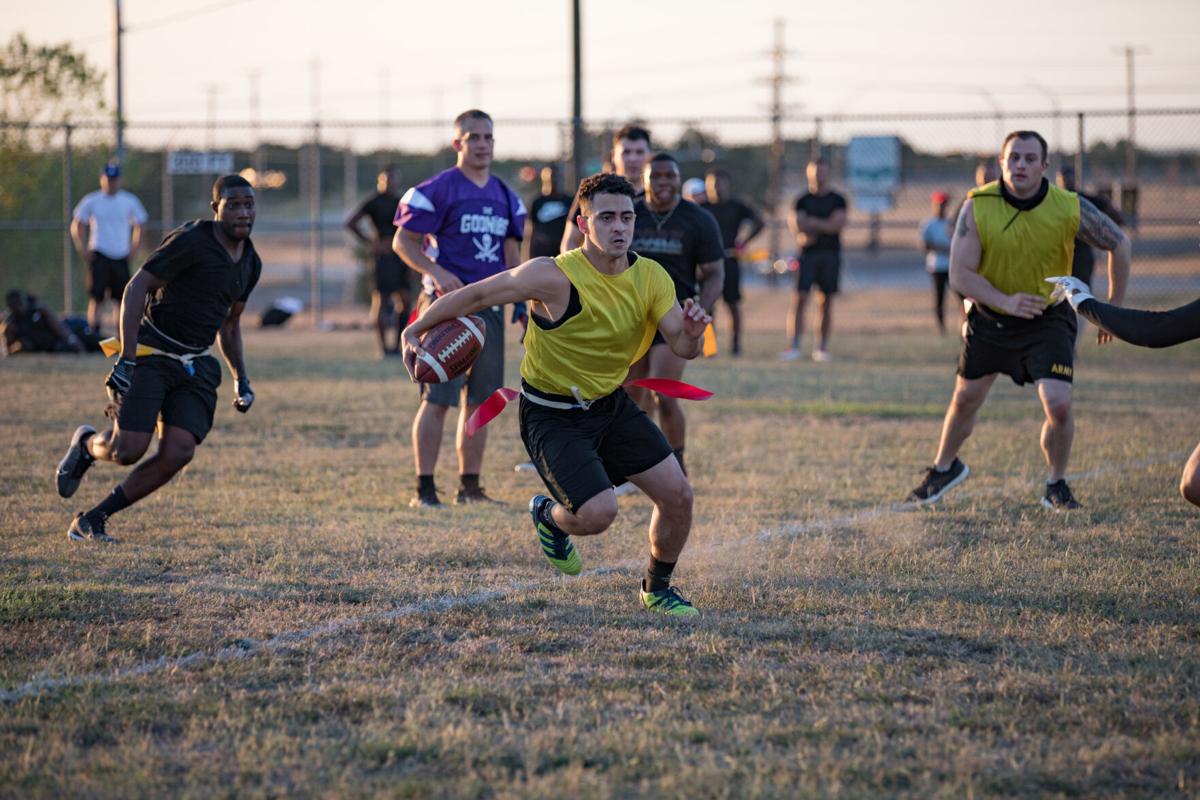 Spc. Malcolm Chinn races toward the end zone during one of the first intramural flag football games of the 2021 season at the Robert J. Evans Softball Complex Sept. 27.

Currently, the 89th Military Police Brigade is in the lead for the Commader’s Cup and are excited to have the chance to add more points to their lead.

“Of all the sports that the Army has to offer, I enjoy flag football the most,” team co-captain Maj. Adam Herring, 89th MP Bde., said. “I have been around football for the better part of 25 years, and I still have the same passion for the game that I did when I started many years ago.”

“I grew up playing sports and was fortunate enough to play collegiately,” team co-captain Capt. Taylor Weinberg, 89th MP Bde., said. “Having the opportunity to compete alongside the people I work with in something that is fun and challenging helps relieve stress while at the same time builds camaraderie.”

Weinberg loves being on the defensive side of things, while Sgt. Felix Garcia, 401st Military Police Co., enjoys thinking outside of the box on offense.

“I absolutely love disrupting and stopping the offense. Most of the time people go to games to watch the offense score a ton of points, but I take pride in being the spoiler,” Weinberg said.

“As a team we are all creative and motivated to try new things on offense,” Garcia said. “Everyone, and I mean everyone, has a role on the team. Don’t be surprised if you see a few linemen putting points on the scoreboard within our offense.”

Herring said the most challenging part about flag football is competing against his talented and athletic peers here at Fort Hood.

“There are so many great athletes across Fort Hood that you can’t afford to make the wrong decision with the football, or the defense will make you pay so at times, slowing the game down and letting the play develop becomes difficult,” he stated.

Both Herring and Weinberg believe participating in flag football helps them grow together as a team with their fellow Soldiers.

“This is my 13th year in the Army and 9th flag football season. The one thing that I can say with certainty is that I know I can count on every one of my teammates, whether it is on the football field or during the execution of our duties as Soldiers,” Herring said. “Playing flag football allows us to develop this trust and accountability faster than we normally would in a normal work environment. Also, in our unit since we have a combined brigade team it allows us to get to know Soldiers who may not be in the same company as us.”

“Most of the time we see each other in a professional capacity and with the stressors of work it can sometimes be extremely repetitive,” Weinberg said. “It’s nice to see others outside of work and find that you have things in common with each other besides what we do for a living.”