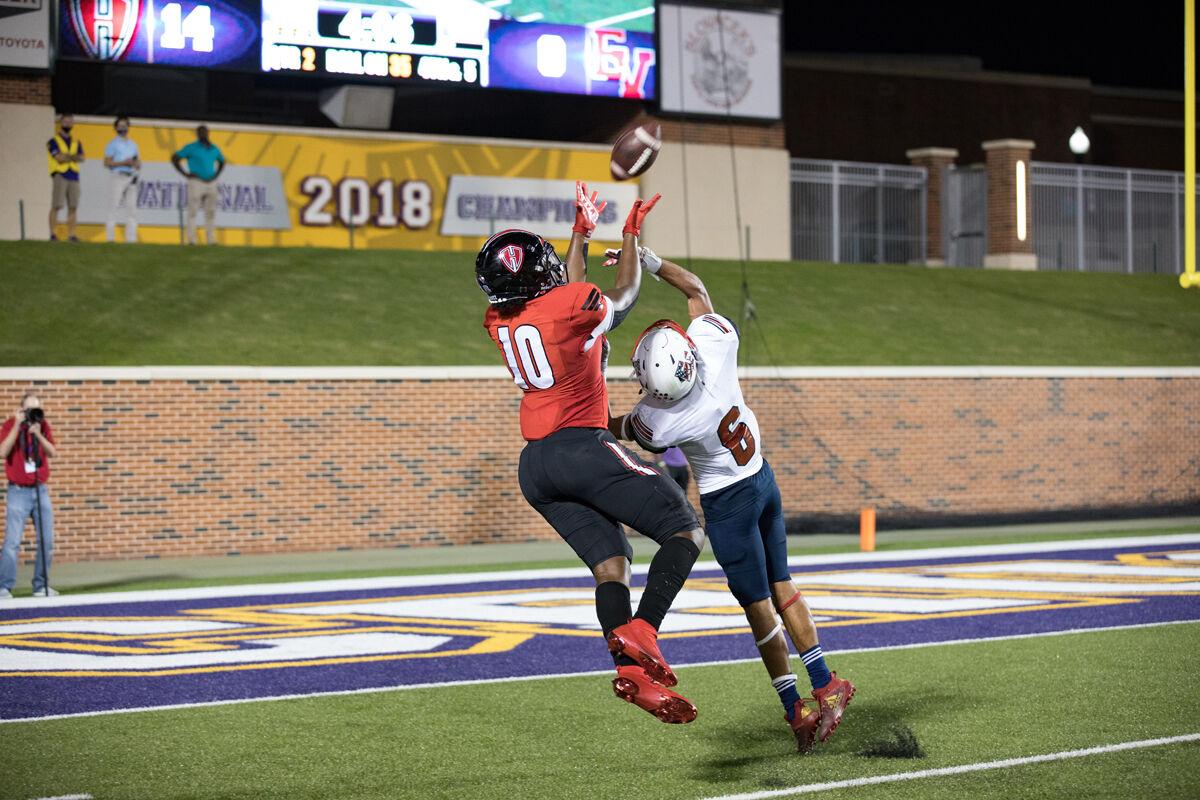 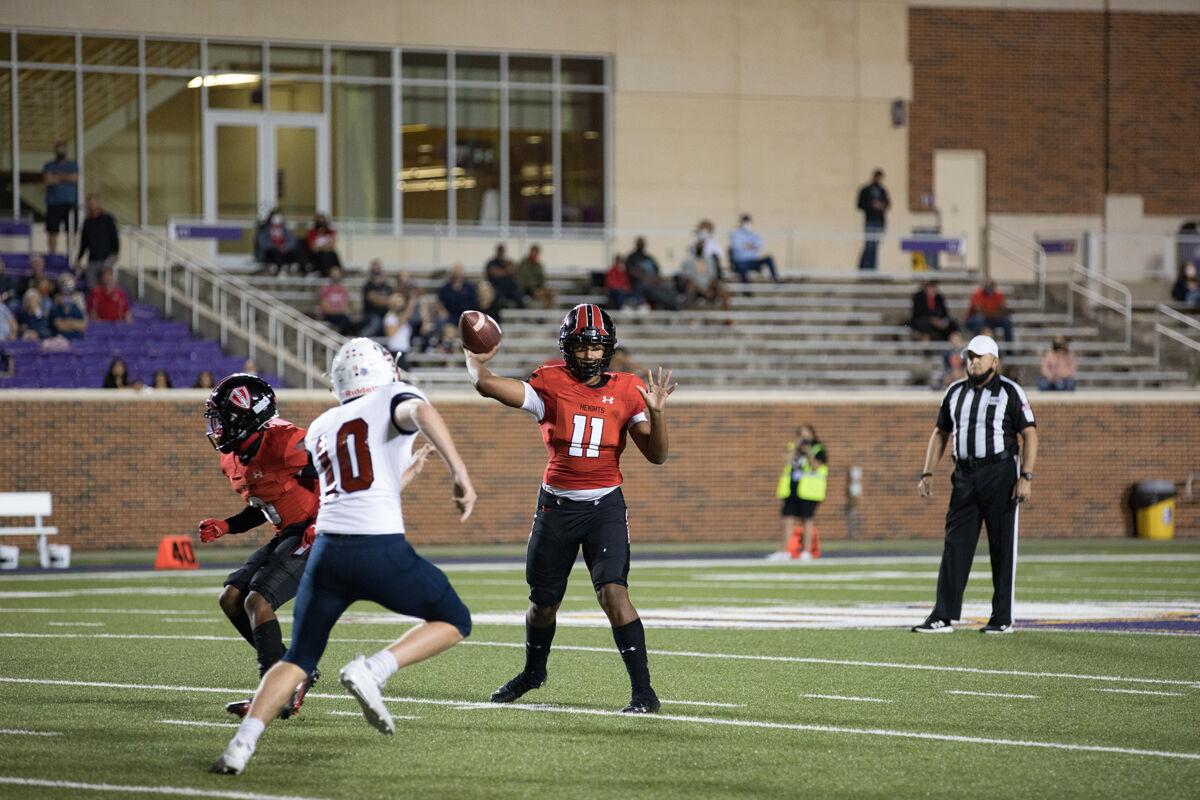 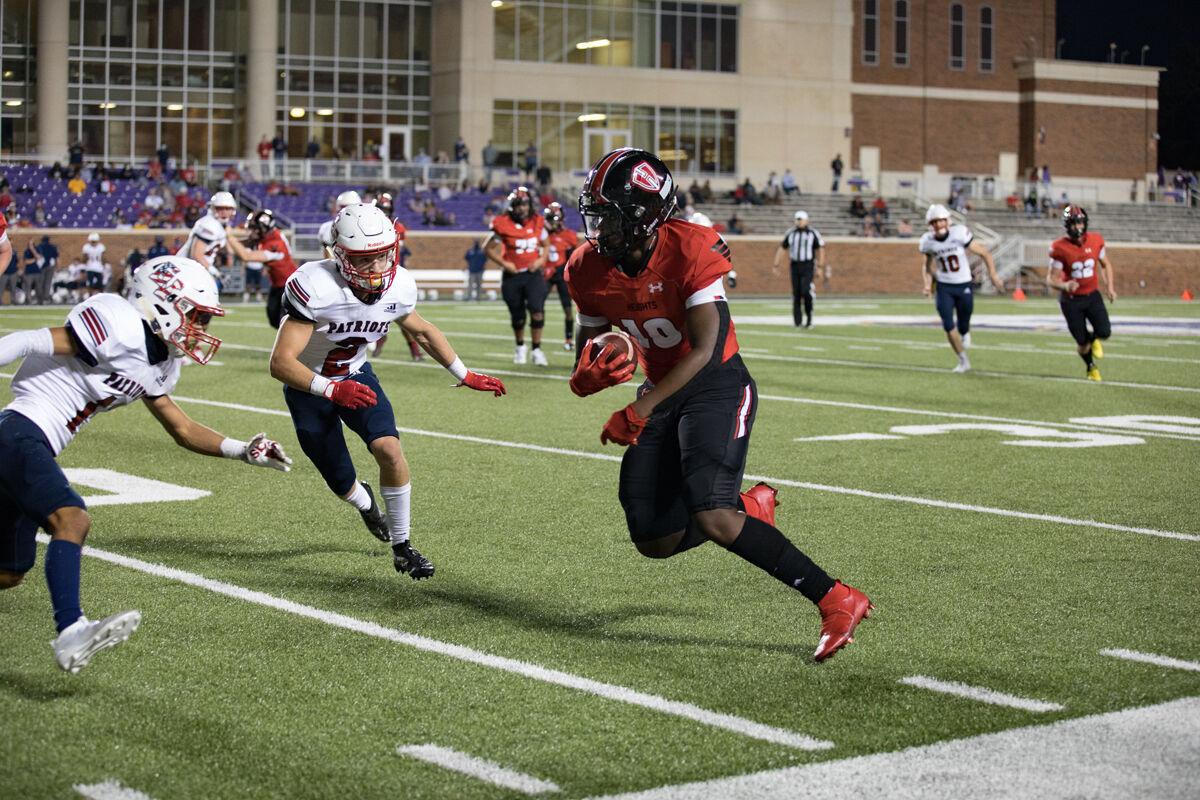 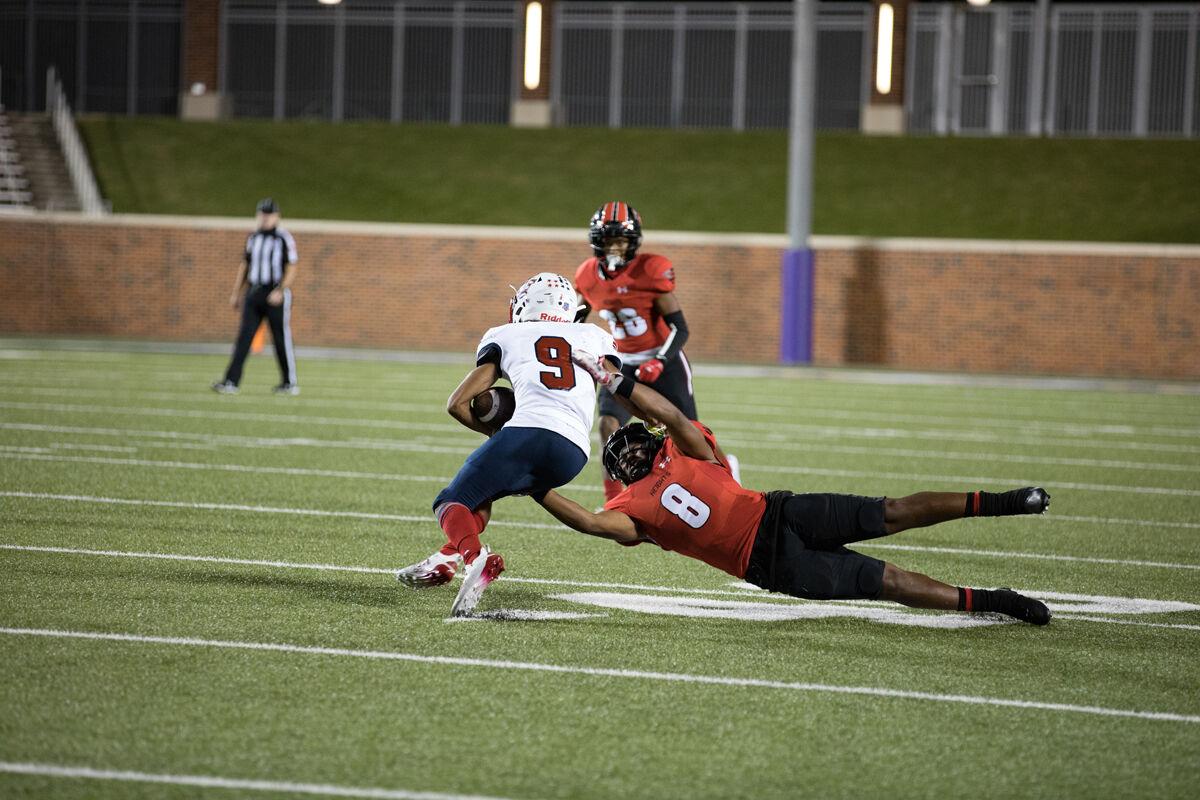 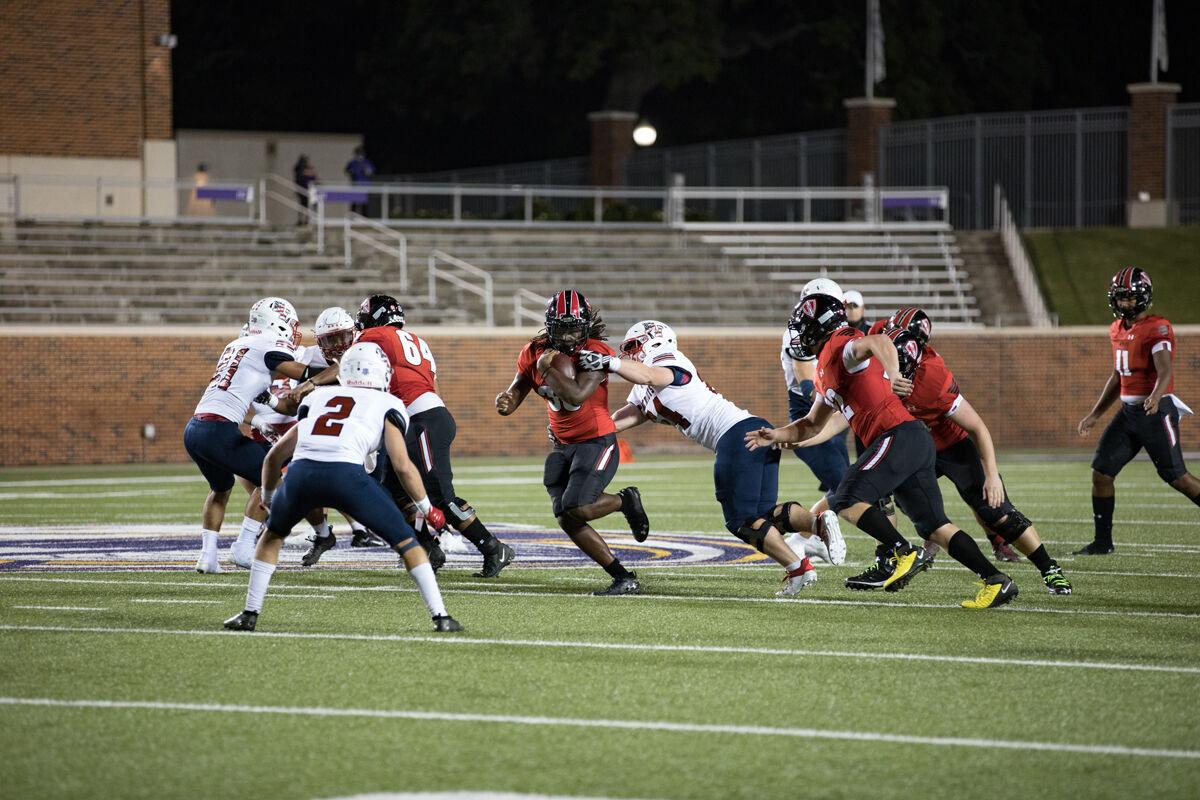 Knights running back Christian Wooden, pushes through the Patriots in Crusader Stadium during the Harker Heights versus East View game Friday. The Knights defeated the Patriots 49-21.

Knights running back Christian Wooden, pushes through the Patriots in Crusader Stadium during the Harker Heights versus East View game Friday. The Knights defeated the Patriots 49-21.

The Harker Heights Knights came out of their second game of the season with a 49-21 win against the East View Patriots Friday in Crusader Stadium on the University of Mary Hardin-Baylor’s campus.

It’s their first win of the season and Knights head coach Jerry Edwards was happy with the improvement he saw in his team from their first game against Smithson Valley.

Edwards said after falling to Smithson Valley, they focused on practice and was excited to see that it paid off.

“You got to beat teams Monday, Tuesday, Wednesday (and) Thursday, and so that was our challenge to our kids. We were able to do that this week, and I think it kind of showed that. We were better from game one to game two, which we always want to improve,” Edwards said. “We came out and executed offensively and defensively, and special teams looked good too.”

Edwards wanted his players to be aggressive and make a statement before halftime.

“I wasn’t happy about giving up a touchdown before half, but we challenged the kids and told them we need to develop that killer mentality, so we can close out games,” Edwards said. “So we come out, to start the second half, and the offense came out, and it all kind of snowballed from there.”

They definitely didn’t lose their momentum in the second half, scoring four touchdowns. One of them being a 67-yard run by junior running back Tyree Trammel (20).

“Just how we came out and competed on all three phases,” Edwards said of what he was most proud of. “We were able to run the ball pretty effectively, throw the ball effectively. Defense started the game really high, getting a lot of three-and-outs and holding them at bay.”

He has high expectations for the Knights when they play against Boerne-Champion in Leo Buckley Stadium this week.

The Knights will host Boerne-Champion at 7:30 p.m. in Leo Buckley Stadium.