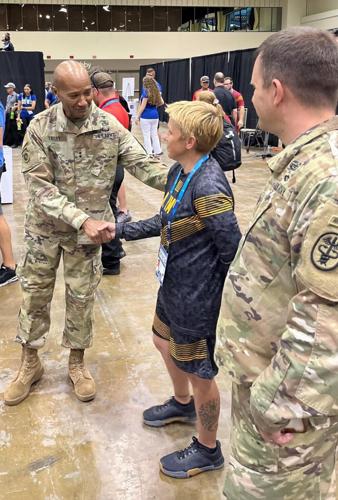 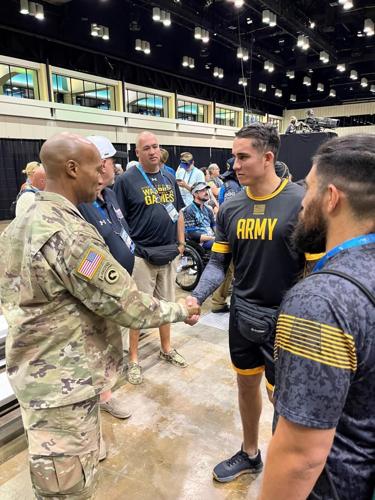 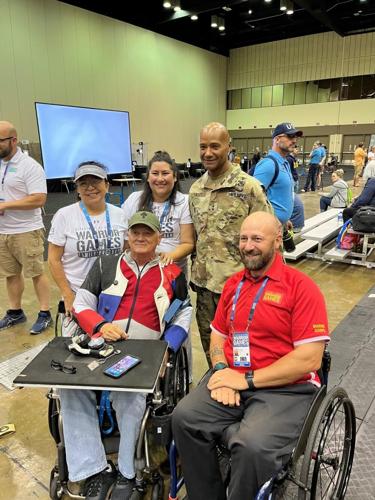 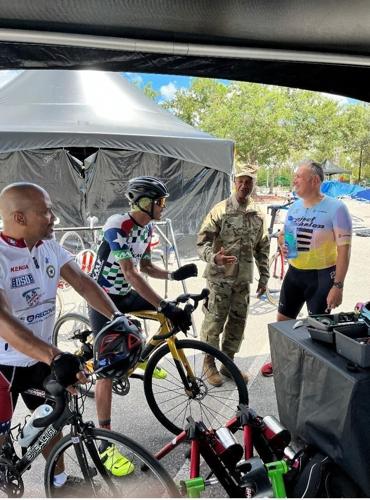 DoD’s Warrior Games celebrate the resilience and dedication of wounded, ill and injured active duty and veteran U.S. service members in an intense display of elite competition each year. This year’s Warrior Games were hosted by TRADOC, MEDCoE’s higher command.

Talley, who got the opportunity to present medals to event winners, was animated as he described how he and other spectators felt seeing the many displays of camaraderie and the teamwork between the different competitors as the games got underway.

“The fact that they [the athletes] are able to come together, in some cases working together and building teams for the first time, has been incredibly rewarding,” Talley explained.

During his visit, Talley also got to observe the planning and setup for several events, to include shooting, wheelchair rugby and cycling. Other adaptive sporting matches expected over the action-packed competition include powerlifting, indoor rowing, archery, wheelchair basketball and many more athletic events.

“The competition brings out the best in all of us, and you are seeing that here in Orlando, Florida,” Talley said.