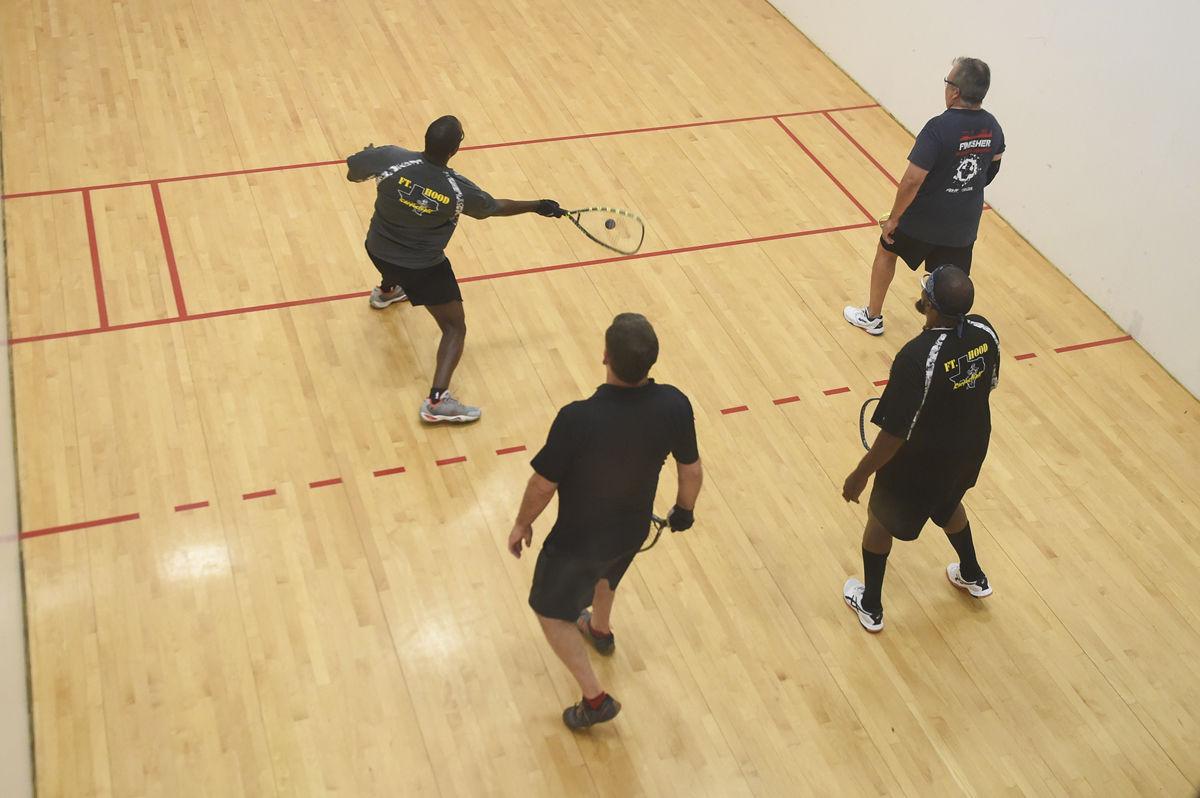 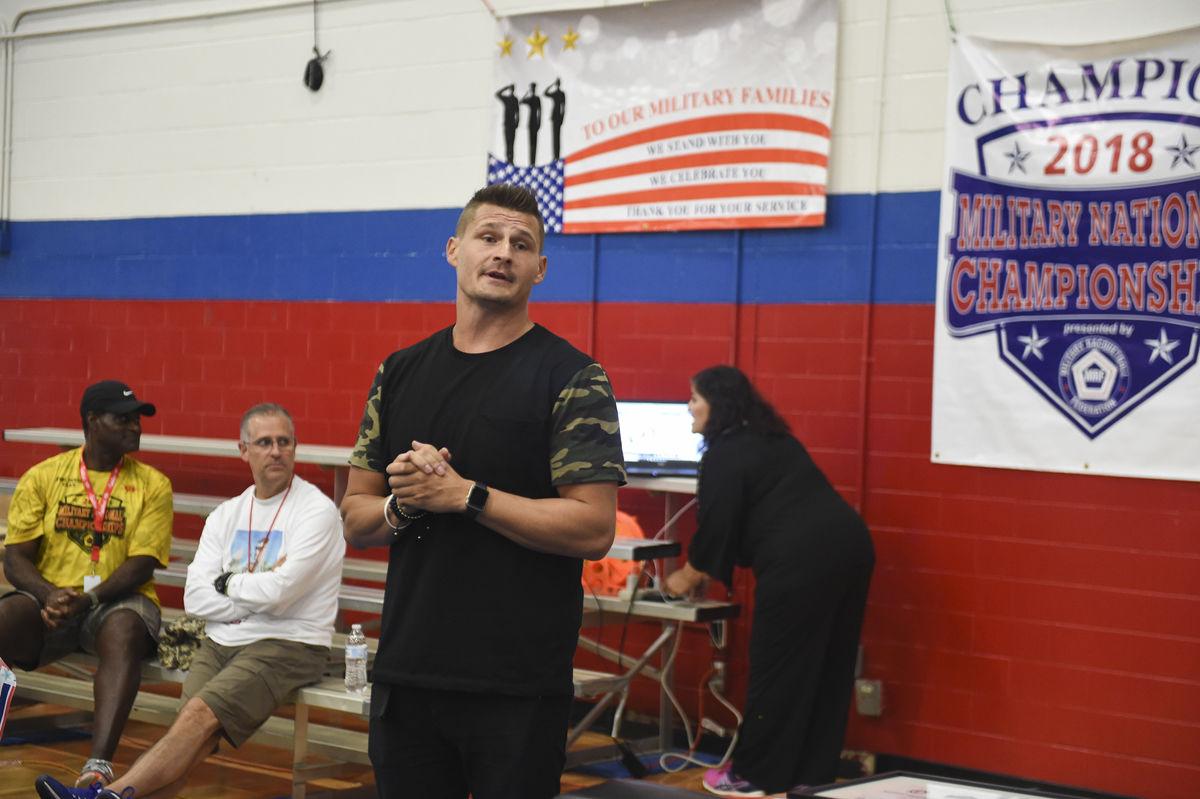 Kane Waselenchuck, the No. 1-ranked racquetball player in the world, was the special guest at the awards ceremony Saturday afternoon. 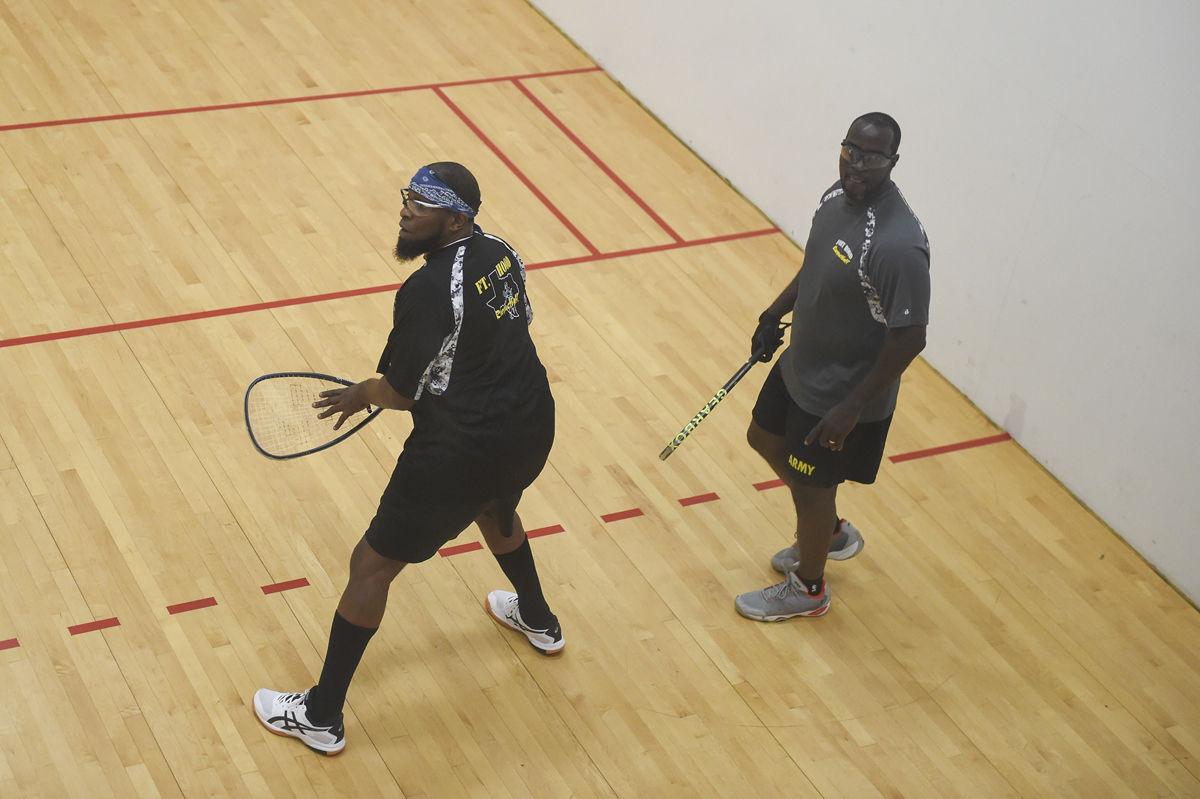 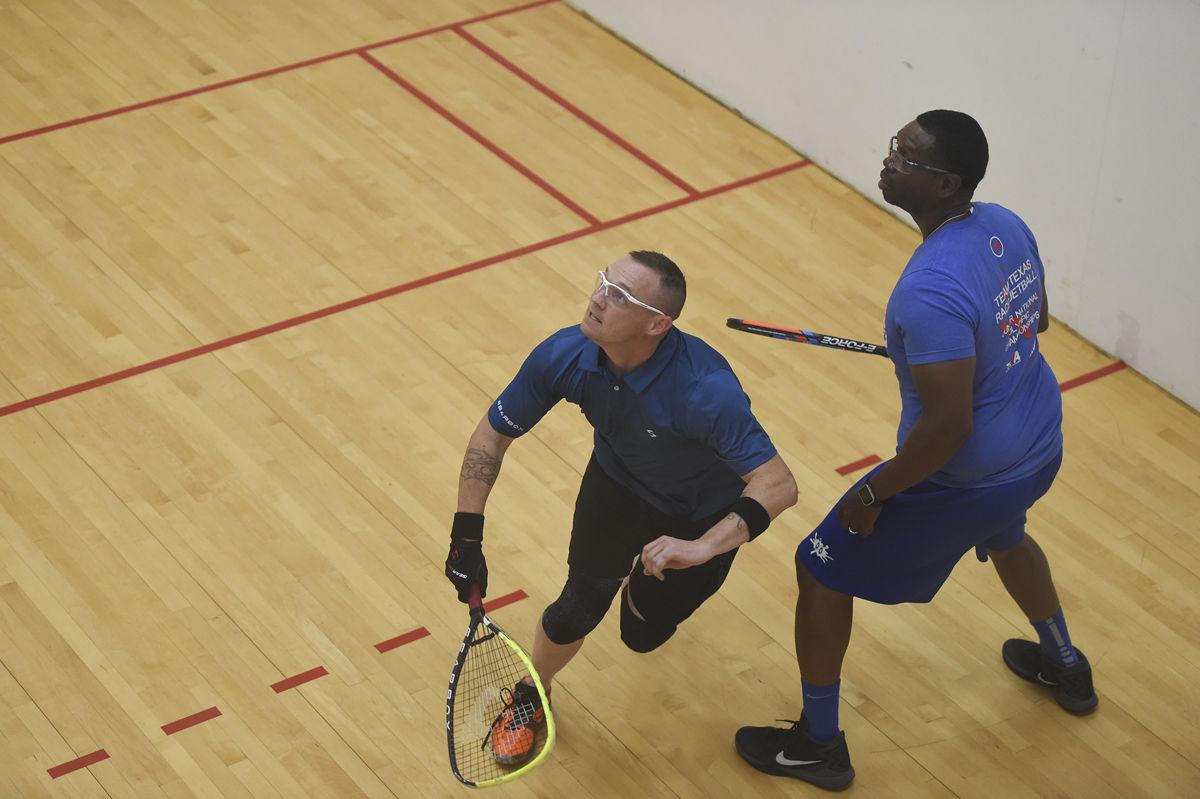 Kane Waselenchuck, the No. 1-ranked racquetball player in the world, was the special guest at the awards ceremony Saturday afternoon.

More than 60 retired military and active duty military racquetball players competed in the event, which lasted from Friday through Sunday. This is the first time in more than eight years that the tournament has been held outside of San Diego.

Abdus-Salaam, who retired from the Army as a sergeant first class in 2005, has been playing racquetball for more than 30 years. He also placed first in the Military Men’s Singles Elite division.

“I started playing at my first duty assignment when I was in Germany,” he said. “It was on a remote tac site and we had a racquetball court that was there – nobody knew what it was, I didn’t know what it was. A gentleman was playing, I asked him what the game was, he showed me and we started to play. I beat him the first game, I beat him the second game and I said I liked this sport.”

Abdus-Salaam has played in previous military championships held in San Diego, but he was happy that this year it was brought to the Great Place.

“I like it because it’s central,” he said. “It’s home for us, so having a home court and everybody coming to our home is really good.”

Emmou, who retired Aug. 1 as a master sergeant from the 69th Air Defense Artillery Brigade, also got his start playing racquetball while stationed in Germany in 1998. In addition to his second-place finish with Abdus-Salaam, Emmou also finished second in the Military Men’s Singles A division.

This was Emmou’s first time at the military championships.

As both players play with the Fort Hood club, they’re used to playing with and against each other on the court, so teaming together for the doubles competition was a no-brainer, Abdus-Salaam said.

“Because we know each other’s strengths and weaknesses and where we play at, so it makes it a lot easier, versus playing with somebody that you don’t know or normally play with – we get to train together before we come out here and do it,” he said.

Emmou was satisfied with his two second-place finishes, he said.

“It feels good for my first tournament,” he said. “I’m proud of myself. Maybe I’ll get first place next time.”

He said beating the fatigue of the multiple matches each day was the toughest part of the competition.

During the awards barbecue dinner on Saturday, the racquetball fans were treated to a meet and greet with Kane Waselenchuck, who has been ranked No. 1 internationally for the past 12 years and is considered the sport’s “greatest of all time.”