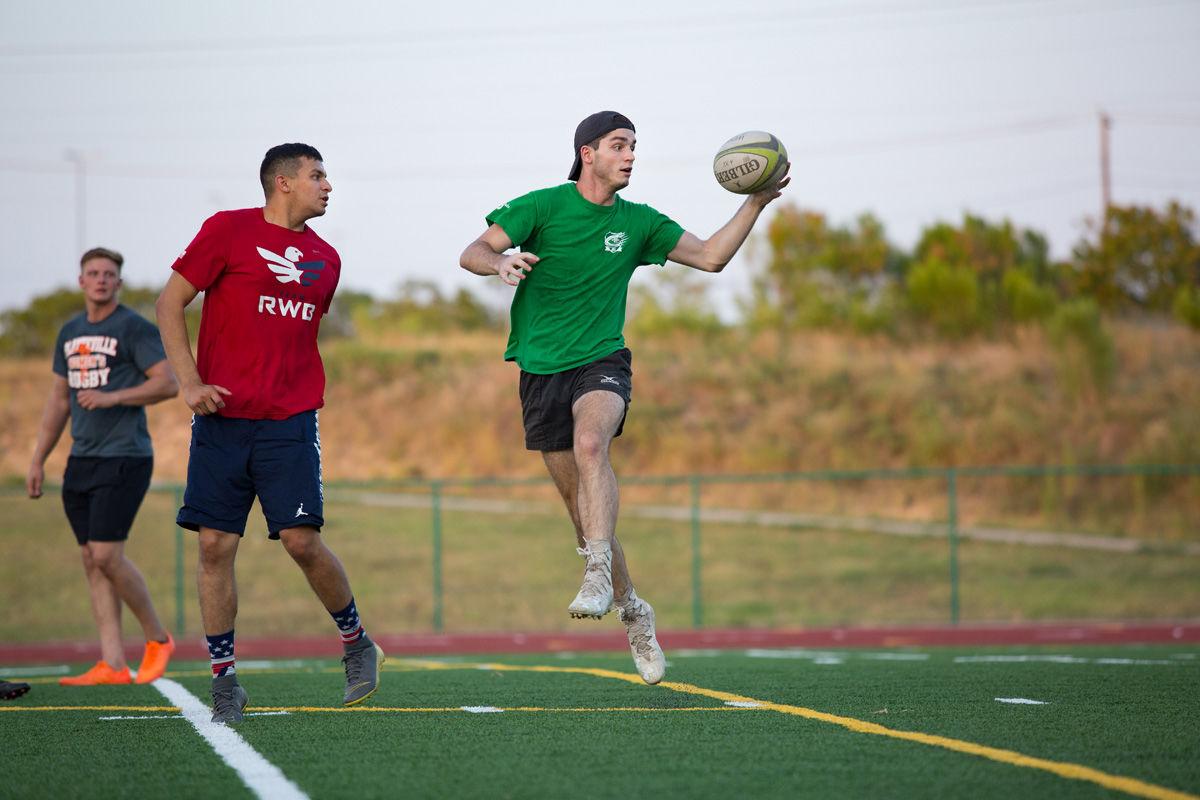 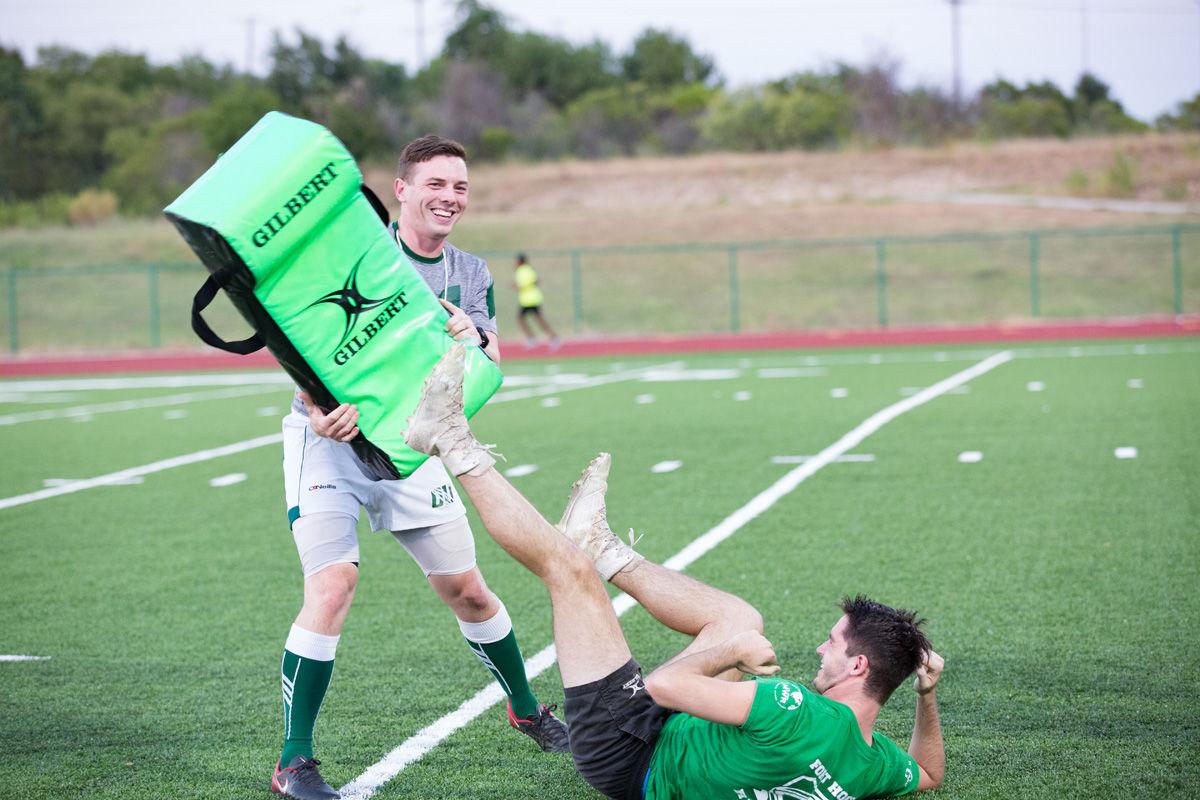 Head coach Capt. Austin Wyant and assistant coach/social media coordinator Connor Lydon goof off during a ruck drill at Hood Stadium Aug. 26. Anyone is welcome to join the rugby club. 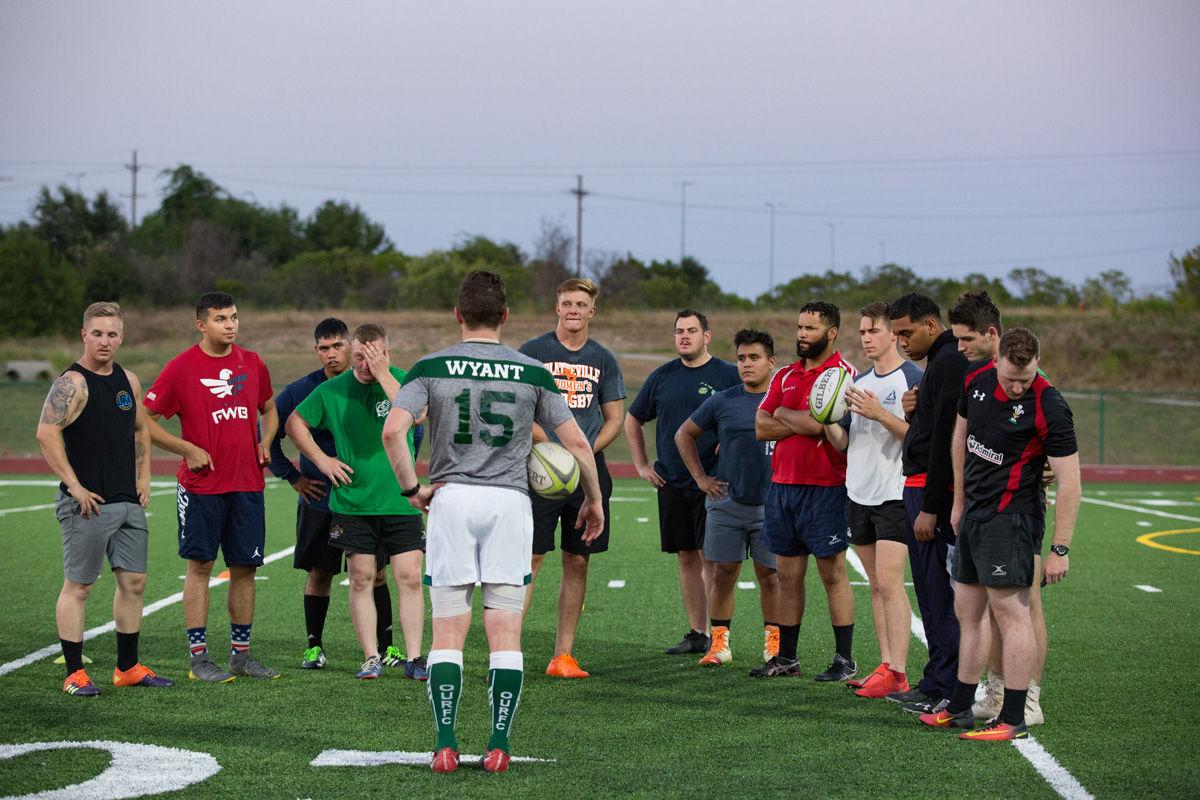 Head coach Capt. Austin Wyant and assistant coach/social media coordinator Connor Lydon goof off during a ruck drill at Hood Stadium Aug. 26. Anyone is welcome to join the rugby club.

Though rugby usually is written off to be just like American football, minus the pads, it has elements and a camaraderie that make it unique.

Spc. Jake Christman, Company A, 8th Brigade Engineer Battalion 2nd Armored Brigade Combat Team, believes that rugby is different from football in that it is less of an individual game.

“Rugby is really a team sport where I feel football is more of an individual sport. The quarterback makes a good throw and the receiver makes the touchdown and they both get praised for it,” Christman said. “Nobody’s like, ‘Hey, the guy that snapped the ball did a good job picking up his block.’ With rugby, if one person scores, the whole team scores. They give everybody credit.”

Christman was surprised by how tightly knit the rugby community is and the support that it offers.

Connor Lydon is a Texas A&M – Central Texas student and assistant coach/social media coordinator for the rugby club. He has participated in many sports in his lifetime, but rugby is the most physical game he’s played, yet injuries are minimal.

“When I’m tackling somebody in football, I have protection so I’m going to throw myself at them not really caring about what’s going to happen after that. If I do that in rugby, it’s going to hurt me more than it hurts them,” Lydon said. “I want to tackle them in a way and put my body in a way in front of them, but also in a way that protects myself. It’s more structured – there’s more rules around it. I think the minimal injuries really kind of surprised me.”

“It give them something to do in their free time. It helps get them out of the norm and find some friends,” Stroud said. “Rugby is a lot more than a sport. It’s family oriented.”

Anyone is welcome to join the rugby club. Women can join as well. The coaches are very knowledgeable and enjoy teaching the game to new people.

Head coach Capt. Austin Wyant 2nd BCT, learned the game in Australia and coached a rugby team at a Division II college. He enjoys the international cohesion that rugby players have.

“I’ve been all over the place – Oklahoma to Australia – and you find no matter where you go it’s like a single culture around the entire sport,” Wyant said. “You could be in Tokyo, Japan, and you’re going to find rugby players that have a similar mentality.”

The camaraderie amongst the club members is unlike that of any other sport. The members of the Fort Hood Old Skool Rugby Club truly are a family.

“If somebody wants to come out and win, be part of a brotherhood and have a good time that’s what we’re here for,” Lydon said.

For more information visit their Facebook page at https://www.facebook.com/forthoodrugby.