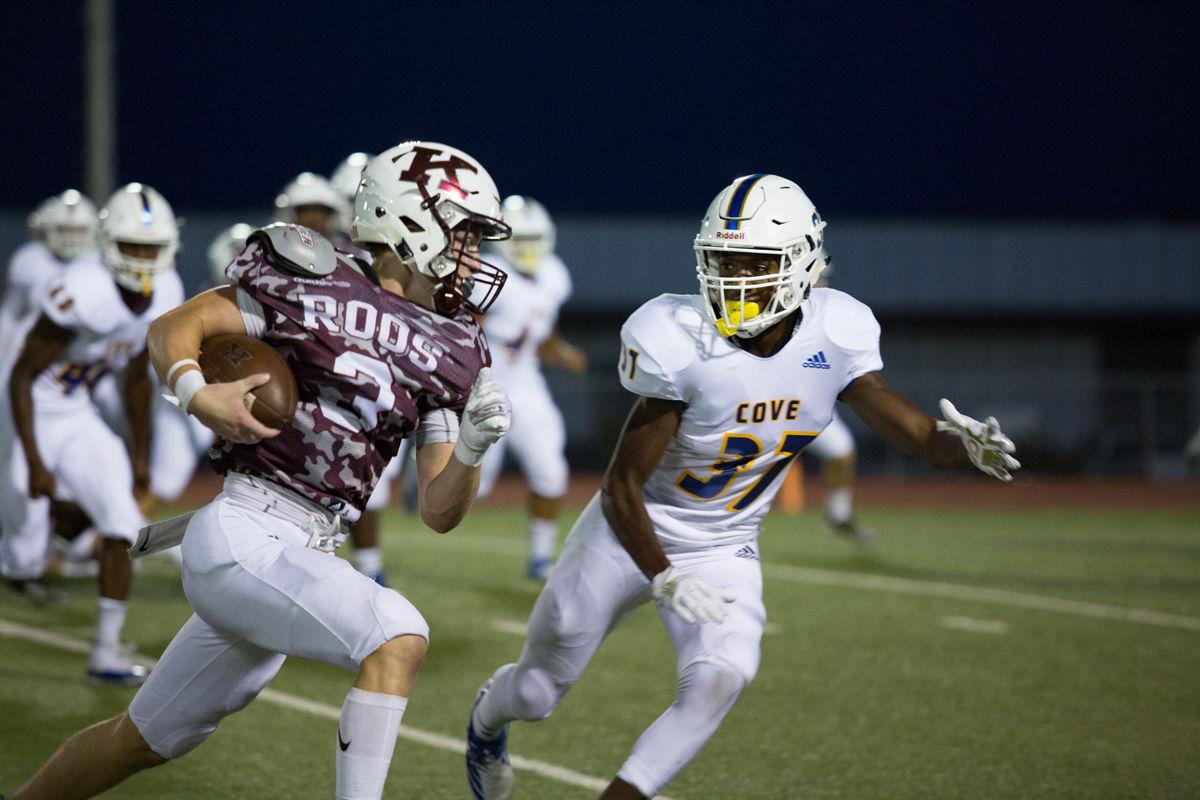 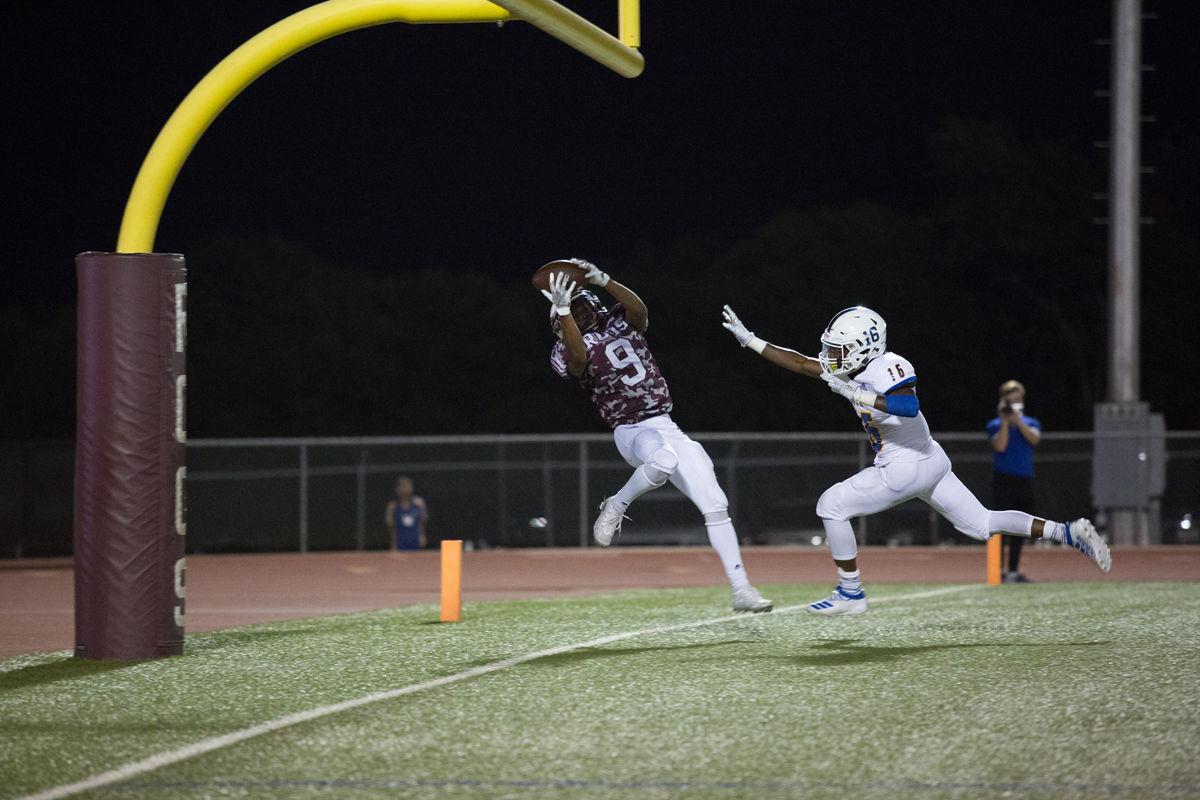 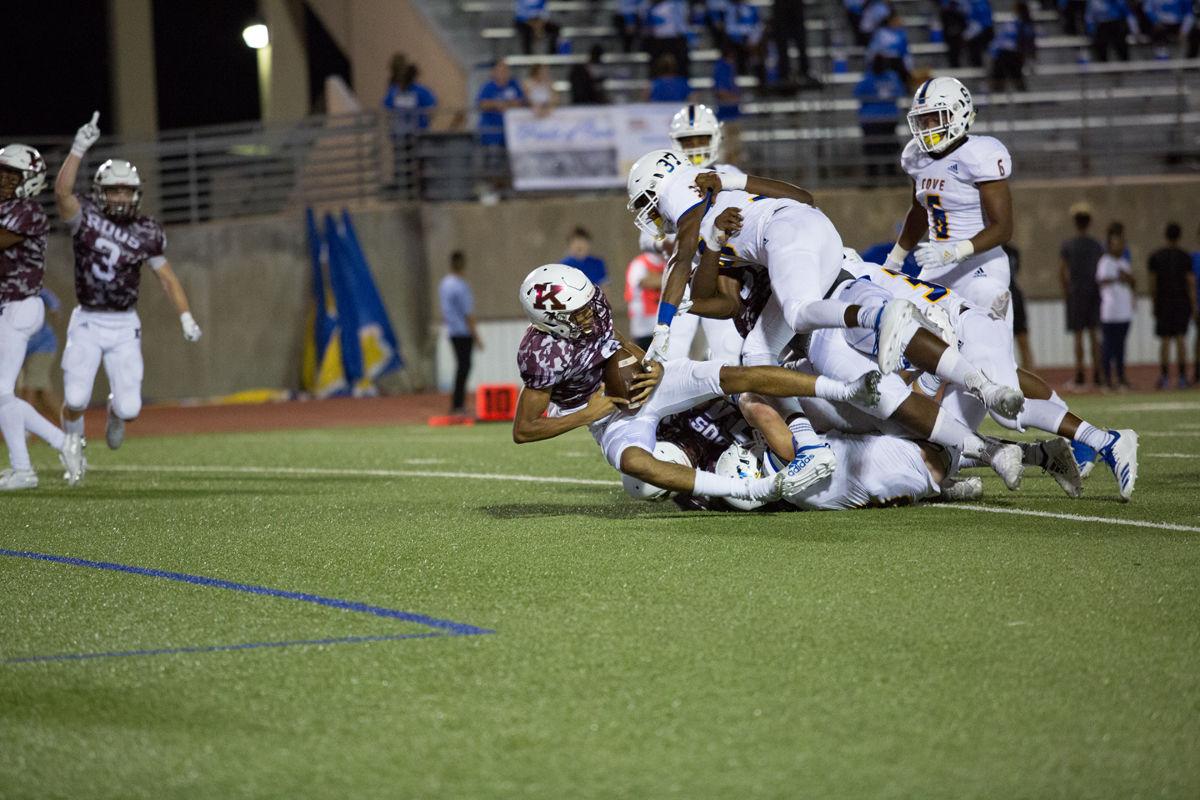 Killeen junior defensive back Jayden Hill, pushes through into the end zone scoring for the Roos at the Killeen versus Copperas Cove game Friday. 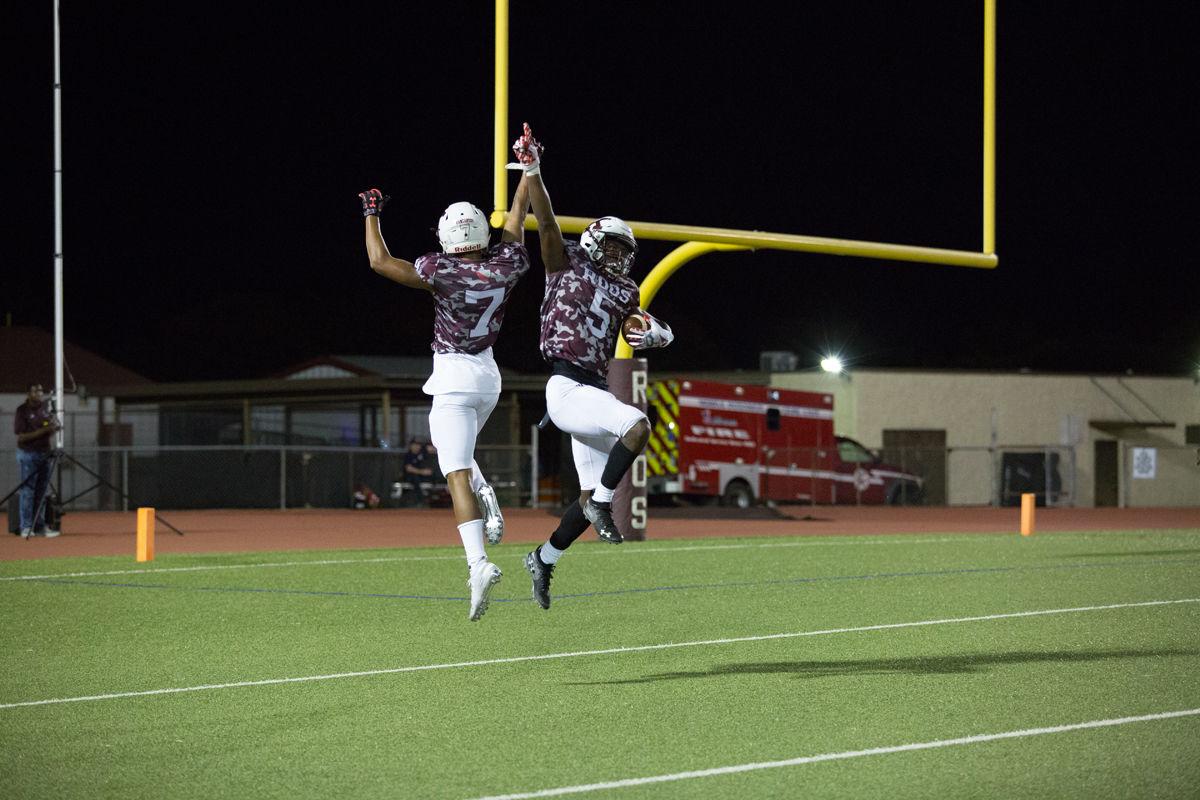 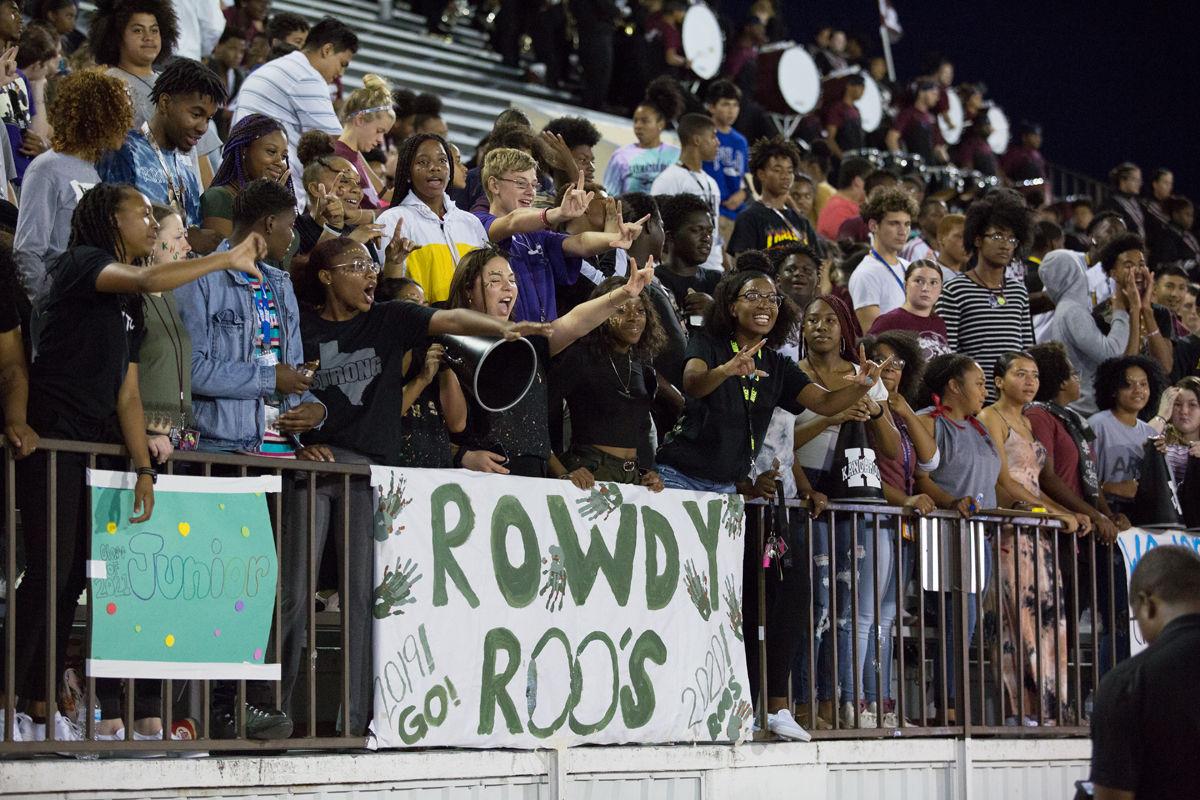 Killeen’s student section getting rowdy for a news camera at the Killeen versus Copperas Cove football game In Leo Buckley Stadium Friday.

Killeen junior defensive back Jayden Hill, pushes through into the end zone scoring for the Roos at the Killeen versus Copperas Cove game Friday.

Killeen’s student section getting rowdy for a news camera at the Killeen versus Copperas Cove football game In Leo Buckley Stadium Friday.

KILLEEN — The Killeen Kangaroos showed persistence Friday in Leo Buckley Stadium securing their first win of the season against the Copperas Cove Bulldawgs 37-34.

During this game, spectators saw more flags than one would see at Fort Hood in a lifetime, especially during the second half. Despite this fact, Killeen fought hard and made big plays over and over to secure their first win of the season.

Killeen Head Coach Neil Searcy was beyond proud of how much resilience his players showed through each challenge that was thrown their way.

“I’m just so proud of my kid’s effort,” Searcy said. “In the previous three games, we felt like we played two quarters pretty decent and then the other quarters not, so we’ve been harping on playing 48 minutes of football and tonight we did that. It payed off for us, we ended up getting a win.”

The Roos came out kicking in the first half with a 64-yard pass from Killeen senior quarterback James Terry to junior wide receiver Kadarius Marshall, who scored four touchdowns throughout the game.

Though they came out strong a couple of fumbles in the second quarter allowed the Bulldawgs to gain momentum making the score 22-15, Killeen, at halftime.

The Bulldawgs came out with the same momentum they left the field with at halftime scoring two touchdowns in the third quarter.

Despite questionable flags on many of their big plays, in the second half, the Roos refused to give up and played even harder.

Many players stepped up and were willing to go above and beyond. One of those players was Killeen junior defensive back Jayden Hill who was asked to play a little bit of offense toward the end of the game.

“I was practicing all week,” Hill said. “They told me be ready. When it was time for me to go, I was ready.”

He definitely was ready, delivering the pigskin to the end zone two times, in the second half though one of them was called back.

Hill was humble and was sure to give credit to his teammates for their help on making those game changing plays possible.

Though Searcy is proud of how his team handled every twist and turn that came their way he still believes there are things that they could have done better.

“We cut down some of the mistakes and we were able to overcome some of them tonight,” Searcy said. “We have to cut out the turnovers and the silly penalties and those kinds of things. We’ve got to cut that kind of stuff out.”

Killeen also celebrated the men and women of the military who make it possible for them to come out under the lights on Friday night and play the game they love.

“To be able to have military appreciation night and to come through and win a game, a hard-fought game like those guys do, they fight hard every day for us and to be able to get a win in front of the servicemen is awesome,” Searcy said.

Hill also was proud to have played a great game for some great people.

“It feels amazing to show out in front of the people that serve my country,” Hill said.

This week Killeen will take on the Harker Heights Knights in Leo Buckley Stadium. Kickoff is at 7:30 p.m.