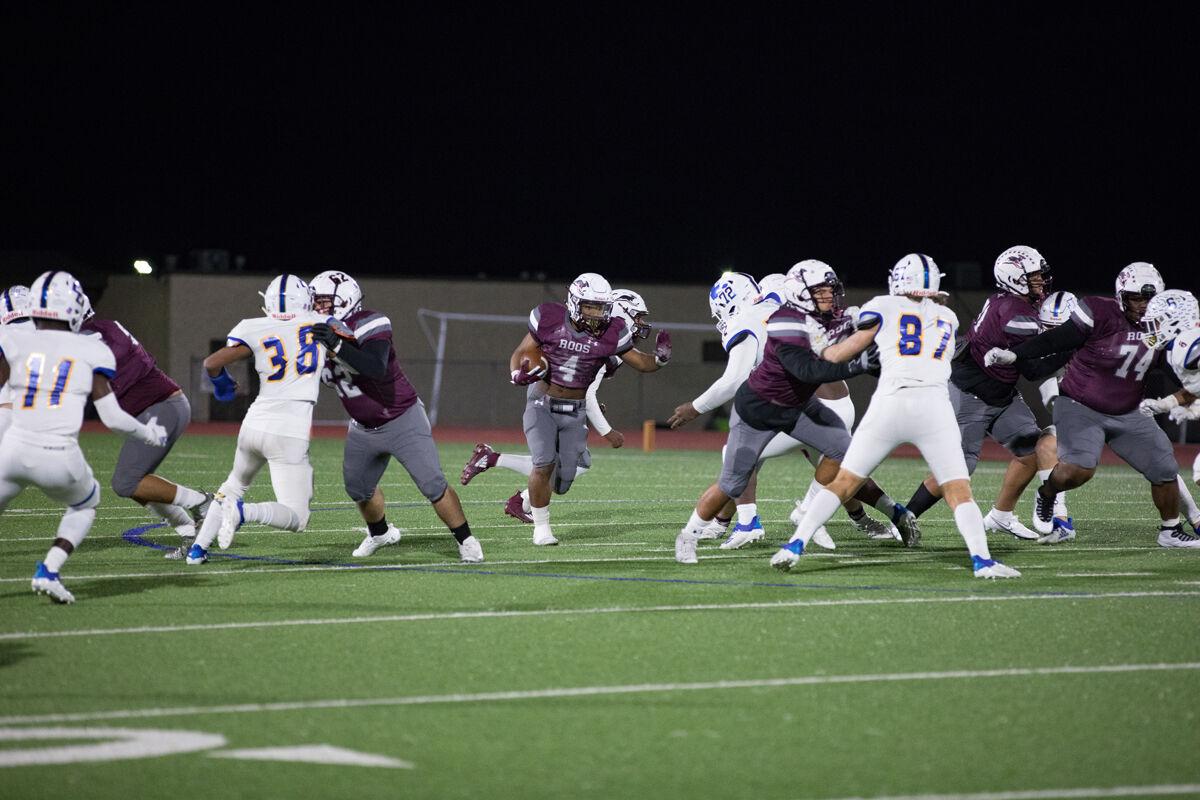 Killeen senior running back Shemar Cheever (4) runs toward the end zone through the Bulldawgs defensive line in Leo Buckley Stadium Friday. The Roos beat the Bulldawgs 35-7 in the final game of the season. 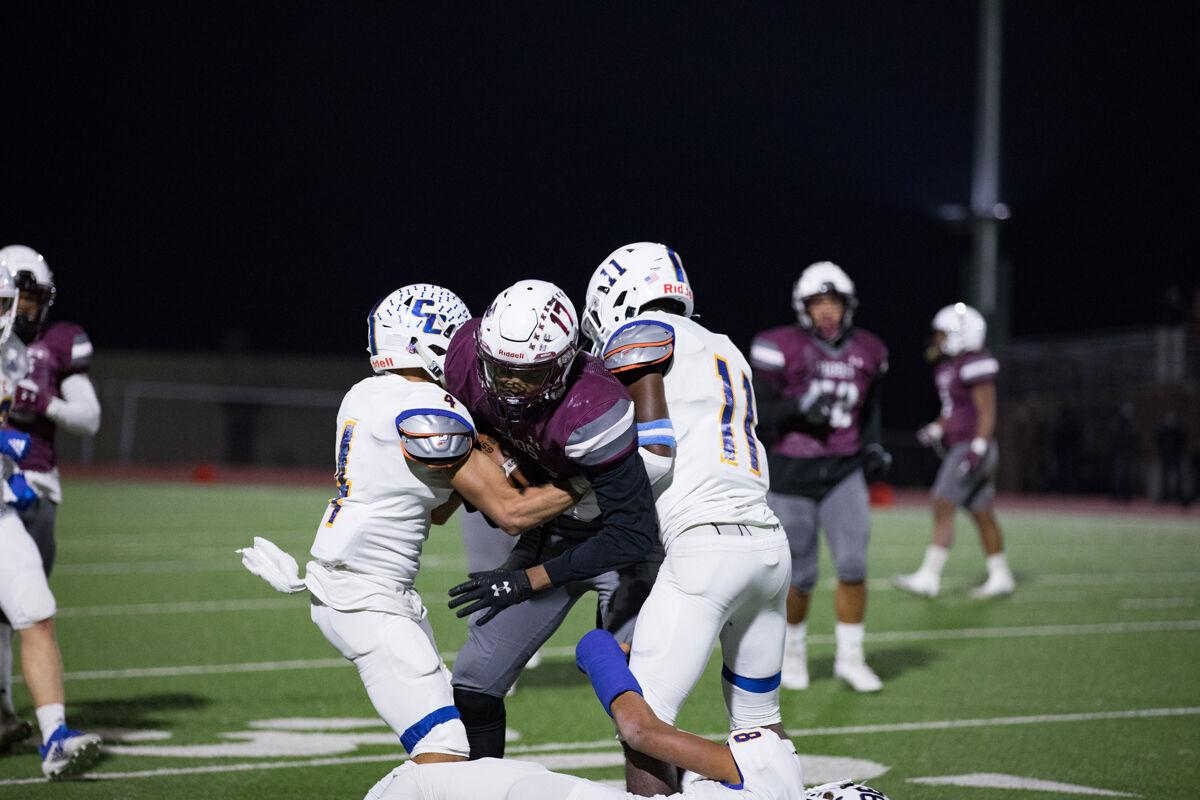 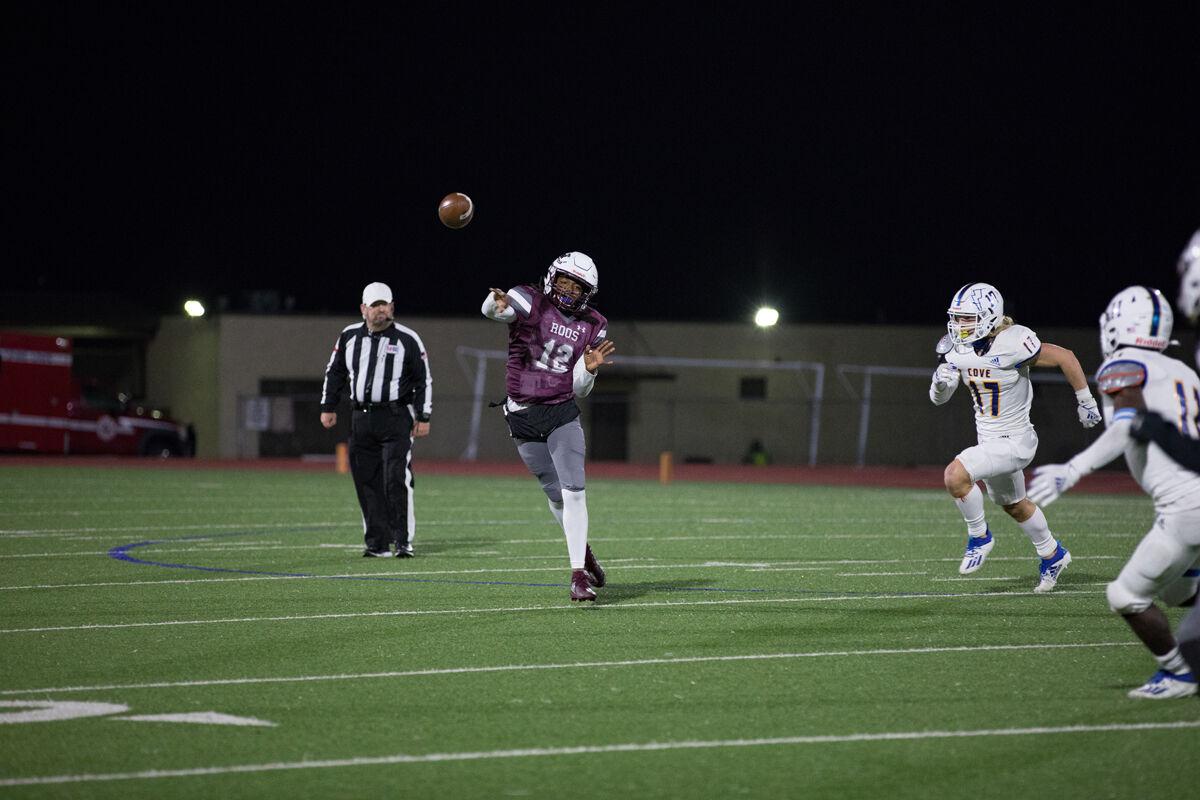 Killeen senior running back Shemar Cheever (4) runs toward the end zone through the Bulldawgs defensive line in Leo Buckley Stadium Friday. The Roos beat the Bulldawgs 35-7 in the final game of the season.

Friday, the Killeen Kangaroos defeated the Copperas Cove Bulldawgs 35-7 in their final game of the season in Leo Buckley Stadium.

This particular game was supposed to be played Nov. 6, but it was postponed due to COVID-19 issues on the Copperas Cove side. Though the game didn’t affect the playoffs in any way, the Roos were determined to come out on top and earn their sixth win in a row over the Bulldawgs.

“It feels great,” Killeen head coach Neil Searcy said. “To end on a win is always a good thing.”

He was happy the graduating players could end their season on a good game and wants to use the momentum from this game to jump into next season.

The Roos definitely came out with a bang, scoring all five of their touchdowns in the first half. Their defense also only allowed the Bulldawgs one touchdown. Though they couldn’t get past the Bulldawg’s defense in the second half, Coach Searcy was happy with their overall effort.

“Any win we can get is great. It’s always good to beat Cove. I’ve been around Killeen for a long time and Cove, in the early 2000’s, was getting the best of us for a while. Tonight was number six in a row for us beating Cove, and we’re happy about that, and hopefully we can keep that streak alive.”

Looking back on the season, Searcy was glad to have been able to play a full season with all of the complications COVID caused.

“There were a lot of days where I didn’t think it was going to happen. For us to be able to play a season, when we started, and get through a whole football season was something special,” he said. “I’m glad these kids, these seniors, had the opportunity to play their senior season of football. For a while it didn’t look good, but they got the opportunity to finish … and I’m happy for them.”

Moving forward, the win made Searcy feel more confident about the future of Rowdy Roo football.