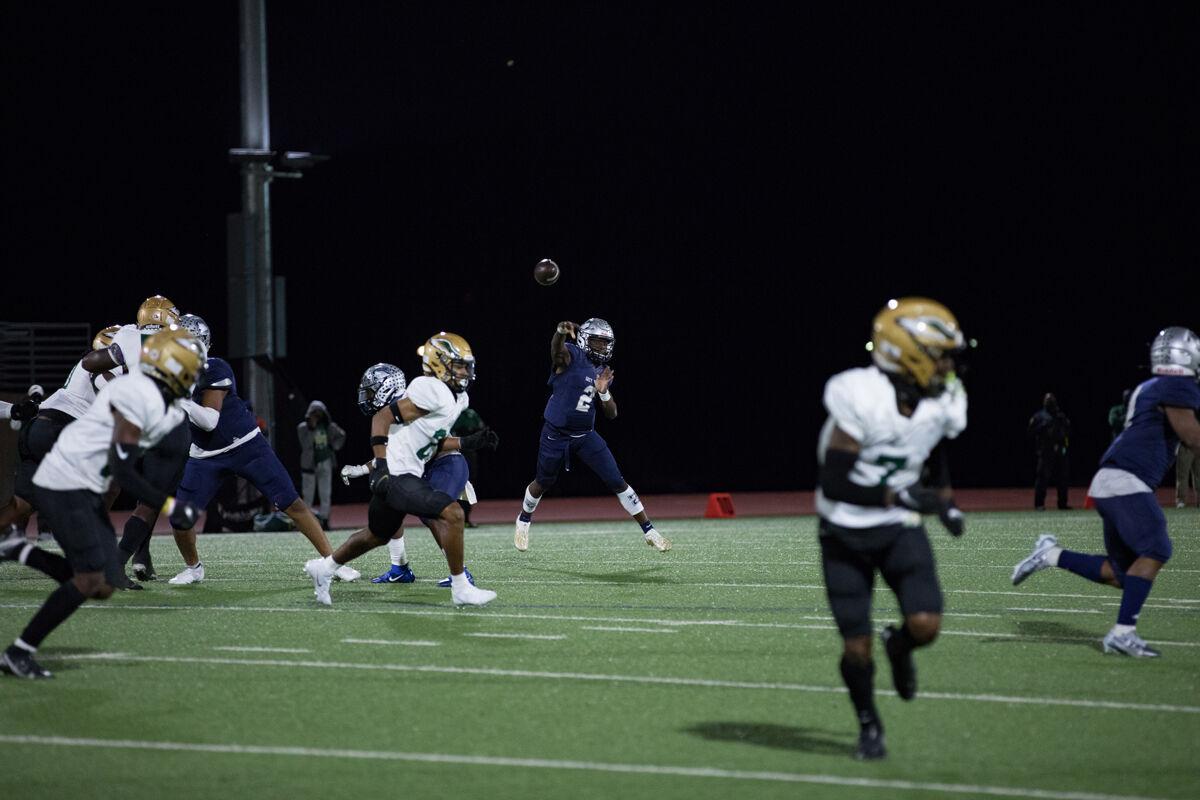 Shoemaker senior quarterback Ty Bell (2) throws to a receiver Dec. 10 in Leo Buckley Stadium during the Shoemaker versus DeSoto round one playoff game. The Grey Wolves fell to the DeSoto Eagles 57-32. The DeSoto defense dominated Shoemaker for the majority of the game. 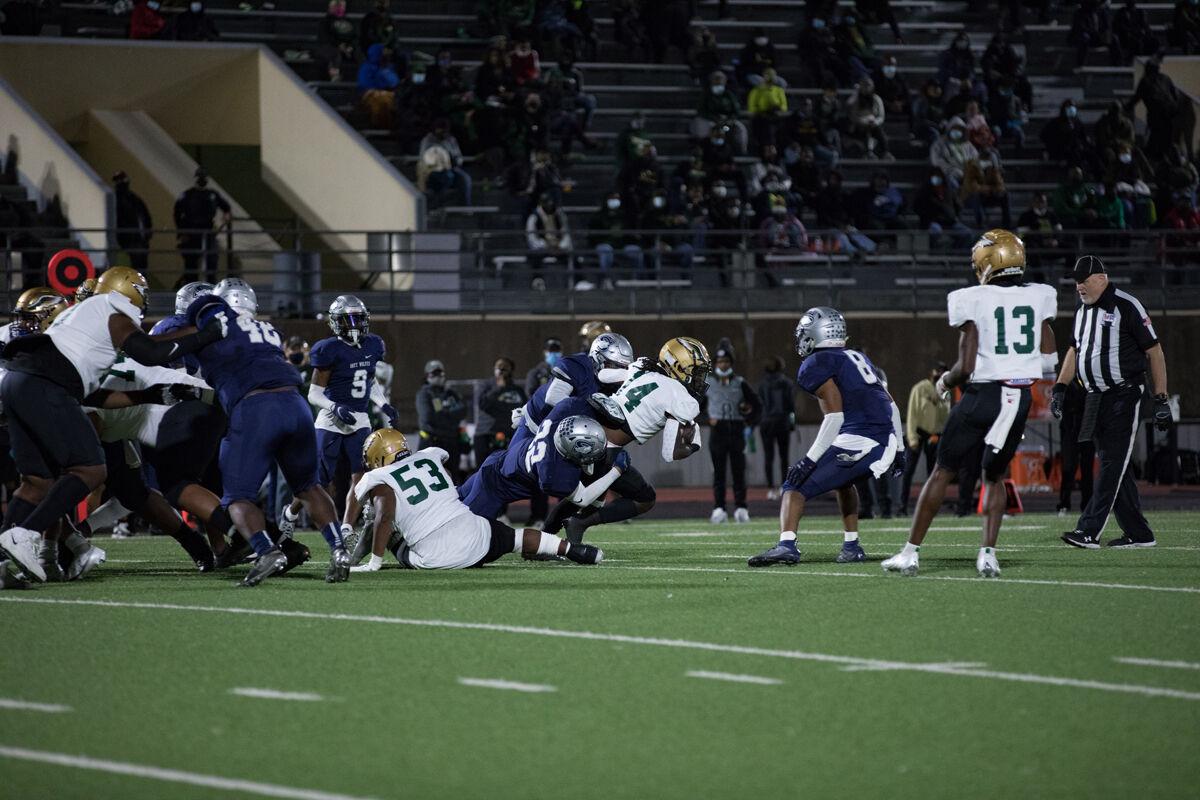 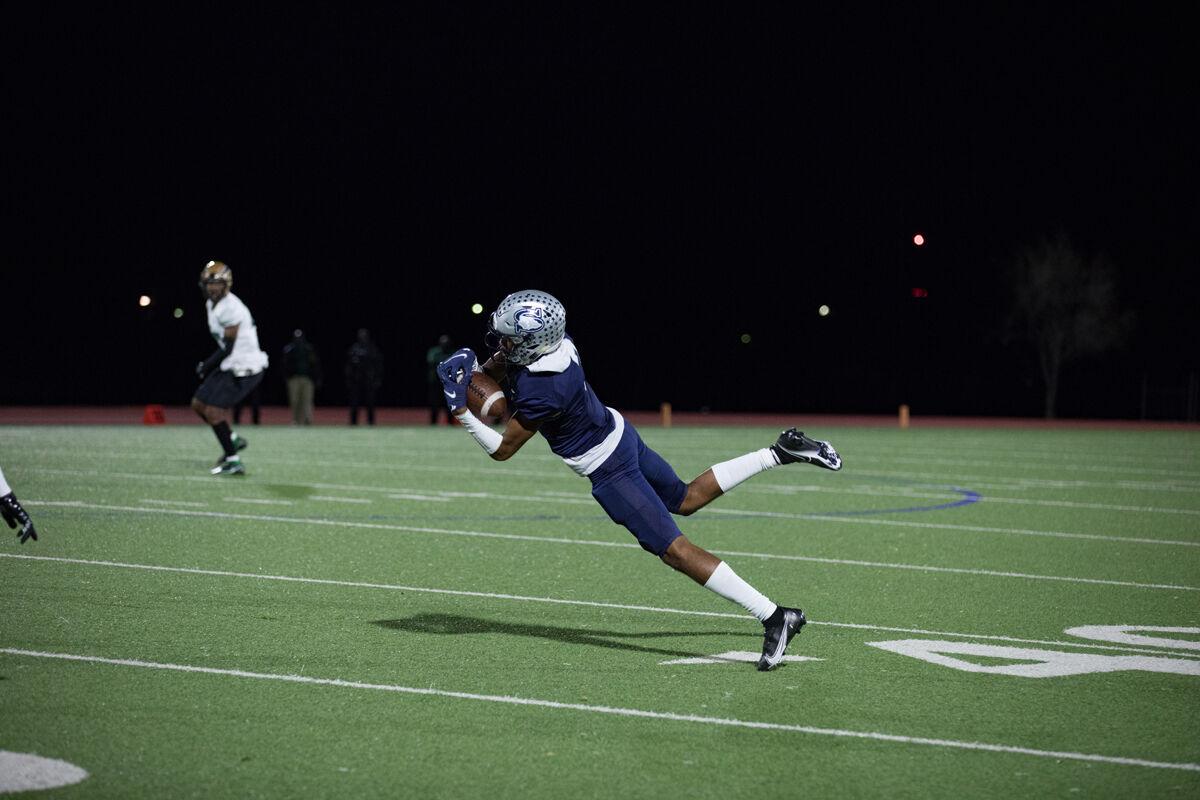 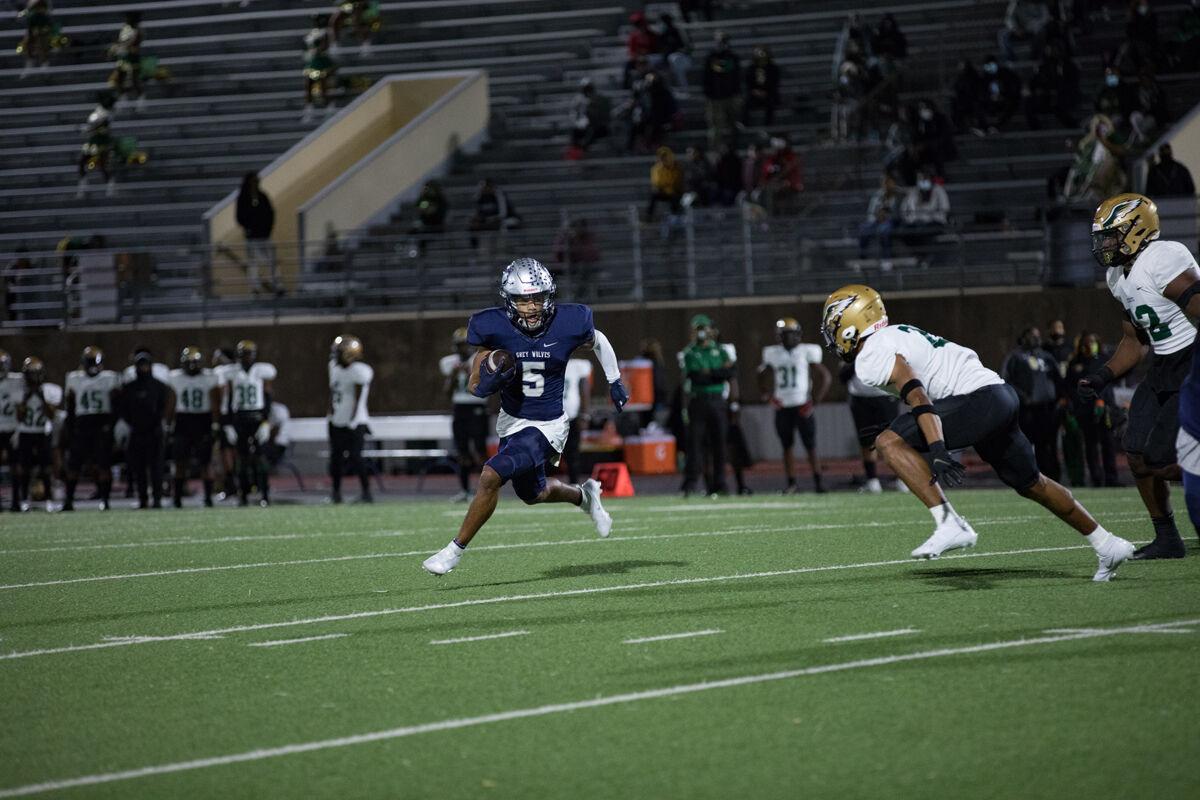 Shoemaker senior quarterback Ty Bell (2) throws to a receiver Dec. 10 in Leo Buckley Stadium during the Shoemaker versus DeSoto round one playoff game. The Grey Wolves fell to the DeSoto Eagles 57-32. The DeSoto defense dominated Shoemaker for the majority of the game.

KILLEEN — Shoemaker went down swinging Dec. 10 in Leo Buckley Stadium where they fell to the DeSoto Eagles, 57-32, in the first round of the playoffs.

“That’s a tough opponent right there.” Shoemaker head coach Toby Foreman said about DeSoto. “That’s probably the best defensive front that I’ve ever seen together. I know it’s the best I’ve ever coached against. It was extremely tough to run the ball and throw the ball just because they were so dominant up front on defense.”

It was the first time in several years that a playoff game had been hosted at Leo Buckley Stadium and Foreman was happy to have the opportunity and was proud of the Grey Wolves’ resilience.

“There’s a bunch of people that wanted to be playing tonight, but they aren’t. Our guys never backed down, we never quit playing, we played hard (and) we played fast. I didn’t back down from them,” he said. “I tried to get the momentum early, we had it for a second (but) once they had it – once they get up by multiple touchdowns, you’re in trouble. That’s a juggernaut right there, and we didn’t have a lot of answers for their number ones on defense.”

By the fourth quarter the score was 57-10, but Shoemaker managed to score three more times getting their final score up to 32.

Looking back at all of the obstacles COVID-19 put in their way, Coach Foreman was happy to have finished the season.

“I never thought in a million years that we’d have a chance to get a season in, much less playoffs, even though it was one round. I’m glad, thankful, that these kids had the opportunity to showcase their talents their senior year, junior year, sophomore year, because these kids have earned it,” he said. “A varsity football season is an unforgettable thing. They’ll remember this year always. This was an extremely tough year … but bottom line is they came to work, and they did what we asked them to do and they got better.”

He is looking forward to the future and plans to continue building on the program that the seniors will have to leave behind.

“You end up with three loses on the year, a playoff berth, second place in district… that group has won 15 games in the last two years. That has never been done in the history of the program. We don’t lose much here because we play a lot of games here, but I’m extremely proud of those seniors,” he stated. “I’m extremely proud of what they’ve done for the program, and what they’ve meant to the program for us moving forward. We had middle school kids, we had freshmen, we had sophomores and juniors on the sideline tonight that want to carry the torch, and they want to bump it up even more. That’s what you want when you’re building a program and we’re building a program.”