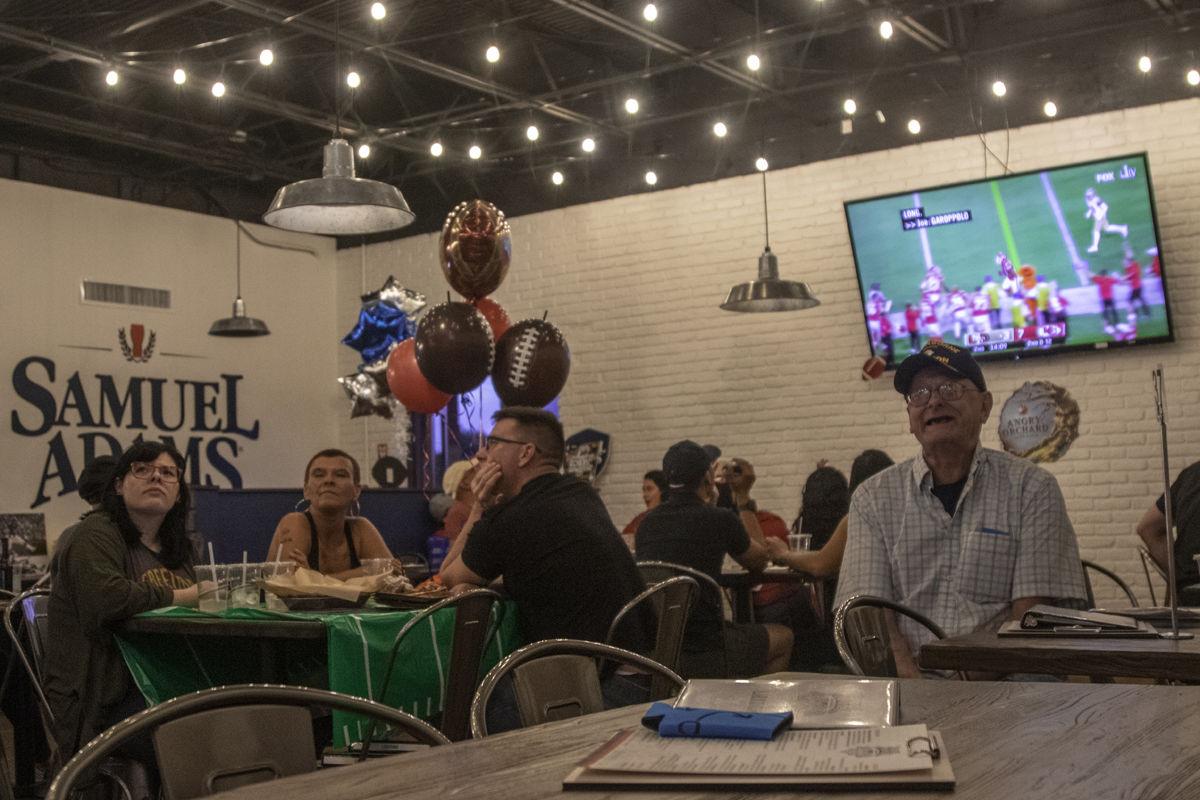 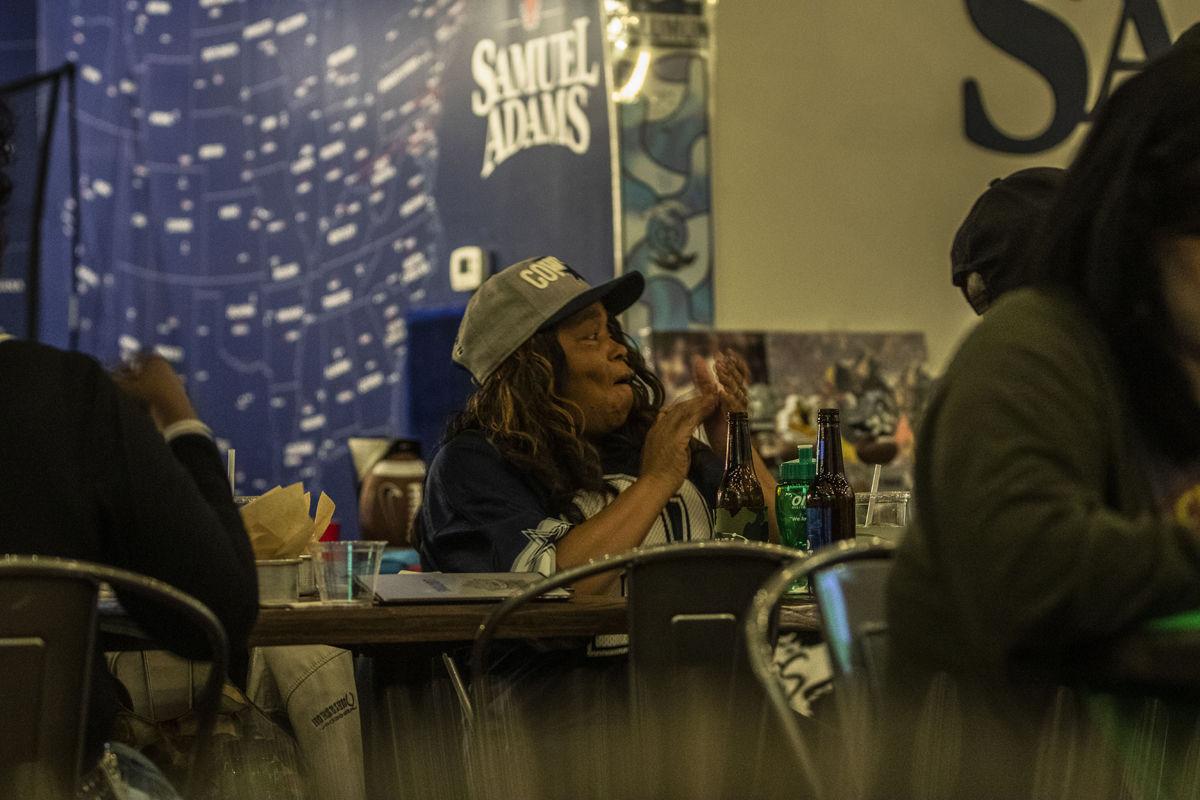 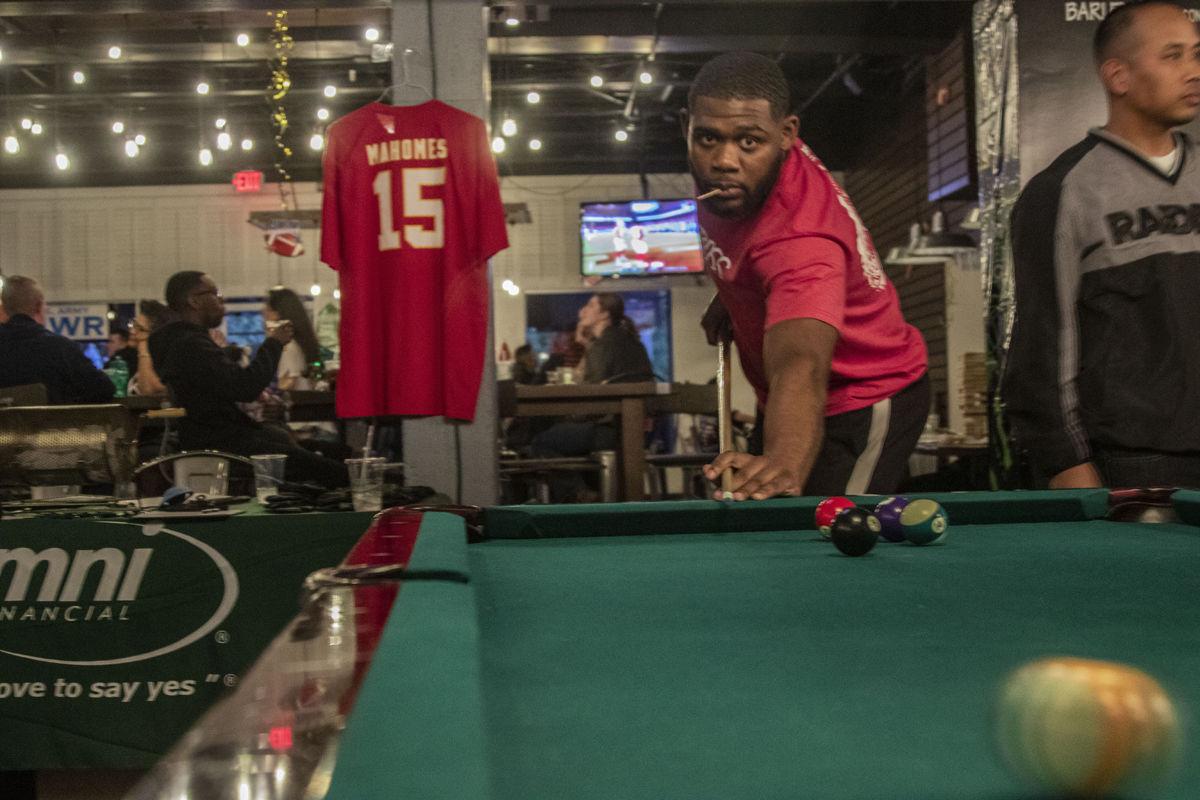 Football fans gathered at the Samuel Adams Brewhouse on Sunday to watch the San Francisco 49ers and the Kansas City Chiefs duke it out over the coveted Super Bowl LIV trophy.

Better Opportunity for Single Soldiers partnered with Fort Hood’s Directorate of Family and Morale, Welfare & Recreation to host a Super Bowl Watch Party for families and single Soldiers to come out and enjoy the game in good company.

“These events are what attracted me to BOSS in the first place,” Cpl. Zack Smiley, BOSS president, said. “There’s nothing worse than being cooped up in the barracks with nothing to do, and the goal of BOSS is to make sure Soldiers’ always have something to look forward to.”

The Super Bowl Watch Party not only had football, but free buffet-style food, raffles, 8-ball pool and even water pong tournaments.

Myron Prescott, like Dak Prescott, he says, is a life-long Cowboys fan. He was bummed that Dallas was not playing in the Super Bowl, but that didn’t stop him from showing up to have a good time.

“We have Omni Financial Group sponsoring the event, who is doing a raffle that’ll give Soldiers the chance to win several different prizes,” Smiley said.

Omni gave away San Francisco 49ers and Kansas City Chiefs hats and T-shirts, as well as a coupon book for 12 free haircuts at any barber on post.

Bretado spends all year traveling around Texas in his free time, going to meet and greets, where he convinces professional NFL players to give him signed memorabilia. Rather than trying to make a quick buck on the merchandise, Bretado gives these items back to Soldiers and their family members.

“I meet (the players) in-person, we’ll add each other on Facebook, and the next thing you know a professional NFL player is sending me a hundred signed pictures in the mail,” Bretado said.

Bretado raffled off pictures, helmets, jerseys and other memorabilia all signed by professional NFL athletes at Sunday’s event.

This is the second year Samuel Adams has hosted a Super Bowl Watch Party, and they plan to keep the tradition going.

“I’ll be back next year,” Prescott said, “watching my Cowboys take home another Super Bowl trophy.”