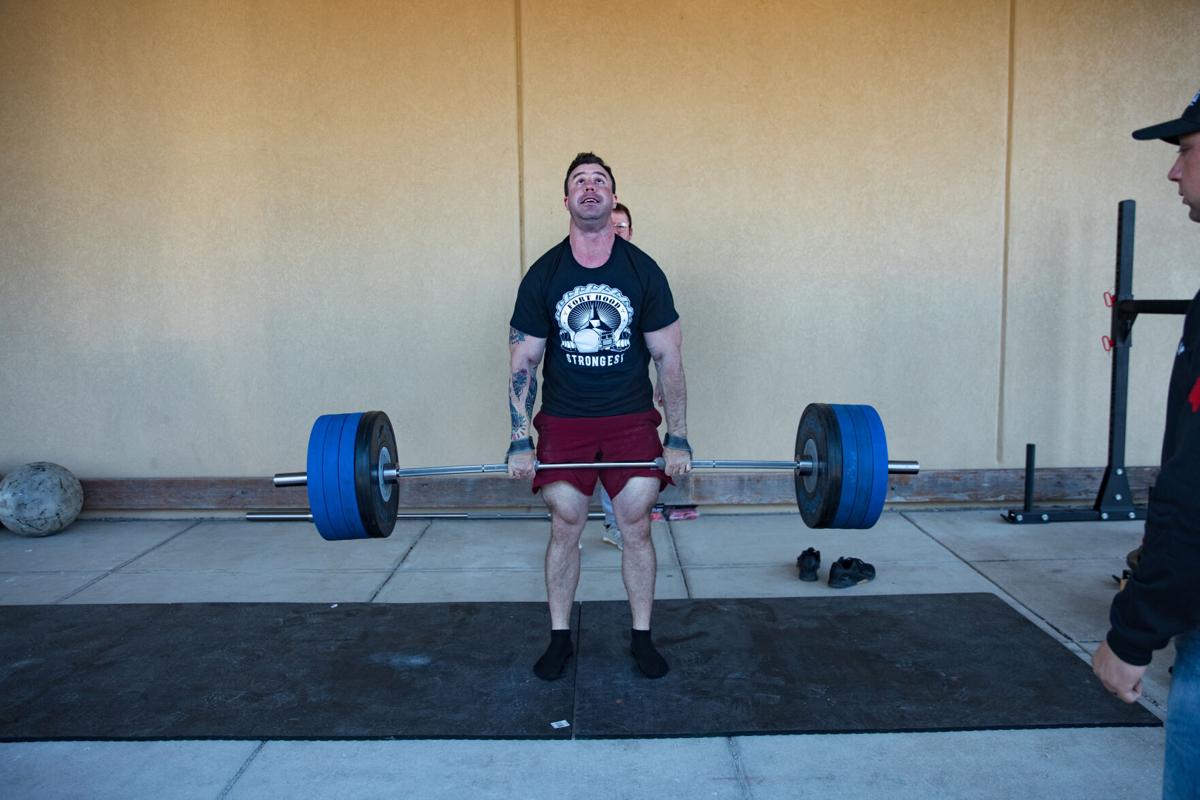 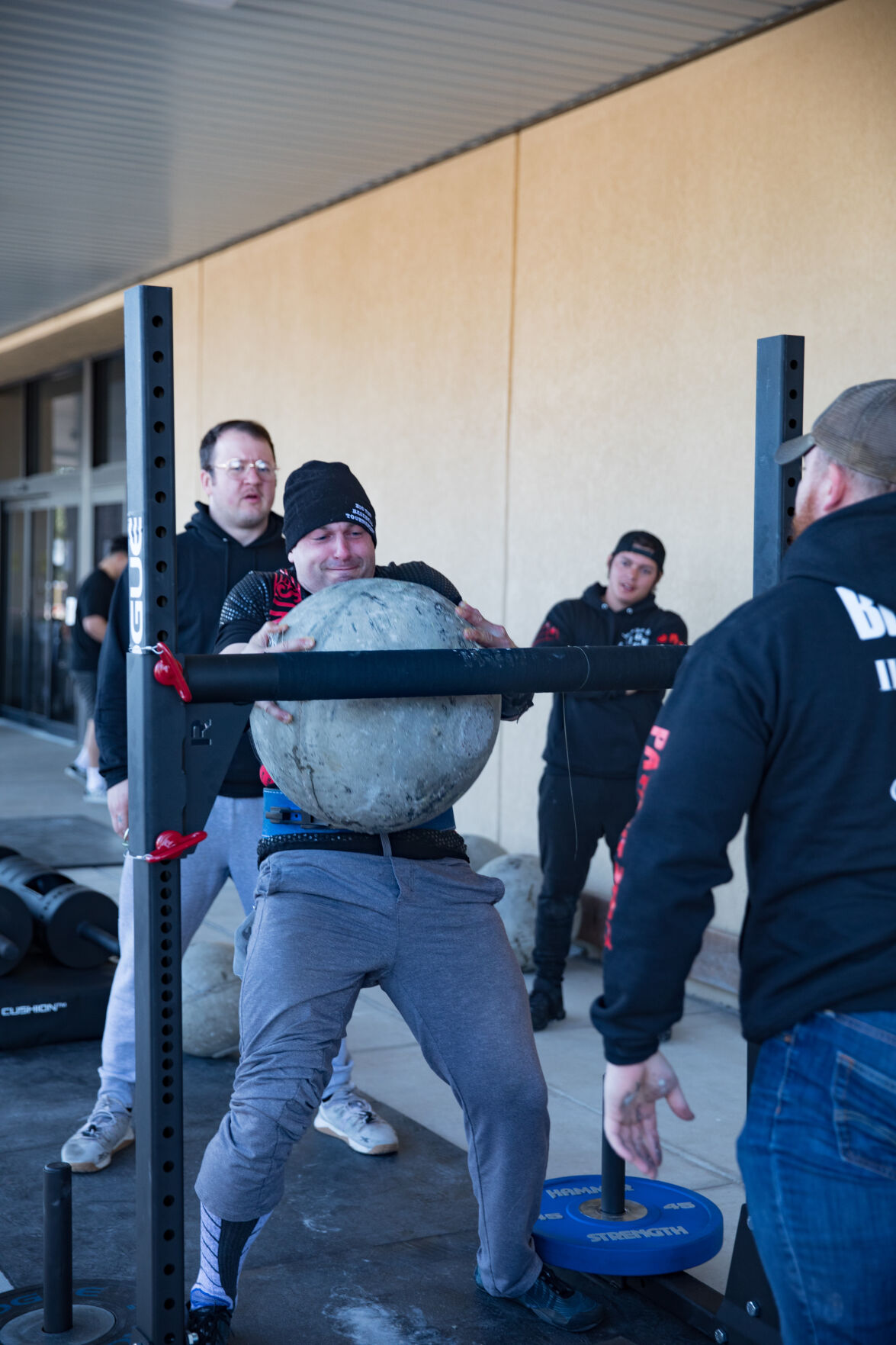 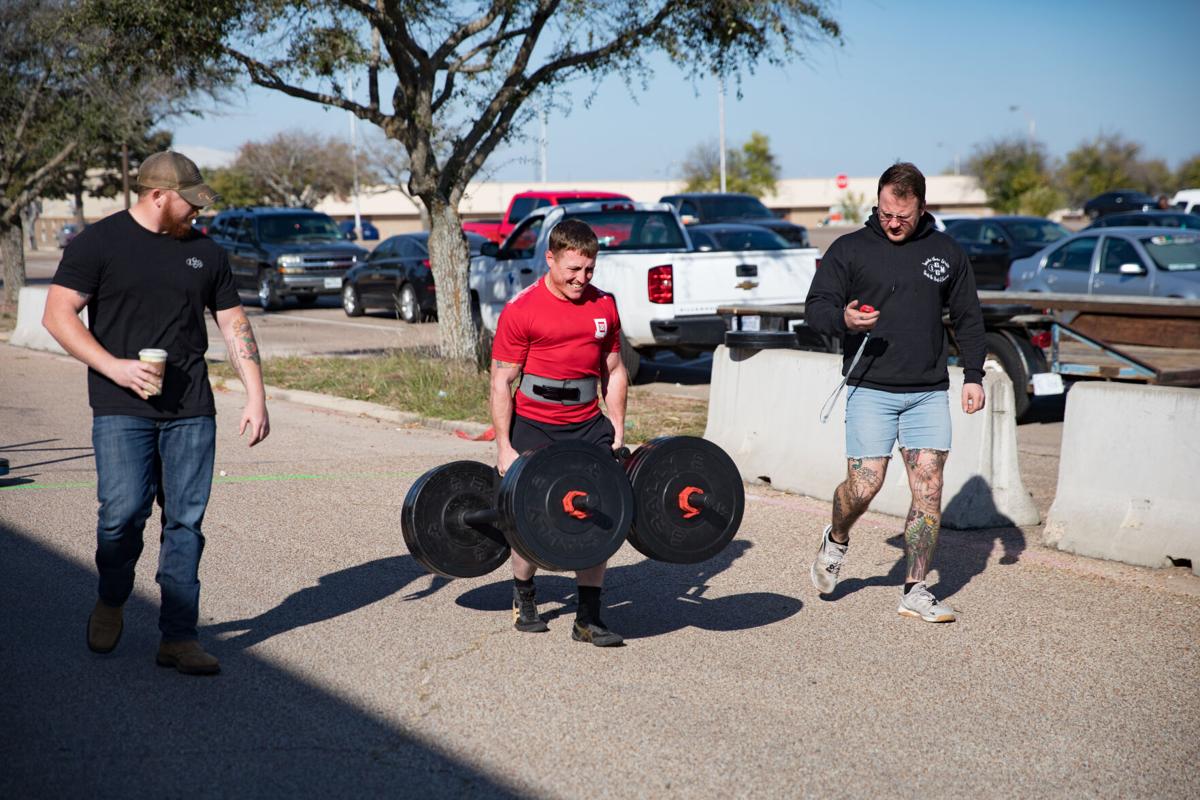 Participants and onlookers gathered at the front of the Warrior Way Fitness Center for the Fort Hood Strongest Competition Saturday.

Several participants who signed up have an interest in strongman competitions, while others wanted to see what they were capable of doing.

“I just want to get more Soldiers involved with strength competitions. I’ve done two competitions within the past month,” Staff Sgt. CJ Dimino, Company B, 2nd Battalion, 5th Cavalry Regiment, Bravo Company, said. “We’ve integrated some atlas stones at our unit, some strength circuits, this is definitely somethings I’m trying to get other Soldiers involved in.”

“Just to see where I stand. I just came out to put my name out there and say, ‘Hey, I might be a lower weight, but I can still put up these numbers,’” Sgt. Travis Boreni, 68th Engineer Construction Co., lightweight men’s winner, said. “I learned a lot coming out here that I didn’t know. I learned the proper techniques of some of these strongman lifts and it’s no joke. It takes a lot out of you, but it’s rewarding at the same time.”

“I’ve wanted to do a strongman competition for a hot minute. I played professional baseball, I’ve done a powerlifting meets. I trained strongman because I liked the events, the versatility of all the stuff, but I just never pulled the trigger,” Capt. Paul Geuy, DENTAC, middle weight men’s winner, said.

Between the three Soldiers, the deadlift and Ricky’s medley (a farmer’s walk and yoke carry) were the most enjoyed events of the competition.

“By far the deadlift, next to the deadlift, I’d say Ricky’s Medley,” Dimino said of his favorite part. “Just a good test of cardiovascular and strength. I just like the combination of the two events; it’s fun.”

“The easiest one was the deadlift though because I just rocked that the whole time,” Boreni said.

“I loved the medley,” Geuy said. “I’m a big lower body guy. I love anything heavy carry or throws.”

Dimino and Guey said the Atlas stone was most challenging, but using tacky (a sticky substance that helps with grip) made it a little easier.

“First time ever using the atlas stone using tacky,” Dimino said. “I didn’t think I had it in me and then I was able to get that stone up and it just built confidence in me.”

“I’d never done it before,” Geuy said. “I’ve picked up (an Atlas stone) once or twice incorrectly.  It was actually not as bad as I thought. It was definitely a challenge, but once I got the swing of things, it just kind of clicked.”

“As far as being combat arms myself with evacuating a casualty on a litter, taking fire in combat, dragging somebody to safety. Just applying strength, even if you have to disarm somebody or just being a strong Soldier – mental fortitude stuff like that. That’s why I think it applies,” Dimino said. “Honestly, to be a better Soldier you should do strongman, that’s my personal opinion.”

“Strongman is incredible for just overall fitness because it’s like cardio and heavy stuff. You’re not only strong, but you’re an athlete,” Geuy said. “If you’re an 11 Bravo or if you’re in the artillery you’re going to be carrying heavy

stuff anyway. (In this competition) you have a little fun with it and have some friendly competition in a safe way. It’s a good atmosphere.