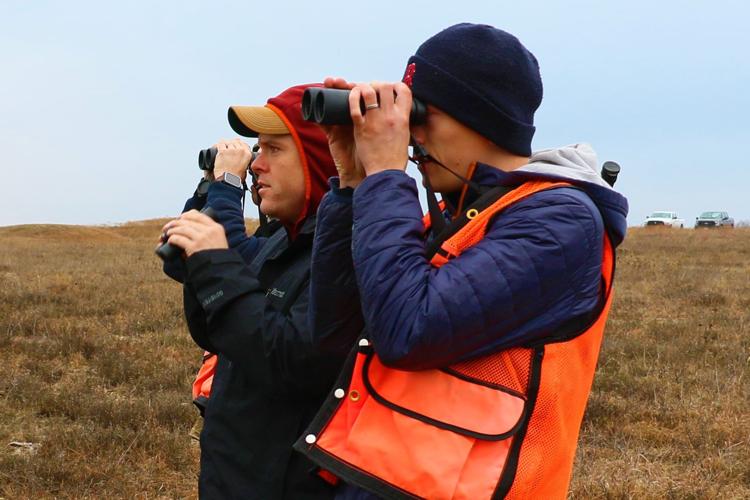 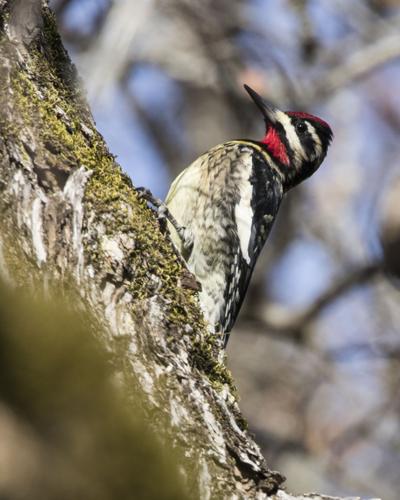 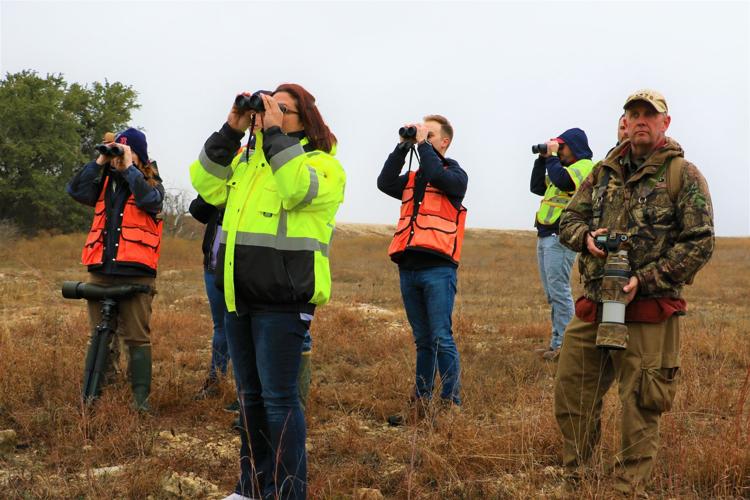 Sgt. 1st Class Joshua Buck, Headquarters and Headquarters Company, 89th Military Police Brigade, isn’t a biologist and neither is John Kostecki, a designer for Dominion Energy, but like thousands of others from North America to South America, they participated in an annual event called the Christmas Bird Count.

“It was an awesome opportunity,” Buck said. “It makes you appreciate the place you live more and it broadens your horizons and opens your eyes to different things that are going on with Fort Hood wildlife.”

“Service to the community is a big initiative for Dominion Energy,” Kostecki said. “I enjoy the partnership, especially working with DPW Environmental. Volunteering alongside avian experts is a learning opportunity and helps us to get to know our military community better.”

Charlie Plimpton, biologist, AIM, explained the count is a community service effort that helps gain a census of the bird population.

“It’s a two-prong approach of trying to get a status of the bird population from year to year within Fort Hood’s 15-mile circle, by trying to count the quantity of every single species.” he said. “Also, it’s an opportunity to spread awareness of bird conservation and get the public engaged.”

Plimpton explained that anyone can participate in the count, since volunteers are teamed with avian experts.

“For less experienced birders, it’s a chance to go out with an expert and practice their identification skills,” he said.

“The best part for me was to get outside and help out with what is going on with Natural Resources branch and learn some things from Charlie and the AIM team,” Buck said. “It was a great day all around.”

The most notable bird of the day a Ringed Kingfisher found along the Cowhouse Creek. It is considered a rare bird for this area, but it has been seen there in years past, but never on Fort Hood’s count. There were also many firsts documented that included a Greater Scaup, Forster’s Tern and Brown Creeper.

Volunteers and avian experts covered a variety of habitats ranging from expansive grasslands, bodies of waters to marshes, wetlands and recently burned areas within the 15-mile circle. Since the circle also encompasses Killeen and housing units on Fort Hood, in the future, Plimpton would like to encourage these individuals to also participate.

“Anyone with a birdfeeder in their yard can help during the count as a feeder watcher,” he said. “They would record the total number of each species seen at their feeder and submit that data to us.”

By the end of the count, 103 species were counted. Plimpton plans to continue the Christmas Bird Count tradition and hopes to inspire future birders.

“It’s a great opportunity to encourage the public to come out each year,” he said. “We’re hoping CBC participants, and others involved, will continue to volunteer and spread the word about the importance of bird conservation.”